What does the Marco Belinelli signing mean for the Spurs?

The Spurs added their first free agent, Marco Belinelli. Here's a look at how he should fit in with the boys in San Antonio.

Share All sharing options for: What does the Marco Belinelli signing mean for the Spurs?

The Spurs have secured the services of Italian sharpshooter Marco Belinelli and I for one, like it. We don't have the details of the contract fully pinned down yet (and won't until the 10th, an perhaps not even then) but reports are that it's a two year, $6 million dollar contract -- possibly, a little lower. That's a good deal for a proven player that fits the team as well as Belinelli does.

If Belinelli is expected to become the team's Manu, even though Ginobili isn't, at 35, exactly the best version of himself, Spurs fans will certainly be underwhelmed. Belinelli's scoring off pick and rolls last season was just fine, but he is not the best finisher, and he lacks creativity as a playmaker. He is not as disruptive defensively as latter-career Manu is, and his rebounding is inferior as well. So he's far from a complete player and nowhere near Manu's level.

But if he was brought in to replace Gary Neal, he's likely to be a fantastic get.

Belinelli is a career 39% shooter from the arc and 80% from the line. While Gary Neal has better career percentages, last season saw a dip in his three point production. Playing for the Bulls, Belinelli shot 41.5% on spot up threes, 36% coming off screens (in just a few attempts) and 35.3% as the pick and roll ball handler, according to MySynergySports.com. Those numbers were all better than Gary Neal's last season, which means it's possible to say the Spurs upgraded slightly in shooting. Even if Neal's ability to hit off-the-dribble three pointers at a higher rate makes them comparable marksmen, Belinelli was a significantly better defender by the numbers, and he got to the rim more while having a comparable conversion rate. Not to mention he got to the line twice as often as Neal.

What is up with the Spurs' salary cap situation? 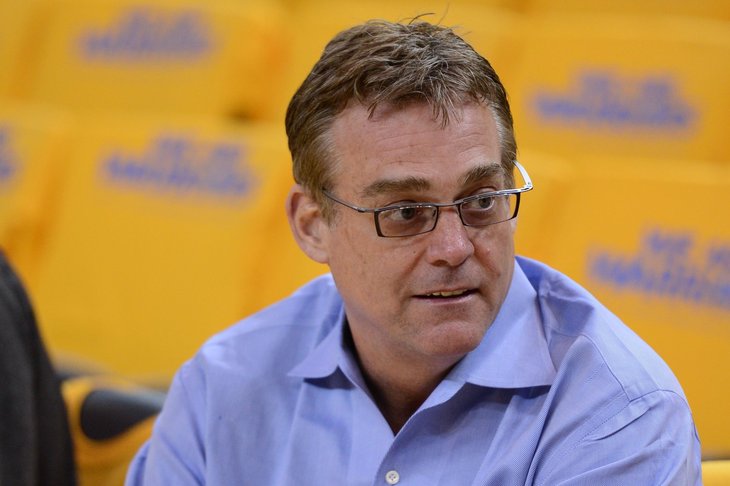 It's been a busy week for the Spurs. They re-signed Tiago Splitter, and Manu Ginobili -- and now they've signed Marco Belinelli. So where does that leave them in terms of the salary cap?

Since the Spurs have four poing guards already under contract, losing the option of playing Neal at the point is not that big a deal, and Belinelli's potential to occasionally slide over to the three is significant. At 6-5, Belinelli is longer than Neal and he could be an option to guard back up small forwards when he shares the court with Ginobili. Overall, this seems like a just the kind of low-risk, medium-reward signing the Spurs are known for. I don't see a way Belinelli forgets how to shoot, especially with the open looks he'll get in the Spurs system. How well he can adapt to the different defensive style of the Spurs after having the more mobile Bulls bigs to help him out last season will be what determines how valuable a contributor he can be.

Compared to Neal, Marco is younger, considerably longer, a better defender and a comparable shooter. And I'm happy the Spurs went went with the Italian over the beloved Nail. It's hard to see Neal re-signing now, so I wish him the best and hope he gets a sizable deal. He deserves it considering the bargain-basement contract he had with the Spurs.

Green as a trade chip?

The other possibility to consider is signing Belinelli allows the Spurs to explore trade options that include Danny Green. Belinelli is not the shooter or defender Danny is, but if he proves reliable enough, the Spurs could use the great trade asset that the underpaid Green represents to shore up a deficiency elsewhere. Combining Green's and Bonner's expiring contract would give the Spurs around $7.5 million dollars. That's enough to trade for Anderson Varejao or Thadeus Young. Still, I'm getting ahead of myself. Until Belinelli proves he can contribute, the Spurs should not even entertain the notion of trading Green. And even if the Italian proves to be a good option, losing Green could be too tough a blow unless it's for the right player.

For approximately $3M/year, Belinelli is a terrific signing for the Spurs. Compared to Neal, Marco can shoot as well, defend better, and play limited stints at the three, as well as his natural shooting guard position. Belinelli doesn't necessarily plug any holes like a long, mobile forward would have, but his shooting makes him a great fit. Plus, as I said earlier this morning, the Spurs still have options and can still sign someone else.