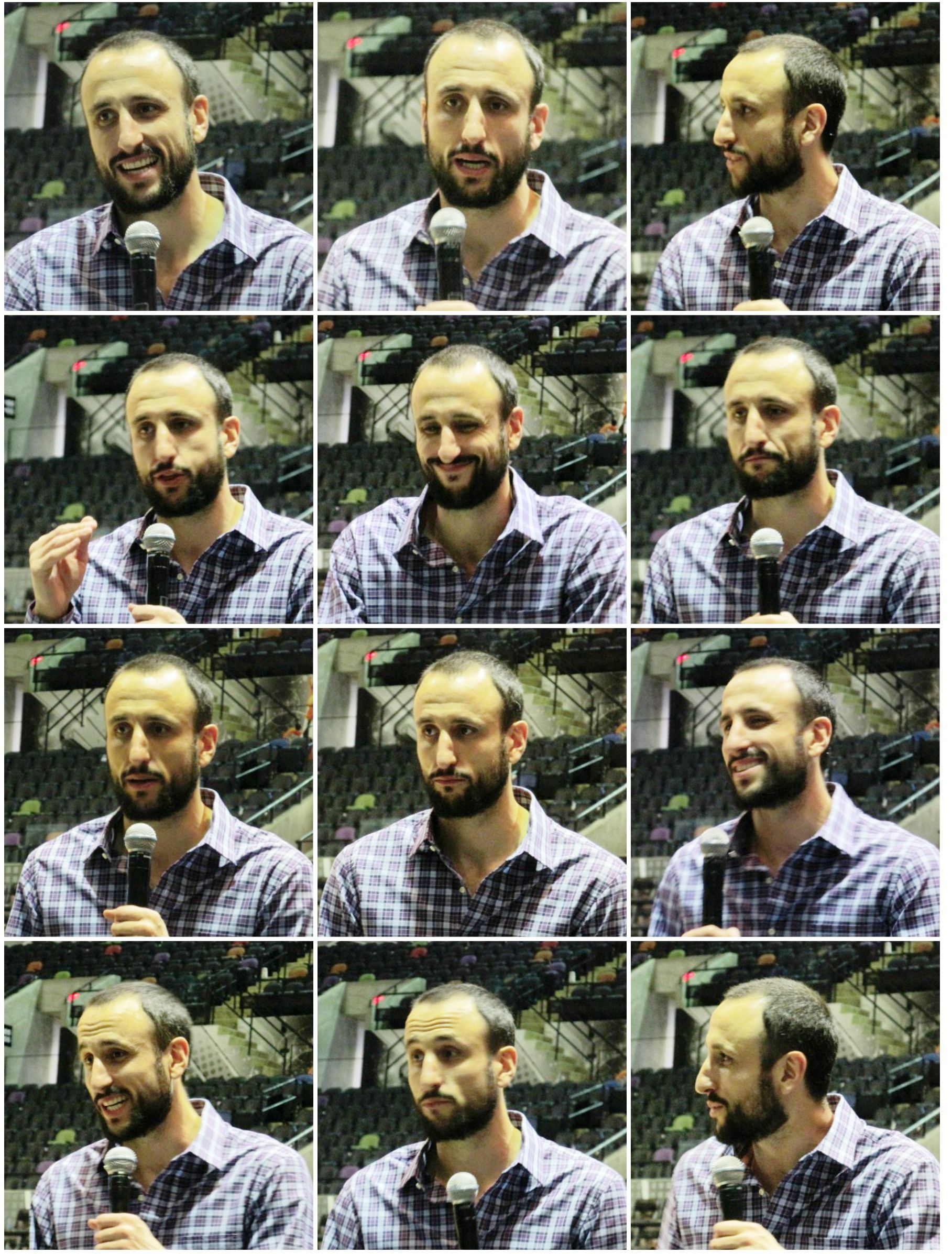 Following the Bulls game on Sunday afternoon, Manu met with season ticket holders. I am always amazed by how comfortable he is with fans as well as his sense of humor and his candor.

Among the many things he said this afternoon -

Favorite shot of his career: In international ball, it would be his last second shot against Serbia in the opening game of the 2004 Olympics (Argentina would go on to win the gold medal). As a Spur, it was his game-winning three against the Warriors in 2013. When Bill Schoening, who was moderating the talk, mentioned his dunk on Bosh in last year's Finals, Manu said that was an important shot for the team in that situation, but as a player, "you always like the game-winners."

How difficult was the adjustment coming to the US to start his NBA career: He did not have a difficult time adjusting to the culture in the US. He spoke English well, although with a much heavier accent. He also said his English was "textbook English," and he had to learn "basketball English." His biggest adjustment came in having to learn the NBA game after playing international rules, with even a different ball, and he also cited the well-documented adjustments both he and Pop had to make.

His plans after his career with the Spurs ends: He first did not say he saw an end in sight at the present time - time would tell on that. He has not made specific plans, but anticipates travelling back and forth between the US and Argentina. He did mention that he has not spent a summer in Argentina since 1995, since their seasons are reversed from ours. And he also wants to travel, not as a basketball player with all the concerns about the next game that involves, but as a tourist. And of course, he wants to spend time with his family. (His young sons played on the court after the game, the twins a blur of activity, and tiny Luca (11 months) showed off his newly acquired walking skills.) Someone in the crowd mentioned coaching, and Manu replied with a quick "No." (but he didn't say "never", and I suspect he might do a little in Argentina with the national team - just my feeling)

What he sees for the Spurs this season: He cited that the team is finally rounding into form and seeing game-by-game improvement. He said the West was so good this year that he thought any of the top 8 teams could make it to the Finals.

What a treasure he has been - just total class.