A Portrait of Tiago Splitter

The tenth in a series of profiles on each member of the 2013-2014 San Antonio Spurs.

Share All sharing options for: A Portrait of Tiago Splitter

After experiencing a summer of rejection -- first by LeBron James and later by a famous ESPN personality -- the Spurs' oft-maligned big man got the last laugh. 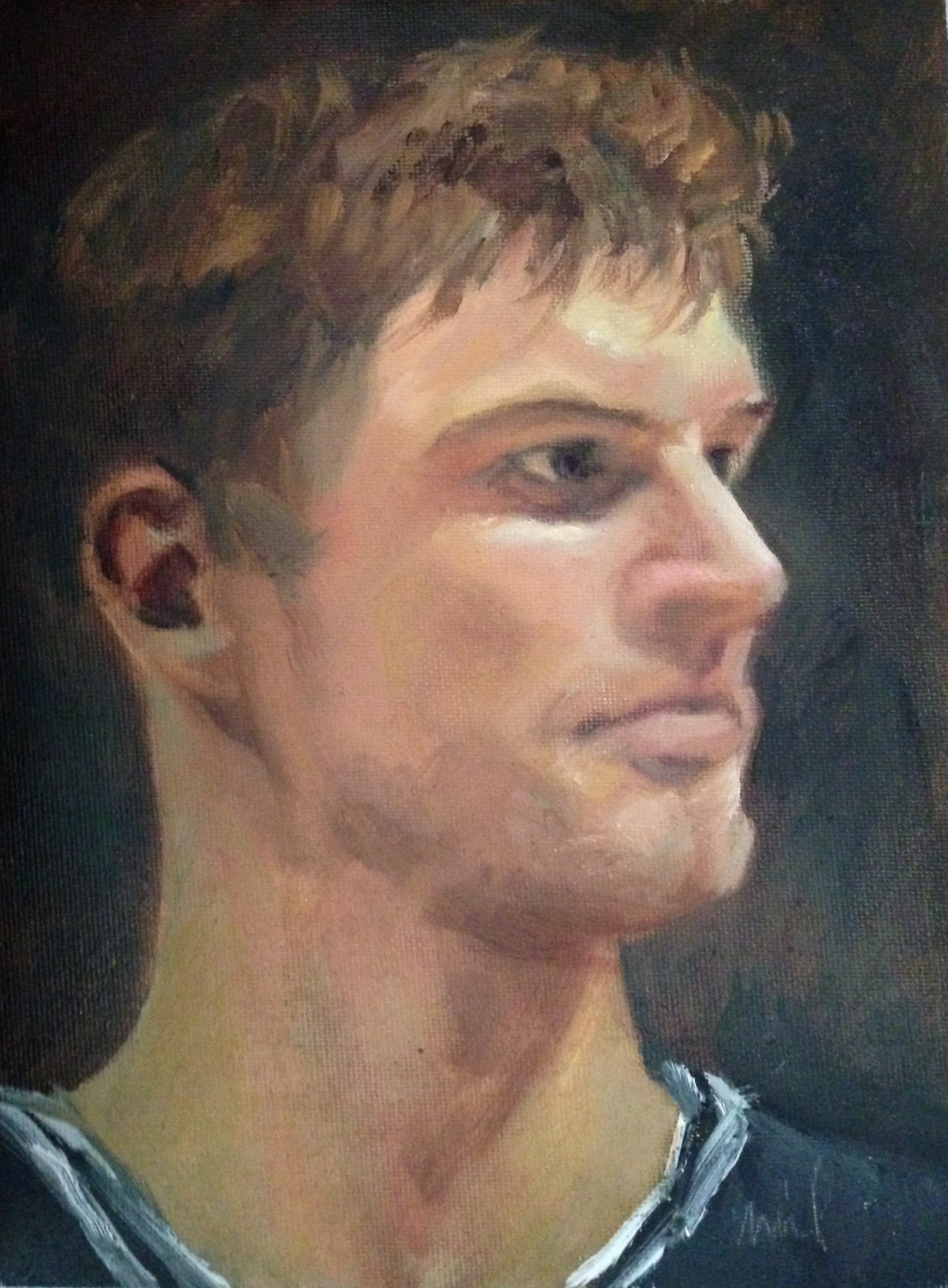 Tiago Splitter spent the better part of the summer of 2013 and past regular season being something of a laughingstock.

In Game 2 of the 2013 Finals, the ground-bound Brazilian center was emphatically blocked by LeBron James at the apex of his dunk attempt. The league's four-time MVP, who's at least two inches shorter than Splitter but far more springy, reacted to this play like it was some extraordinary feat, turning his back on the fast break his swat begat to soak in the adulation of his fans. The highlight was replayed endlessly throughout the summer and fall, perhaps more so than any play in those Finals except for Ray Allen's game-tying 3-pointer in the waning moments of Game 6.

Splitter's summer wasn't quite as nightmarish as that of fellow South American Manu Ginobili, but it wasn't far off. Nevertheless, as a 28-year-old free agent coming off a productive season as a full-time starter, he was rewarded with a four-year, $36 million contract to stay with the Spurs. None other than ESPN.com's Bill Simmons panned the deal and called Splitter the 23rd most overpaid player in the league. (I'd argue that most that rosters of the Nets and Lakers could fill the top two dozen spots by themselves.) Some idiot blogger (me) even defended Simmons, albeit conditionally.

The truth of the matter is that it's hard to make a case for Splitter's 2013-14 regular season. His numbers were down in virtually every category, including games played, minutes, points, rebounds, field goal percentage, free throw percentage, steals, blocks and even the more advanced stuff like PER and WS/48. The only defensible aspect of his campaign was, well, his defense. The Brazilian's 94.5 Defensive Rating led the league among players who averaged 20 minutes or more. What that means is that even though he averaged one block every two games, he "maintained his verticality" to protect the rim as well -- or even better than -- any big man in the league, including the far more celebrated Roy Hibbert.

The numbers don't have much to do with Tim Duncan's presence, either. In fact, according to NBAWowy.com, the Spurs had a better defensive rating with Splitter on the floor and Duncan on the bench (96.7 in 597 minutes) than with the two of them playing together (97.4 in 674 minutes).

Somewhat surprisingly, once the playoffs rolled around, Splitter and Ginobili, two Spurs coming off lackluster regular seasons and disappointing playoffs, were the team's two best players in the first-round series against Dallas. Not only did Splitter do a far better job guarding Dirk Nowitzki than anyone could have possibly imagined, but it's quite likely that the Spurs would have suffered another first-round upset without Splitter's efforts on both ends of the floor. Even more shockingly, Splitter kept up the strong work against LaMarcus Aldridge in the second round, flummoxing him on the wing and out in space after Aldridge had spent the better part of six games running roughshod over the Houston Rockets.

The two teams that have exposed Splitter's limitations the past three seasons have been Oklahoma City and Miami, and wouldn't you know it, once again those were precisely the two squads the Spurs would have to go through to capture that elusive fifth title. Splitter enjoyed a couple of productive games at home in a pair of blowout wins over the Thunder, but once Serge Ibaka returned to action, he was stifled as before. As I wrote in my reaction to Simmons' column, the problem against those smallball teams isn't Splitter. It's the fact that he and Duncan cannot play together against smallish teams filled with freakish floor-stretchers. The rules are set up where legal zone defenses don't allow for "twin towers" setups anymore. Unless one of your bigs has good shooting range, there is no room to operate in the paint.

If anyone tells you that Splitter didn't do much the last two rounds of the playoffs, feel free to set them straight. He didn't play much, but he was superb when he played. In fact, not only did Splitter average more minutes during the playoffs than he did the regular season, but he was third on the club in postseason win shares behind Duncan and Kawhi Leonard, and he led the team in WS/48 with .239. Any way you slice it, Splitter was clutch when it mattered most.

The numbers are well and good, but true redemption requires a narrative arc, doesn't it? Splitter enjoyed a measure of revenge against Miami, leading a comeback with nine straight Spurs points overlapping the third and fourth quarters of the series opener. But even sweeter, he turned away James at the rim on a would-be layup.

For some reason, that play hasn't been shown over and over again, but it happened all the same. In the championship clincher, Splitter swatted away Dwyane Wade's dunk attempt, leading to a three from Patty Mills at the other end and jubilation in the AT&T Center not long after.

Unlike James a year ago, Splitter didn't turn his back on a live play to let the cheers wash over him. He was doing what he's always done in times good or bad. He looked forward.