A portrait of Tony Parker

The fourteenth in a series of profiles on each member of the 2013-2014 San Antonio Spurs.

Share All sharing options for: A portrait of Tony Parker

From forgotten hero to role player on a champion, Parker has had an unparalleled career in San Antonio. There have been ups and downs, but he'll go down as the most successful point guard of his generation. 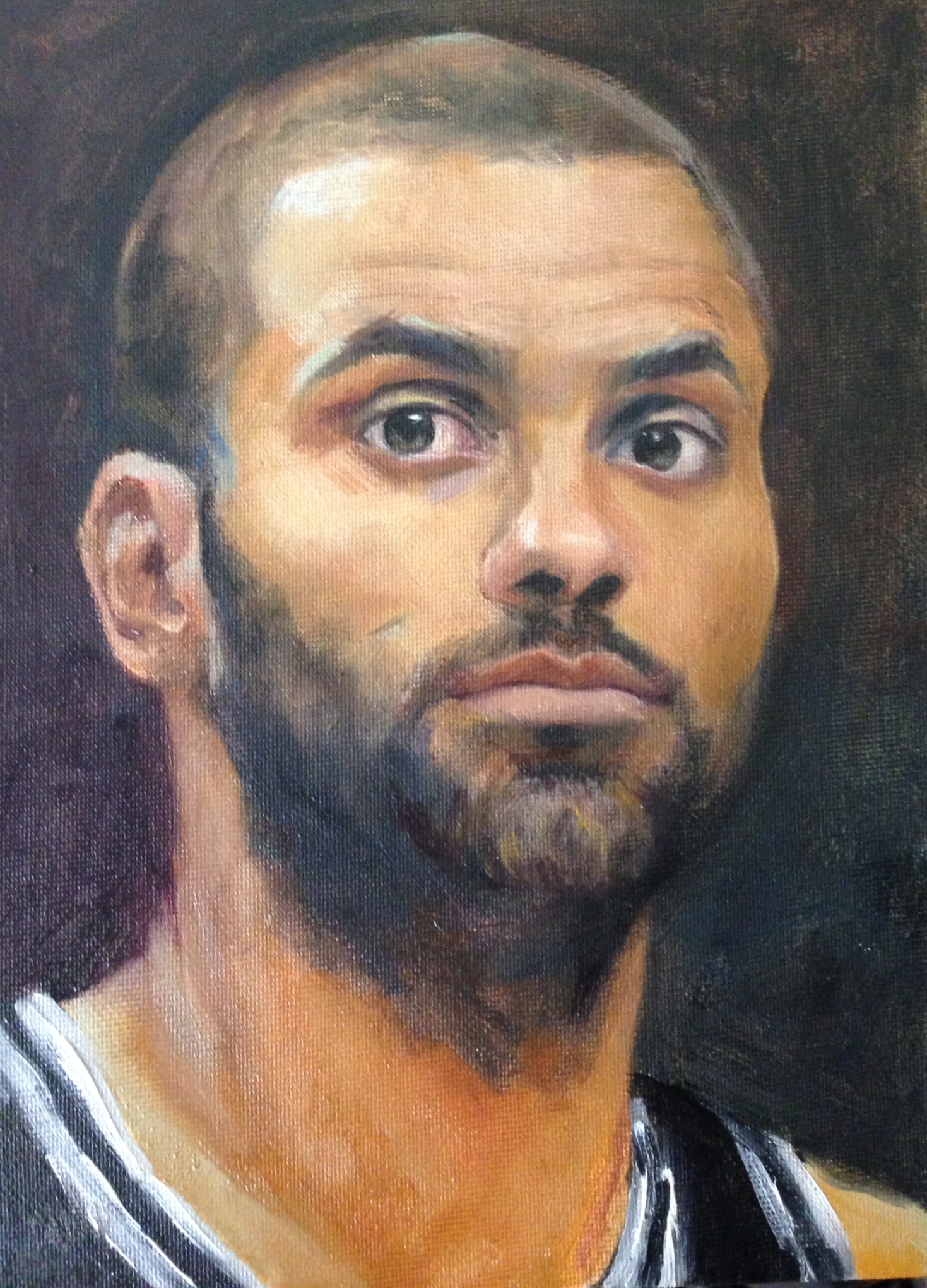 When I think of the iconic moment of Michael Jordan's career, the one highlight clip that defined his greatness as a player, beyond the dunk contest slams and the switching hands flip layup against the Lakers in Game 2 of the 1991 Finals and the six first-half threes and the "I don't know what's going on either" shrug to the broadcasters, I think of the final minute of Game 6 of the 1998 Finals against the Jazz. You know the play. You can picture it in your mind's eye, right now. Bulls up in the series 3-2, clearly on fumes as a team, down three in the game with less than a minute to go. Jordan blows by Byron Russell for a layup, steals the ball from Karl Malone on the other end, isolates against Russell as the clock's winding down, pushes off to get space, and buries the 20-foot jumper to give Chicago its sixth championship.

It's one of the best sequences in NBA history.

The thing is, Tony Parker just about pulled off the exact same thing, and nobody will ever remember it, thanks to Ray Allen.

Consider all that happened in those 29 seconds. The Spurs were up 3-2 of the 2013 Finals and trailing the Heat by three points with less than 90 seconds to go in Game 6 at Miami. Parker, who was far from 100 percent after re-aggravating a hamstring injury in Game 5, canned a stepback three from the top of the key -- a spot on the floor he almost never shoots from -- over the outstretched arm of LeBron James. He then steals a pass from Mario Chalmers on the other end, races down the floor, backs down the bigger Chalmers in the post before anyone can react, hits him with a wicked spin move and drops in the short floater for a two point lead, sucking the oxygen out of AmericanAirlines Arena with 58 seconds to go. Two more panicked Heat turnovers, three Manu Ginobili free throws and the Spurs were up five and then ... stuff happened.

Here's how much better the Spurs were than the Heat the past two seasons: In the final two games of the 2013 Finals Parker was dragging around with a bad leg and shot 9-of-35 combined, Danny Green shot 2-of-19 combined and Ginobili threw away 12 turnovers and still they were in position to win both games. When all three played better in 2014 and Boris Diaw played more aggressively, well the results speak for themselves.

In the aftermath of those 2013 Finals, Kawhi Leonard and Tim Duncan got all the "what-if" Finals MVP plaudits, but Parker has a very strong case. He led the Spurs with 21 points and six assists in their Game 1 win and had that miraculous hoop at the end, again with James defending him, to ice the game. Ginobili got all the headlines for his 24 points and 10 assists in the Game 5 win -- the Manu game -- but Parker quietly led the Spurs with 26 in that game. In Game 6 the Frenchman was clearly struggling and had shot 4-of-16 up to those final 90 seconds of regulation, but then he had those heroics that should've won the championship. In fact, history will forget that Parker, who was a legitimate MVP candidate for the lion's share of the 2013 season, had a fantastic playoffs overall, clearly the Spurs best player against the Warriors in round two and the Grizzlies in the Western Conference Finals.

Sometimes greatness gets lost thanks to one or two fluky events.

In a way, the 2014 season will go down as a microcosm of Parker's career. He's always been overlooked and under-appreciated by Spurs fans, NBA fans, and the media as a whole. For all the credit I gave Green for persevering through Gregg Popovich's tough love, no Spur has had to endure Pop's relentless venom longer than Parker, who's constantly has to deal with seemingly contradictory instructions from the skipper. When he has shoot too much, Pop got on him to pass more. When he has passed too much, Pop railed on him to be more aggressive. Being a Spurs point guard is often a thankless, impossible job, and Parker's mastered it like no one before and quite likely no one ever will again.

Parker's always been far tougher, both physically and mentally, than anyone's given him credit for, always been more clutch than his more-celebrated contemporaries, and just plain better than anyone will admit. When it's all said and done, it's Parker -- not Steve Nash, not Chris Paul and certainly not young pups like Russell Westbrook, Kyrie Irving or Stephen Curry -- who will go down as the most accomplished point guard since Isiah Thomas. Year after year, while his peers get regular season awards, it's Parker who leads all guards in field goal percentage, holds up physically to play more games, and leads his team deeper into the playoffs. It's Parker who's perfected the art of blending into the background when a teammate has it going and taking over when they don't. He's learned to sublimate his ego -- a Spursian trait if ever there was one.

In a season spent nursing "a variety of maladies" to borrow a phrase from Pop, it was only fitting that Parker missed the second half of series-clinchers against Portland and Oklahoma City. Because of how those series ended, few will remember that it was Parker who led the Spurs in scoring in critical wins over Dallas in Games 5 and 7 of the tougher-than-expected first round series. It was Parker who eviscerated the much-hyped Damian Lillard as the Spurs raced out to a 3-0 series lead against Portland. Against the dreaded Thunder, Parker had 14 points and 12 assists in Game 1 and led the Spurs in scoring with 22 in Game 2.

But it was the Finals rematch that showed how far Parker's come as a player. The Heat double and trap like no one else, especially at home where they're particularly intense. A younger, headstrong Parker would've tried to force the issue and take them all on himself, playing right into their hands. An older, wiser Parker was content to sacrifice his stats, dump the ball off to Diaw in the high post and let him be the playmaker. Parker had a modest 15 points and four assists in Game 3, lost in the afterglow of the best game of Leonard's nascent career, but his choreography and control wasn't lost on his harshest critic.

If Parker can inspire that sentiment from a man who tosses out compliments about as often as he tweets, it's probably a clue that we should give the guy a bit more love than we have. Parker is fifth all-time among all point guards in post-season assists, behind Magic Johnson, John Stockton, Jason Kidd and Nash. He leads all point guards in NBA history in playoff scoring and is 12th all-time overall. Maybe Parker isn't quite Michael Jordan, but he's one of the all-time greats and we're probably not going to realize how special he is until it's too late.