Kyle Anderson is flying through the air with the breeze in his hair. There are a few birds flying in a the cloudy sky above him and as Anderson glides above the ... grass ... towards a basketball goal that's -- ok, I have no idea what the goal is doing in this dream. But that's the way dreams go, right? They're just these crazy messages from your subconscious that -- Wait. This isn't a dream?

Oh, it's the NBA Rookie photoshoot. That doesn't exactly explain why someone would be playing basketball in a field, but it at least gives us some context. And that's enough for me to buy in fully. So I've got a treat to share here. In the space below, you'll find every single image released from Kyle Anderson's rookie photoshoot which took place at the Madison Square Garden Training Facility in Tarrytown, New York.

First, there's the group picture. Our young Spur is on the back row, a bit right of center. He's not smiling. That will change.

But not right away. Our first solo look of Anderson has the dramatic lighting you'd expect from a professional photoshoot. He's wearing the Spurs' black road jersey and he has the ball in his left hand, but his expression is somewhat bemused, as though the cameraman just asked him to consider the existentialist message of Rosencrantz and Guildenstern are Dead. 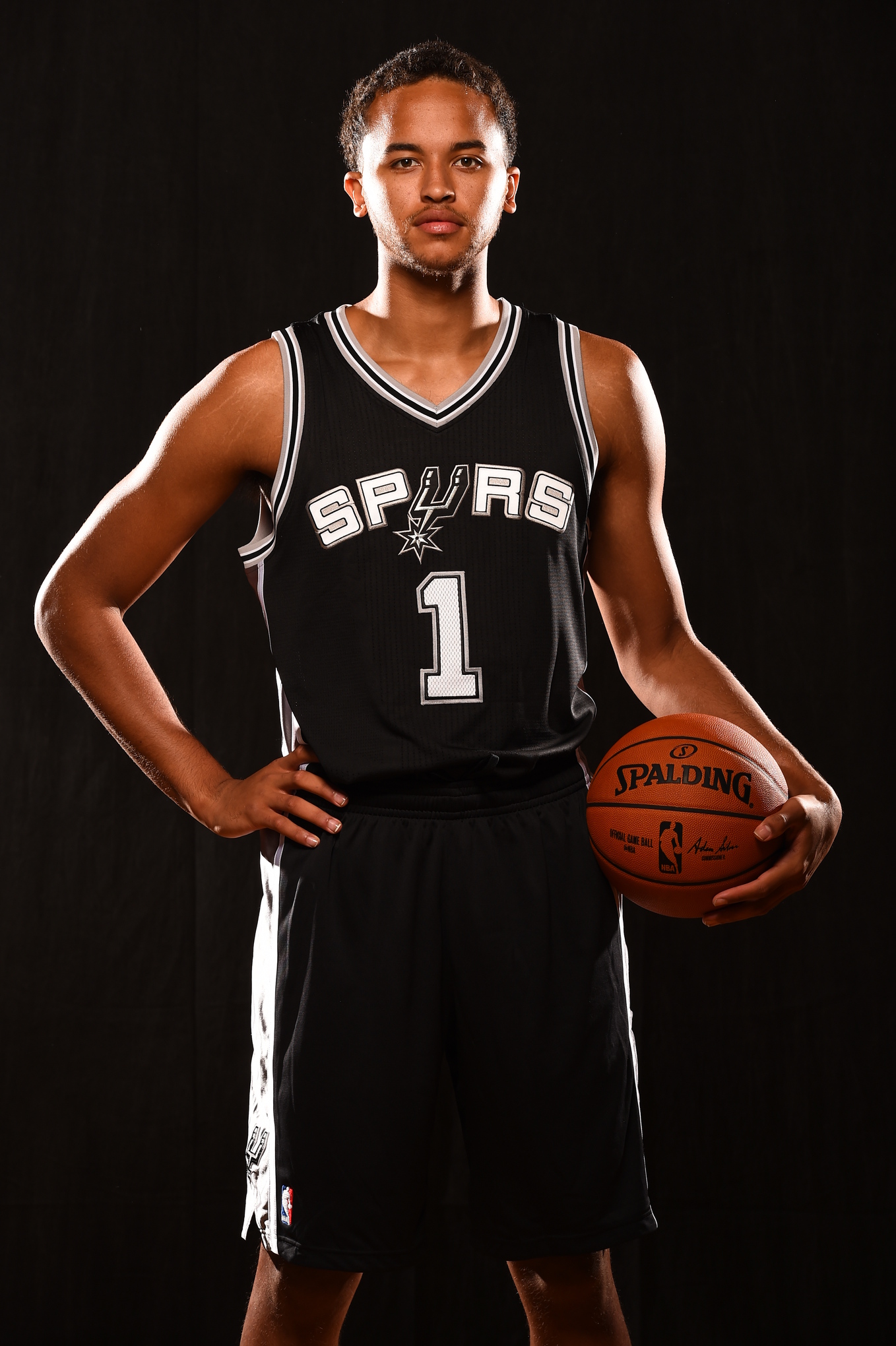 Now he looks a little freaked out, as if he's actually considering it. 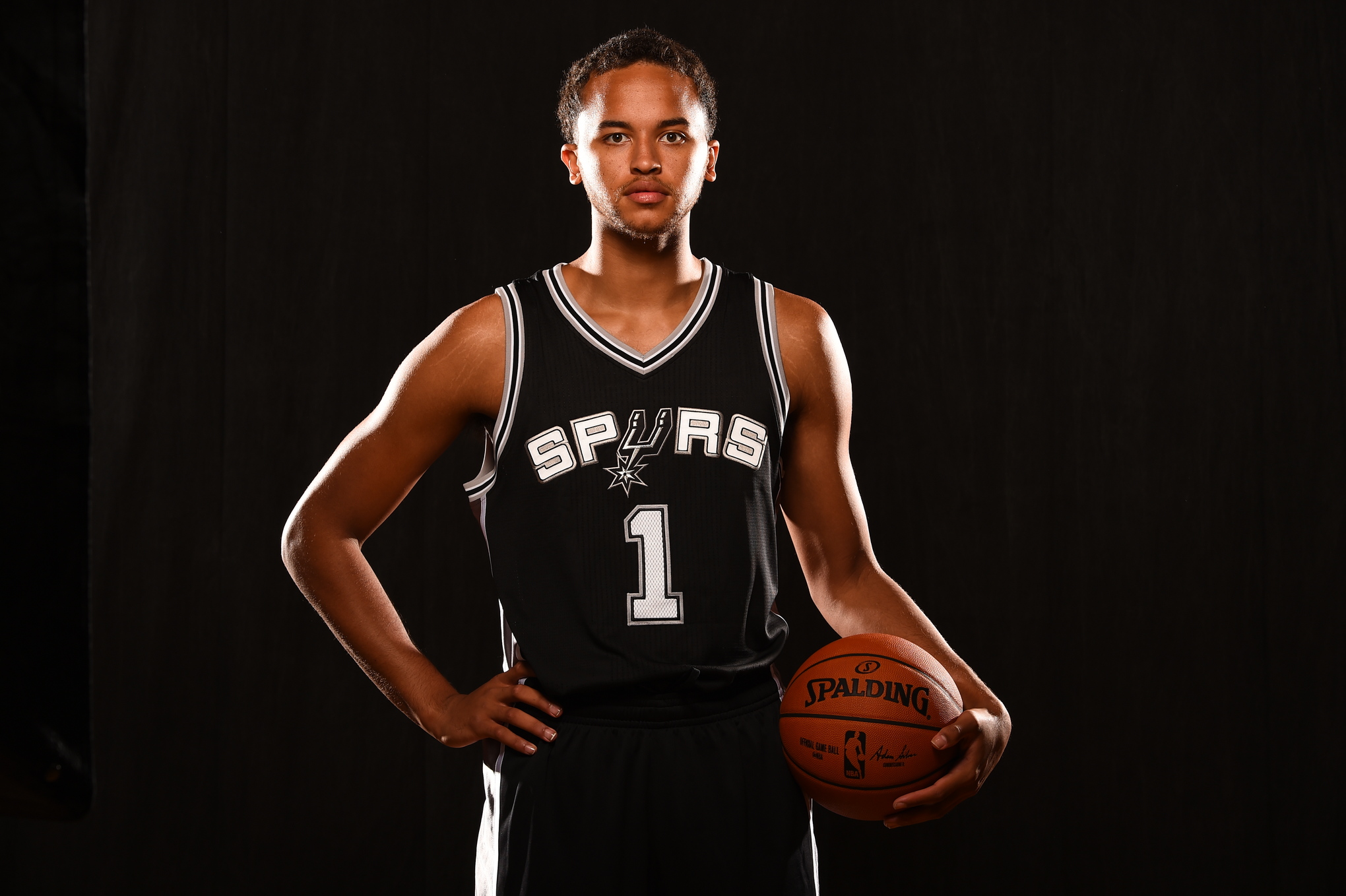 A bit more comfortable here. He's turned to the side and has a bit of a backwards lean. Yeah, this is better. 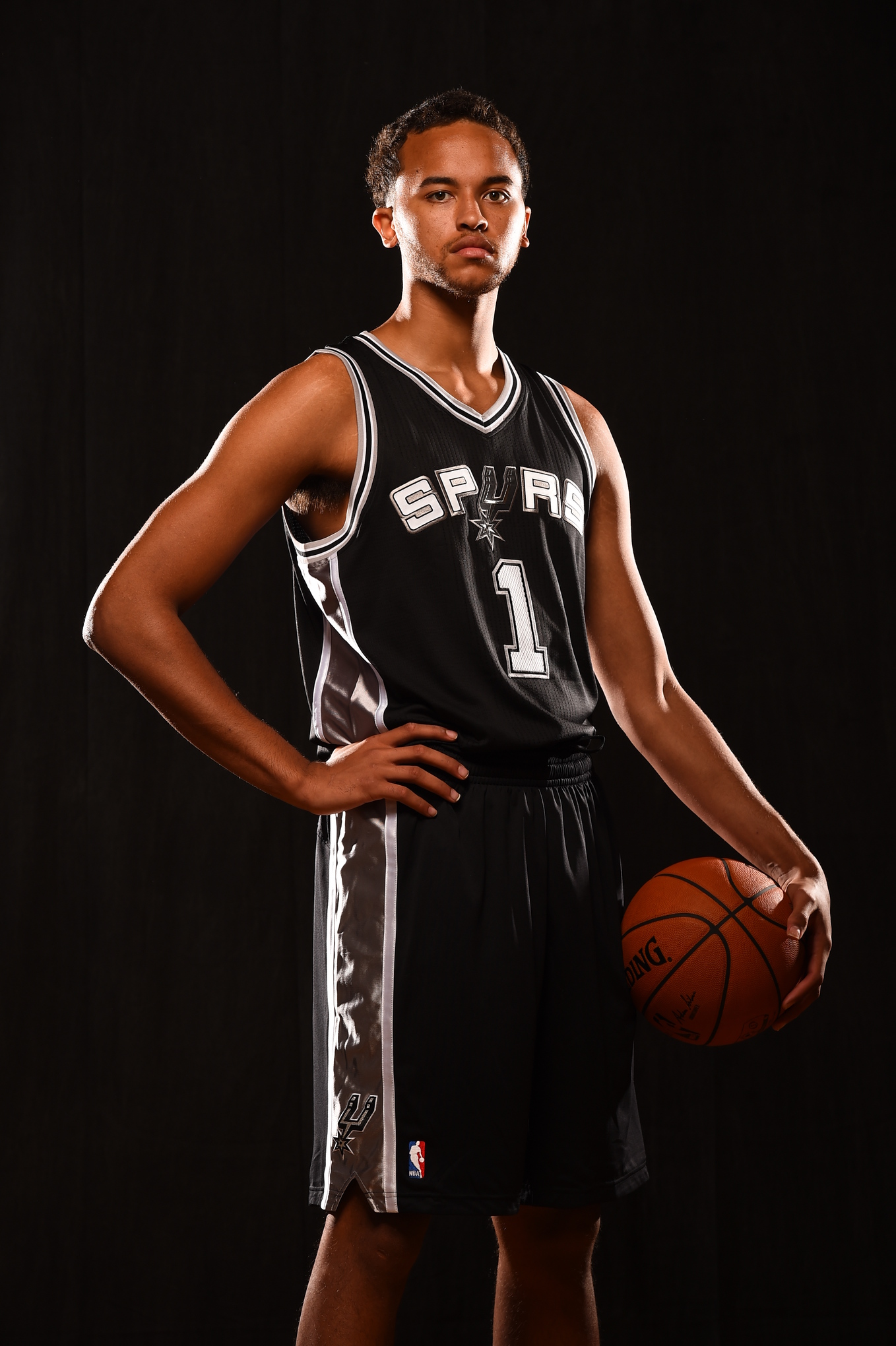 Ok, now we're talking! The basketball is chest-high and held between both hands as he stares down the camera. This is a no-nonsense shot right here. Yesiree. 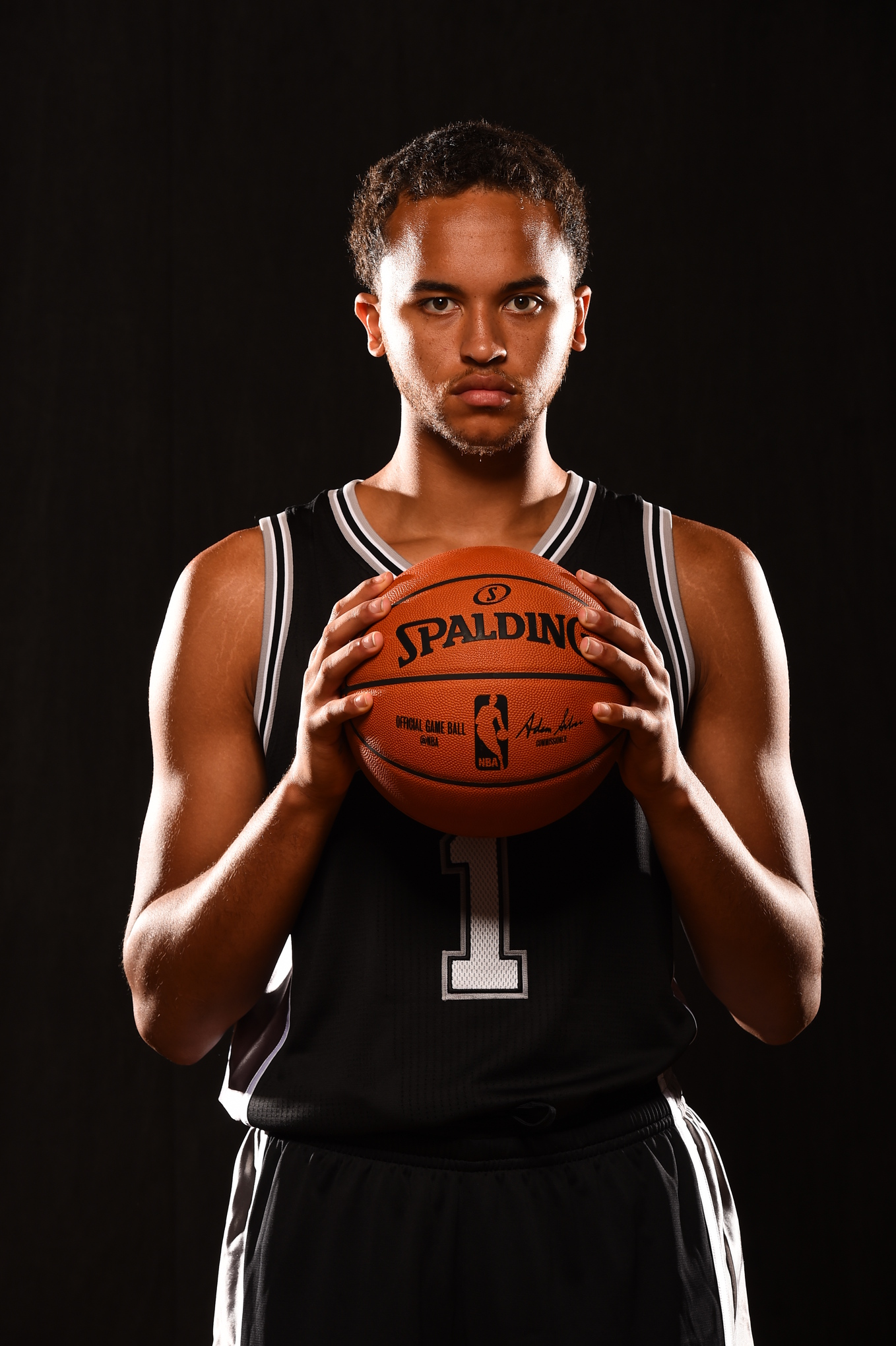 Same feel in this shot only he's turned sideways. I have to say, I'm not feeling this one. Perhaps because of the way the lights hit his ear and cast an old-style-telephone-handset-shaped shadow onto his cheek. Yeah, let's just move on. 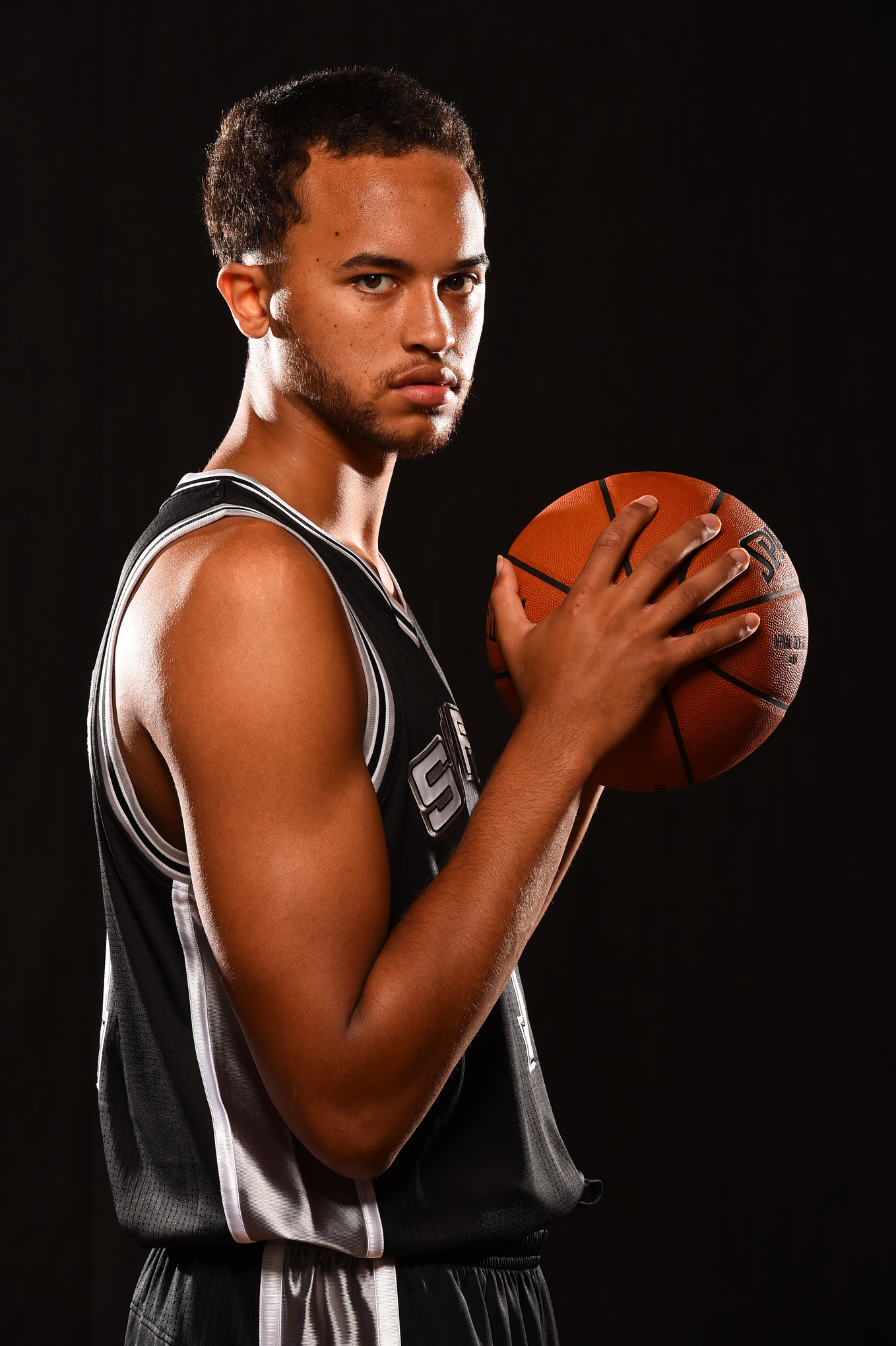 Another good effort that falls somewhat short. Anderson is being shot in front of a backdrop that appears to be a black and white photo of a basketball court. And he's looking off-camera as though he's .... about to pass the ball? I dunno. Move along, please. Nothing more to see here. Move along. 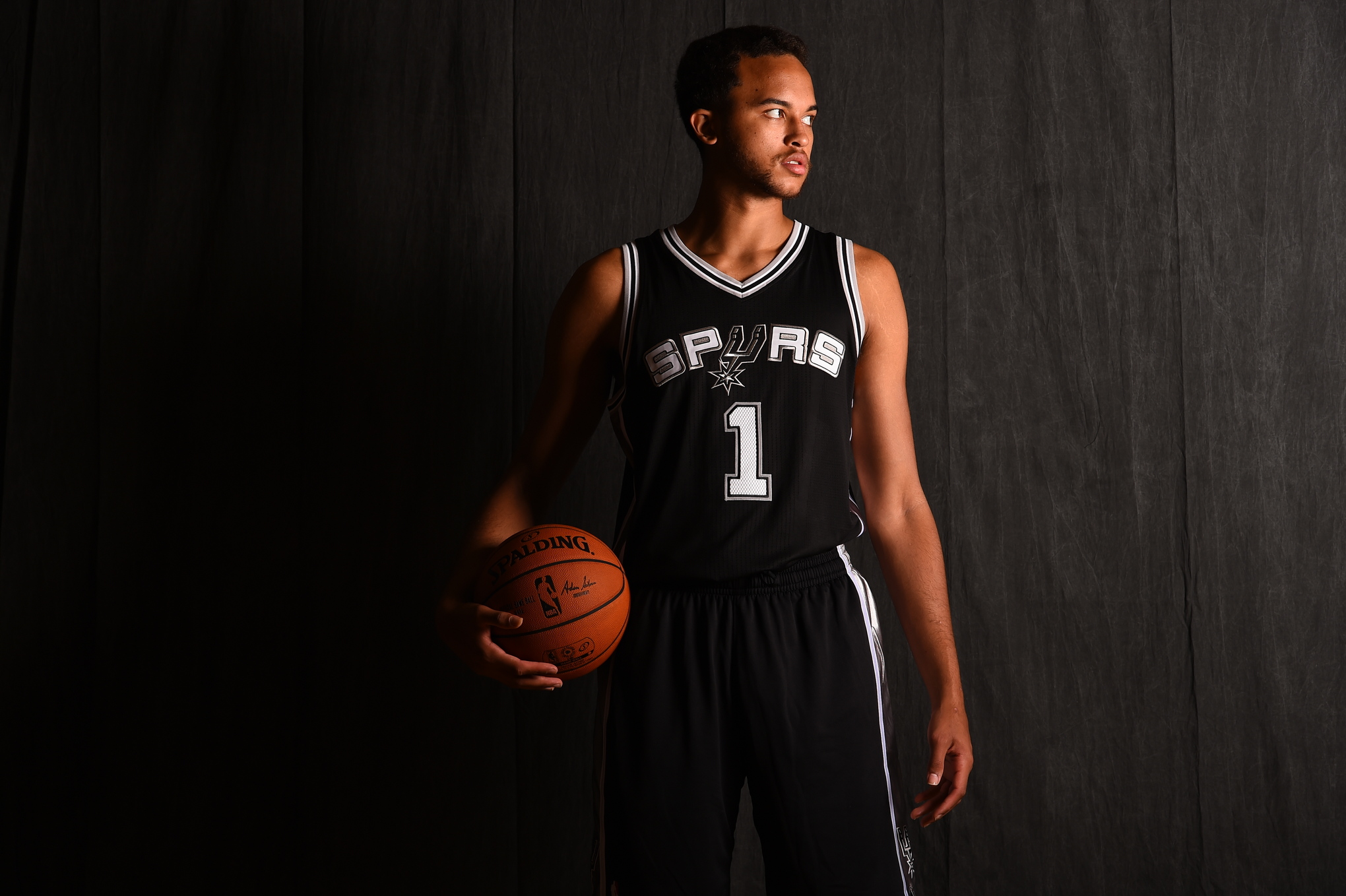 Here's that smile I was telling you about. Anderson looks comfortable, at ease, in the middle of dribbling -- having fun. I even like the natural, atmospheric background. This is my top choice so far. 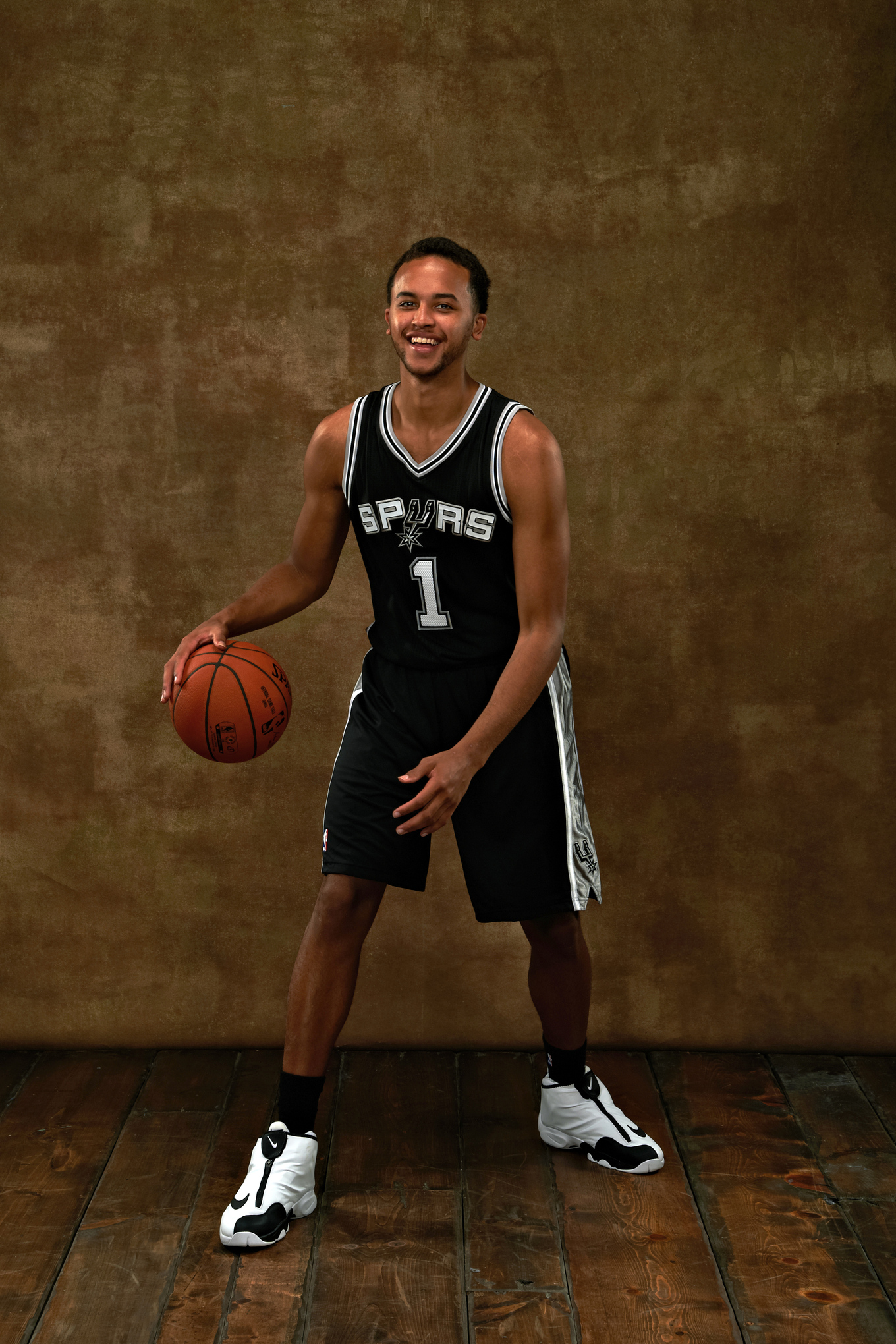 Atmospheric! Artistic! Black and white images now. Ok, the expression is a bit lacking, after seeing the last one, but I see what we're going for here. We'll let these play out and see what it takes us. 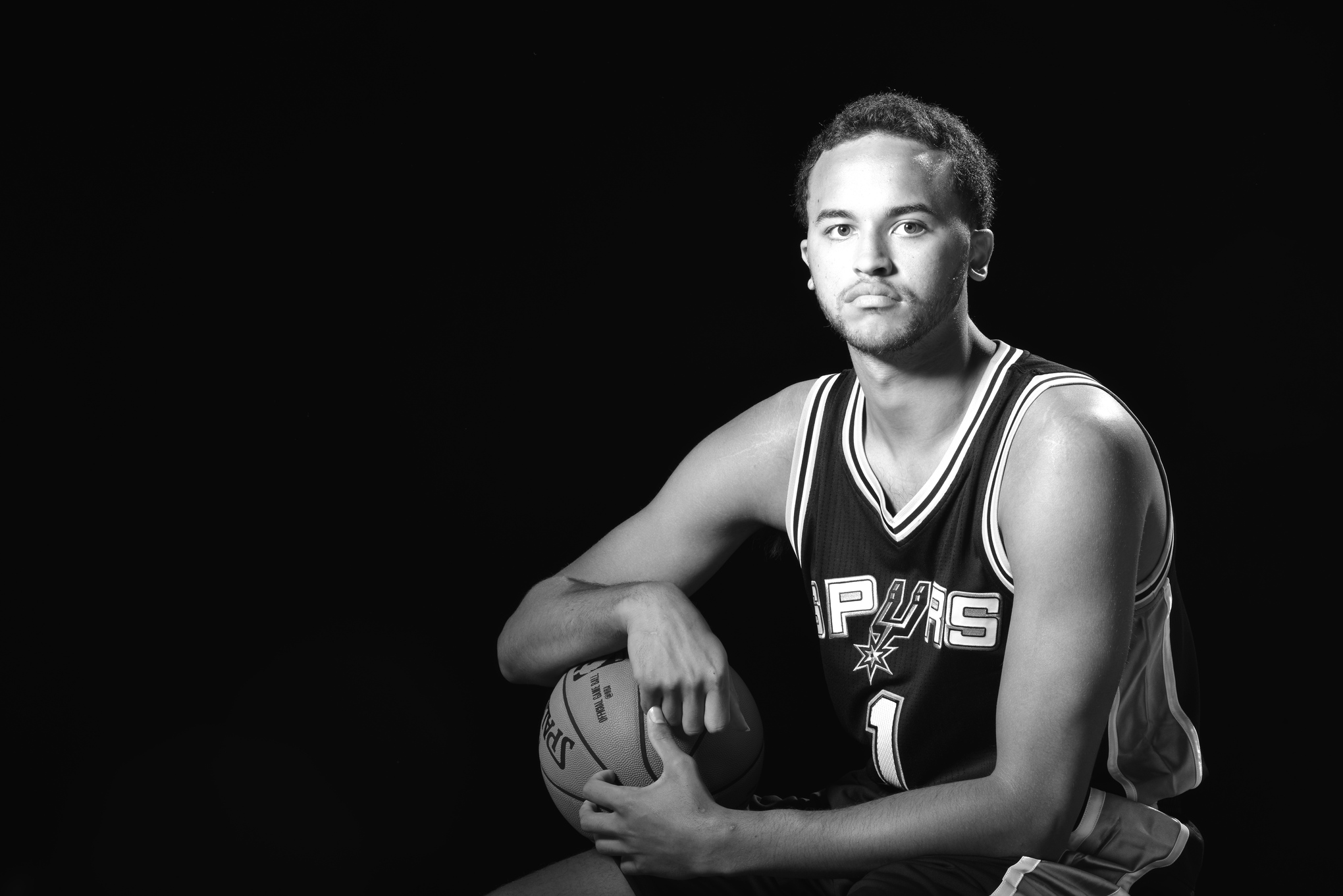 Arms crossed. Elbow on the basketball -- but still nothing in the eyes. I think the b&w isn't showing off Kyle's best side off so far. 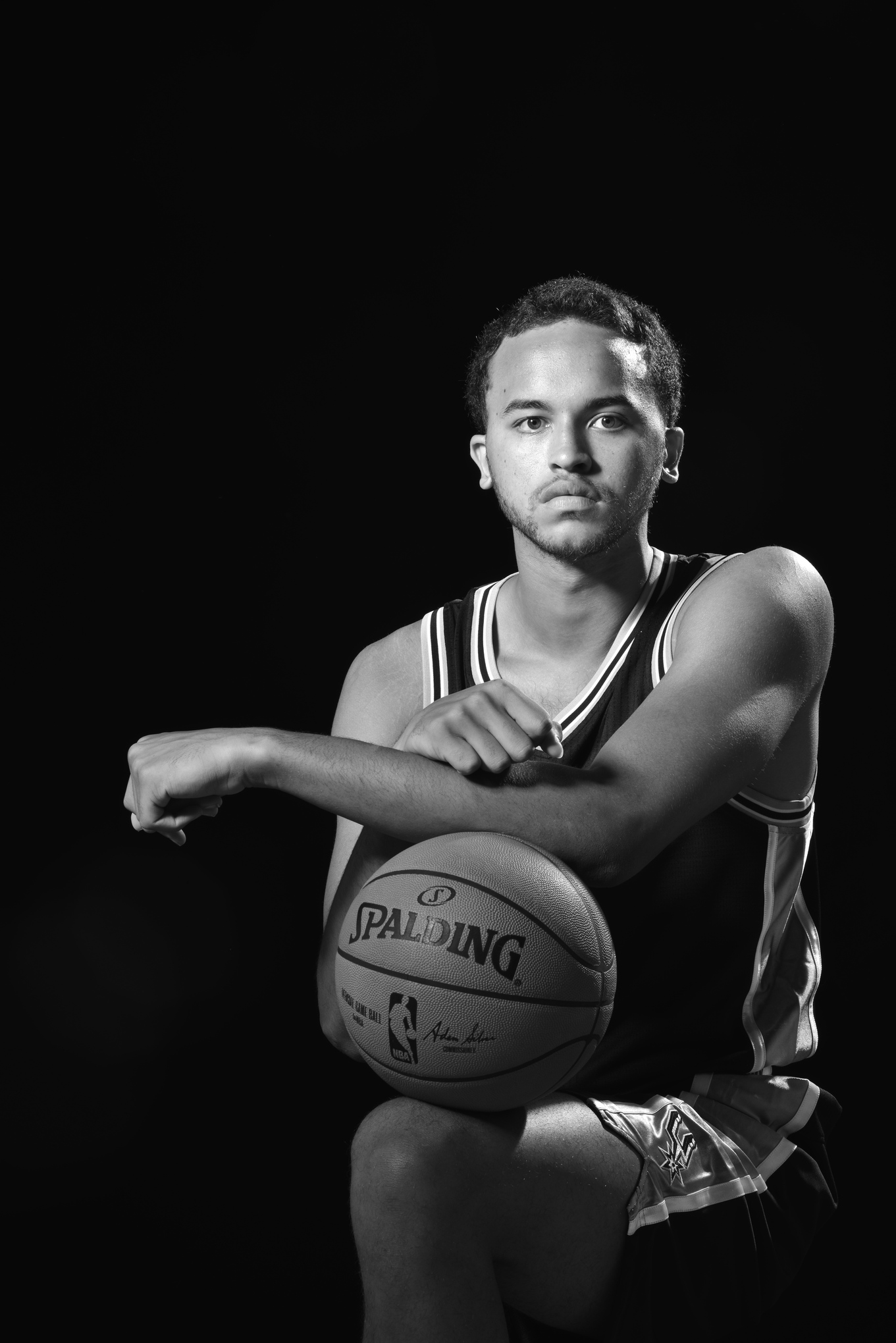 Improving here. Head tilted back. Ball at chest-level. Ready to pass at a moment's notice. Best on the monochromatic series here. 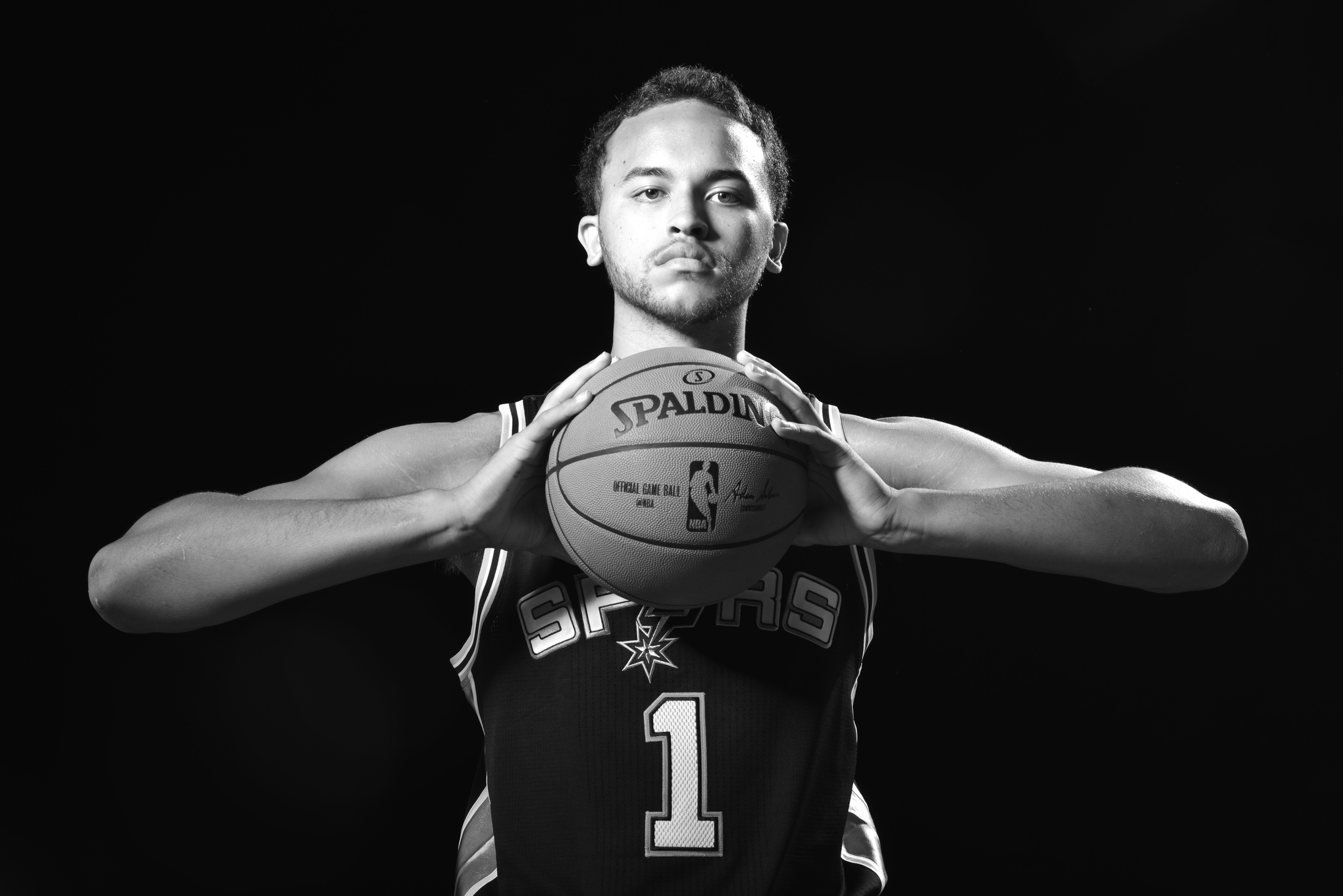 Ball under the arm. Relaxed but I still feel we're missing the true Kyle. The black and whites have run their course. And not a moment too soon. 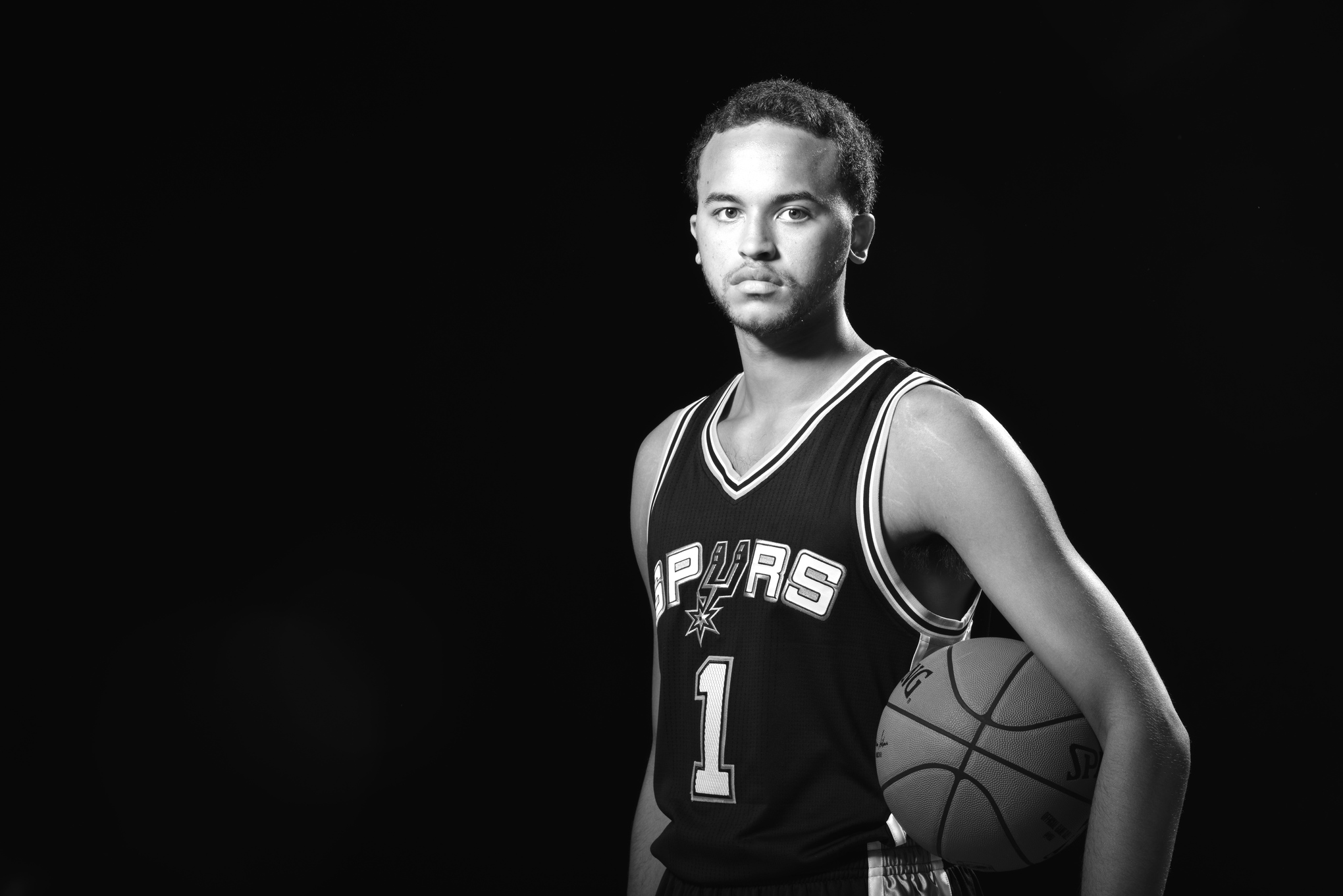 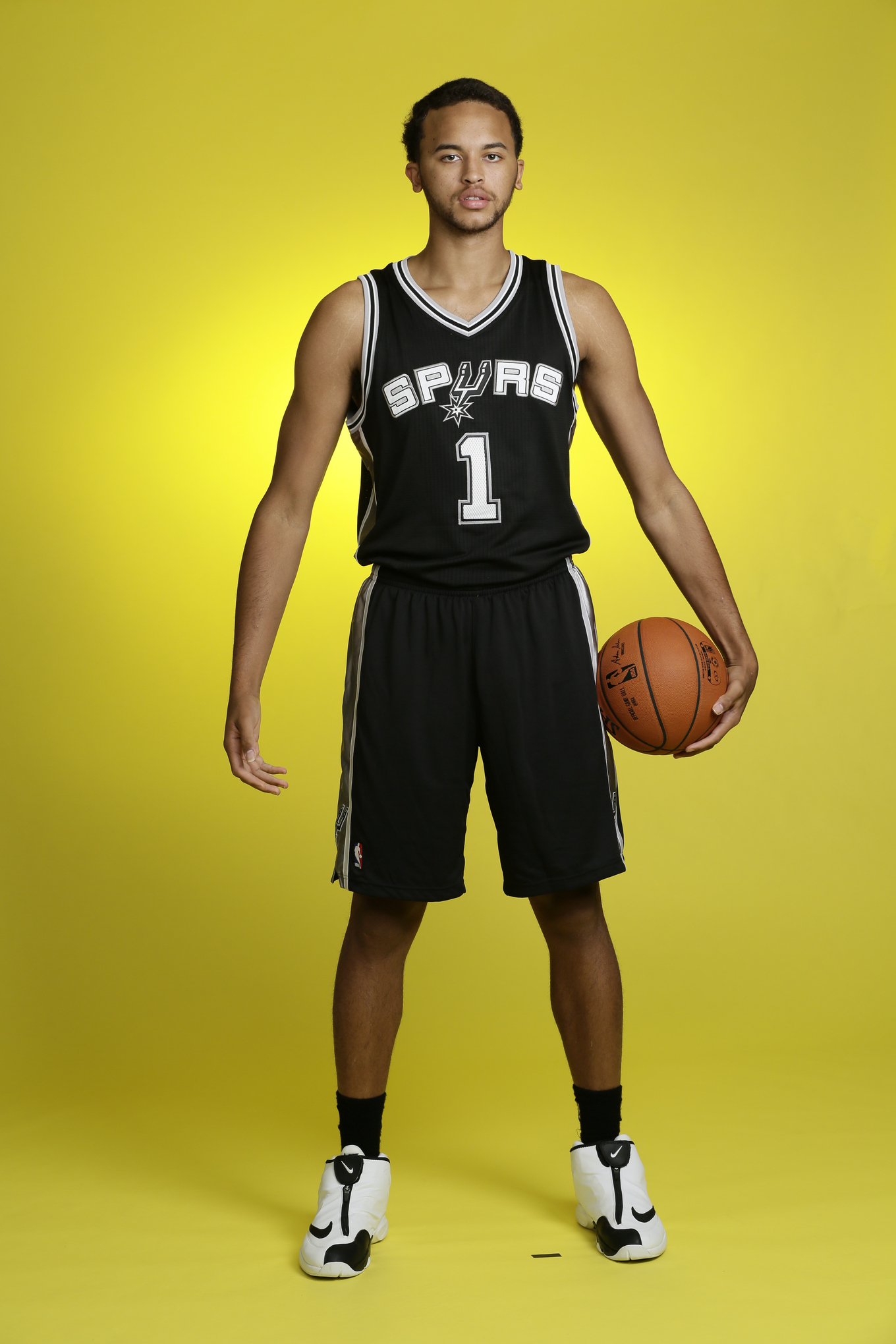 Ok. This is working again. Smile might be a tiny bit forced, but all in all, it's a great effort. Definitely a top five image. 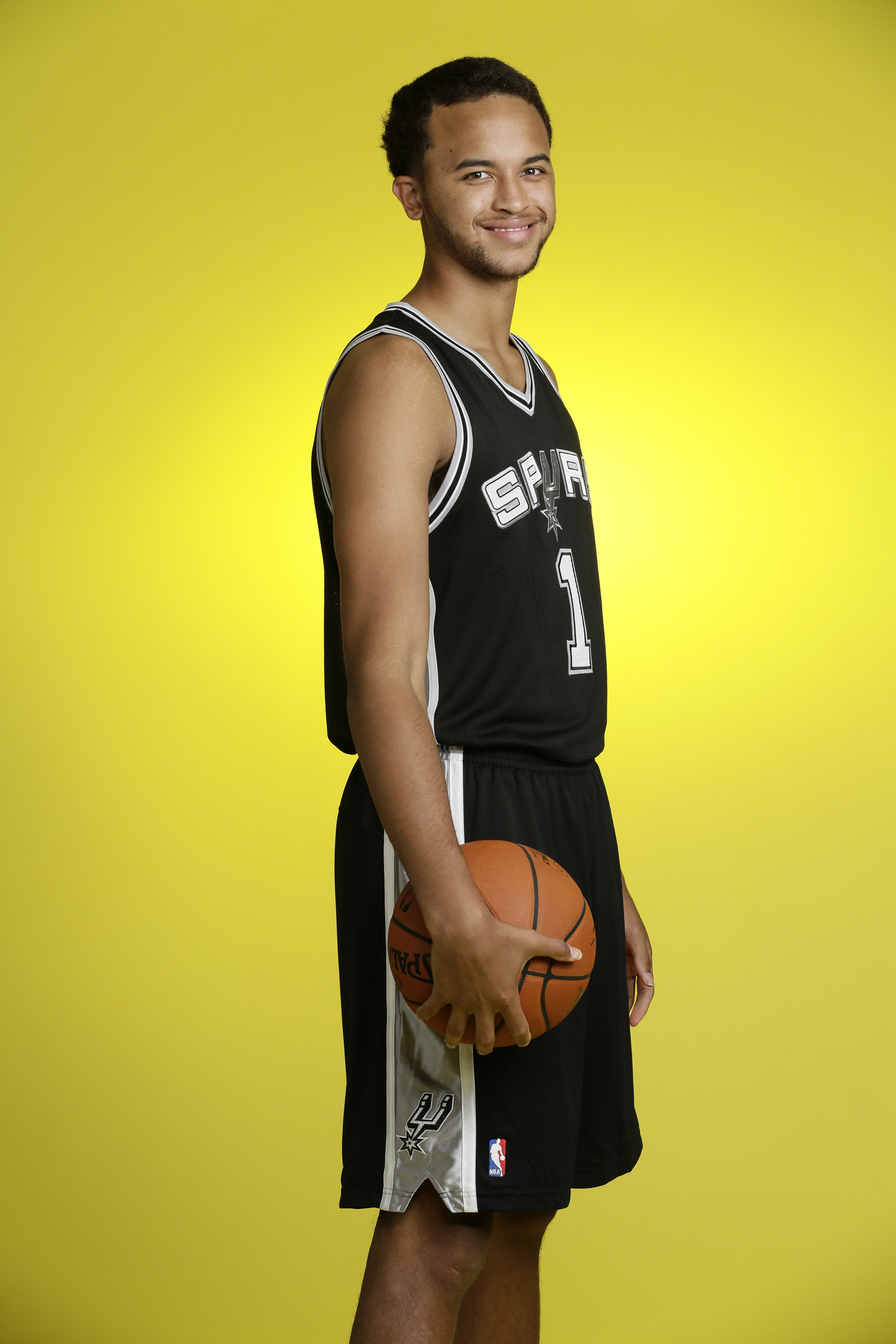 And we end on a high note. Eyes open. Smile welcoming whatever's ahead. The perfect shot of an optimistic rookie. I heartily approve. 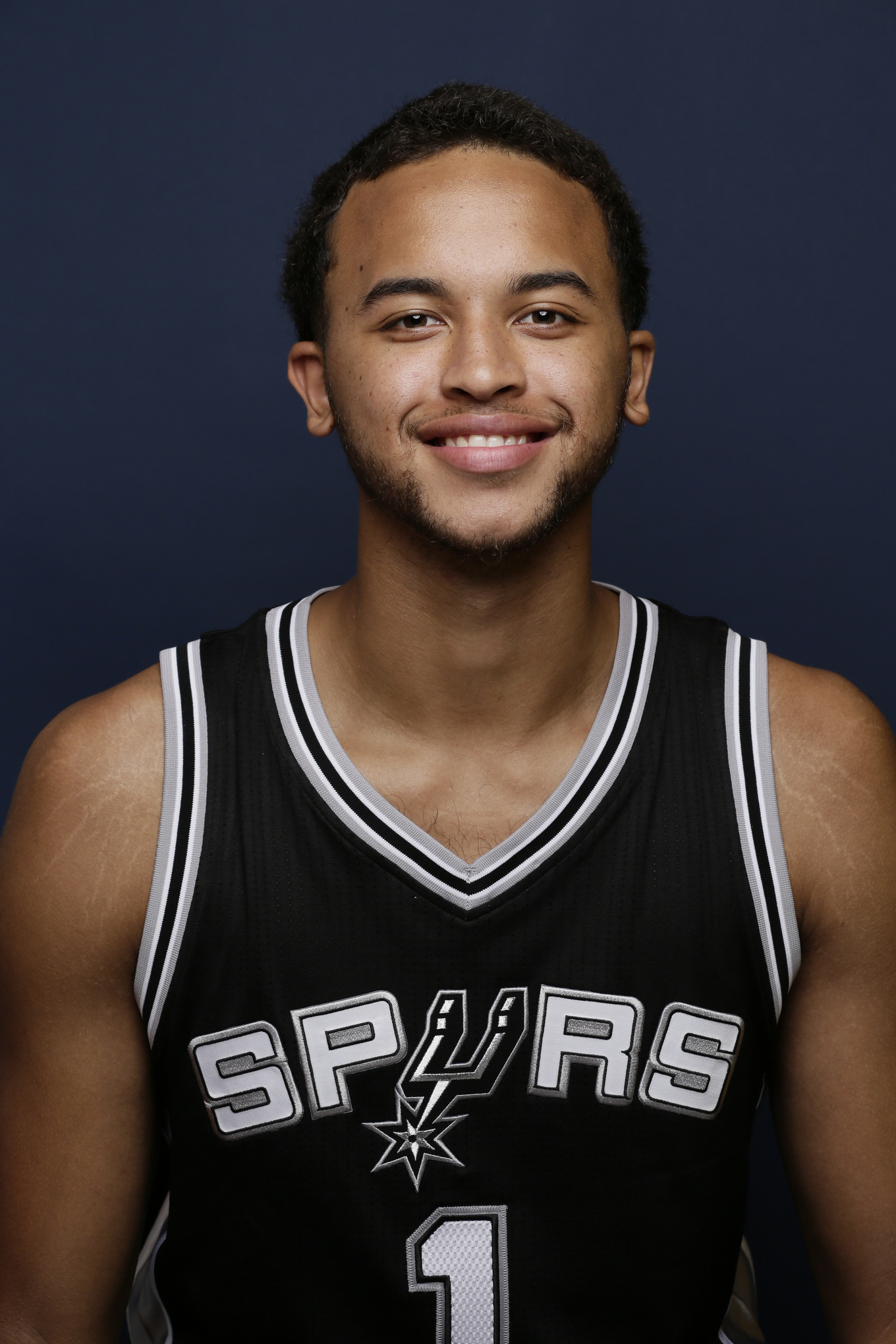 If this wasn't enough for you and you need more pictures of NBA rookies frolicking and leaping in parks with basketballs, your wishes have been answered.