A portrait of Patty Mills

The ninth in a series of profiles on each member of the 2013-2014 San Antonio Spurs.

Share All sharing options for: A portrait of Patty Mills

Boris Diaw is well-known for carrying some extra baggage, but it was another reformed "little fat-ass" who shot the Spurs to their fifth title. 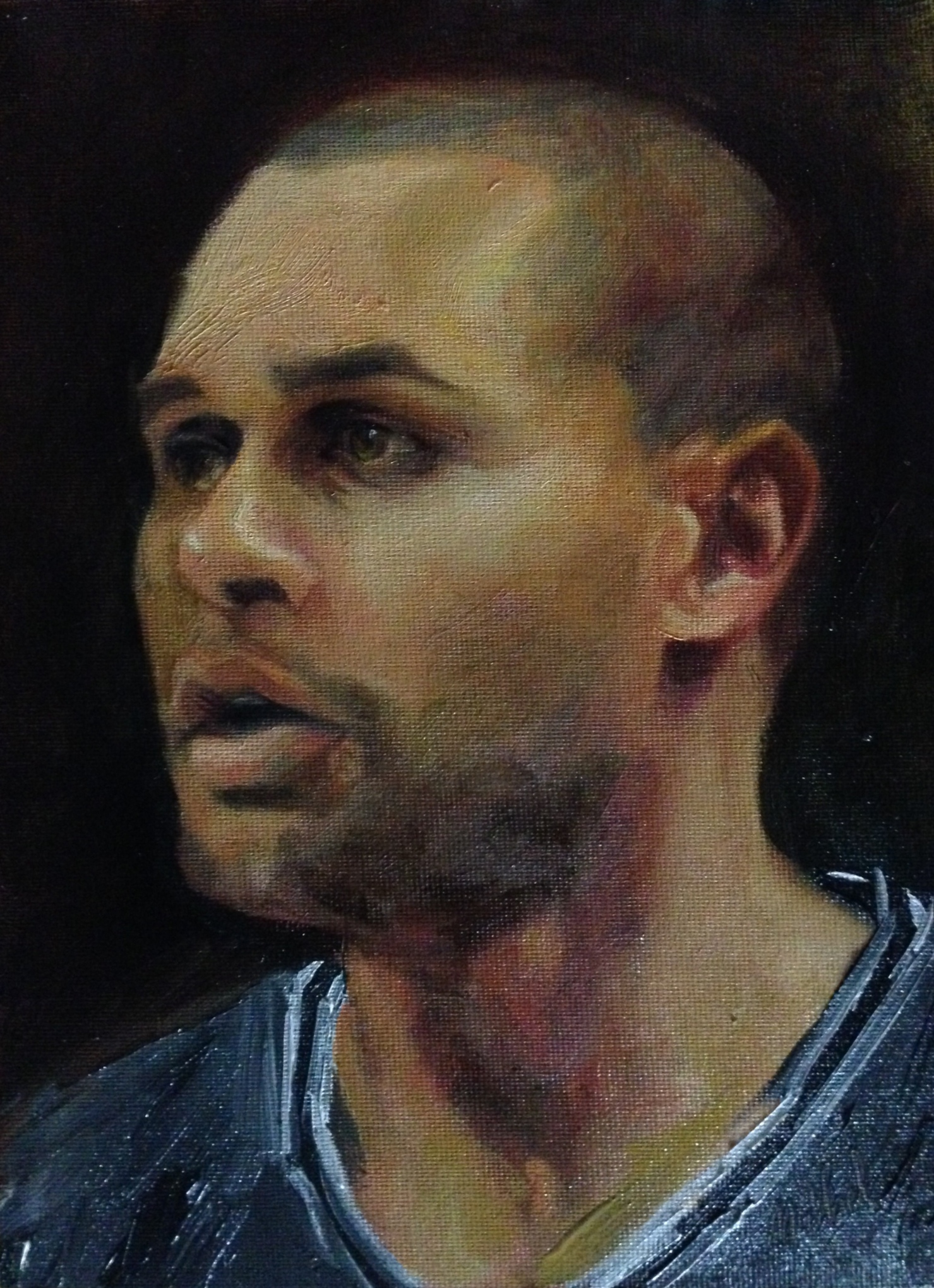 Not too many people remember this, but Manu Ginobili actually had two dunks in the NBA Finals, not just the iconic one in Game 5 over Chris Bosh. There was also a bit less dramatic one in Game 3. So what does that have to do with Patty Mills? Well...

And that, to me, captures the essence of Mills more than any pull-up three ever could. Pure hustle, diving on the floor with no thought at all for his ravaged shoulder, laying out to make a play for a teammate when the lads already have a comfortable lead. Mills was the epitome of the Spurs as a whole; they simply wanted it more than Miami did.

The popular narrative of the plucky Australian was that he was a fantastic teammate and an enthusiastic towel-waver, but one who hardly ever played during the 2012-13 season, the third-string point guard behind MVP candidate Tony Parker and his backup Cory Joseph. In actuality, both Mills and Nando De Colo got ample opportunities to back up Parker throughout the first four months of the season and only when both faltered in one way or the other did Gregg Popovich turn to the steady-but-unspectacular Joseph for the stretch run, similar to the tack he chose in 2006-07 when he benched Beno Udrih late in the season in favor of Jacque Vaughn.

Mills lost his job mainly due to being a bit too sluggish to play the kind of defense Popovich demands. Or, as the coach succinctly put it, "He was a little fat-ass." The native of Canberra, Australia played professionally in his homeland as well as in China before the Spurs took a flyer on him midway through the 2012 lockout season and I get the feeling that Pop and General Manager R.C. Buford put it to him bluntly during exit meetings after The Finals loss to Miami in June of 2013: Return to camp in shape or prepare for a career playing overseas. Mills checked in below 7% body fat, competed like a madman in training camp and preseason and easily won the backup point guard position over Joseph and De Colo.

The odd part about Mills' game is that he essentially replaced not just Joseph but also the departed Gary Neal in one fell swoop. He took the shots that Neal had taken for three seasons, the pull-ups both behind and in front of the 3-point-line, early or late in the shot clock, and he took them without remorse or conscience. He just made more of them. Surprisingly for a fellow in better shape, Mills actually attacked the basket less last season, only 13.2% of his attempts were layups compared to 19.5% in 2012-13. Long twos made up 24.9% of his attempts this season compared to 15.8% two years ago. The numbers were even more striking in the playoffs, where 84.4% of Mills' shot attempts were from 16 feet or further out, with 56% coming from downtown.

Patty Thrills' average shot attempt in the playoffs was from 20.0 feet. To give you an idea how absurd that is, Matt Bonner's was 19.3 feet and Danny Green's was 19.6 feet.

Somehow, it worked for him. Somehow the ball kept falling through the net, over and over and over again. Mills was at his best when the Spurs needed him most, carrying the club in February during their annual Rodeo Road Trip, at a time when they were without Kawhi Leonard, Manu Ginobili or Tony Parker. He scored over 23 points in close wins at Washington, Charlotte, Portland and the Clippers, with the lion's share of those coming in fourth quarter rallies where the play call seemed to be "give the ball to Mills and get out of his way." The Aussie wound up leading the team with 135 made threes during the regular season, hitting at a 42.5% clip.

In the playoffs, Mills' streaky shooting caused him to alternate poor series with great ones. After a forgettable seven games with Dallas, he scored in double figures in four of the five tilts with his previous NBA stop, Portland, including 18 in the closeout Game 5. He didn't do much of anything against Oklahoma City but finished the year in style against Miami, scoring 14 and 17 in Games 4 and 5, including 9 of 14 from deep. He hit two threes 26 seconds apart in the third quarter of Game 5 to break the game open and then another a couple minutes later to extend to a 68-48 lead and all but ensure the title.

There was serious concern that Patty played himself out of the Spurs' price range, but a torn rotator cuff revealed during his exit physical kept potential suitors at bay. It's just as well. Mills is ill-suited to be a starting point guard. He's okay in transition or making the right pass when the ball is whizzing around the perimeter, but he can't run a pick-and-roll, which is the bread-and-butter of every NBA offense. He's much better off being a point in name only and spotting up for open looks. His best fit would be playing alongside a superstar wing like LeBron James or a Kevin Durant, but he'll have to "settle" for Leonard and Ginobili.

The Spurs did right by Mills, signing him to a three-year contract despite the injury and he'll likely be on the shelf until January at the earliest. After that, he'll have to win the job back from Joseph all over again. If he can't, it'll be back to towel-waving. Regardless of how it turns out, his spirit and demeanor won't change. Mills will remain one of the most popular guys on the team. He'll always be the one diving on the floor to set up another for glory.