A portrait of R.C. Buford

The seventh in a series of profiles on each member of the 2013-2014 San Antonio Spurs.

Share All sharing options for: A portrait of R.C. Buford 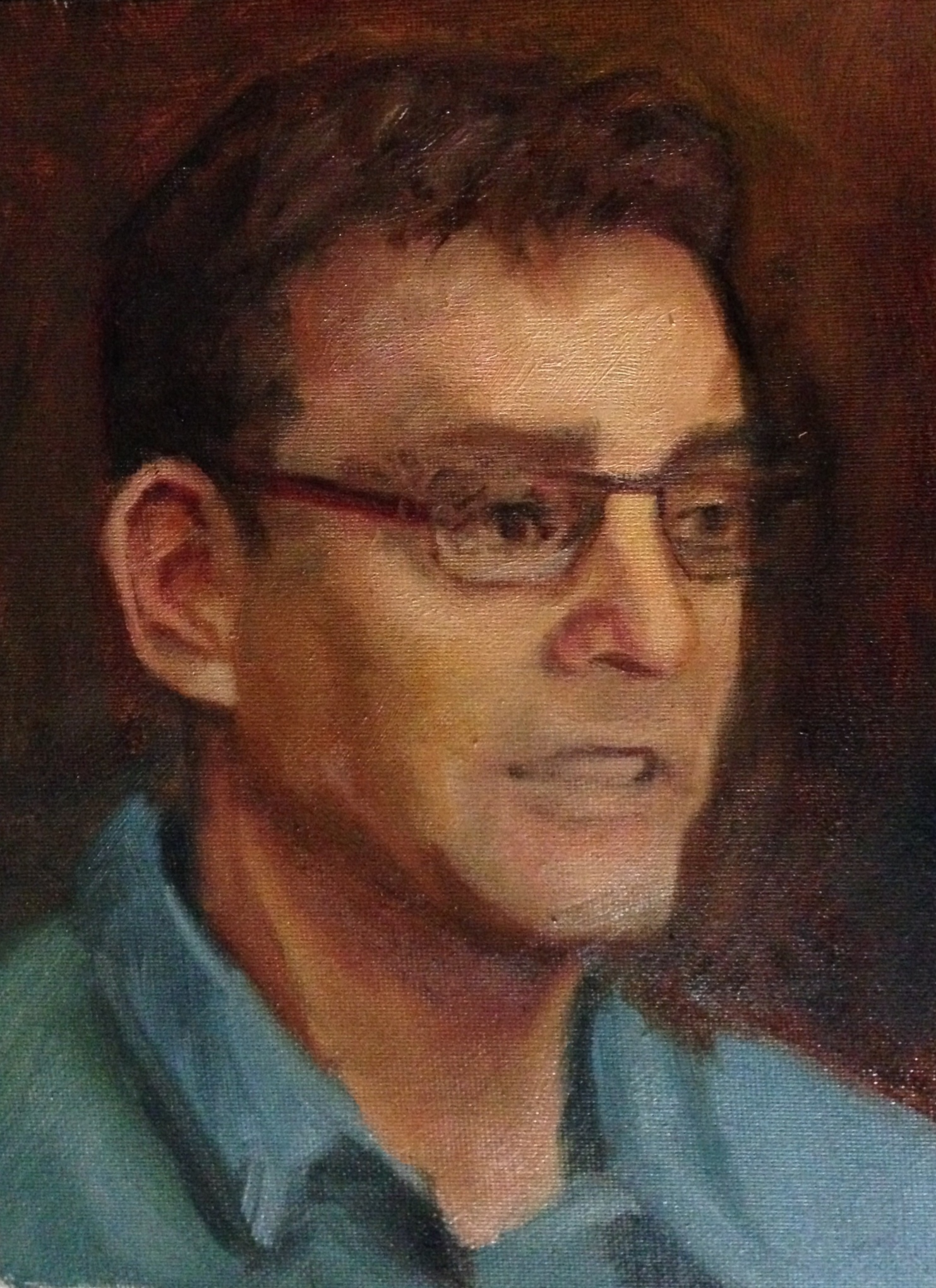 Whenever people discuss the Spurs in a big-picture sense, the conversation inevitably centers around their "Big Three" of Tim Duncan, Manu Ginobili and Tony Parker. From there, it transitions quickly to Popovich. There go those Spurs, kicking butt for 15 years with their core of four Hall-of-Famers.

To which I reply "Just four?"

You better make it five, and I'm not referring to Kawhi Leonard. At least not yet. If there's any justice, R.C. Buford will be delivering a humble, reserved and typically self-deprecating speech a few years before the small forward with the large mitts even has a chance to sniff Springfield.

There's no doubt that it should be a no-brainer for someone as accomplished as Buford to be enshrined alongside the game's all-time greats, but sometimes you wonder. Amazingly, he had never won the league's Executive of the Year Award before last April (and you can't rail against the media for ignoring him because the award is voted on by the league's general managers).

It's mind-boggling that Buford hasn't received more attention and praise, even if his style is to deflect it all, just like the San Antonio's coach. After all, no matter how many interviews Pop turns down or how acerbic he acts with the media, his stock continues to rise and rise, to the point now he's acknowledged as one of the best to ever do it, right there with Phil Jackson and Red Auerbach.

The way Buford works -- always behind the scenes and content with the underling role, while Pop is the one labeled the genius and the nerve center of the organization -- is an anachronism in a sport where it's increasingly becoming a GM's league, with coaches hired specifically to execute the general managers' vision based on five-man player combinations, shot charts and various other analytic minutiae. It's clear that Buford works for the coach rather than the other way around, yet he's never had issue with this arrangement or sought the opportunity to build his own program elsewhere, to consolidate the considerable network of contacts he's developed over the years and stake out with another team, working for an owner eager to give him whatever he wants.

Maybe that's why it took so long for Buford to get the recognition from his peers. Maybe it's not professional jealousy as much as head-scratching befuddlement. Why not escape Pop's shadow so people can see how good you are?

Few know or understand the extent of Buford's expertise. He understands the game as well as a coach does because he used to be one, as an assistant for Larry Brown at Kansas for a number of years in the 80's, including the championship-winning team in 1988. He followed Brown to San Antonio and was on the bench for four more years there before becoming Brown's lead assistant with the Clippers in 1992-93. (Buford wasn't quite the player Popovich was at Air Force but he was good enough to ride the pine at Oklahoma State and Texas A&M.)

Buford simply doesn't care about recognition. In a team of unassuming grinders who are over themselves, he's the humblest of all, even though it can be argued that he's been better than anyone in the league over the past two decades. Besides Duncan, Buford is responsible for finding every Spur, from every little corner of the world.

"A lot of guys can't judge competitiveness, but R.C. can," Popovich told USA Today's David DuPree. "He knows who is going to be able to take a hit and who is going to stick their nose in there, who can be criticized and who can't, and who can handle adversity and those kinds of things."

[I strongly suggest that entire piece from DuPree, it's well researched and has lots of good quotes.]

Buford is the one who found Ginobili, scouting him first in an U-20 international tournament in Australia in 1997, two years before the Spurs would draft the Argentine dynamo with the 57th pick. (Buford credits that scouting trip for establishing a connection to an Australian pipeline that eventually brought Brett Brown, Patty Mills and Aron Baynes to San Antonio.)

He's the one who found Parker, back when he was an 18-year-old Parisian visiting his father's native Chicago for the 2000 Nike Hoops Summit and dominating well-known NBA prospects like Zach Randolph and Darius Miles. When a jet-lagged Parker failed to impress Popovich during his initial workout for the Spurs, it was Buford who insisted to his boss to have another look at him -- naturally, Buford gives his deputy Sam Presti, now the GM of the Oklahoma City Thunder, all the credit for scouting Parker.

You better believe it was Buford who twisted Pop's arm to trade George Hill, the coach's self-acknowledged "favorite player," for a virtual unknown in Leonard, a kid who had size and length and big hands, but couldn't shoot or dribble at San Diego State. It was a huge gamble, to deal away a popular player who had earned the trust of Duncan and the other veterans, especially since they already had a credible -- albeit disappointing -- veteran small forward in Richard Jefferson.

Buford has also shown, repeatedly, that he's not afraid to shake things up and make unpopular moves. He traded Antonio Daniels, Duncan's best friend on the team, for Steve Kerr in 2002. He dealt away Malik Rose, who replaced Daniels as Duncan's best friend on the team, in 2005. Both moves proved integral in Spurs title runs immediately after. (This is just speculative, but those trades may have had a positive, unintended effect of forcing Duncan to form closer relationships off-the-court with Parker and Ginobili, which have benefited all three of them to this day.)

But where Buford really earned his stripes was in convincing Pop that he can win with and trust younger players, after a decade where the coach had developed a deserved reputation for being over-reliant on those he called "older than dirt." After back-to-back early-round playoff disappointments in 2010 and 2011 to Phoenix and Memphis, where people like Antonio McDyess, Matt Bonner and Jefferson were overwhelmed by younger and more athletic foes, Buford convinced Pop to put his trust not just on Leonard but also Danny Green, Splitter, Mills, Joseph and Marco Belinelli. When the Spurs beat Miami, they were the younger, faster team.

Hopefully, one day soon Buford will have his day in the sun, getting the eternal acclaim he deserves alongside the other legends, no matter how much prodding it will take from the committee to get him to say a few words about himself. He'll probably spend the whole speech giving all the credit to Popovich, Duncan and the rest. There's no question he belongs though.

If there's one thing Spurs fans learned this summer, it's that five is even sweeter than four.