A portrait of Matt Bonner

The sixth in a series of profiles on each member of the 2013-2014 San Antonio Spurs.

Share All sharing options for: A portrait of Matt Bonner

For years Spurs fans have been pining for Shane Battier, a role player who has fit the Spurs ethos perfectly despite having never played for them. The thing is, they've had their own version of Battier for eight years. 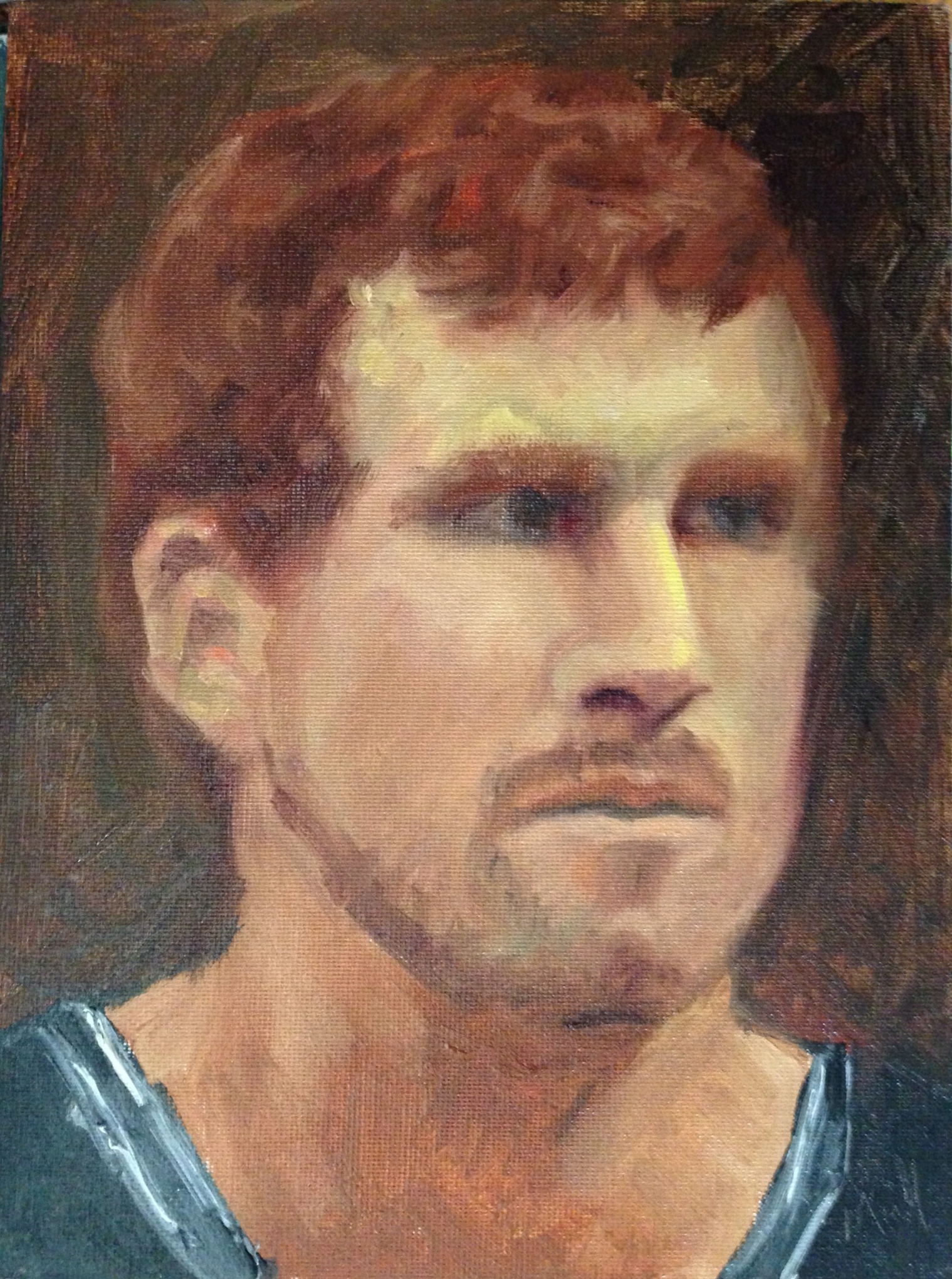 Matt Bonner has been a Spur for the past eight seasons and -- somewhat surprisingly -- he'll return for a ninth. But if you look at the breadth of his career, wouldn't it have been more appropriate for him to have been a Wizard all along? After all, the man affectionately known as "The Red Mamba" has basically been some kind of copper-topped warlock this whole time: insanely effective for reasons that defy explanation.

A few years ago Michael Lewis of "Moneyball" fame wrote a piece for The New York Times titled "The No-Stats All-Star" about Shane Battier, back when he was in the prime of his career and playing for the Rockets.

A couple of key passages from the piece:

It was, and is, far easier to spot what Battier doesn't do than what he does. His conventional statistics are unremarkable: he doesn't score many points, snag many rebounds, block many shots, steal many balls or dish out many assists. On top of that, it is easy to see what he can never do: what points he scores tend to come from jump shots taken immediately after receiving a pass...

"He can't dribble, he's slow and hasn't got much body control."

Picture it in your mind's eye. Rockets GM Daryl Morey could just as easily be talking about Bonner, a fellow more famous for his fondness of sandwiches and his goofy instructional videos than for anything he's done on the floor. Then there's this:

"At the time of the Lakers game, Battier was a plus 10, which put him in the company of Dwight Howard and Kevin Garnett, both perennial All-Stars. Plus 6 is enormous," Morey says. "It's the difference between 41 wins and 60 wins." He names a few other players who were a plus 6 last season: Vince Carter, Carmelo Anthony, Tracy McGrady.

Forget for the moment the irony, five years later where Morey, who spent an interview with Lewis trumpeting the importance of undervalued players, has gone to such lengths to acquire Howard and had made Anthony his top free agent target this past summer. What struck me was the plus-6 benchmark, which Bonner, on a per-36 minute basis, eclipsed four consecutive seasons during his peak Spurs years.

Bonner has long been lauded (or sarcastically mocked, as the case may be) for being the "king of plus/minus" for his uncanny ability to post monster numbers in that stat, regardless of how middling his other numbers might look in the box score. But his effectiveness has gone far beyond that.

Take offensive rating, for example. According to basketball-reference.com (whose methodology is could be described as a bit wonky) Bonner's career offensive rating is 119, which if he'd played enough minutes to qualify, would rank him in the top-10 for all players since 1979.

It's been explained ad nauseam that Bonner is a "floor spacer" who takes an opposing big away from the paint and opens up the floor for his teammates, but for whatever reason it's just worked better with him than other stretch-fours the Spurs have had such as Robert Horry or Boris Diaw. Obviously it's helped Bonner to play with elite offensive players, but it's been a symbiotic relationship just the same. Bonner's had a Ginobili-esque effect on his teammates, only he does it without hardly ever touching the ball.

Indeed he was one of the scrubs who turned the momentum of the Western Conference Finals with his strong play in the fourth quarter of Game 4, and Pop started him the next two games of the series. The box score says Bonner didn't do much in either game, yet the Spurs won all the same. Things just seem to work out when Rocket plays, at least offensively.

What's often discounted, or even more accurately used against Bonner, is his work on the other end. He looks the part of a defensive liability, but has been quite the opposite. Zach Randolph and Marc Gasol famously feasted on him during the 2011 first round series, but those six games were the exception and not the norm. The fact of the matter is A) most big men are not Gasol or Randolph, and B) having a healthy and mobile Tim Duncan in support (or even a Tiago Splitter) is a big upgrade from those Antonio McDyess/DeJuan Blair days.

One of the hidden benefits of inserting Bonner into the lineup, particularly against name players, is to watch bigs who aren't at all accustomed to posting up or creating their own shots completely abandon the scouting report to go at Matty one-on-one, often with hilariously bad results (Serge Ibaka in the 2014 WCF comes to mind). They look at him like sharks smelling blood, but end up just throwing up awkward brick after brick. It's usually not even a question of whether they're gonna miss, but rather if the Spurs will come down with the rebound.

Of course board work has been the one glaring Achilles heel in Bonner's game -- I've certainly castigated him for it in the past -- but as J. Gomez often reminds me, no matter how bad it looks to the eye test, historically the Spurs haven't suffered much at all with Bonner in there. According to basketball-reference.com San Antonio has grabbed 75.0% of all available defensive boards with Bonner on the floor and 75.5% with him off. There's a difference, but not a sizable one. (They're also .5% worse on the offensive end, mostly because with Bonner on the floor there's only one big around the paint.)

Bonner has long been the most frustrating Spur to watch, but it's deniable that he's been a rotation player on some of the best teams in franchise history and that they've been demonstrably better with him on the floor. The past eight seasons' worth of numbers can't be a coincidence.

And if they are, then he really is a wizard. 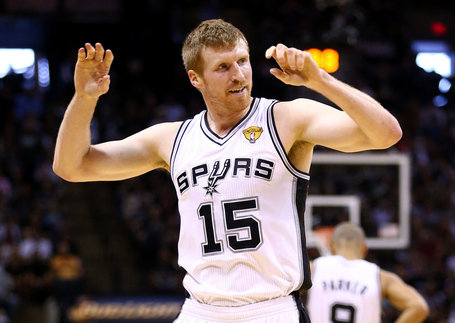