From undergoing surgery to escaping a Baynes attack, Patty Mills has started his off-season with a bang. Here are the highlights.

Just after signing a deal to stay in San Antonio for the next three years, Spurs guard Patty Mills underwent successful surgery on Thursday to repair a torn rotator cuff in his right shoulder. Mills posted this update over the weekend:

"Successful surgery and finally out of the hospital! Thanks to everyone for their messages of support. I really appreciated them all. A little adversity and a hump in road that's only going to build my character and make me stronger. Looking forward to this new challenge...Season starts today!" via Instagram

The procedure took place at the North Central Surgical Center in Dallas.

Patty is expected to return to action in early 2015, but what has he been up to in the meanwhile? Let's start from the beginning.

You probably remember that Patty Mills invented frogging, and that Tiago Splitter, Boris Diaw, and Manu Ginobili joined him to strike the pose in the streets of Denver that brought the meme into the public . After the Spurs won the NBA Championship it didn't take long for the frog-tet to incorporate the Larry O'Brien into a frogging picture. 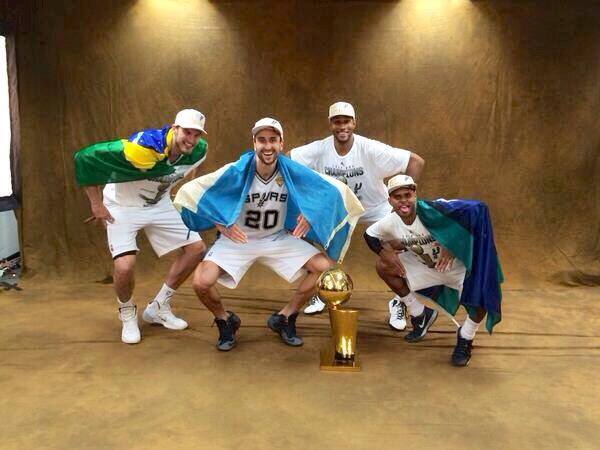 A couple of days later Patty took Larry on a nice float down the San Antonio River where thousands of Spurs fans showed their appreciation for the Spurs and their achievement of the ultimate prize in 2013-2014. Mills received huge applause from the fans along the Riverwalk for his great play during the season and during the playoffs. He's quickly become a fan favorite in the Alamo City. 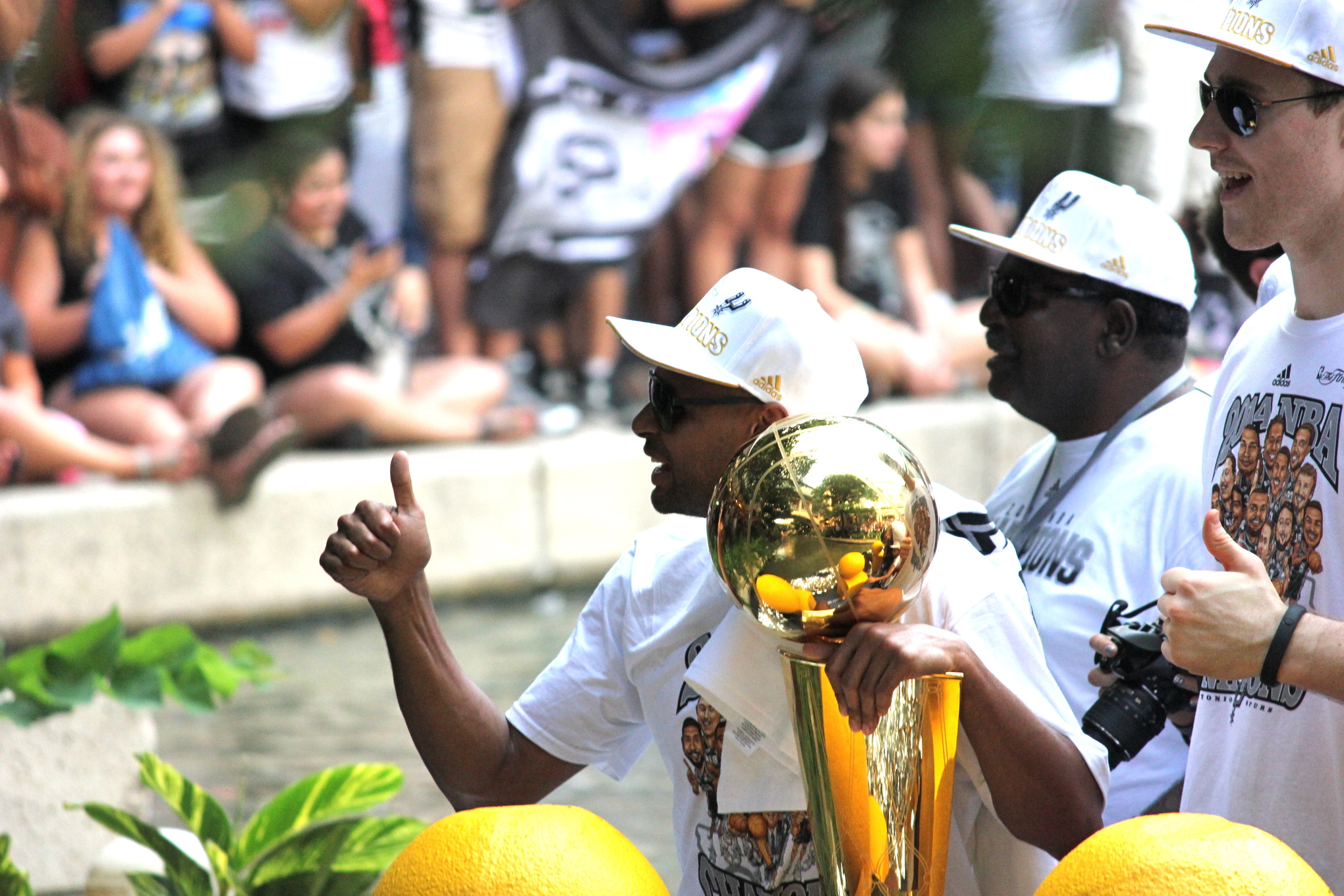 Here's Patty talking to a few thousand of his closest friends at the Alamodome. Patty was in charge of introducing each of his teammates and according to him the reason for this was,

Why did you pick me to do a speech? Probably picked the shortest player on the team.

Patty did a good job and gave the fans a little bit about each player that he introduced that they didn't know about the player. For example when talking about Marco Belinelli he said the Italian was still learning English, but that his favorite new phrase was "What's up big dog!" And when talking about Boris Diaw, who apparently missed a film session prior to Game Three of the Finals because he forgot and was found watching TV in his hotel room, Mills had this to say,

Bobo is the the man for daydreaming and gazing off into the stars and having absolutely no idea what's going on around him. This is called 'Boboing'

When Patty got to Tim Duncan, Manu Ginobili, and Tony Parker, he introduced them together and noted that

They're friends -- now best friends -- before they are teammates. And I think that's the best thing about them ... They're better people than they are basketballers. 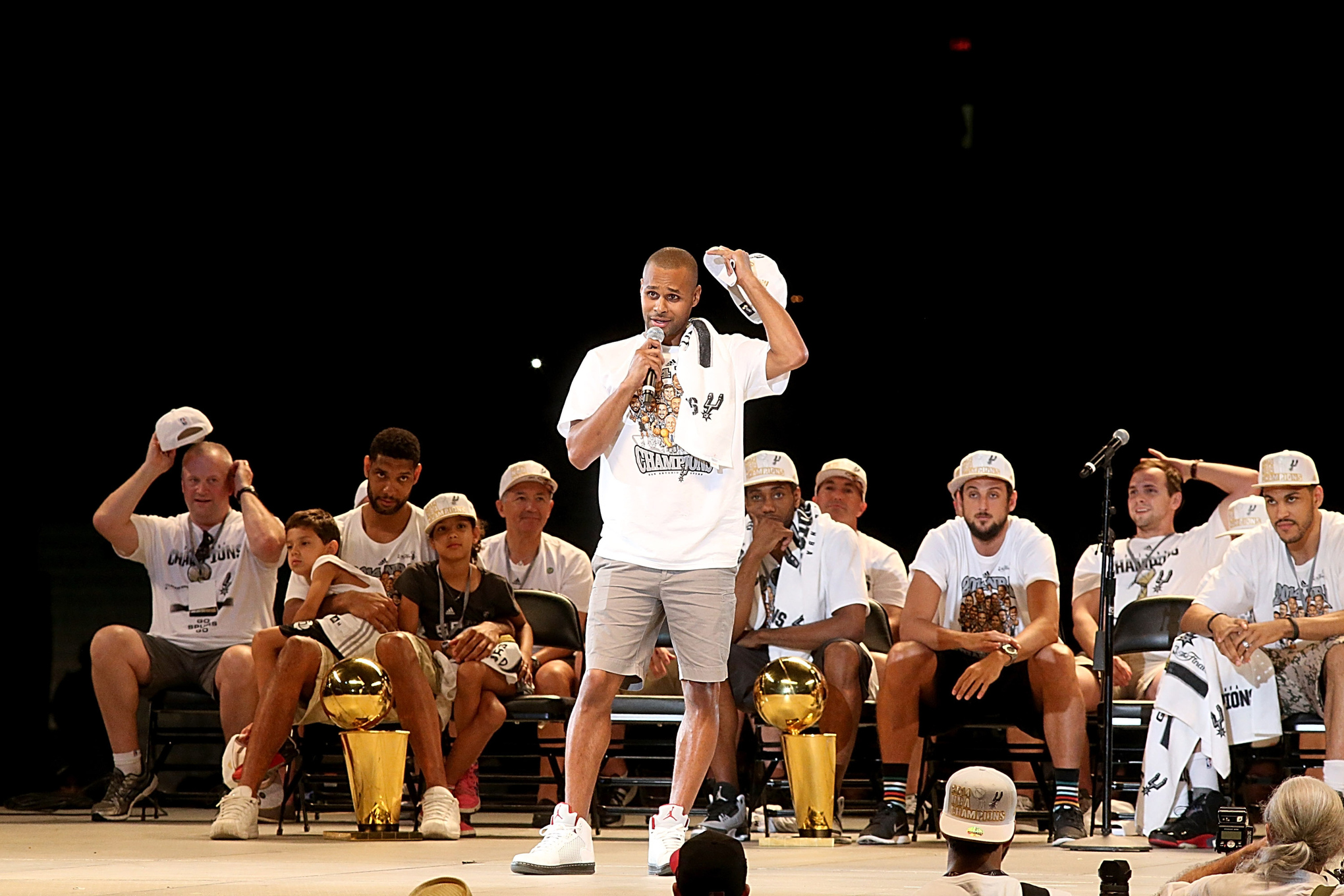 He even survived an attack from a Drop Bear, which may be the real reason Patty needed surgery. 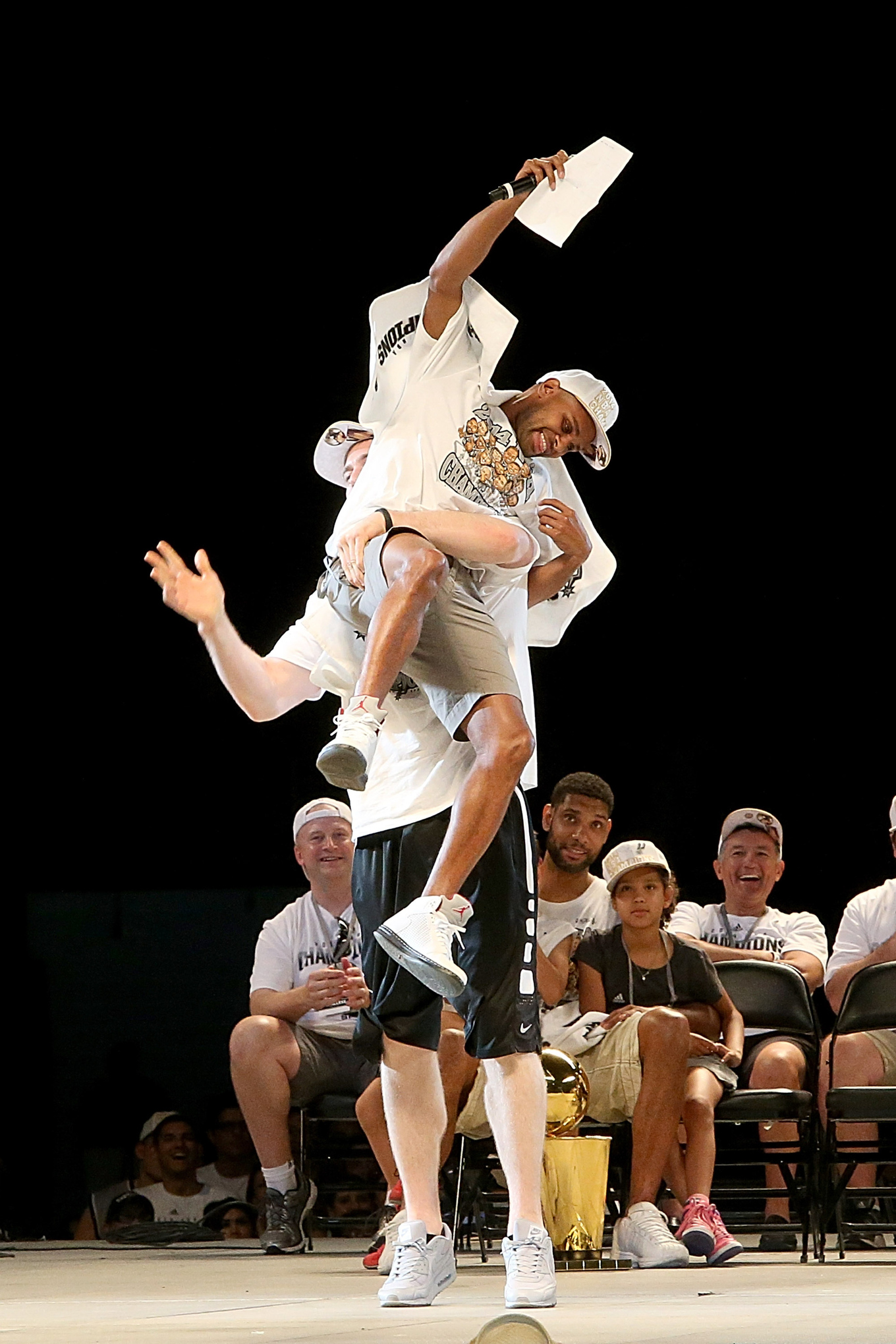 He was seen hanging out with a tiny Spurs fan that wore a helmet. Safety first. 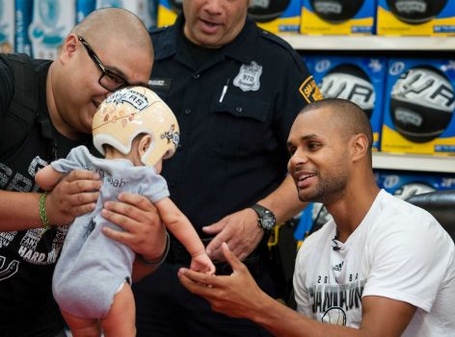 Patty's had considerably more free time now that the season is over and he's using this opportunity to contemplate the meaning of life. 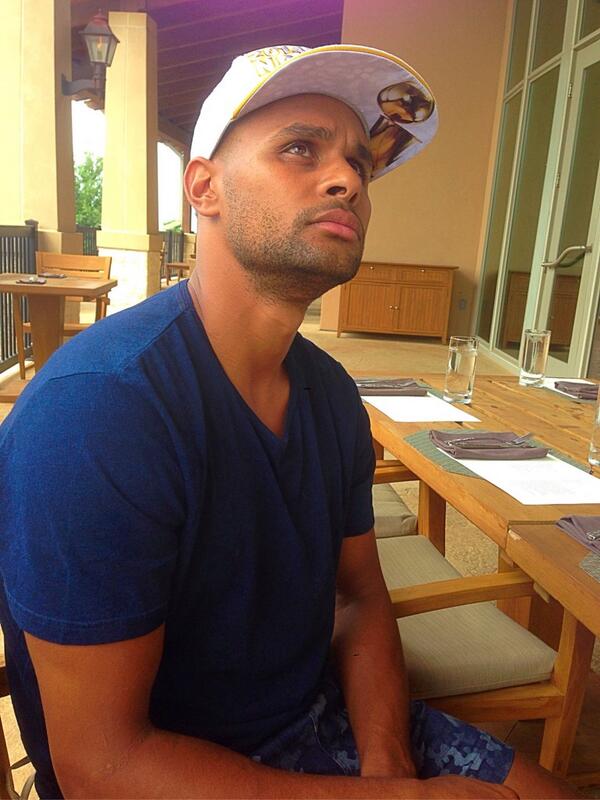 And now, as he waits to start rehabbing his shoulder Patty Thrills is going on an Adventure. 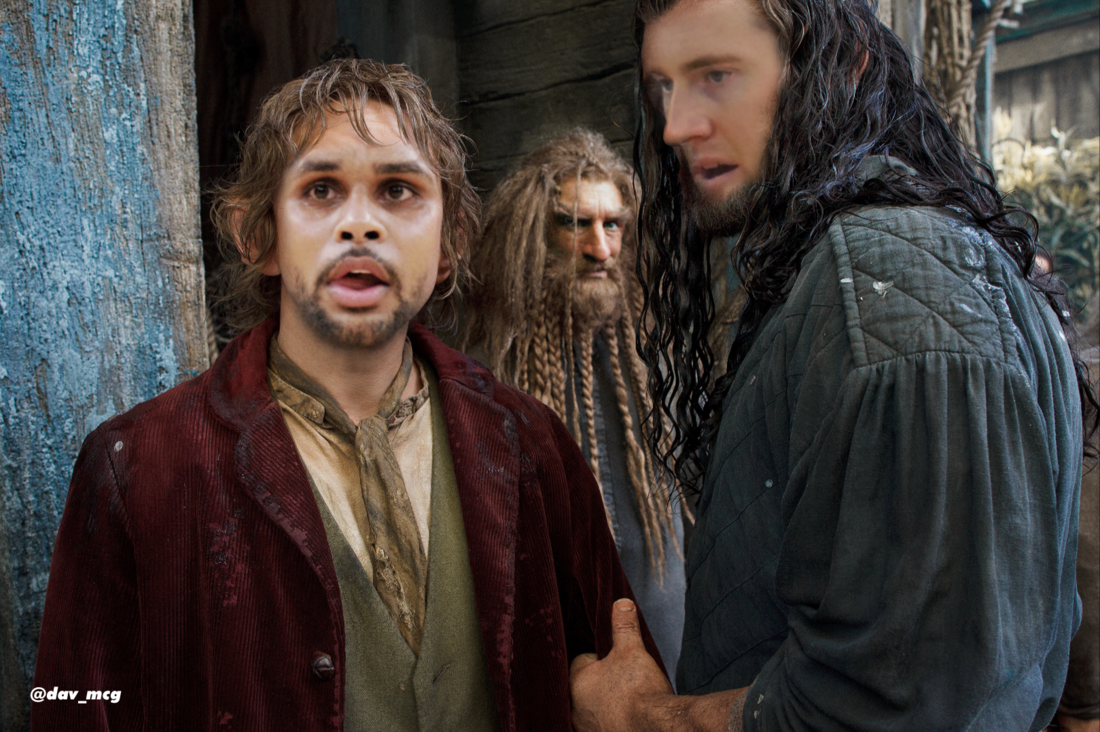 Get well soon Patty! The Spurs will need you as they defend their title next season.