Share All sharing options for: A portrait of Jeff Ayres

Inside Jeff Ayres is a good basketballer, trapped and fighting desperately to escape. 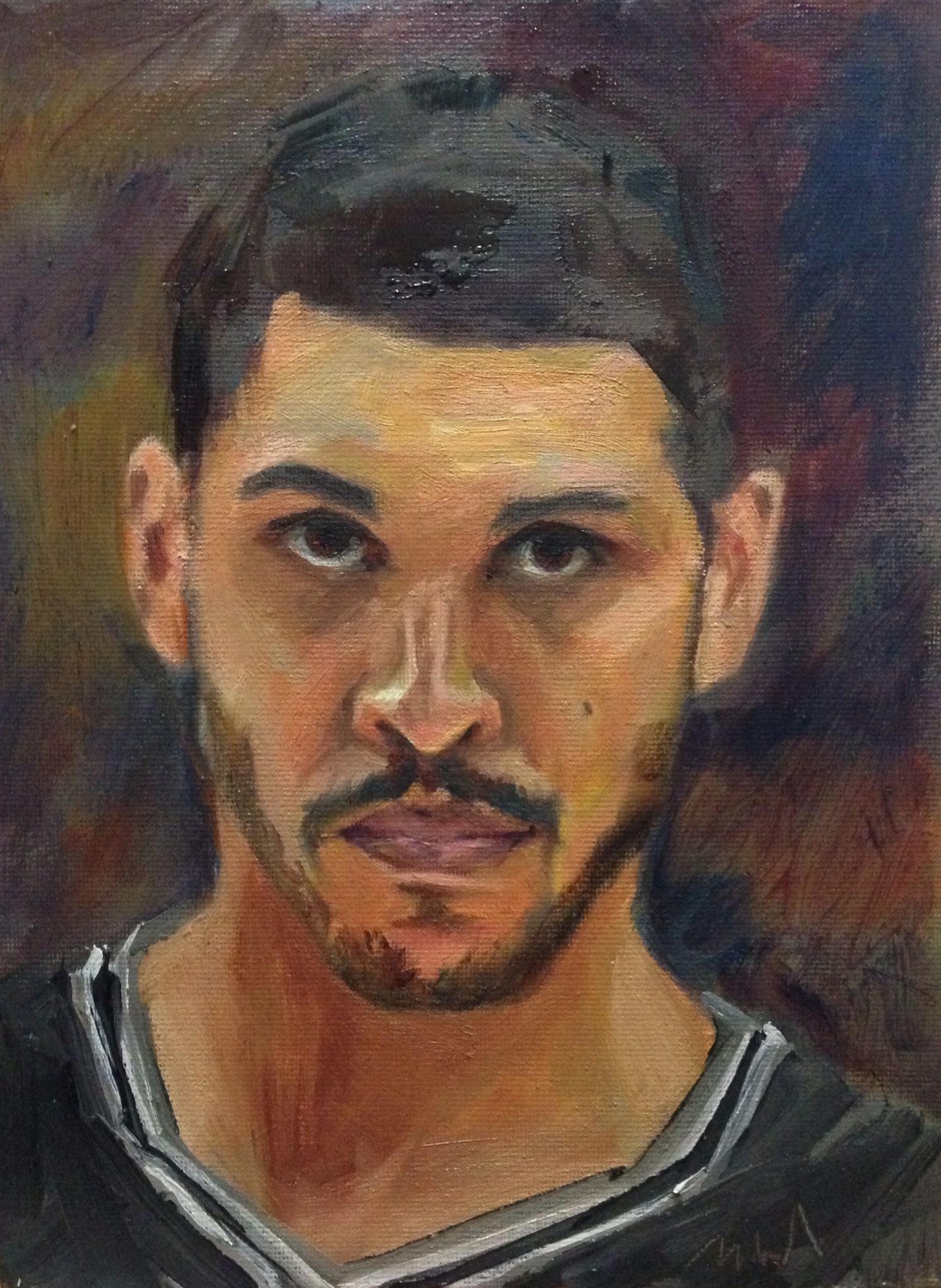 On the surface, Ayres has all the tools to be a successful backup power forward. He's big, fast, strong and explosive. He finishes with authority, sets mean picks, has a surprisingly smooth jumper on the rare occasions he gets to show it and can move the ball quickly and often to a fellow in the same jersey.

Ayres' problem is that for all his athleticism and fundamental skills, he is sometimes painfully uncoordinated. His hands do not do what his brain tells them to, and the task of catching the ball can vex him beyond measure.

His feet are similarly encumbered. Post moves are out of the question. Even putting the ball on the floor is strongly discouraged (to be fair these caveats apply to most of the Spurs, and unfortunately, more and more of the NBA).

Who are the Spurs pursuing in free agency?

Free Agency officially started at midnight ET on July 1st and the rumors about who the Spurs are interested in are already flying around.

Who are the Spurs pursuing in free agency? NBA Free Agent Tracker

By and large, we knew these things about Ayres né Pendergraph coming in. Bigs aren't usually passed from team to team if they can walk and chew gum at the same time. Ayres was available to the Spurs as a cheap replacement for DeJuan Blair for a reason.

His stone hands and two left feet were only a couple of the red flags in Ayres' dossier. Just as damning was his reputation for making questionable decisions and being a technical magnet. As a Pacer, Ayres found himself involved in a couple of on-court scraps despite playing a bit role.

Pacers legend Reggie Miller is fond of saying that teams can have -- and should have -- one crazy guy, but not two. Lance Stephenson established himself in the 2013 postseason, which meant Ayres had to go.

As it happened, the Spurs had an opening on their roster for crazy. They had let Blair go in free agency, and Stephen Jackson -- a malcontent who was in total denial about the degree to which his skills had eroded -- was banished before the 2013 playoffs began.

It's a safe bet that assistant coach Jim Boylen, who joined the Spurs last season after working on Frank Vogel's staff at Indiana, put in a good word or two about Ayres to Gregg Popovich

The change in environment benefited Ayres, or maybe he just matured on his own, but he didn't suffer any emotional outbursts last year and in turn the Spurs didn't have to suffer him. In a pleasant surprise, Ayres proved to be the perfect teammate, always there with an encouraging word and a pat on the back. A bigger, beefier version of Patty Mills, albeit with just the right amount of physical intimidation to let opponents know that liberties against his mates will not be tolerated. It's not a tangible thing, but Ayres has a touch of madness behind his eyes, subtle cues in his body language and mannerisms: Behind this wide, easy smile is a dude not to be messed with. A dude who will not let you mess with his team.

As the season went along, just about every man on the roster -- except the optimistic-to-a-fault Manu Ginobili -- avoided passing the ball to Ayres for fear of his sub-standard hands. It wasn't personal, just business. To his immense credit, Ayres never took it to heart. He kept setting those screens, kept running hard and filling the lane for passes that would came less and less often.

And when it was time to sit and cheer, he did both without complaint. It was a lesson Blair learned too late in his Spurs career, if at all.

There's an "Edward Scissorhands" bit of tragedy to Ayres. You desperately want him to be a real boy. He's one of those guys you genuinely root for.

It's not reality though. For every Tim Duncan, there are thousands who come and go, scattered to the winds. If you listen closely, I'm sure you'll hear a rustling in the San Antonio breeze.

It's a basketballer, trapped and fighting desperately to escape.