The third in a series of profiles on each member of the 2013-2014 San Antonio Spurs.

Share All sharing options for: A portrait of Austin Daye 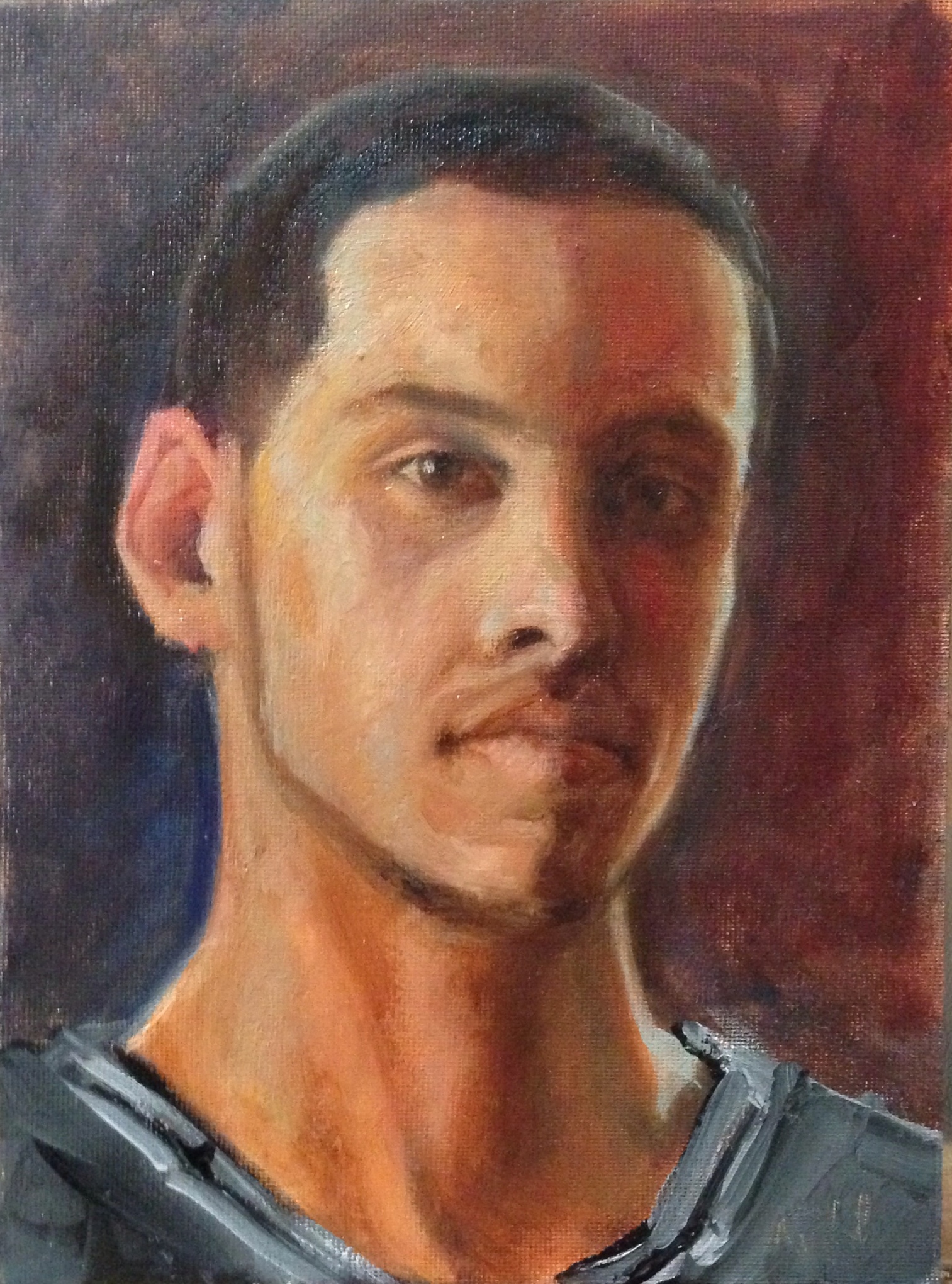 The 15th overall pick of the 2009 draft, despite playing for Gonzaga in the mid-major West Coast Conference, Daye was a 6'11" string bean who had a couple of NBA-specific qualities -- shooting and mismatch height to go with it -- that had scouts drooling. He could even put it on the floor a little and finish around the basket. The word "potential" was tossed around in conjunction with him so often that it might as well have been his middle name.

And then Daye kind of just fell off the face of the Earth, as those toiling for the Detroit Pistons are wont to do.

A word of warning: Win Shares isn't a foolproof way to measure this. For example, would you consider fellows like Brandon Jennings, Darren Collison, DeJuan Blair, Jodie Meeks, Marcus Thornton and Tyler Hansbrough more accomplished in the NBA than Danny Green? Me neither. In fact, I'd rather have Patty Mills than those guys, and Win Shares has him below people like Dante Cunningham, Chase Budinger, Jonas Jerebko, Jordan Hill, DeMarre Carroll, Omri Casspi and Toney Douglas.

(If you sort it by WS/48 then Green and Mills fare a bit better, though still below Grizzly Blair, Psycho-T and somebody named Jeff Pendergraph, whoever he is.)

Here are some notes about the 2009 Draft:

1) By my count at least eight of these 60 gentlemen are current or former Spurs, if you count training camps and summer leagues and whatnot.

2) Three guys picked ahead of Daye have been, according to Win Shares, bigger busts. Earl Clark at no. 14, Terrence Williams at no. 11 and Jonny Flynn at no. 6, who compiled 1.1 fewer win shares in his NBA career than you or me.

3) You loved the DeJuan Blair pick at the time. We all did. Don't deny it.

4) When it comes to career 3-pt percentage, three of the top four in that class were Spurs last season. It's true, look it up.

5) According to Win Shares, Hasheem Thabeet has had a more productive career so far than Daye, which seems impossible.

So yes, by almost any measure, Daye has not been a productive in his five seasons in the league. In fact, this scouting report by DraftExpress.com pretty much nailed his strengths and weaknesses to a tee. It's not hard to see why he hasn't developed as a player: the faults he had five years ago are still there. Guys who flame out in the NBA are those who fail to improve on what they are on draft night.

The odds are slim -- even slimmer than Daye himself -- that he'll become a rotation-level player in the league. That's just reality.

And yet we can't totally dismiss him because even now, five years after he was drafted, the potential in Daye is so evident. In just his second game in a Spurs jersey, against actual NBA competition -- well, sort of -- Daye scored 22 points, on 8-of-13 shooting while nailing 6-of-10 threes.

Leonard has exceeded 22 points four times during the regular season as a Spur, and his career-high is 26. Tiago Splitter has also done it just four times, and he too has a career-high of 26. Green has topped 22 seven times, with a career-high of 33. Boris Diaw's regular season high as a Spur is 22 points, and it took him three seasons to do it. But perhaps most significant to Daye is the fact that Matt Bonner has exceeded 22 points four times in his NBA career, with a high of 28, and he hasn't done that since 2009.

Daye didn't just show off a high and quick release against the Sixers. He also had a couple of blocks, a couple of steals and pulled down six boards. Though he didn't really know the plays, he at times displayed the instincts to make the right pass both in half court and transition situations. There are tools there and they are tantalizing.

Then again, it's far more likely that one game was just an anomaly borne of playing against the worst team in the NBA. Daye's game score that night was 20.8. In 13 other appearances for the Spurs, he totaled 8.2. He's still painfully skinny, can be thrown around on both ends of the floor, just disappears at times and needs to show he can understand a team's offensive and defensive concepts, whether it's in San Antonio or elsewhere.

Give Daye credit for this much: The first legit chance he got for the Spurs, even in a throwaway game no one was really into, he made the most of it. He showed something. By all accounts he had the right attitude behind the scenes and didn't make waves. Even if he didn't get it totally, he tried. In a way, his experience wasn't all that different than Boris Diaw's. For the first time, Daye got to see what playing with good players in a winning environment was like. We have no way of knowing how it'll rub off on him, or if it will at all.

Here's what we do know: The Spurs had a chance to say goodbye to Daye and made the decision to retain him. His $1.06 million salary is on the books for next season. He just turned 26 a month ago. It stands to reason that he'll be given a legitimate chance to compete with the recently re-signed Matt Bonner for the "stretch four" role off the bench. Bonner, who'll be 34 next season, has been a far more reliable shooter over his career, he's a strong post defender and has tons of "corporate knowledge," but he's also been more and more injury-prone these past few seasons, his release has slowed down some and Daye can do a few different things athletically that the Red Rocket simply cannot. Daye can also serve as Leonard's backup at small forward.

Maybe that game against the Sixers was a microcosm of things to come. Maybe Daye's real audition will come this training camp and preseason. At the very least he's shown he deserves a longer look, a chance to start fresh and to break camp with the team. The Spurs know what they have in Bonner. Daye represents the great unknown.

It's like the draft all over again for Daye. We're all speculating about him and again he's fighting to show he's one of the best 15 guys out there. Five years since he entered the NBA and we're still wondering about his potential.