Spurvengers Assemble!
Always we will fight as one
‘Til the battle's won
With evil on the run
We never come undone
Assembled we are strong
Forever fight as one

After overcoming the Thunder Elves, our fearless heroes return to SAsgard to recover and recoup. The team has barely stepped foot on home soil before the next threat to the League materializes in the Miamiverse: Bronos, who left a trail of devastation many moons ago, cutting down the Spurvengers in brutal fashion -- and has now returned for more. 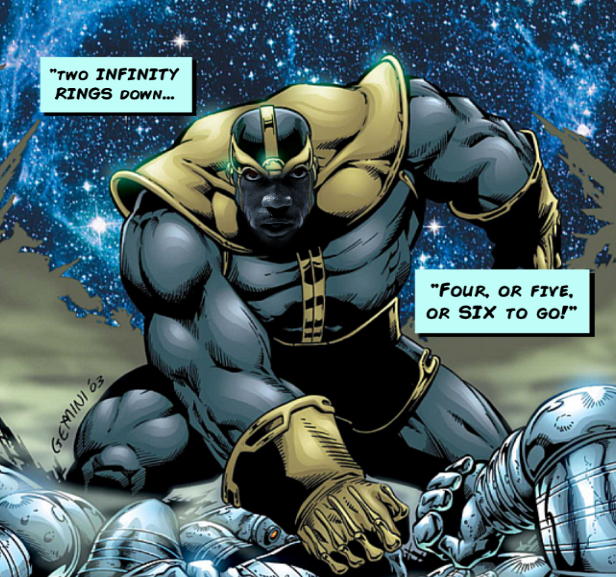 Bronos is intent on capturing the Infinity Ring from D.E.F.E.N.S.E. The agency plans on using this mysterious basketball artifact with unknown power to create more potent offensive weapons around the League. Pop Fury dispatches IcyHoteye and Tiasha Romanoff to scout the villains and develop the first line of defense. 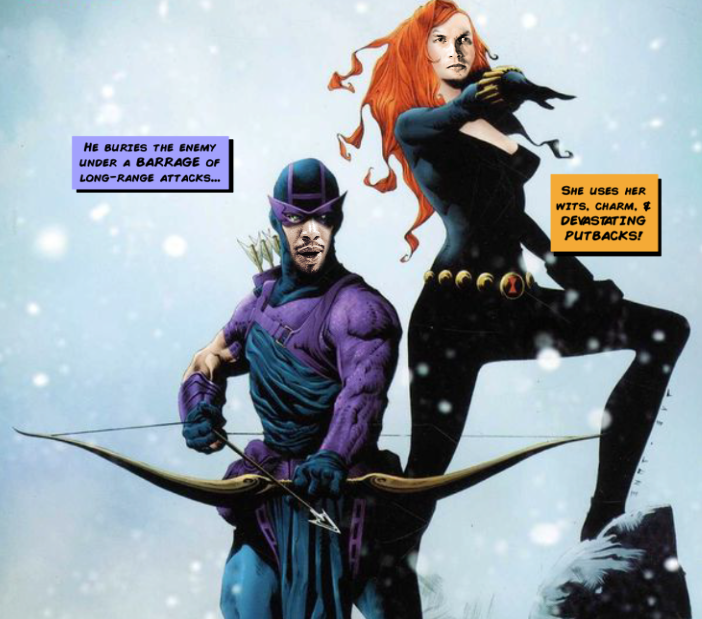 The duo quickly determines that the team requires more firepower - the Warriors Three are called from the bench to help defend SAsgard, a trio of skilled fighters and ruthless competitors from distant lands. 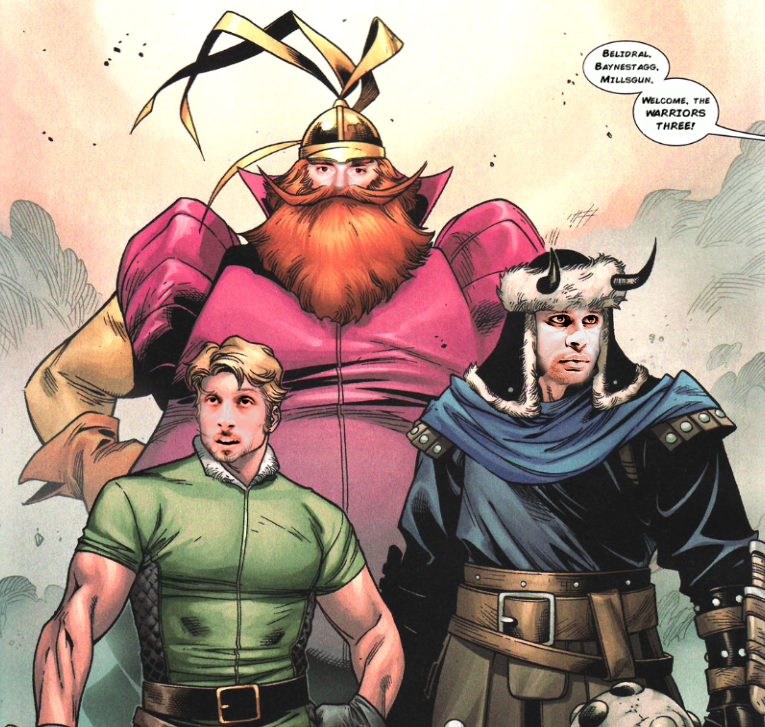 Captain Timerica and Thorny lead the attack, briefly fighting back Bronos with the offensive prowess of Thorny's hammer, Spinnir and the defensive might of Captain Timerica's shield. Cosmic justice is on their side, or so it appears. 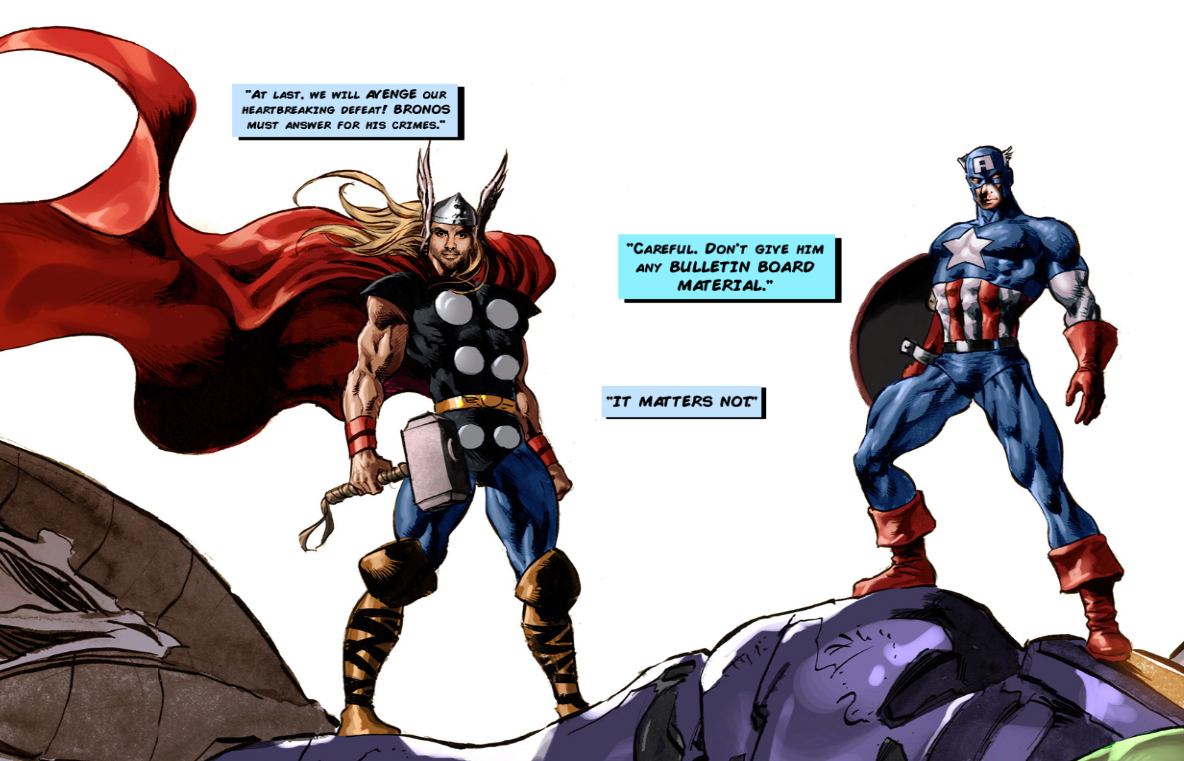 However, the pair tires against the constant assault from the burly Bronos. Iron Manu and the Bor Machine take over the fight after flying onto the scene, using their advanced basketball intelligence to befuddle the Heated invader... not to mention a souçon of snark. 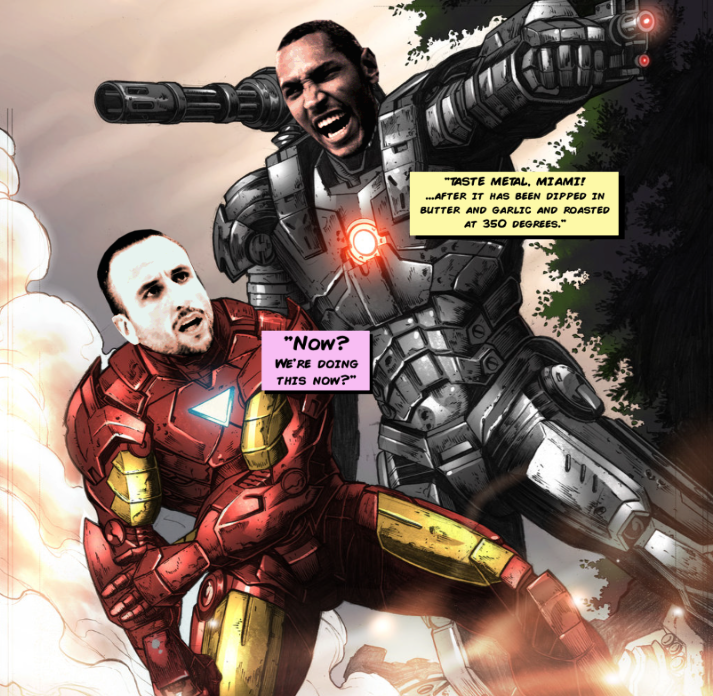 Bronos, under siege from the combined powers of the Spurvengers, calls his own reinforcement in the form of his compatriot, Dwynon. Allegedly healthy -- though no man can really say -- the Accuser's collusion with Bronos could mean the end (of parity) of the League. 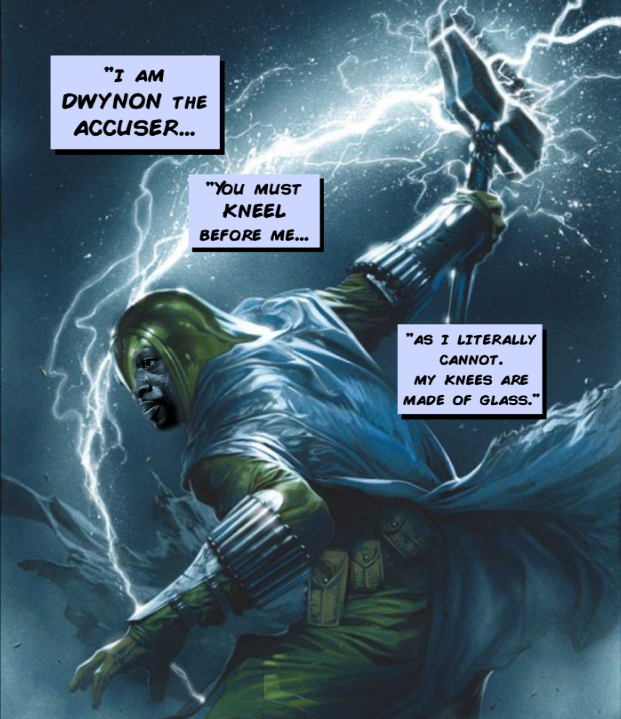 Intent on winning the battle, D.E.F.E.N.S.E. calls upon its ultimate weapon of destruction, Kawhulk. His massive hands pound the court, disrupting the offensive plan of the villainous pair. He has only one thought on his mind: revenge. 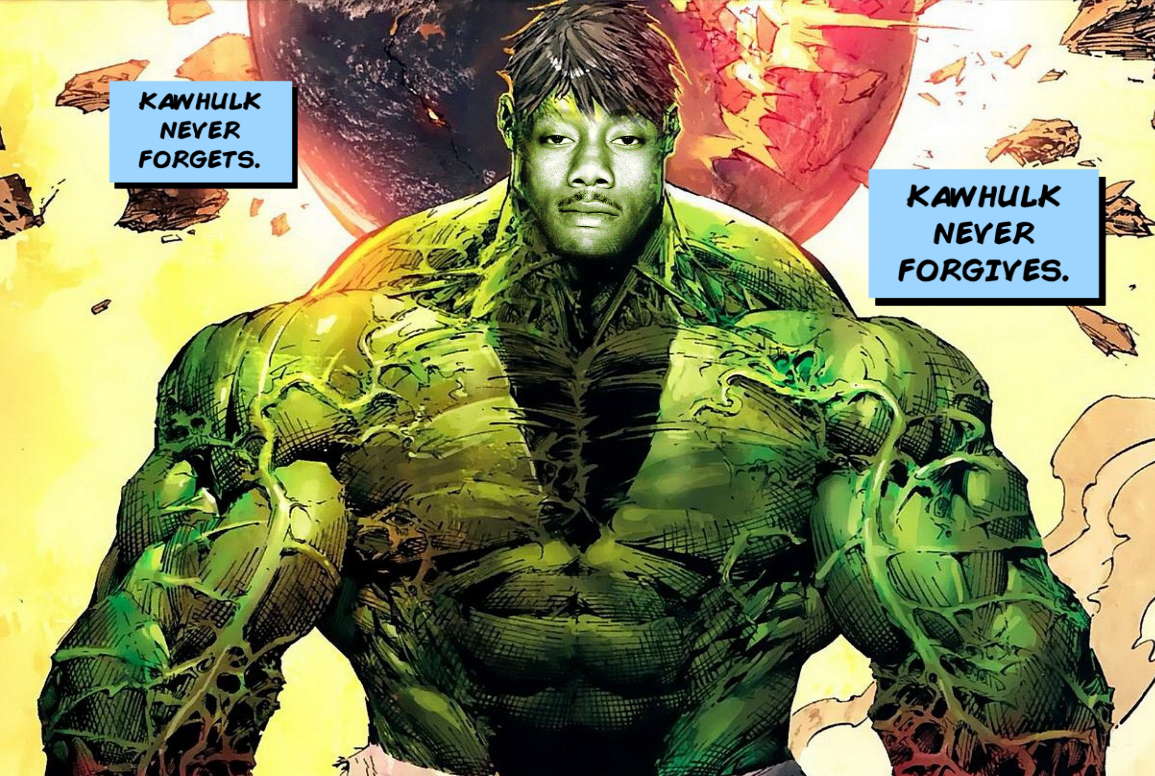 Unable to withstand the Kawhulk's might, the invaders summon their secret weapon, the Chrislector. This strange (and strange-looking) individual has hoarded an ever-growing cache of basketball skills over the years, allowing him to counteract attacks from the Spurvenger team with mysterious and bizarre powers. 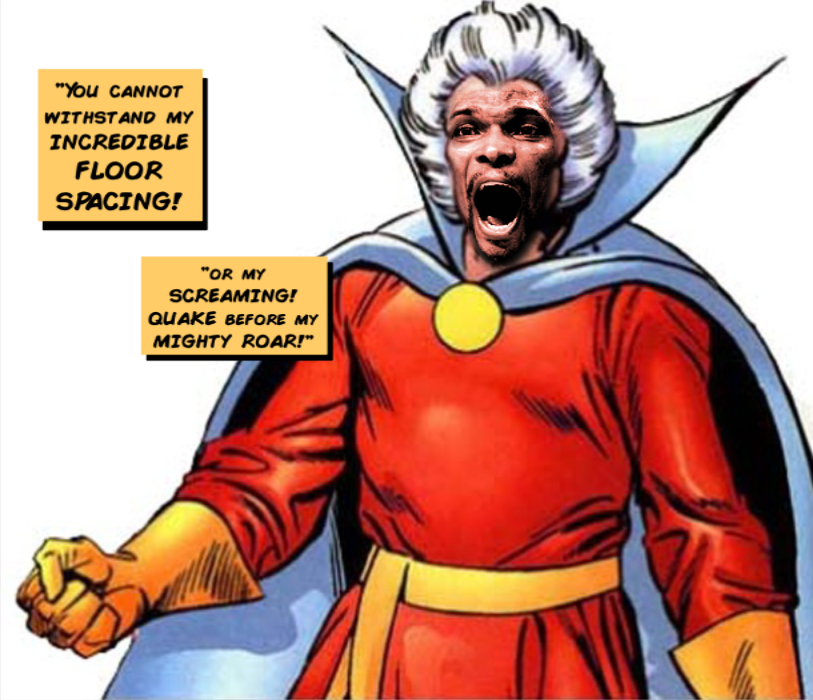 Worried about his team's ability to defeat the opponents from Miamiverse, Pop Fury looks to Agent Matt Coulson for help in identifying new Guardians of the Game, even adding him to the front lines when need arises. 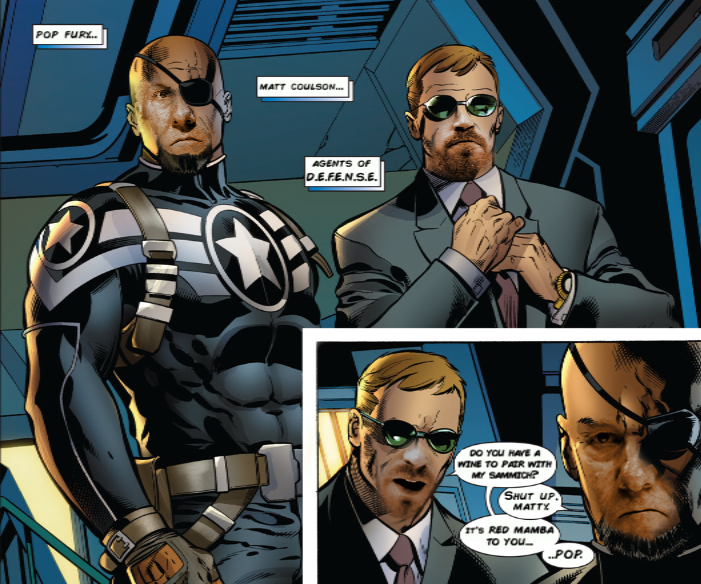 Coulson, while searching for the perfect sandwich, runs across an unlikely duo: Cojo Raccoon and Jroot. The speedy raccoon attacks the rim with fearless ferocity, while the wooden-handed Jroot can grow to match the game situation, despite his limited vocabulary. The two make an unlikely but effective pair. 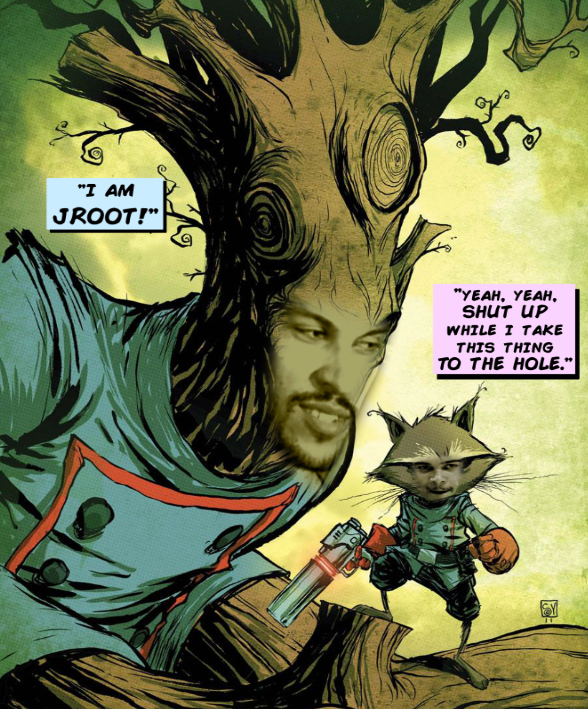 As the rest of the Spurvengers combat and contain Dwynon and the Chrislector, the fight for the Ring comes down to the one-on-one battle between Kawhulk and Bronos. The Kawhulk unleashes his colossal fists on the substantial bulk of Bronos. Truly, it is a titanic struggle, a duel for the ages. 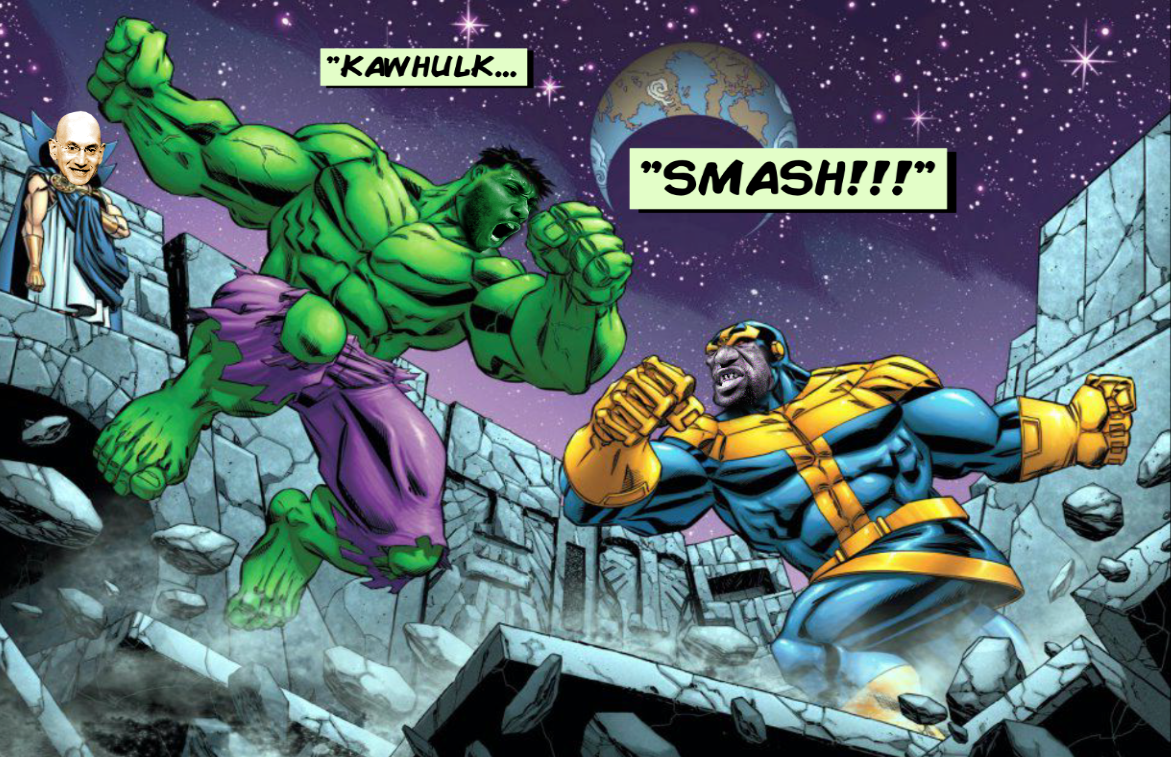 Will the defensive fury of the Kawhulk defeat the offensive might of Bronos, achieving vengeance for SAsgard? Or will Bronos, with the help of his Miamiverse associates, claim a third Infinity Ring and cement his basketball legacy for all time? The High Commissioner Silver watches in great anticipation.