A collection of headlines and stories from around the world celebrate the contributions of the Spurs' international players.

Share All sharing options for: The whole world celebrates the Spurs' championship

The San Antonio Spurs' may not be America's basketball team (big-market teams like the Lakers, Bulls, and possibly even the Heat likely edge out the Spurs for that distinction) but there is no question that the Spurs are the world's team.

With the most international roster in NBA finals (and regular season) history, it's no surprise that Spurs fans around the globe celebrated the championship along with San Antonio. Below is a sampling of newspaper headlines from the home countries of the Spurs foreign legion.

Belinelli: I am happy, and Italy is on top of the world 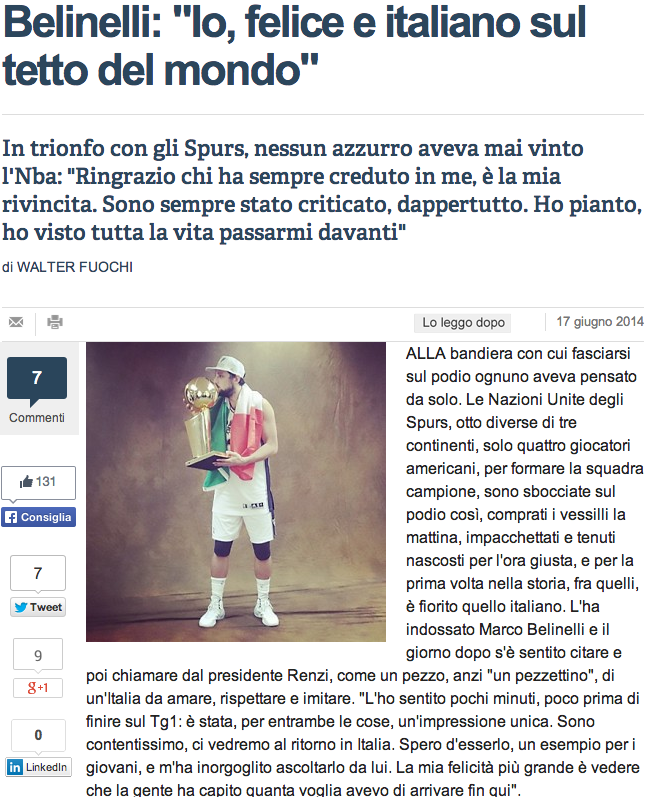 The triumph of Belinelli's Spurs, the first Italian NBA Champion 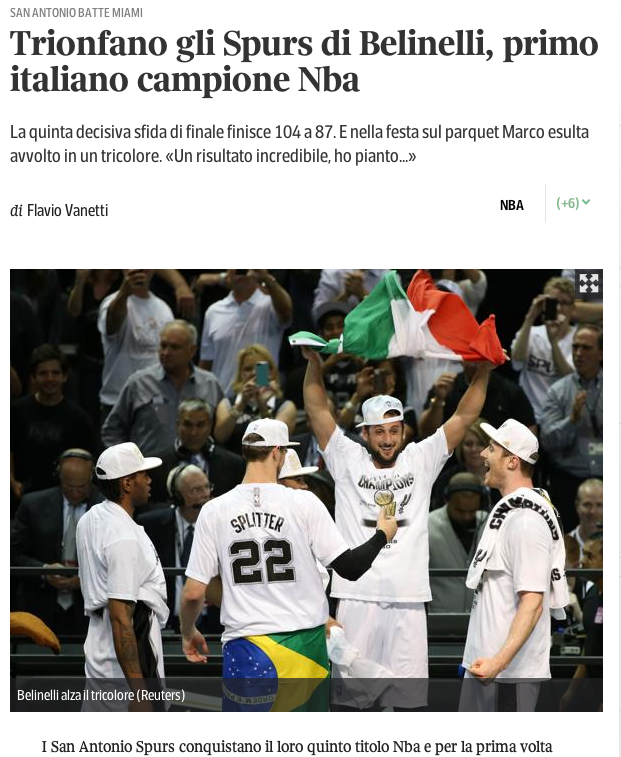 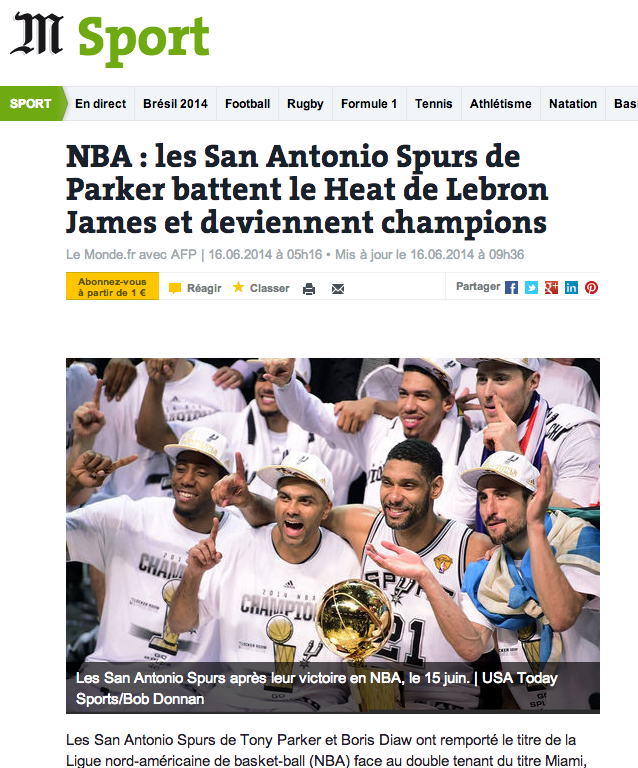 San Antonio, the story without an end 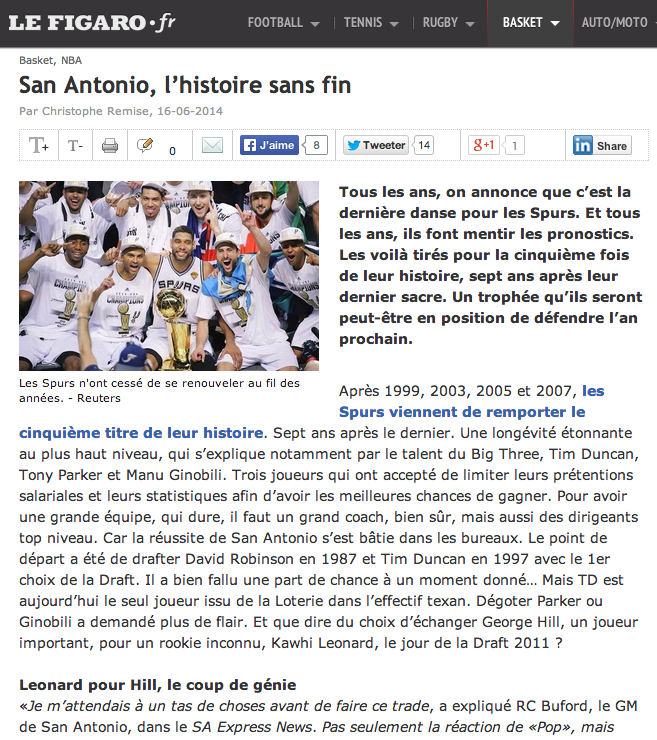 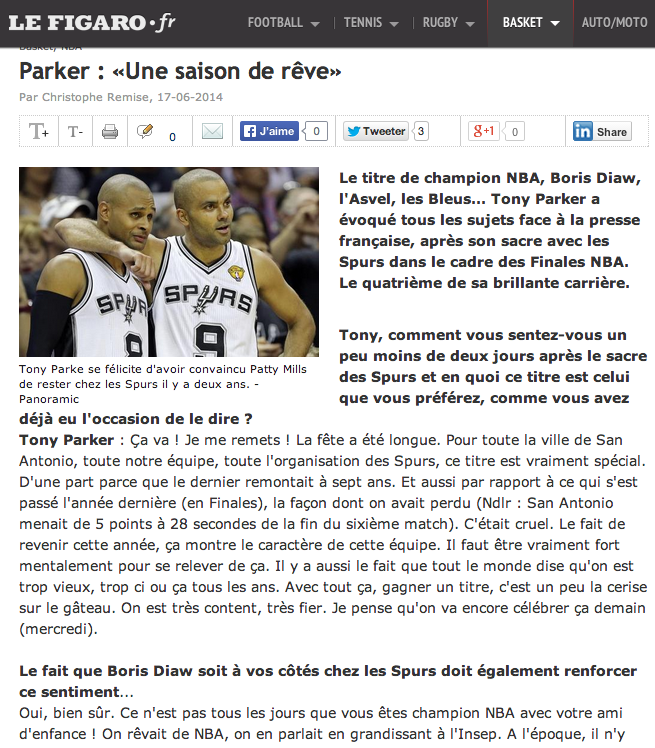 Manu is still a hero in Argentina

Manu Ginobili is an NBA champion for the fourth time 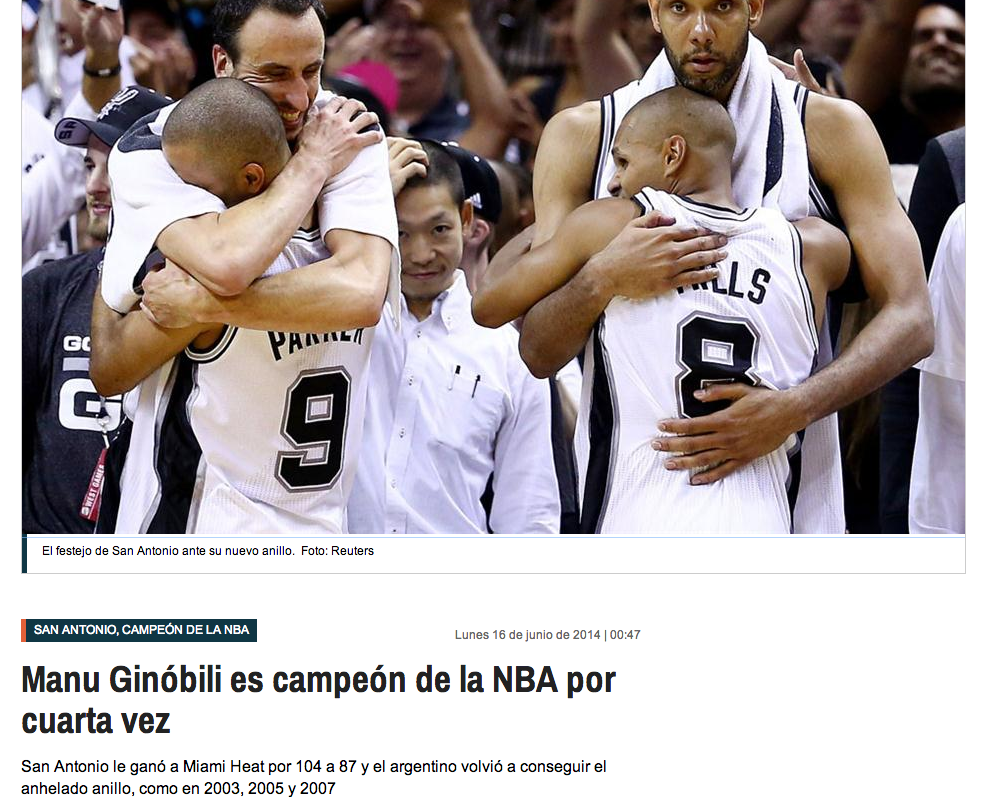 Popovich, the man who designed the world's best team 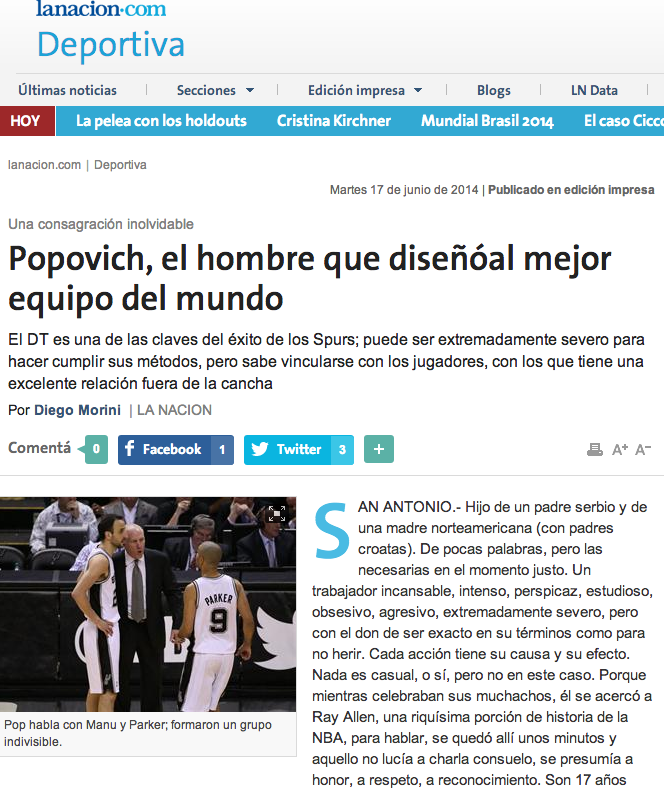 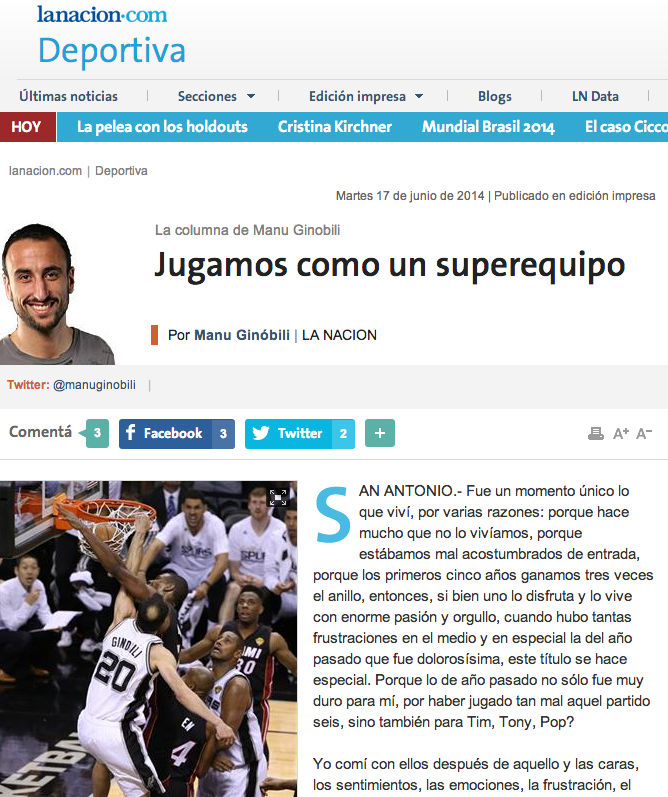 The Spurs trample the Heat again and get a home win for the NBA title. 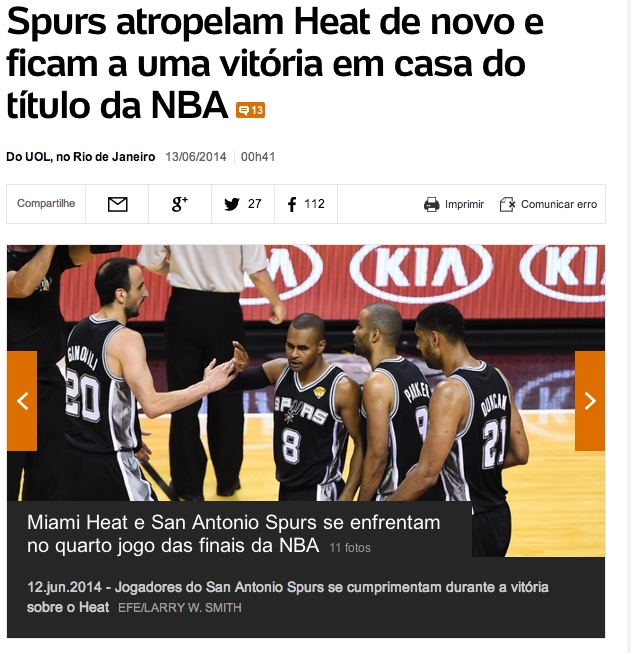 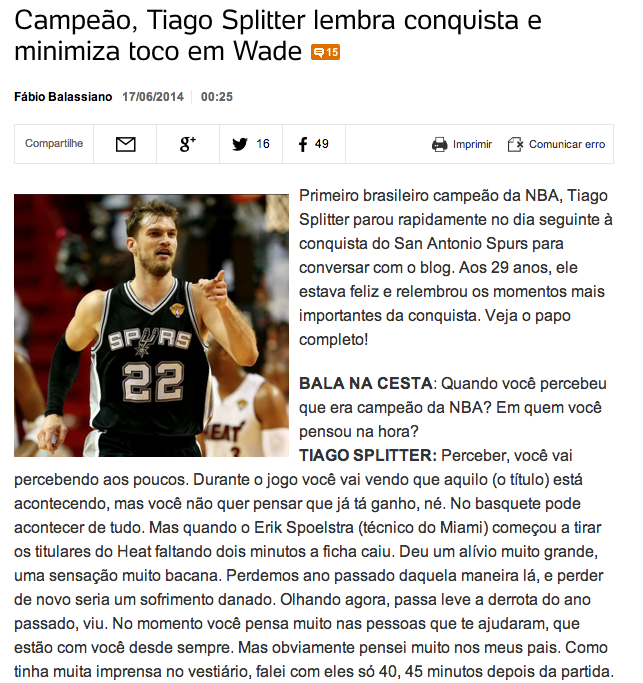 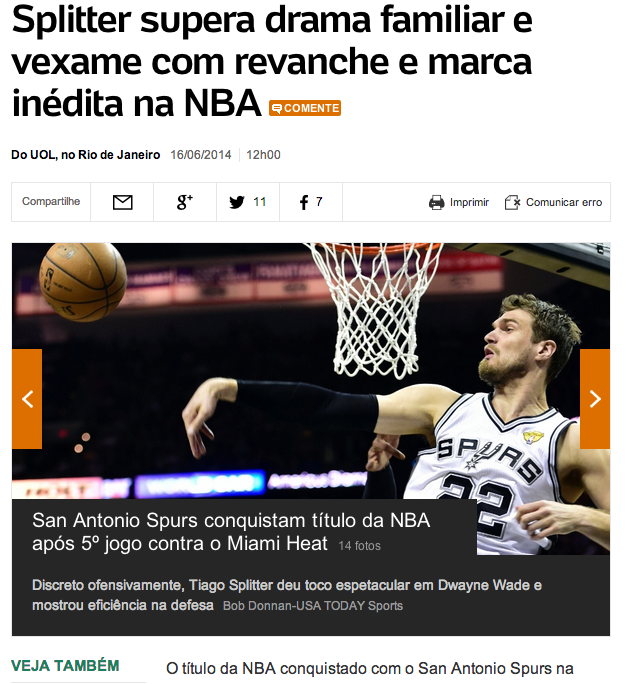 Canada takes notice of Cory and the Spurs 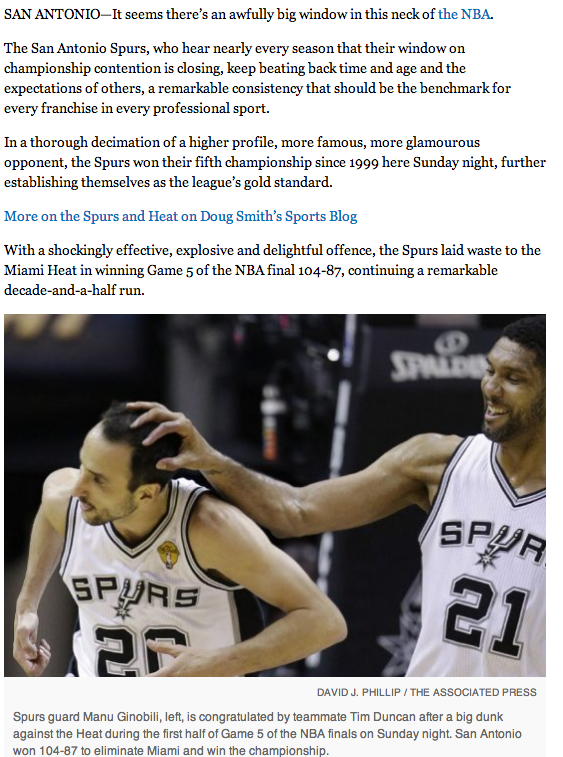 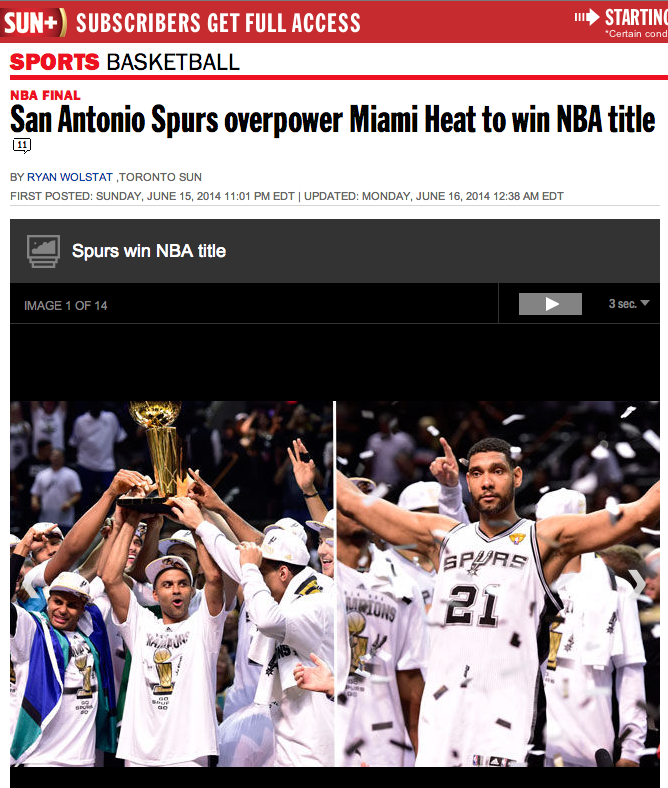 Australia gushes with pride for Patty and Aron 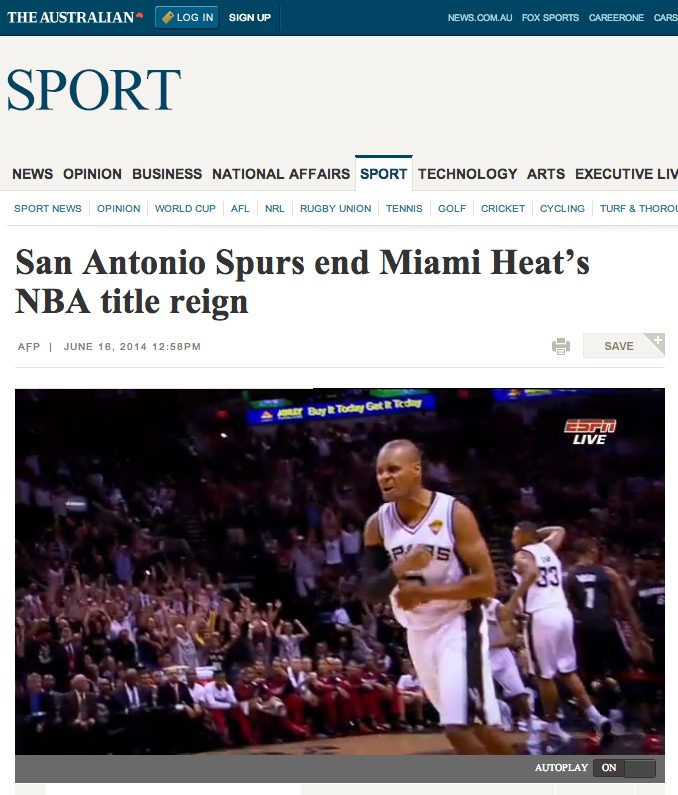 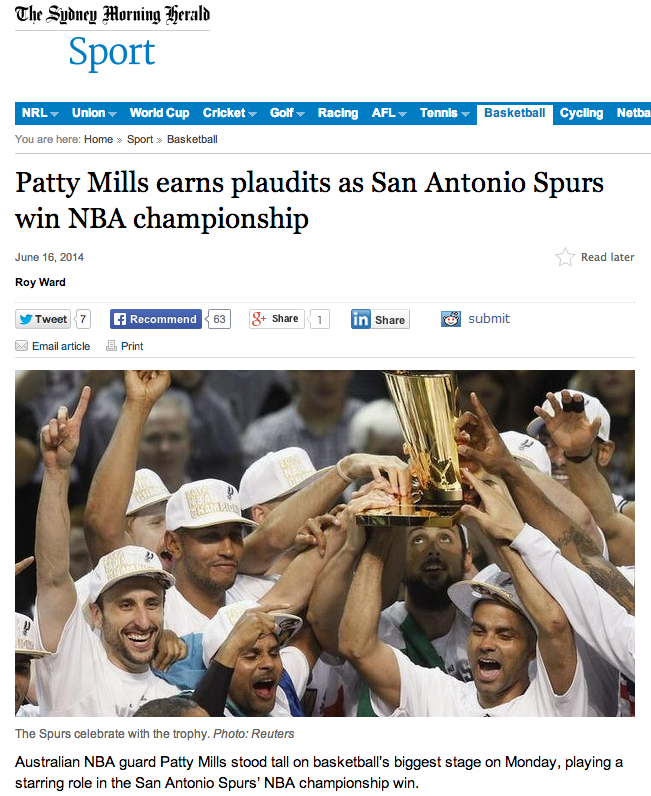 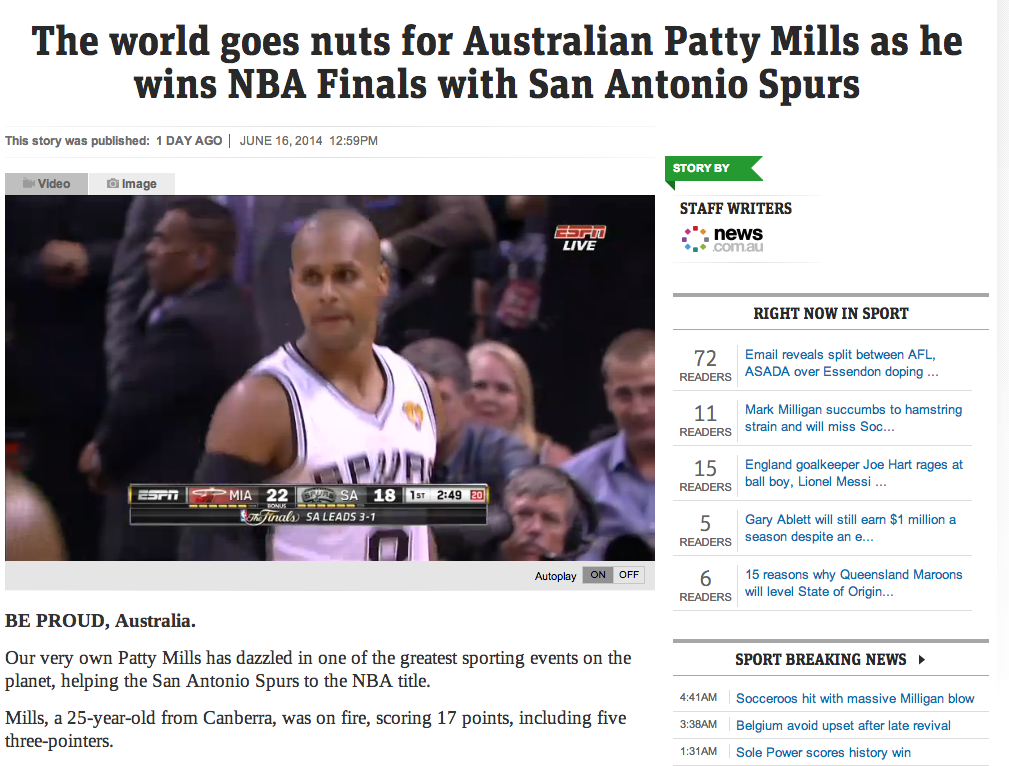 This team is so easy to root for.

This team is so easy to root for, eh.

This team is so easy to root for, mate.

[Ed note: I used Google translate for all but the Canadian and Australian translations.]