Why I can't stand Russell Westbrook

Every fan has a player that they simply cannot -- under any circumstances -- support. For me, that man is Russell Westbrook.

Share All sharing options for: Why I can't stand Russell Westbrook

I'm sure I don't speak for all Spurs fans, but I simply cannot stand Russell Westbrook, and I'm pretty sure I'm not alone. It's not that I dislike any display of emotion. It's not like every passionate player turns me off. I get pumped up when Manu Ginobili follows a clutch three with a fist pump, and it's not just Spurs displaying emotion that I respond to positively either. I've been known to get into Dikembe Mutumbo's finger wagging, Michael Jordan's punching the air, or even Shawn Kemp's tilt-your-head-back-and-roar. 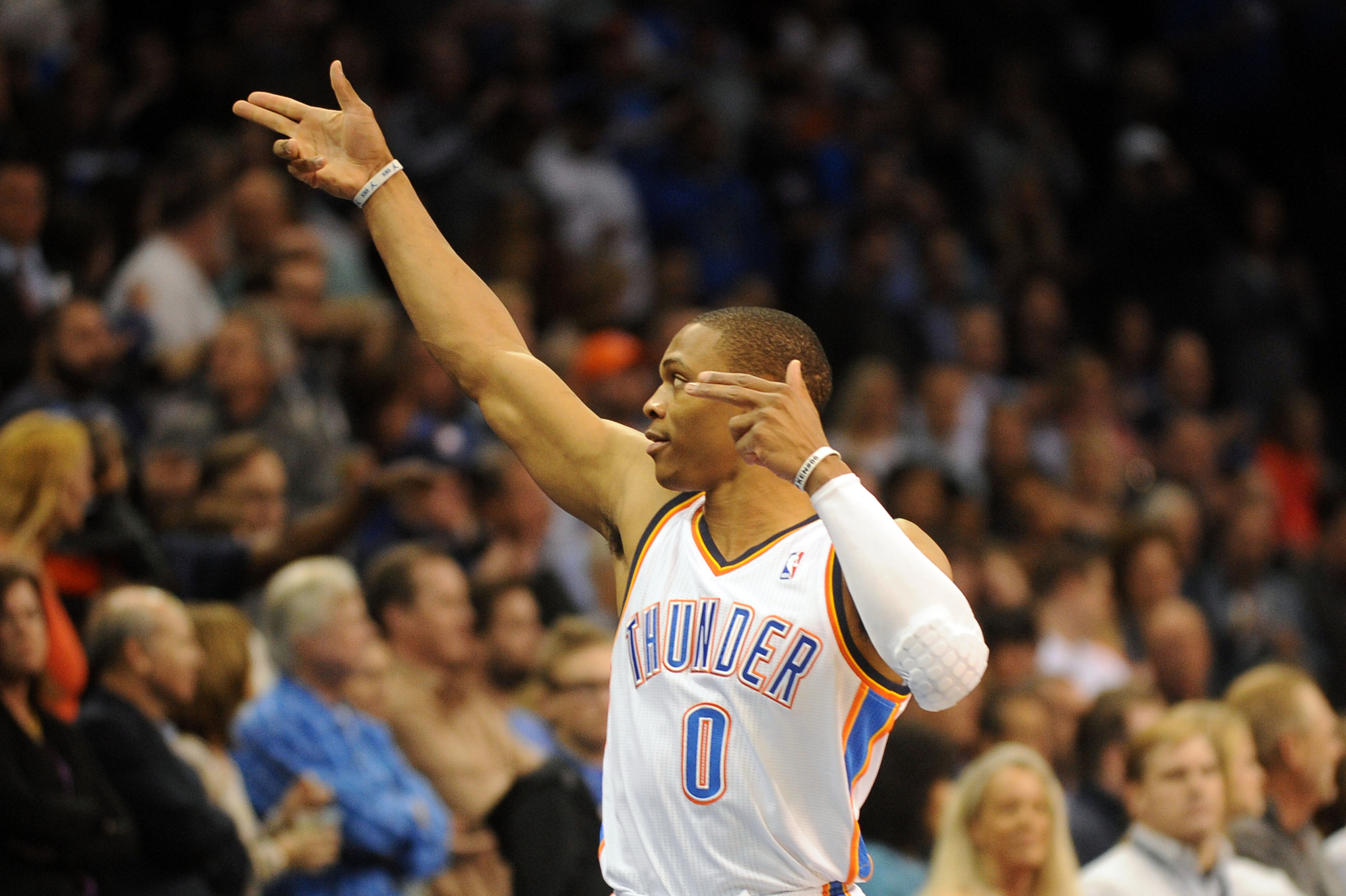 There's big difference between a celebration of a great play, and somebody whose body language says, "Look at me, I'm so good! Worship me! Luuuuuuuv me." Which is what I see when Westbrook's jogging back up the court, basking in the crowd's applause, like he just returned to Rome after having conquered an entire civilization. 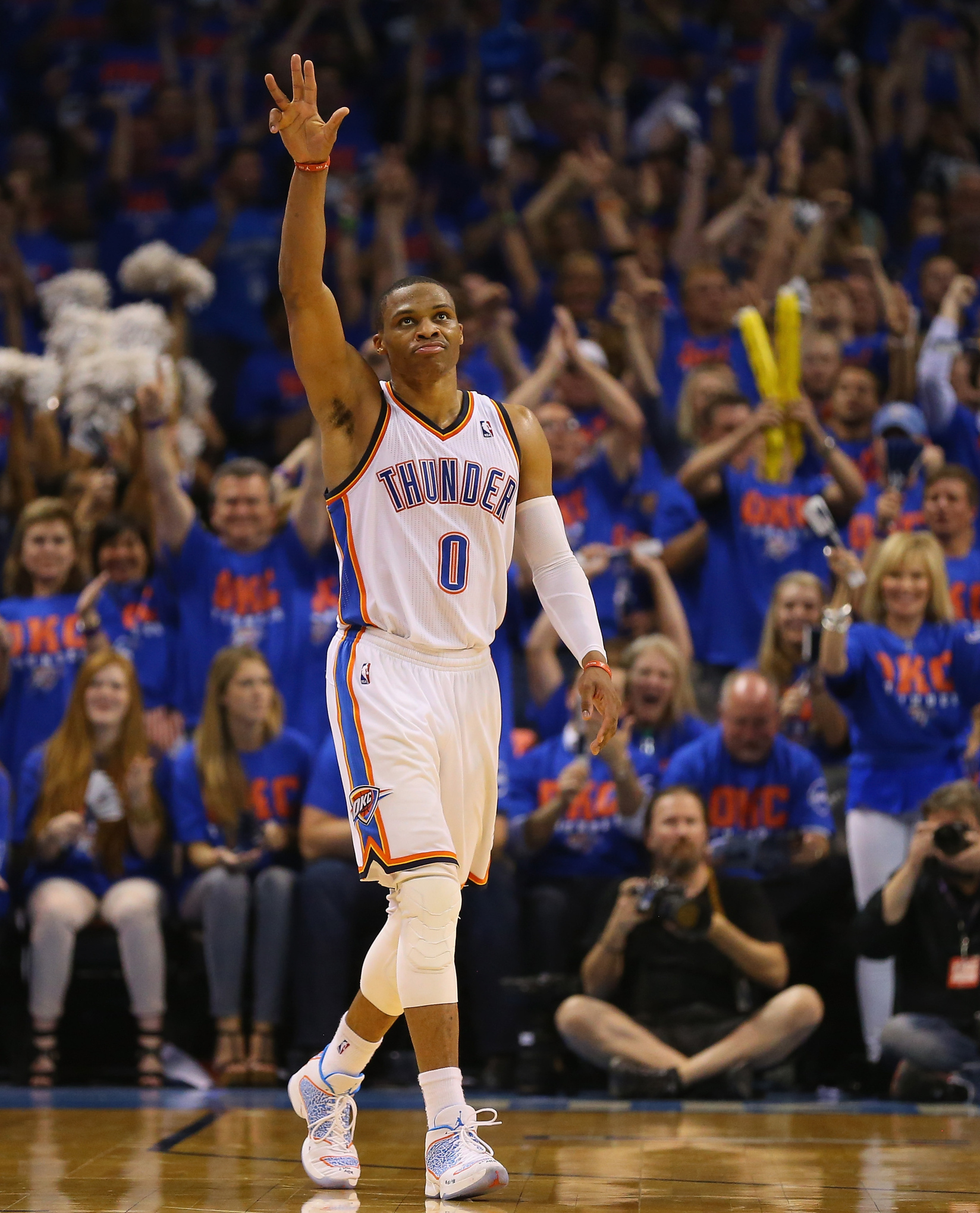 The expression says, "Laud me. Praise me." Essentially, it's the 21st century's version of Shelley's "Look upon my works, ye mortals, and despair." 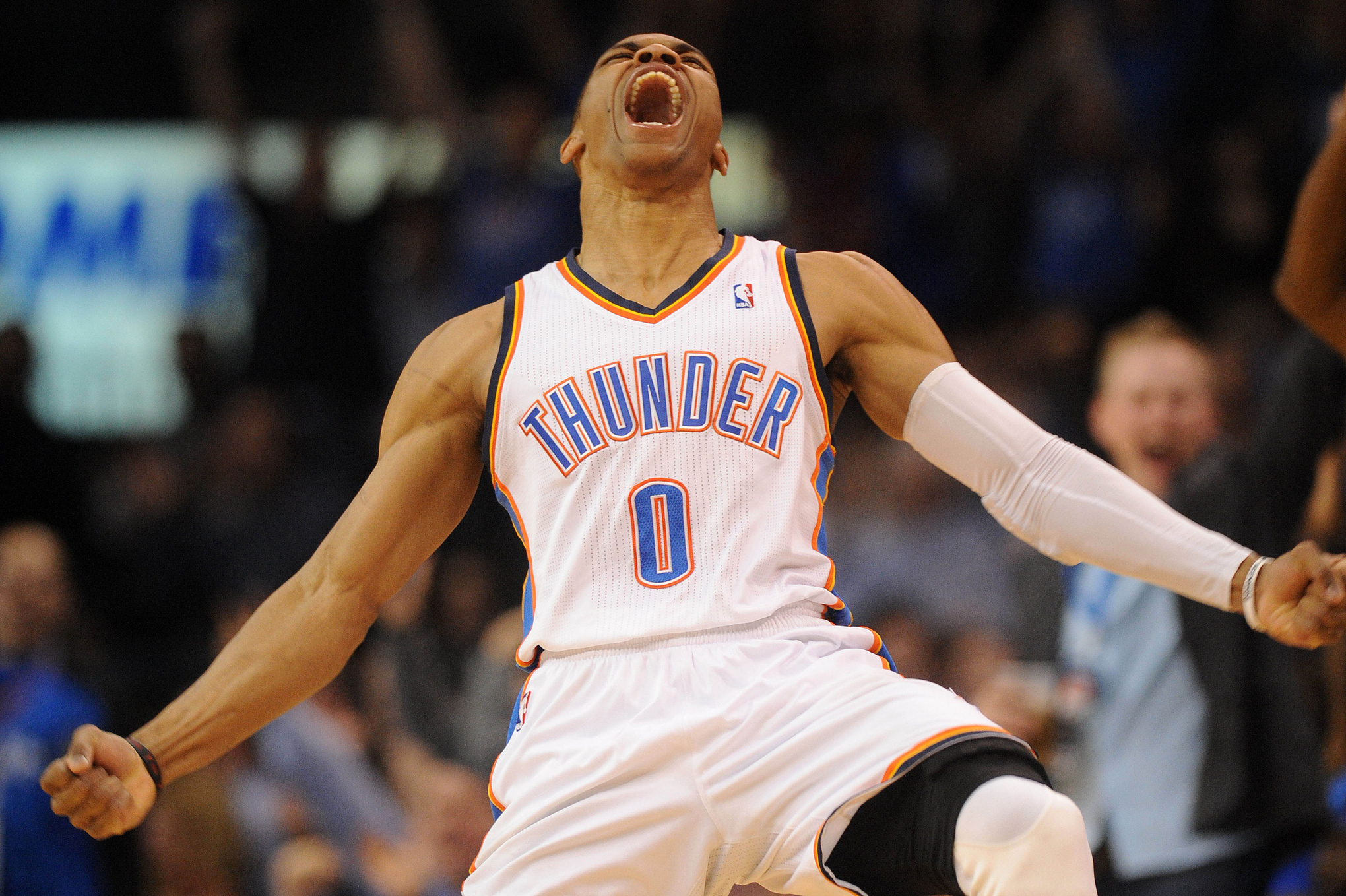 If it wasn't for the looks of disgust or incomprehension or exasperation that Kevin Durant is now OPENLY giving him sometimes, I wouldn't have any reason to think that his teammates are anything but ok with everything that he does. Verbally, KD says they are on the same page. But his body language, often says "I'm the MVP and the best scorer in the game and you're taking a 28 foot PUJIT with 20 seconds left on the shot clock. Seriously? Is passing the ball that hard?" 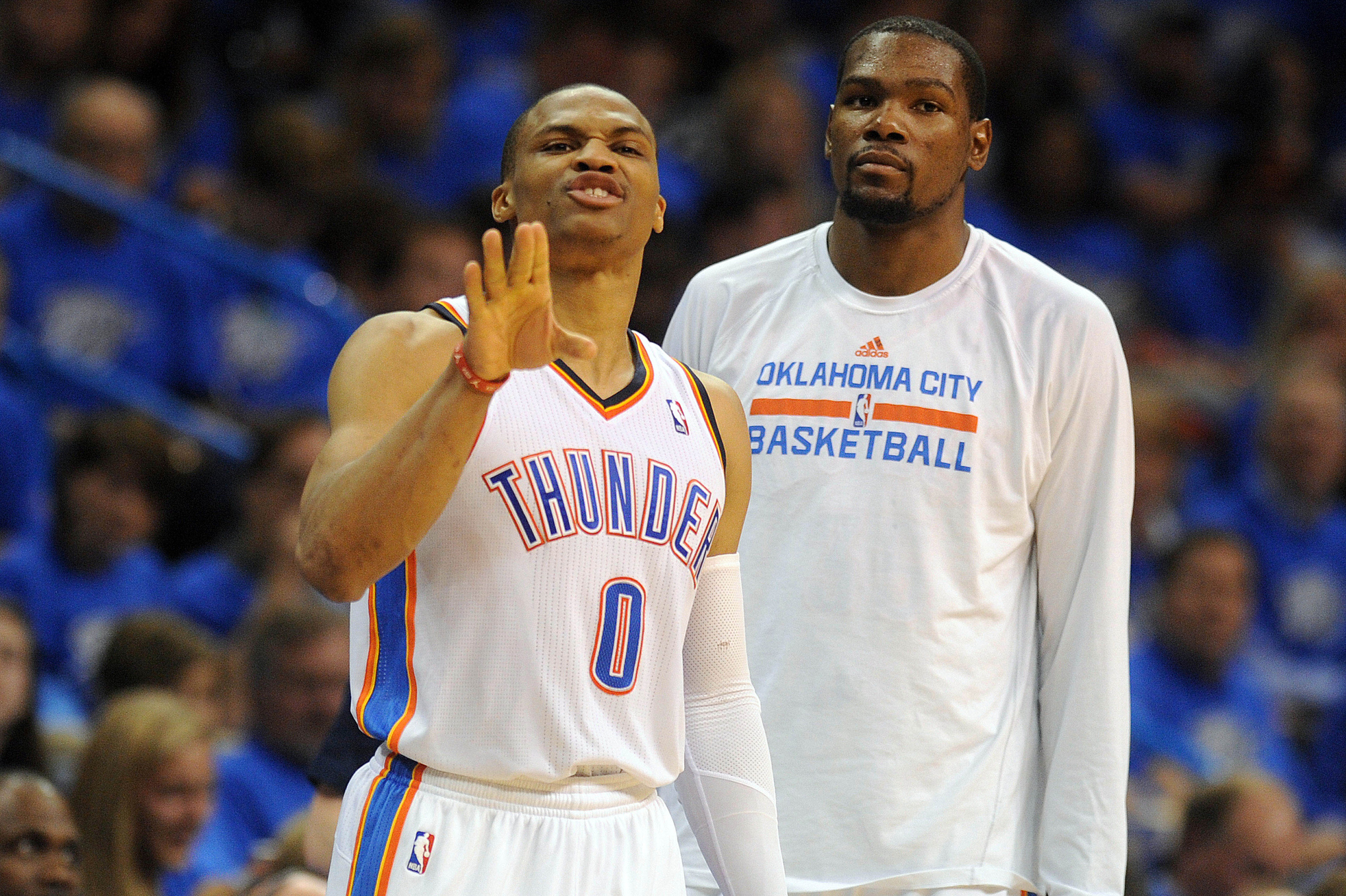 I listened to the Grizzlies series Game 5 post game interview. I didn't hear Russ take any personal responsibility for the loss. There was just some "we" stuff, while KD was saying a lot of "I" stuff. "I've got to make that shot when my teammates get it to me." "I'm ok being a decoy." "I trust my teammates whatever ever they decide." "I've got to hit that free throw regardless of the circumstances." And the most shocking: "If I want the ball, I've just got to get a rebound and bring it up myself." 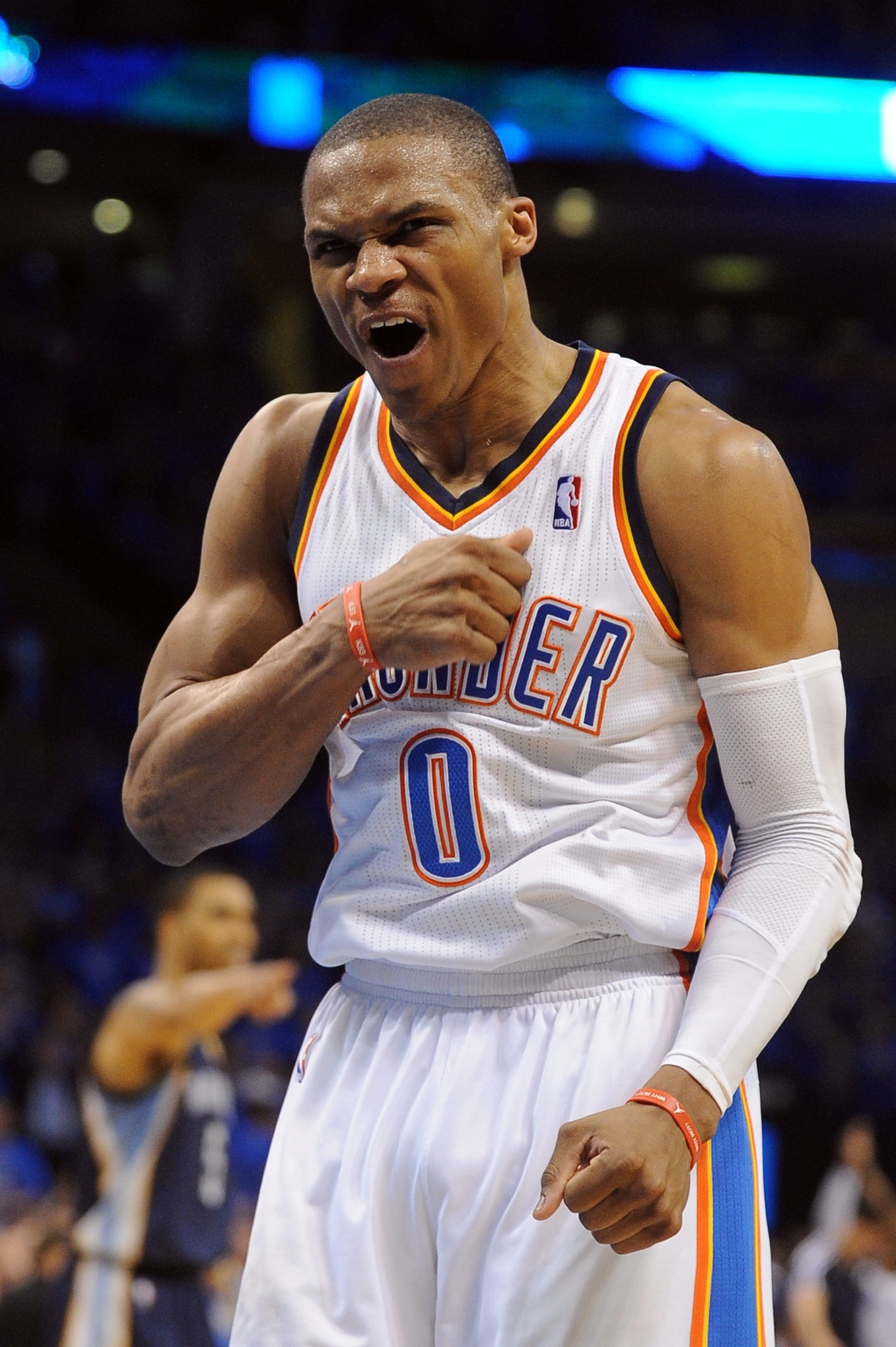 Russ was asked if he was pleased with his shot selection, some early in the shot clock, some a little wild. "Um, I mean, yeah, I can get better ones, but, you know, sometimes you just gotta attack regardless of, you know, what's going on or the time of the game. You gotta stay in attack mode. If, you know, they're giving me a 15 footer, I mean, you know, I'll make that 9 times out of 10 so I'm going to shoot it." 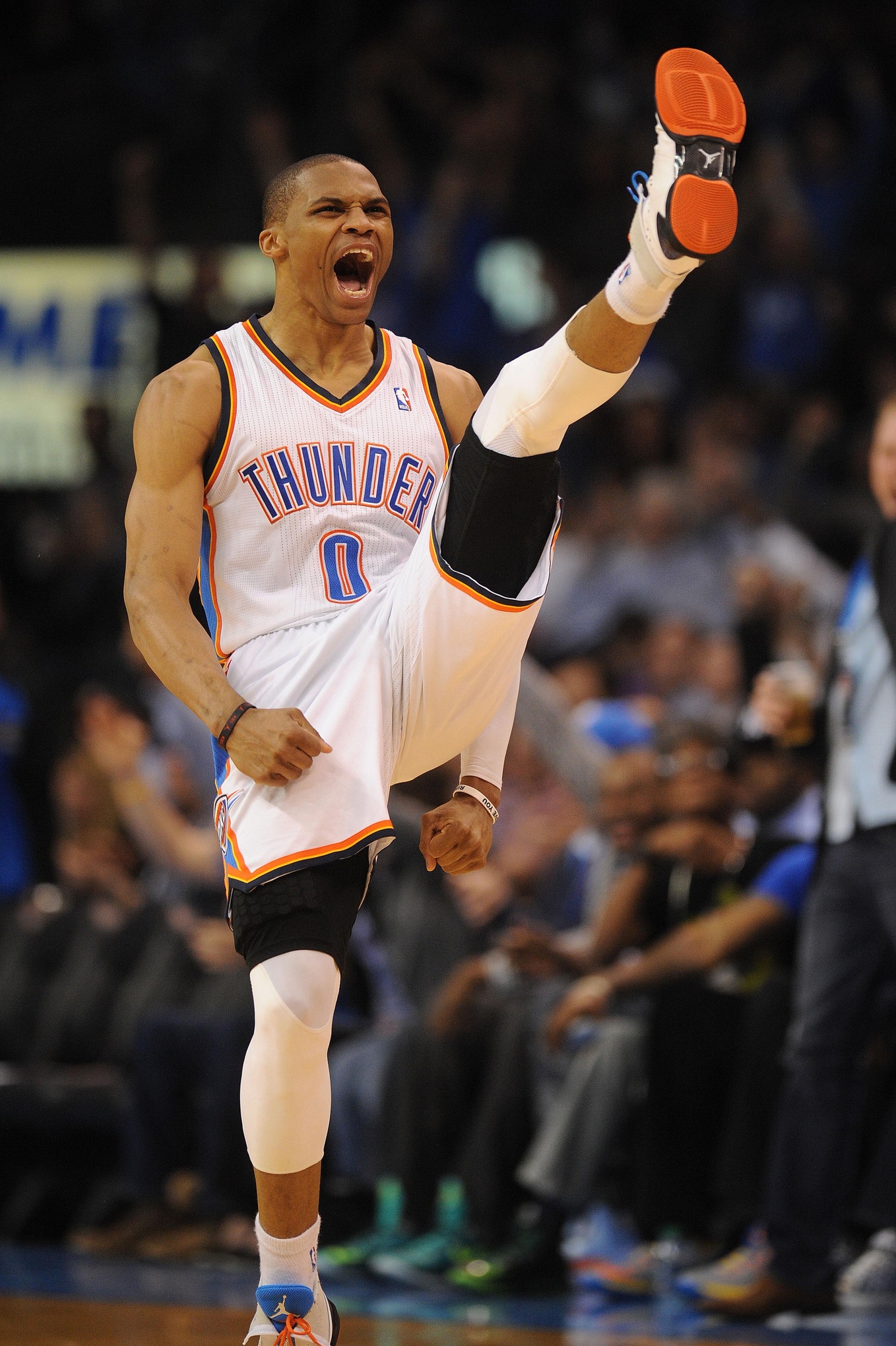 Even considering that there might be a little hyperbole there, the guy is delusional. Irrationally confident to the nth degree. He won't make it 9 out of 10. Or 5 out of 10. It's more like 3 or 4 out of 10. He's a career 30% from 3, 40% overall (think about how many dunks he gets) and 80% from the line. And it doesn't vary from year to year. If he thinks that he can hit a pull up 15 footer at a better clip than he can hit his free throws, what can you do? 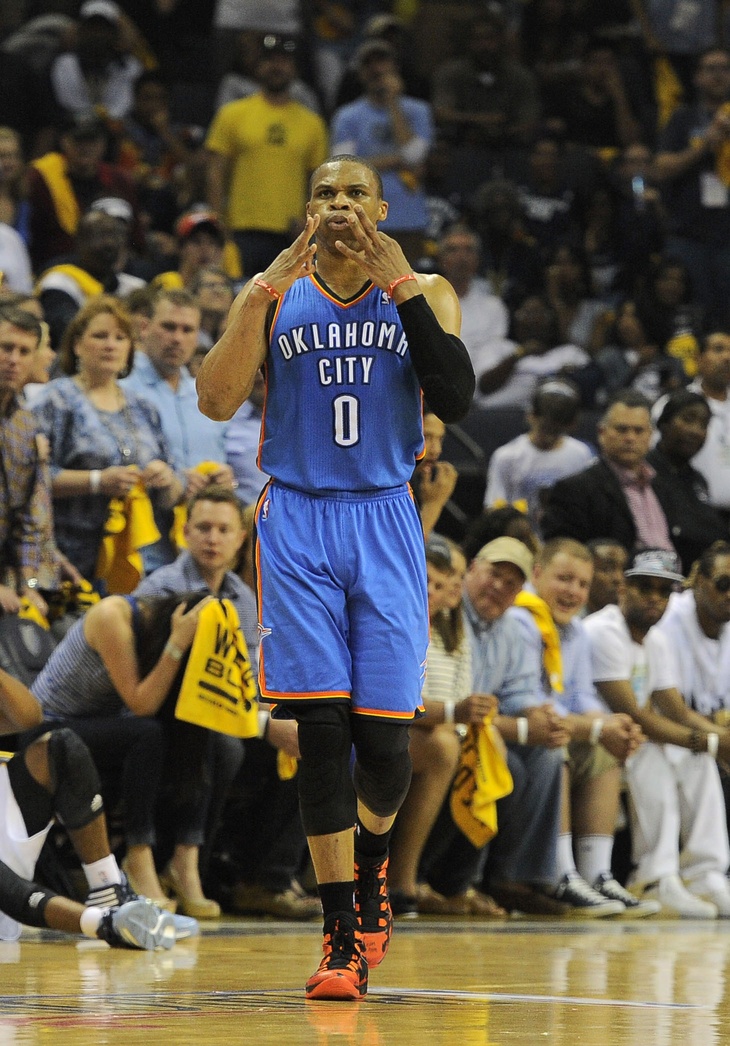 Westbrook's play reminds me of somebody that doesn't just want to win, but wants to fill up the stat sheet. He's looking for his. He wants the accolades that come -- not just from winning -- but from putting up big numbers. He doesn't care about getting to his best shot, or getting the best shot for the team, but just getting HIS shot up - from ANYWHERE, and/or making somebody on the other team look silly. And then he preens when he makes 1 of 6 from 3. If he wasn't so crazy athletic, he would coming off the bench somewhere. 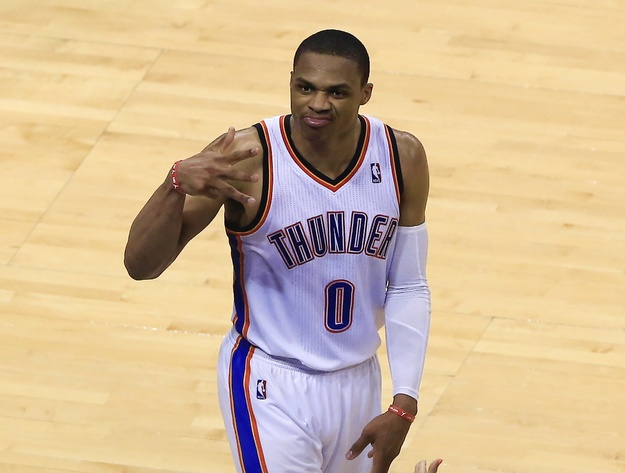 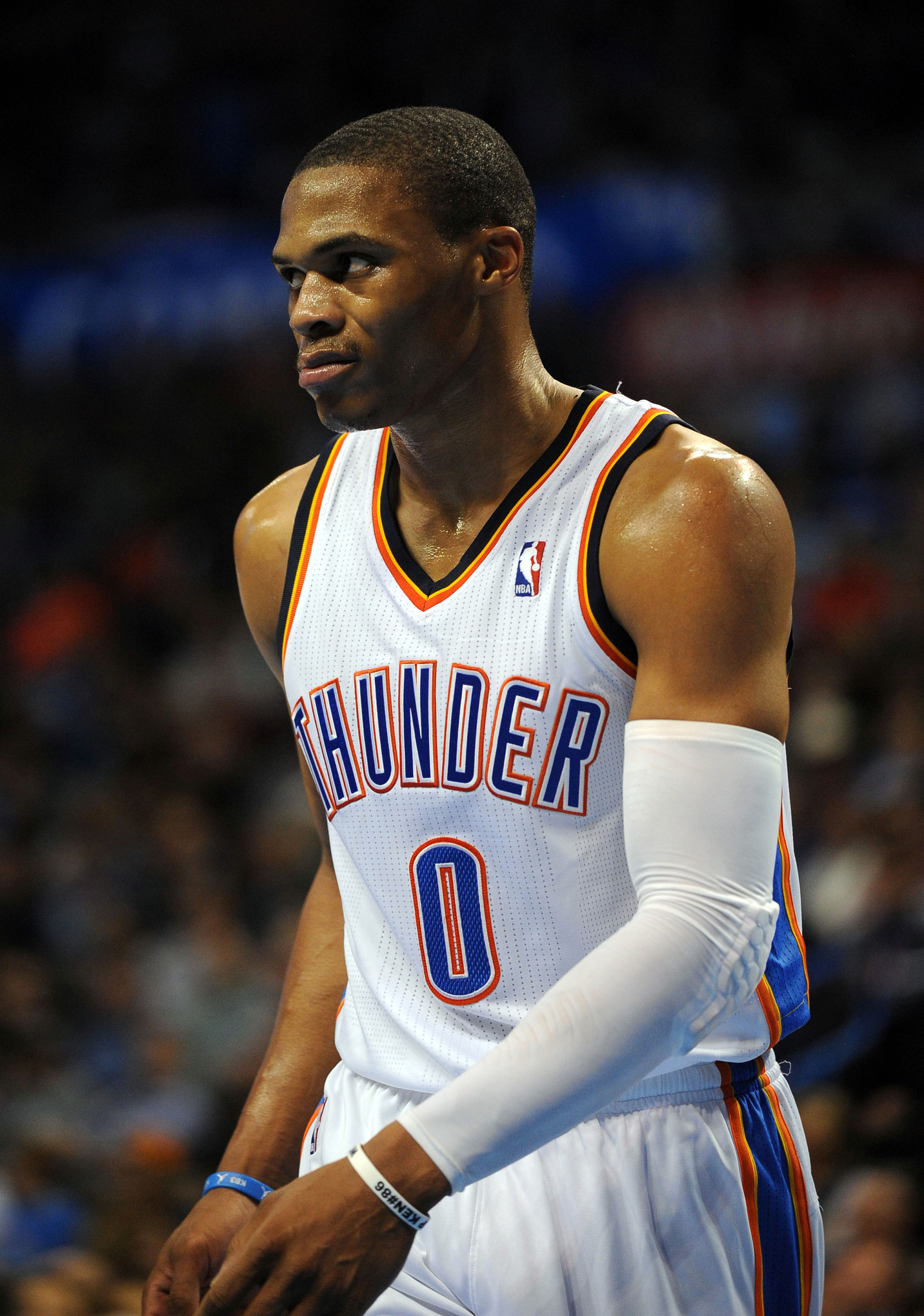 It would take him listening to the advice or coaching of somebody else, and how can you do that with such an astounding collection of chips on your shoulder. I'm not sure he can accept the kind of criticism it would take to correct what I'm seeing. Which is kind of a shame.

But it's good for the Spurs. Because if he was ever able to reject style over substance, big numbers over efficiency, self over team, athleticism over smart play, loose-cannon gunning over accountability, and self adulation over humility -- then I don't think there's a team in the league that could stop the Thunder.

You can check out the other perspective over at Welcome to Loud City. Bill Champion tells us Why I love Russell Westbrook. There's even a video of Russell doing very nice charity work for the kids.