SAN ANTONIO, TX – Following on the heels of Samsung's "LeBron" app, the San Antonio Spurs today announced "Duncan," a mobile application that will give fans unprecedented access into the life of one of the game's greatest players ever. Exclusively for iPhone owners, the app provides an immersive experience as fans journey with Duncan through his second decade of NBA Playoffs excitement.

The Duncan app will let fans follow Duncan as he and the San Antonio Spurs prepare for their annual championship run. The app will provide never-before-seen content as well as access to some classic Duncan clips.

"We are showing a side of Tim Duncan that the NBA has never seen," said Caleb Saenz, chief developer of the mobile application. "The Duncan app is really a first for the league. Unprecedented insight into a legendary talent."

The app's exclusive content will put fans right into the center of Duncan's life, focusing on four main areas: 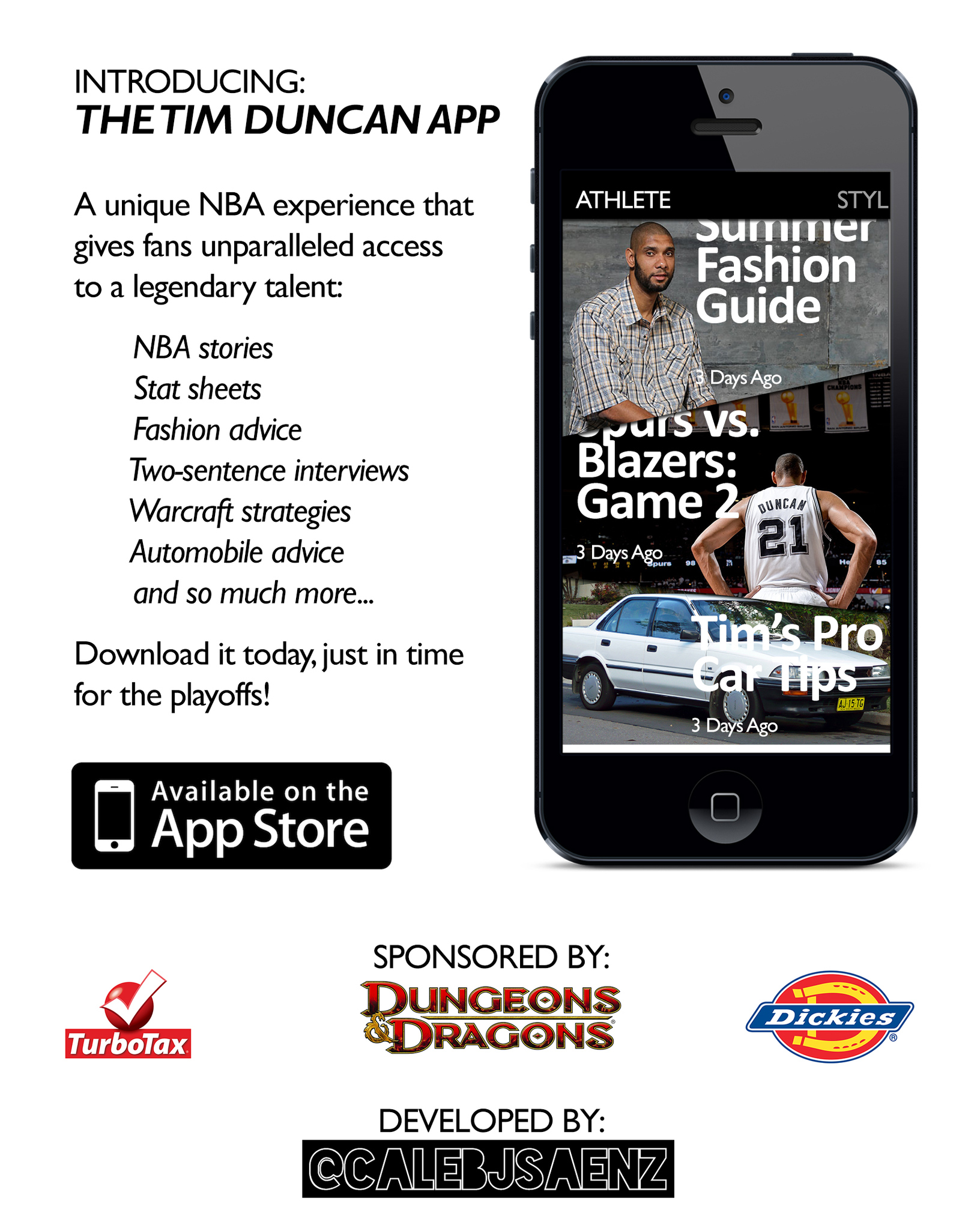 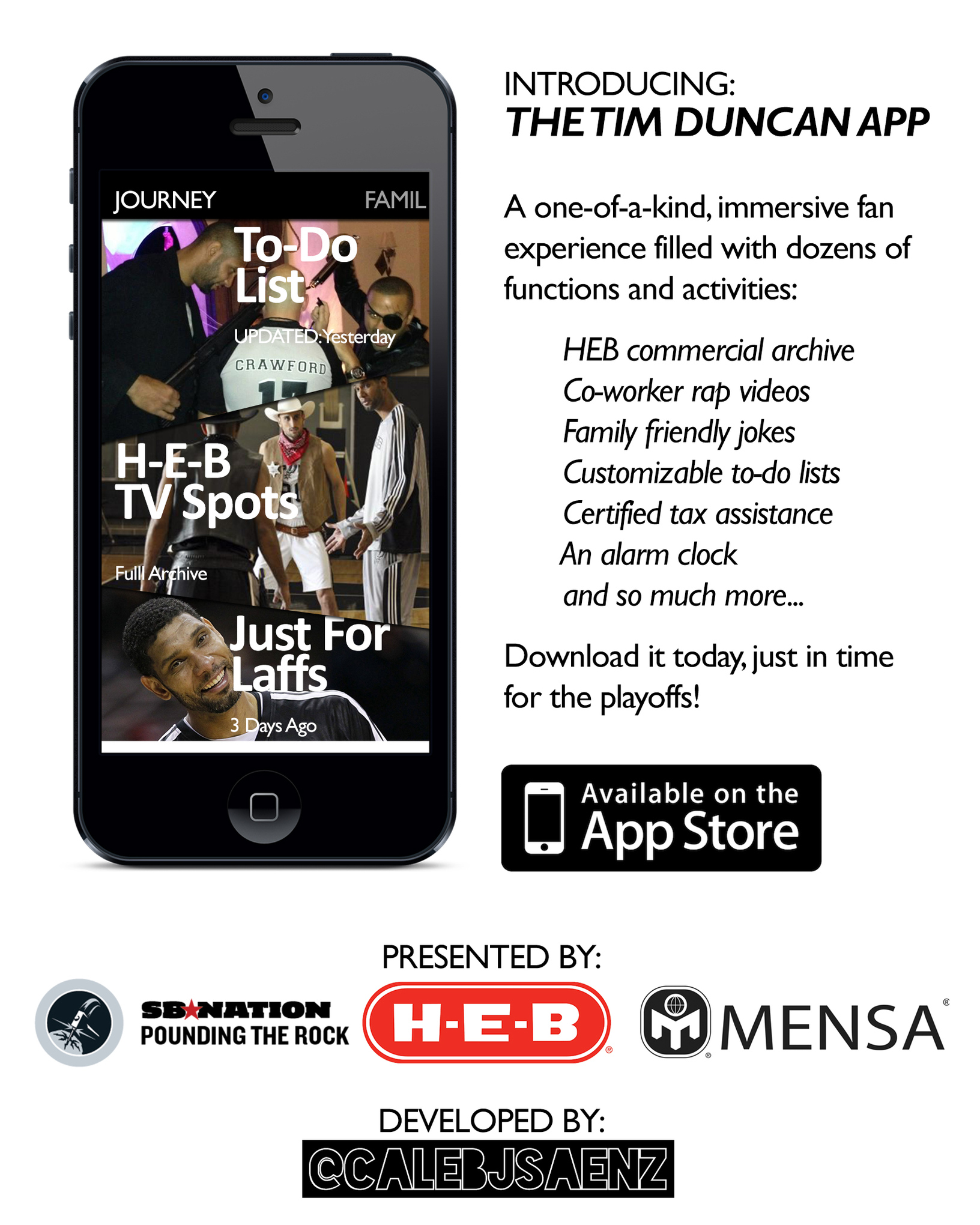 "This season has been another incredible addition to Duncan's already untouchable legacy. To have such insight into a player who has had such an impact on the history of the NBA is an absolute treasure," Saenz said. "There's never been anything like this."

Fans will be able to download the new application following the release of Matt Bonner's debut rap album.