Kawhi and Ginobili had huge nights to put away the Grizzlies. The Spurs end their long and painful one-game losing streak and are now just two games away from clinching home court advantage throughout the playoffs. 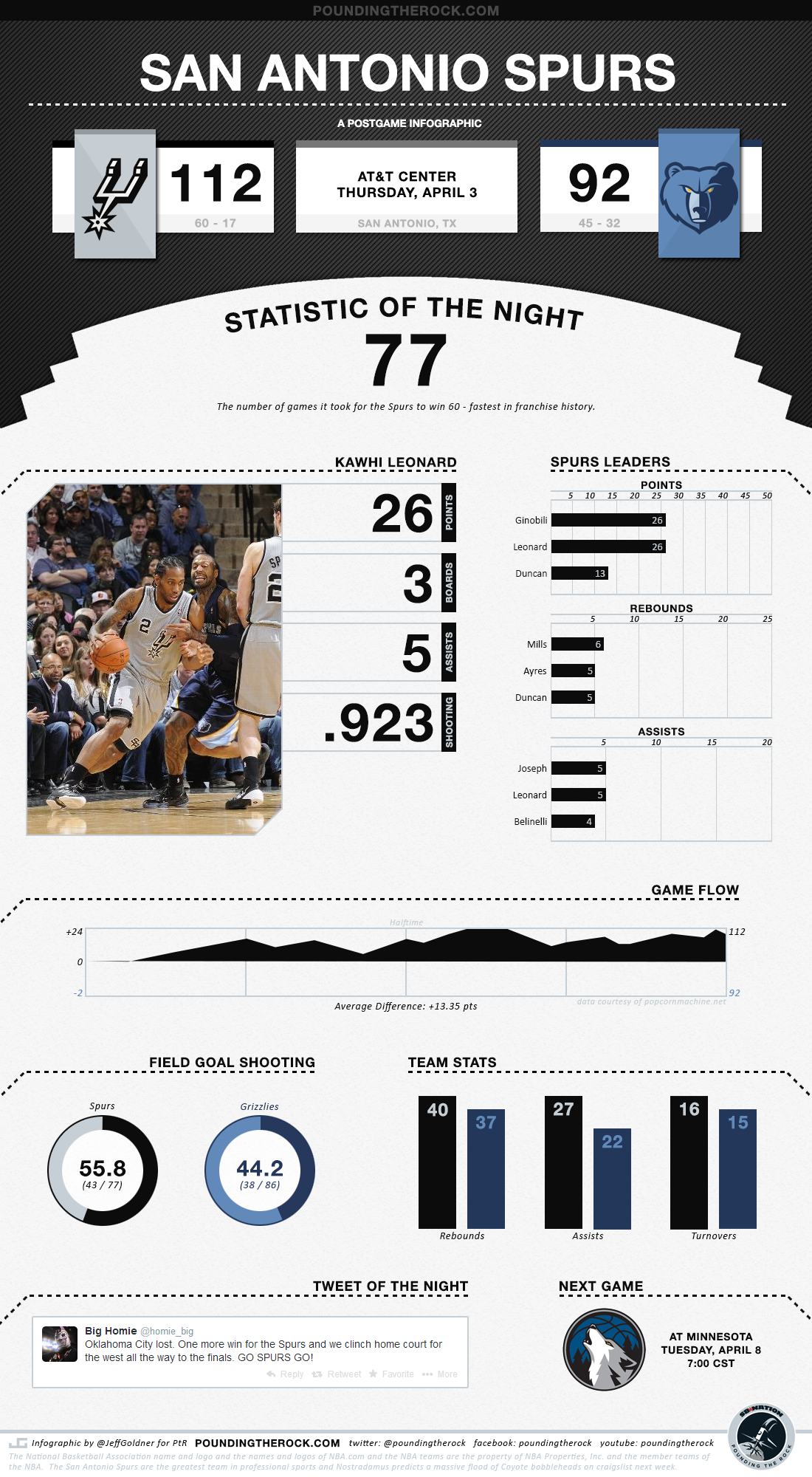 Manu Ginobili on his playing time against Memphis: "The truth is I haven't played 20 minutes in a while. So I needed to get a better run in one of these days. I'm glad [Popovich] played me a little more."

When asked if he knew he missed only one shot in the game, Kawhi Leonard said, "I just knocked down shots tonight." He ended that sentence with a giggle(!).

When Danny Green was asked to talk about Kawhi's night, he simply said, "It was alright."

The Spurs and Suns are really helping each other out. With the Spurs win over the Grizzlies to go with their win over the Thunder, the Suns grabbed onto the 8th spot in the west. Phoenix's win gave San Antonio a chance for home court advantage throughout the playoffs with just 2 more winds.

Next up is the make up Mexico City game against Minnesota who, after beating Miami in an OT thriller, just dropped one against Orlando.