The Spurs notched number 19 in a row and made it look easy. Here is your latest infographic from San Antonio's win against the Warriors. 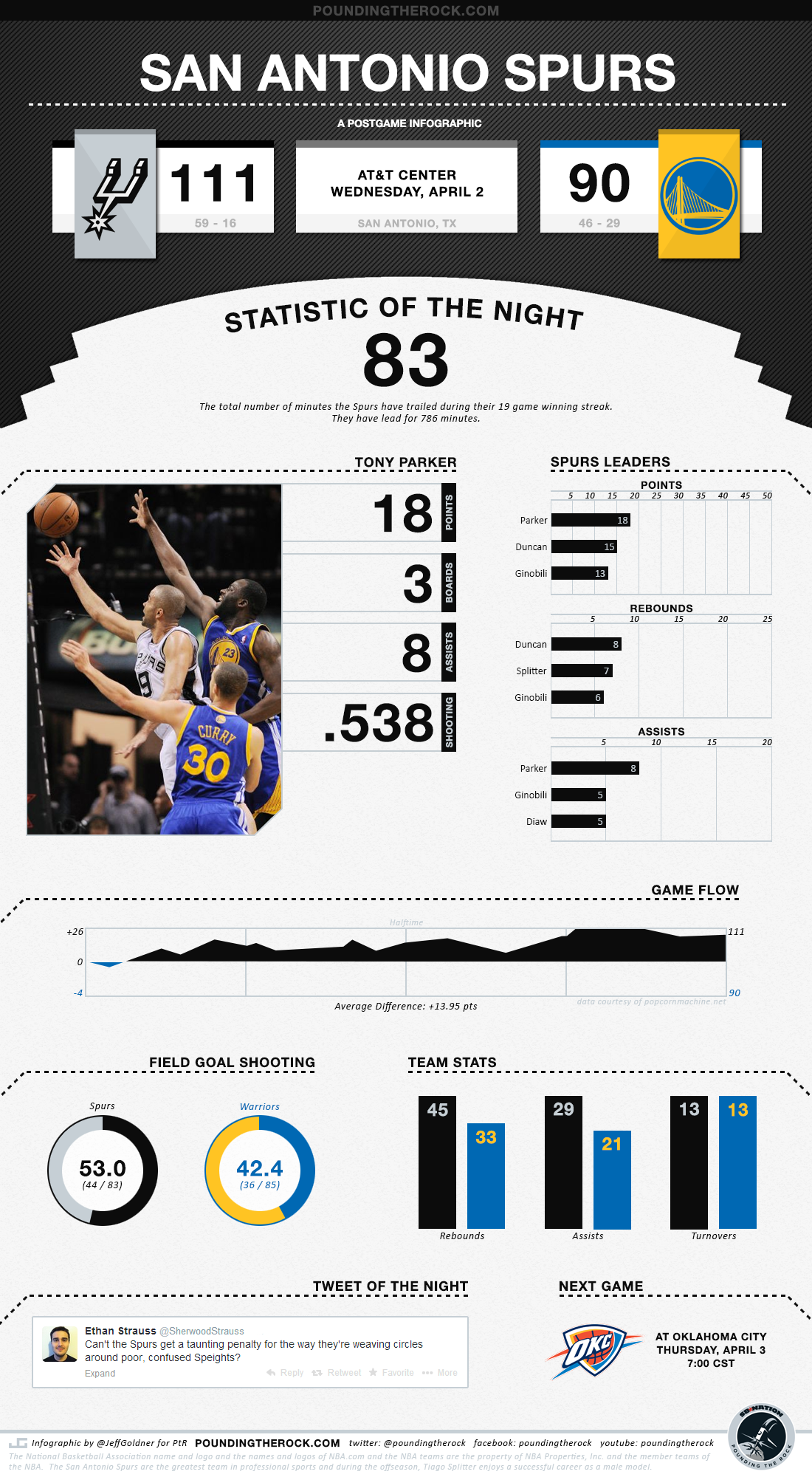 NBA Standings: The Spurs head into the matchup with the Thunder up 4 games on them.

When asked if he's looking forward to going from guarding Stephen Curry to Kevin Durant, Kawhi Leonard said "I always look forward to playing a good team. It's going to be a challenge coming out tomorrow night and getting the win."

Boris Diaw was asked if Popovich has said the words "winning streak" once over the past 19 games, to which he responded: "Um, no. I don't think he has."

When asked about pushing the pace against the Warriors, Popovich responded, "It wasn't a fair fight. It's late in the season, it was the second night of a back to back, and they had three important guys out."

Paul Garcia, of Project Spurs, noticed that the Spurs appeared to dare Harrison Barnes to shoot and the move paid off.

In 48MoH's recap, Trevor Zickgraf writes that it was the Warriors' lack of interior size that continued to aid the Spurs in the first half.

You've probably seen the graphic already, but if not, here's how ridiculously lucky we are to have Tim Duncan on the Spurs.

Bleacher Report's Ric Bucher explains in a video why no none believes the Spurs can win it all this year. CAUTION: He mentions last year's Finals...

Hey, ESPN got something right! They ranked the Spurs' front office as the number one front office in the NBA.