The Spurs didn't care much and the Lakers are Lottery bound. Bottom line: No one got hurt. 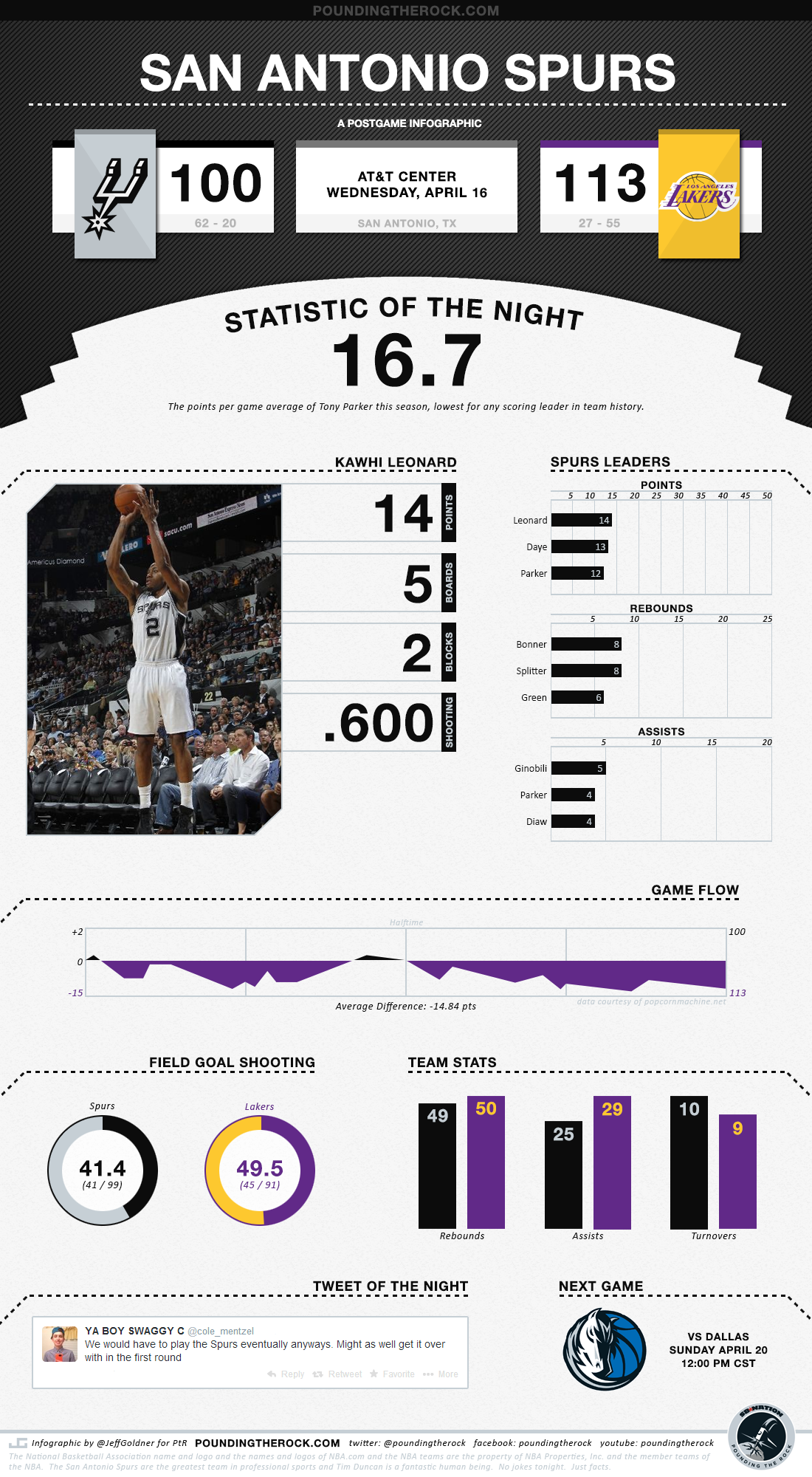 SBNation has posted a series of previews on each playoff team, here's the great one they did on the Spurs, covering what their basement and ceiling are, how they remind Dane Carbaugh of the retro shoe craze, how Patty Mills is the team's X-Factor and more.

Standings – The season is complete and now it is time for the second season.  As we all know by now…we get another series against the Mavericks.

48MOH has the final, regular season Grade Book posted.  How did the Spurs manage nothing but A’s in a loss?  No one got hurt.  Tiago received an INC, but maybe it goes to Sean Elliott for calling the game.

Off that same article - Pop (without being asked a question):"We had a good regular season and now the postseason starts. The first game is at noon on Sunday and we’ll see who it is. The two teams are playing right now, so I am going to go watch them. You guys take care."

Two perspectives:  "At this point we're just happy we got our win," Lakers center Robert Sacre said. "I'm going to miss a lot of guys, whoever comes back or if I'm not here, who knows."

Kawhi Leonard had 14 points to lead San Antonio, which will make its 17th straight postseason appearance after clinching the West's top seed for the third time in four years.

Up Next – For old time’s sake, the Spurs play host to the Mavericks.  See you Sunday.

Bonus Notes – Where are they now?  Tracy McGrady made his pitching debut for the Sugar Land Skeeters.