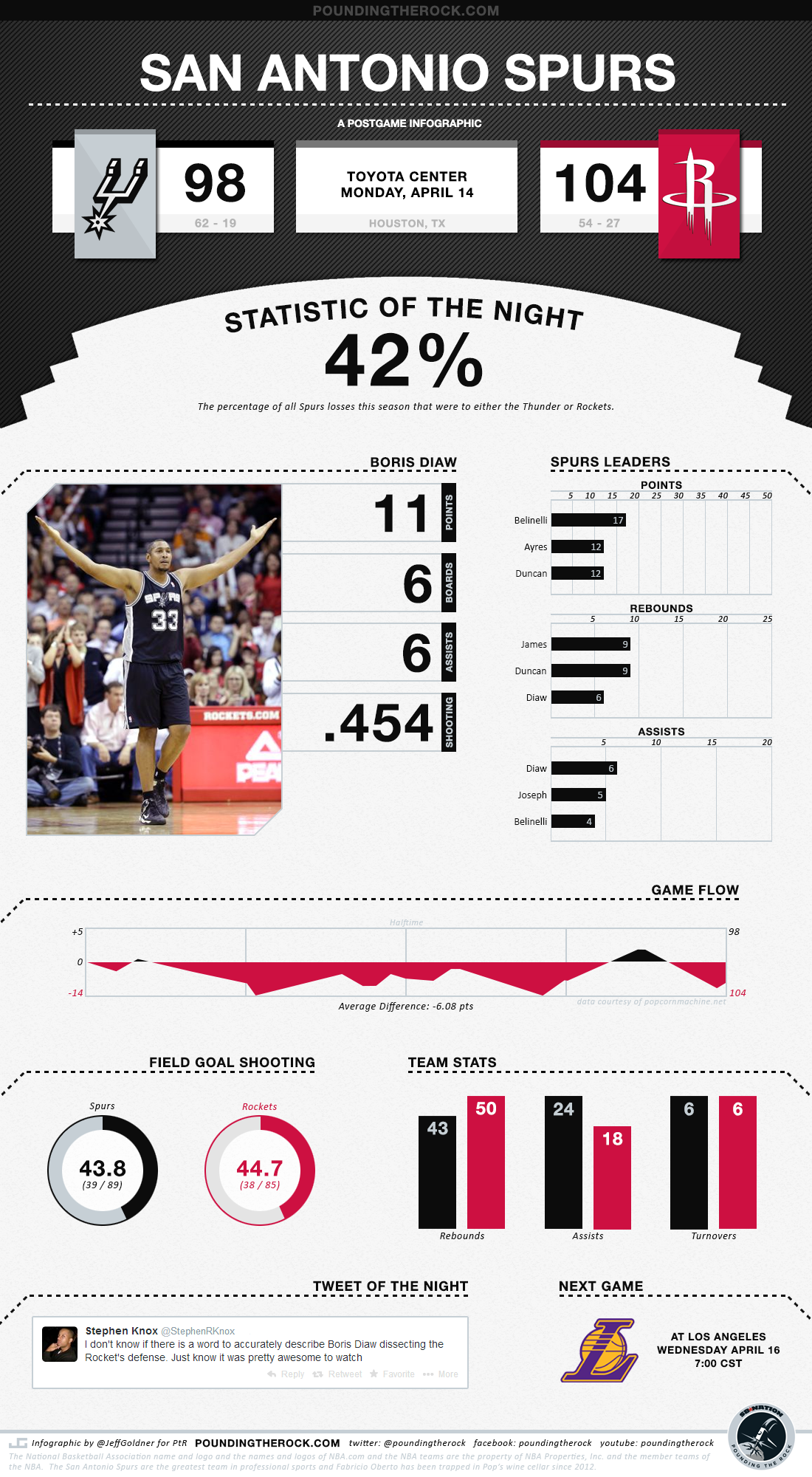 Jeff McCarney begins his recap asking a question that really was the question of the evening: "Just how much did the Spurs care about Monday night's game in Houston?"

The Houston Chronicle's recap of the game took a look at the Rockets' past goals that were set earlier in the season, and how they came into play against the Spurs.

Over at The Dream Shake, Xiane's recap finished off with the sentence "It's truly amazing that San Antonio actually has a player more annoying than Belinelli," talking about Boris Diaw (I think...). Huh!?! I don't even... Why?!

Andrew McNeil handed out 48MoH's grades last night, and made a prediction on how the Spurs could use Kawhi against the Rockets if they face them in the playoffs.

CBS's Ken Berger did an excellent piece on Popovich and how he has changed his scheming approach, but hasn't changed the organization's family atmosphere. Really great piece.

Have you ever been sitting at your desk at work, bored, wishing you were at a Spurs game? Well now you can imagine yourself at one (kind of) with the Spurs In-Game Music Spotify playlist! The only thing missing is the Coyote constantly tripping over things and then dizzily getting up with his eyes going vertically up his head.

Next, and last, up for the Spurs are the Los Angeles Lakers, who probably can't wait to get this season over so they can forget about it.