Kawhi Leonard's emergence means the Spurs have a Big Four

Kawhi Leonard is the just as indispensable as the Big Three for the success of the Spurs, and there is a good reason for this claim.

Share All sharing options for: Kawhi Leonard's emergence means the Spurs have a Big Four

The playoffs are only six days away, and it is time to take a look at the incredible impact of Kawhi Leonard.

Kawhi emerged as a future superstar last season during the NBA Finals. During the 2012-2013 regular season, Leonard was depended on in a reduced basis. His role was to play good defense and hit threes. He earned a bigger role during the course of the season, and he made a real name for himself during that series. Kawhi averaged 11.1 rebounds and 14.6 points per game in those Finals where he played such a crucial role.

Entering this season, Leonard garnered unrealistic expectations. He was expected to start taking the reins to the franchise sooner rather than later. It was supposed to be the year we saw Kawhi start to take over this team on both ends of the floor. The reality is that he is only 22 years old, and those thoughts were ambitious.

Kawhi started the season struggling to adapt to a new spotlight. The first three months of the season, Leonard had a peak +/- of 2.8 which occurred in the month of November. After a hand injury and time to get more comfortable with expectations, Kawhi has broken through as an elite player once again.

The way he has been playing ever since the injury has been fantastic. He has proved that he will one day take over the franchise, and he is the most important player for success during the playoffs.

When Kawhi Leonard is out of the lineup, it is undeniable that this team is different. In the games that Kawhi missed with the hand injury, the Spurs gathered seven of their 18 losses (38%). While he's not the only reason, when he returned from that injury, the Spurs reeled off 19 straight wins. A lot of things went right at that point, but it's undeniable that he makes an impact on the play of this team.

This is even truer since coming back from injury. 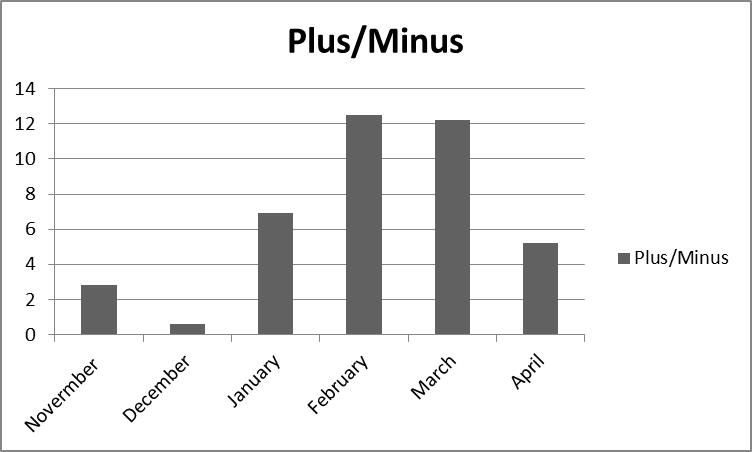 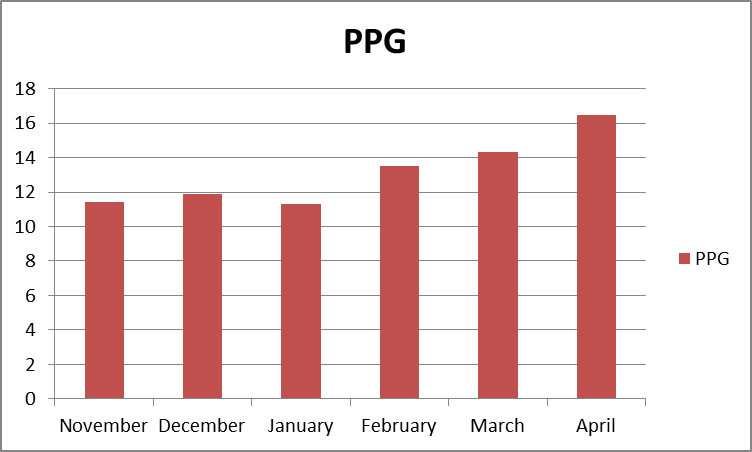 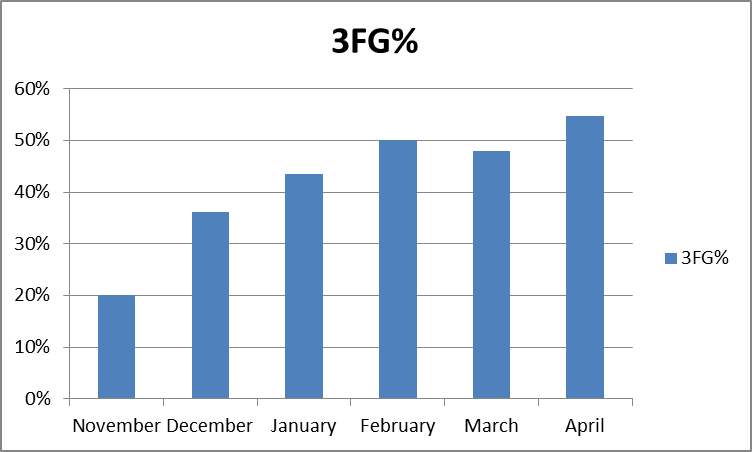 He has improved in nearly every category since returning to action, and it has pushed this Spurs team to a top seed in the Western Conference.

Besides just the numbers, Kawhi helps other important aspects at the game that cannot be measured. The first is his ability to shut down the opponent's best offensive player. Standing at 6'7", there really isn't a player that Kawhi cannot guard. He does a fantastic job on LeBron James and Kevin Durant compared to other players.

The other aspect is the way he can space the floor. He shoots the three ball exceptionally well which makes him very important, but his offensive game has developed to the point where he is making shots all over the floor. This is a great example of his diverse offensive ability.

He is also fantastic in pushing the Spurs' transition game. Not only does he start the break often with his ability to steal the ball, but he is also great at finishing at the rim. This play was just ridiculous.

Kawhi is quickly turning the Spurs a team headlined by a Big Four instead of a Big Three. Tony Parker brings the ability to finish at the rim, get an open jumper at will, and initiate this offense. Tim Duncan is the presence in the middle as well as unquestioned leader with and an offensive skill set beyond reproach. Manu contributes the spark that the team needs off the bench as well as the creative play-making the 2nd unit relies on. To all of the above, Kawhi adds something that the other three cannot: boundless energy, the ability to play huge minutes and let's not forget the lockdown defense. Together these four create a team that just clenched the league's best record and home court advantage throughout the playoffs.

Kawhi brings such a diverse skill set that it is hard to imagine a player who could replace him. He adds value to this Spurs' roster that would make a run to the NBA Finals seem impossible without his contributions. It will be exciting to watch him continue to develop through the rest of this year and over the course of his career.