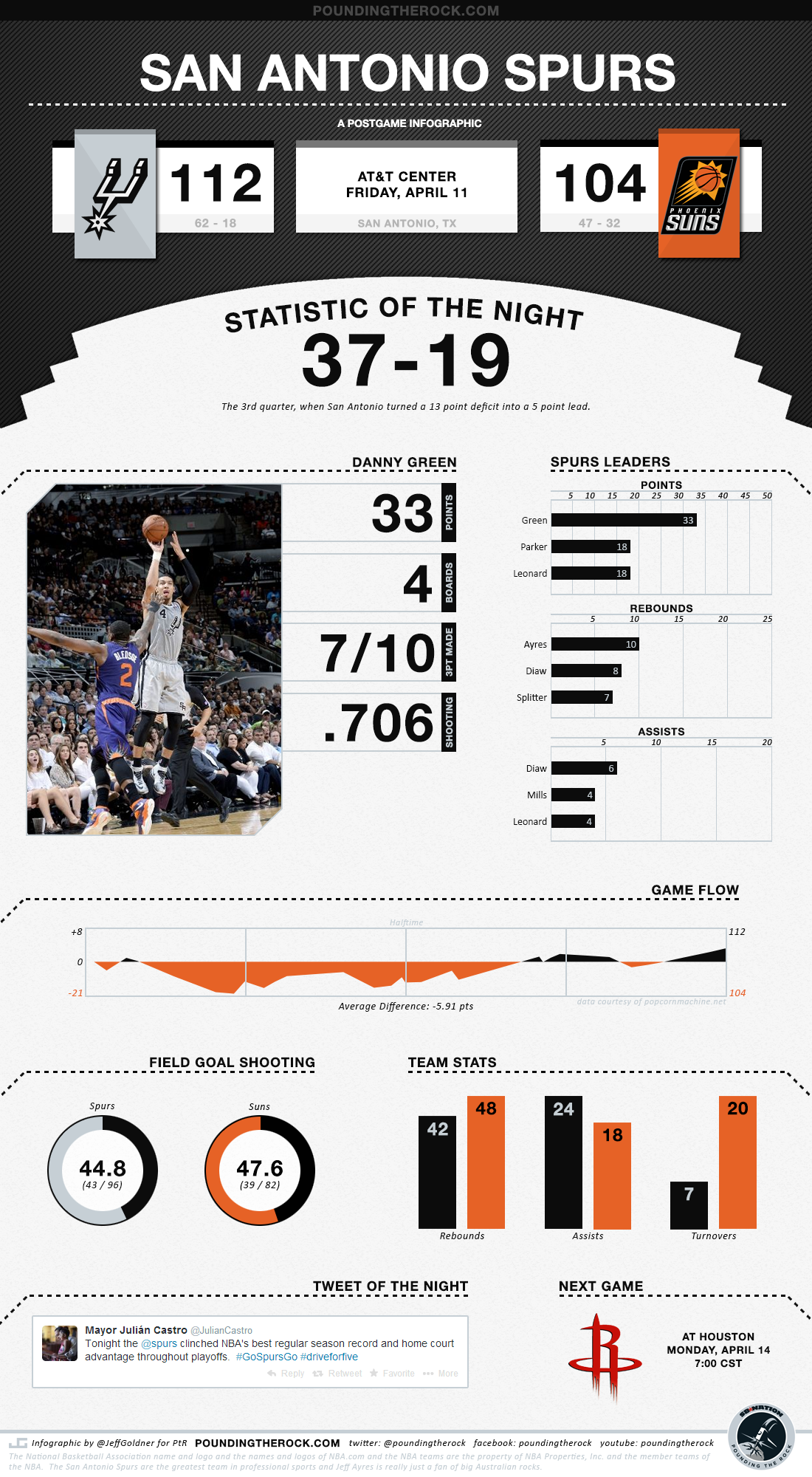 Standings – What is left to be said? Spurs wrap up the home court advantage, and now we play the waiting game for that 8th Seed. For the moment, the Mavs have punched their ticket to the big show.

We're proud to announce a deal that we have secured for all you readers. Great ticket prices, a meet-up, and a great time to be had by all.

For those that have not read this article over on CBS Sports by Zack Harper, it’s a must read.

48MOH has the Grade Book posted and the Spurs came out with some last minute A’s, after doing some Bonus work in the second half.

Gerald Green - "You can tell how the locker room is — a lot of quiet people, a lot of people pissed off," Green said. "We could use it as motivation to get the win in Dallas. Even if we won this one, Dallas was going to be a big one." [Motivation was not enough.]

Game Notes – Spurs were obviously trying to impress the new commissioner, as he was in town watching the game.

Matthew Tynan, of 48MOH, is of the opinion that the Grizz and Mavs pose no real threat to the Spurs. He also credited defensive adjustments as key to winning the game.

Up Next – Spurs take a short trip to the Houston area. Bring on the Rockets.

Bonus Notes – According to Marc Stein, early Coach of the Year favorite? Coach Pop. Defensive Player of the Year? Duncan mentioned, but no Kawhi Leonard…really? Sixth Man? Manu in the 3rd position.

Playoff Seeding Rules: Interesting question posed below, and I think this will help us figure it out.