The Spurs ran the Heat out of the gym on Thursday night with an impressive 111-87 win despite an incredible 61 points from LeBron James three games ago.

Share All sharing options for: Rehash: Rumors of Spurs demise were exaggerated

It's one of my favorite words. It's up there with attache and copious. Maybe even myriad and segue. All words that, for whatever reason, catch my attention whenever I see or hear them. 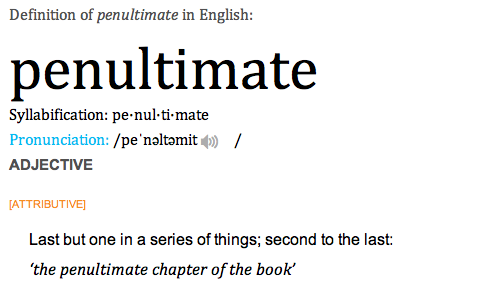 I've been trying to think of a way to help Spurs fans recover from their obsession with the way things turned out last June and become regular attendees in the congregation of The Church of What's Happening Now. One way to go about this is to pivot from "Game 6 was our last, best hope," to thinking of the events of last summer merely as the penultimate act in this glorious, decade and a half Spurnasty.

Tim is still the best two-way big man in the world.

Precision. Teamwork. Excellence. These are traits that permeate the Spurs organization, personified by the team's treatment of a paper cup.

Of course in order to make this pivot the Spurs would need to dazzle their fans when the Heat came to town.

Boy, did they ever deliver.

The first quarter against the Heat was a swirling, breathtaking display of hot potato passing and pinpoint precision as the Spurs darted to a 37-22 lead on 79% shooting. 15 field goals from 11 assists. Tony Parker, scored ten points in ten minutes. The AT&T Center was electric and incredibly loud as 18,000 fans shouted down their demons and worst fears. It was a primal feeling and cathartic for most. San Antonio needed a start and a game like this. I'm sure it was a nice feeling for the Spurs, but the people of San Antonio needed this.

The Heat fought back in the 2nd quarter, and really started to make fans worry in the 3rd when they closed the gap to five. But then Patty Mills made a deep three to extend the lead to eight as the quarter ended, and the Spurs never looked back. The penultimate quarter ended and the Spurs ran away in crushing fashion in the fourth in part due to their budding superstar and young face of the franchise.

Kawhi Leonard didn't have the best offensive night but he continually frustrated LeBron James, holding him to 19 points on 6-18 shooting. He forced five turnovers from LeBron and dominated down the stretch.

Kawhi stepped into his own tonight. He didn't have the most points, or rebounds, or assists, but he put the team on his broad shoulders in the fourth and completely outplayed the man that's preparing to have his face chiseled on the Mount Rushmore of basketball.

I know that Kawhi owned LeBron tonight. I was a witness.

"We're trickin' the hell out of them"

Pop on starting Diaw over Splitter

Sure, an argument can be made for Tim Duncan who had another HOF performance, but Kawhi.

In what continues to be a completely meaningless observation, Tim Duncan couldn't hit the broad side of a barn with his shot during pre-game. He missed virtually every shot. Then he went out and scored 23 points on 69% shooting.

During Erik Spoelstra's pre-game press conference I was standing next to the visitor's locker room door. It opened. Chris Anderson appeared and stood in front of me before retreating. Free advice for the Birdman: the beard just makes you look like you're trying way too hard now. What's next? Where is this whole thing going?

There were a ton of Heat "fans" at the game, but most surprising were the 2 Aron Baynes jerseys I saw. Well played Baynes fans.

With about four minutes left in the 2nd quarter, LeBron James punched Manu Ginobili in the junk and got 2 free throws as reward. No such thing as home cookin' I guess.

About an hour before the game I saw Craig Sager court side without his jacket on and it was disgusting.

I wonder if Danny Green and Mario Chalmers text each other encouraging messages when they get yelled at.

This is no joke: as soon as the final buzzer sounded I saw a fan make it rain court side behind the basket. He threw a wad of cash in the air and people scrambled for it. I hope someone has video.

LeBron said #Spurs played him the exact same way they did in the Finals. Said his jumper was just off tonight & sleeved jersey's didn't help

Is that how it works? RT @MagicJohnson: The only way San Antonio or Miami don't win the championship is if neither team makes the finals.

Tim Duncan and PATTY MILLS were the only players in the game with double-digit rebounds. You know, just like we all anticipated.

True Detective fans: What did you think of the season's penultimate episode? http://t.co/R4x2h2dWGS

OK, one last thing. ESPN - "LeBron misses the layup! What is up with that?" Prob tight defense in the vid you just played. just a guess

Here's To (raise your glass)

Here's to hoping Manu Ginobili and Marco Belinelli retire to Sicily or Switzerland together to raise their families and play summer league ball. I imagine both, bald and beer bellied, firing 60 foot bounce passes to one another and winning the championship every summer well into their 70's.

Here's to Spurs fans who are all sleeping a little better tonight. There are things to worry about tomorrow, but tonight feels good.

Here's to Austin Daye. He made 2 three's tonight after Pop said in the pre-game presser regarding him getting significant playing time "That's not what he's here for."

And here's to the Heat fan that was getting heckled on his way out. He boldly proclaimed "We'll be back for the Finals."

He might be right. If the Heat can somehow survive their much anticipated (and expected) penultimate match-up with the Pacers, the Spurs might be right here waiting for them.

Waiting and fully prepared for the last in a series.