The Spurs tied a franchise record for most consecutive wins as they beat a Davis-less Pelicans squad. Here is the latest infographic and game links from Saturday night's win against New Orleans. 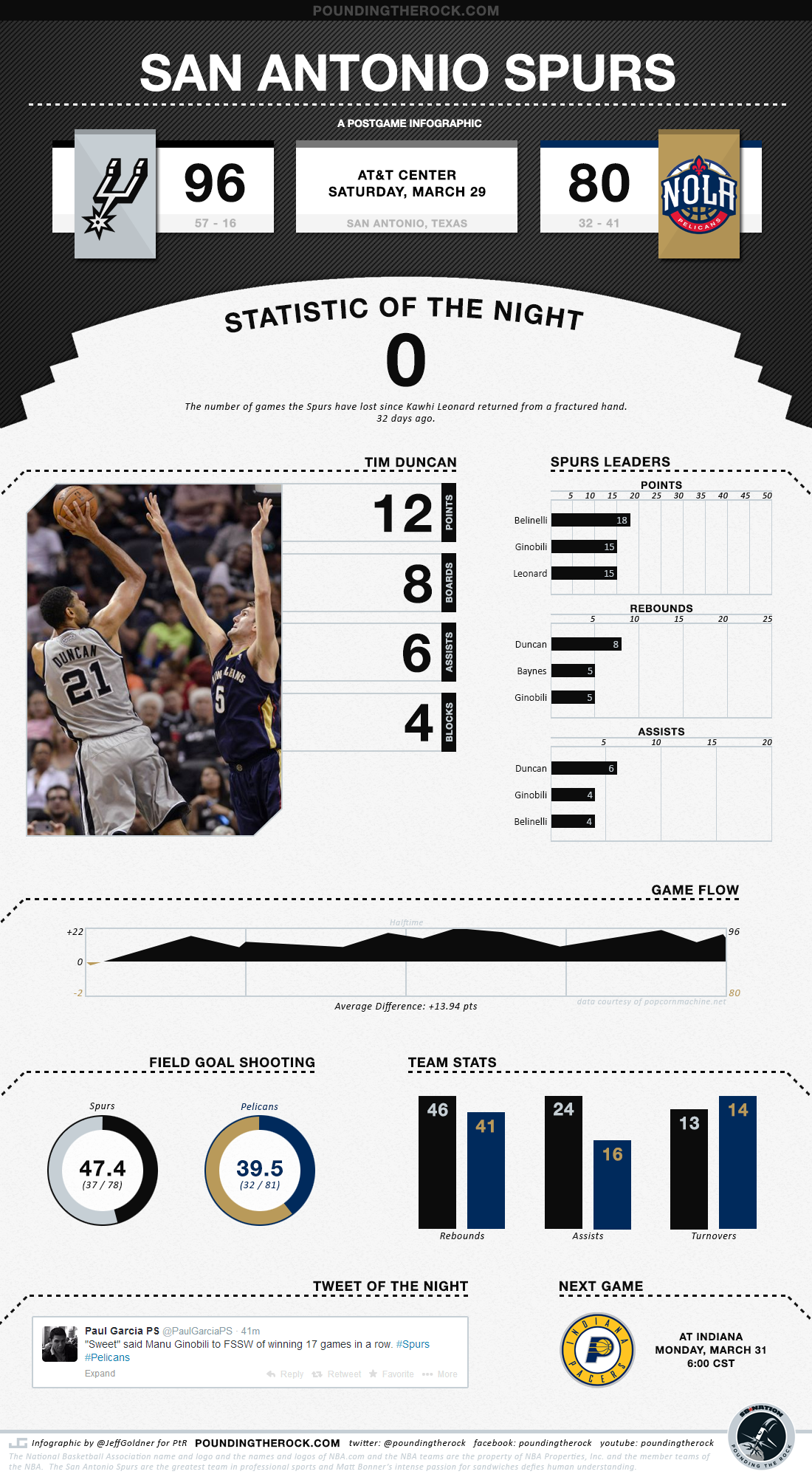 NBA Standings: Because the Thunder didn't play last night, the Spurs were able to increase their lead in the Western Conference to 3.5 games.

In his recap, Project Spurs' Aaron Preine gives a look into how certain players on the team go through their individual practices.

SAEN's Jabari Young catches up with Sean Elliot to do a post-game look after the Pelicans game. Topics include whether or not the Spurs can beat their own win-streak record against the Pacers.

In the official recap on NBA.com, they note that Marco Belinelli's first 3-pointer with 6 minutes left to play in the first quarter gave the Spurs a 16-4 lead and from that point forward, San Antonio would never trail by less than 10.

48MoH Report Card Grades: Is something wrong with Tony Parker?

In a recent interview, Sacramento Kings' majority owner Vivek Ranadive said "We want to be like the [San Antonio] Spurs, but exciting."

On Monday, the Spurs go for the franchise record of most consecutive wins against the Indiana Pacers, who, though struggling at the moment, are an elite teams at the top of the Eastern Conference.