I feel like I'm having deja vu. Here is the latest infographic and game links from the Spurs win against the Denver Nuggets. 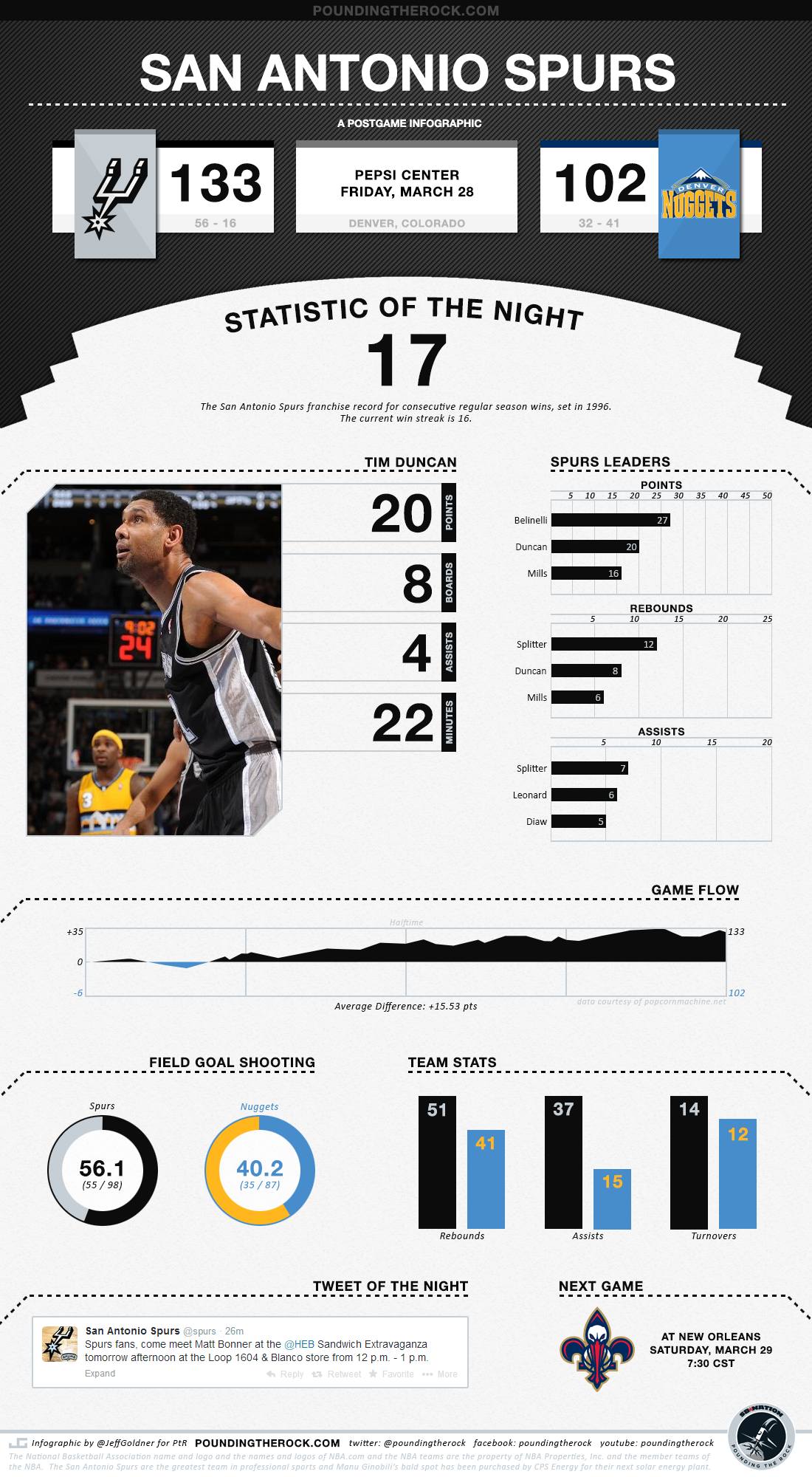 NBA Standings: With only 10 games left in the season, the Spurs hold onto the 3 game lead over OKC.

In summing up the game, Dan McCarney wrote that any chance of a repeat of Wednesday's erased lead was gone early at the Pepsi Center.

Mike Olson of Denver Stiffs writes that despite Marco Belinelli shooting like crazy, the Nuggets seemed surprised every time he got the ball.

48MoH Report Card Grades: In high school, did you ever experience a time where everybody in the class aced a test except, somehow, the smartest kid in the class? Well, last night, that kid was Tony Parker.

SportCenter decided to give the Spurs a little airtime and looked ahead to their next 7 games calculating the probability of a San Antonio win for each.

When asked about his all-time starting five, Joakim Noah made some questionable decisions by leaving off Duncan but including Corey Brewer. I don't know which is more ridiculous. Both, probably.

ICYMI, our very own Coyote gave everyone an image that will surely be in our nightmares in by inverting, and then completely dislodging his eyes from his head after getting knocked down in the first Nuggets game.

Zach Lowe made a couple of tweets about the Spurs on Saturday morning.

@johnschuhmann @EthanJSkolnick Pop has reached Jordan/MVP status for me in COY. Anyone else winning it seems like a voter fatigue mistake.

Next up for San Antonio is the Pelicans, who beat just beat the Jazz but lost Anthony Davis for the game in the process.