The Nuggets fought back in the second half, but the Spurs held on for their 15th straight. Here is the infographic for the front end of the Spurs and Nuggets' home-and-home, and links from the game. 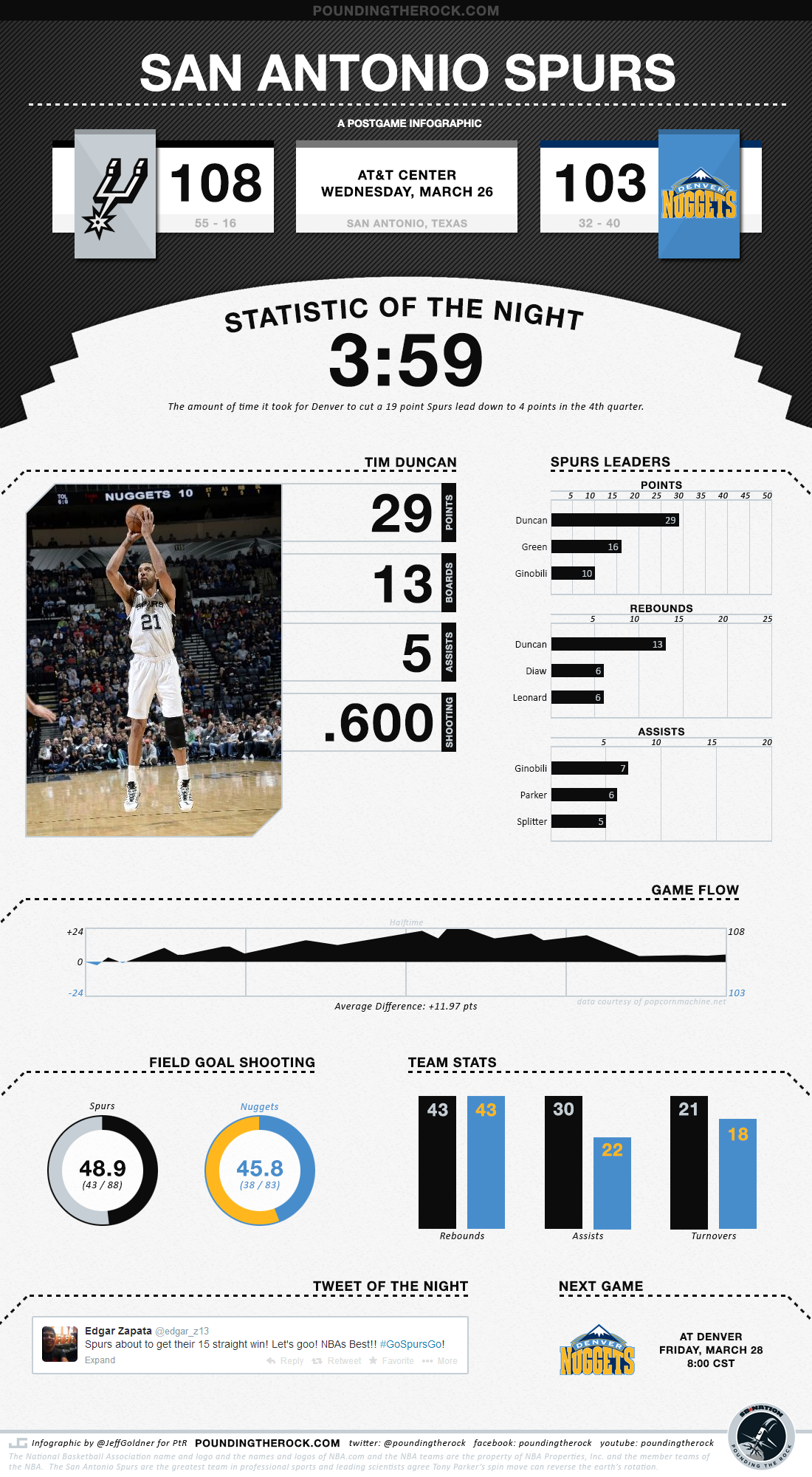 NBA Standings: With the win against the Nuggets last night and the Thunder's loss to the Mavs on Tuesday, the Spurs are now three games ahead of OKC in the Western Conference.

In response to there being a difference between the first and second halves, Manu Ginobili said "They started to push the pace and we stopped. We stopped to look at them."

Tony Parker talking about the game getting close at the end: "It happens sometimes. We aren't going to beat everybody by 20."

Denver Stiffs recap: "...this one is about as close to a moral victory as you can get."

48MoH's Report Card Grades: After getting an "A+" in the Sixers game, Austin Daye had a slight fall from grace, scoring an "Incomplete" against the Nuggets.

Michael Rehome of Project Spurs put out a piece on how, dispite his ability to knock down shots from deep, Danny Green is more than just a three-point threat.

Metta World Peace is apparently a huge Spurs fan, and decided to take to twitter to tweet his feelings about the Silver and Black. As predicted, even when complimenting the Spurs, Metta proves he's a weird dude.

Next up for the Spurs are... the Nuggets again! This one will be in Denver on Friday night.