To no one's surprise, the Spurs continued their hot streak vs a struggling Sixers team. Plus, Jeff Goldner brings us some more Infographics.

Share All sharing options for: Infographic: Sixers at Spurs 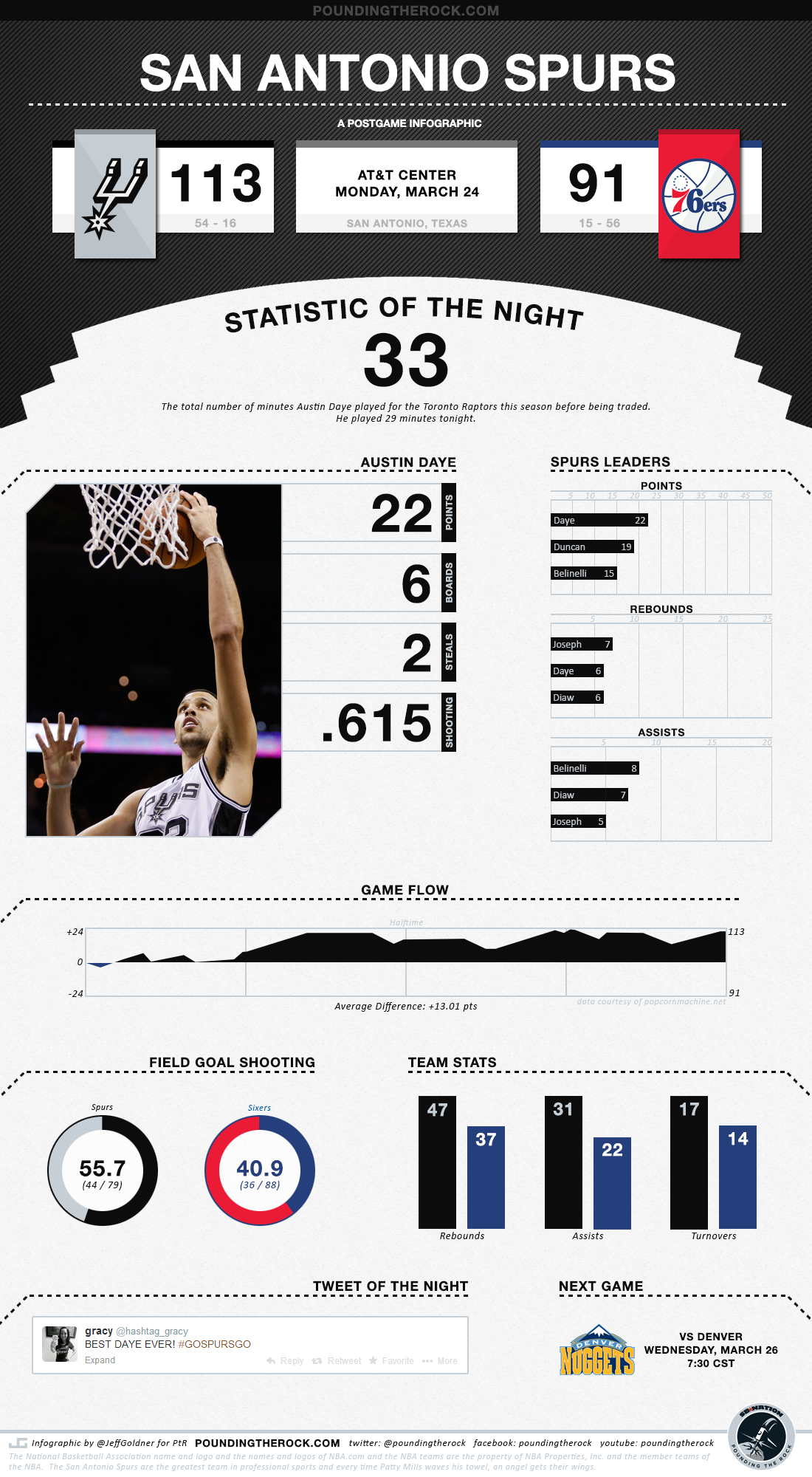 Liberty Ballers Recap – "The Sixers are light years away from matching the Spurs' level of consistent success."

Paul Garcia, of Project Spurs, aptly stated that "The machine rolls on".

They might be on a losing streak, but Coach Brown was still looking to give his Sixers some tough love: "Play your hardest tonight. Give us your best shot. It's the only way our guys will learn."

Trevor Zickgraf, of 48MOH, went down the grade book and gave Austin Daye an "A+".  Plus, a good reminder:  Spurs hold his option for next season.

NBA Notebook - Brett Brown, the former Spurs assistant. "You can still play," Brown told Bowen, smiling. "You can start. You're on Manu [Ginobili].

Coach Gregg Popovich - "He's a skilled guy," Popovich said. "Obviously he can shoot it. But he's also a good passer. He knows how to play the game. It was good to be able to get him some time tonight."

Tim Duncan - "He got an opportunity," Duncan said. "He really stepped up and shot the ball really well. The boy is really long. He made some great plays defensively [and] rebounded the ball. He did a lot of good things out there."

[Commenting on San Antonio-He had plenty of more nice things to say.]

Coach Brett Brown - "A significant part of my basketball life was spent here with so many incredible memories," Brown said. "You know, elite memories, and to come back here . . . on this court - this city is special."

The Spurs are spooky good, but now they are getting more than just media attention.

Next Up:  Denver Nuggets.