The streak is now at 13! Here are your game links, as well as a first for us: the debut of Jeff Goldner's infographic of Saturday's win over the Golden State Warriors.

Here's a new offering from Pounding the Rock, a gorgeous infographic from Jeff Goldner. Just click on it for a larger version. The game links are below. 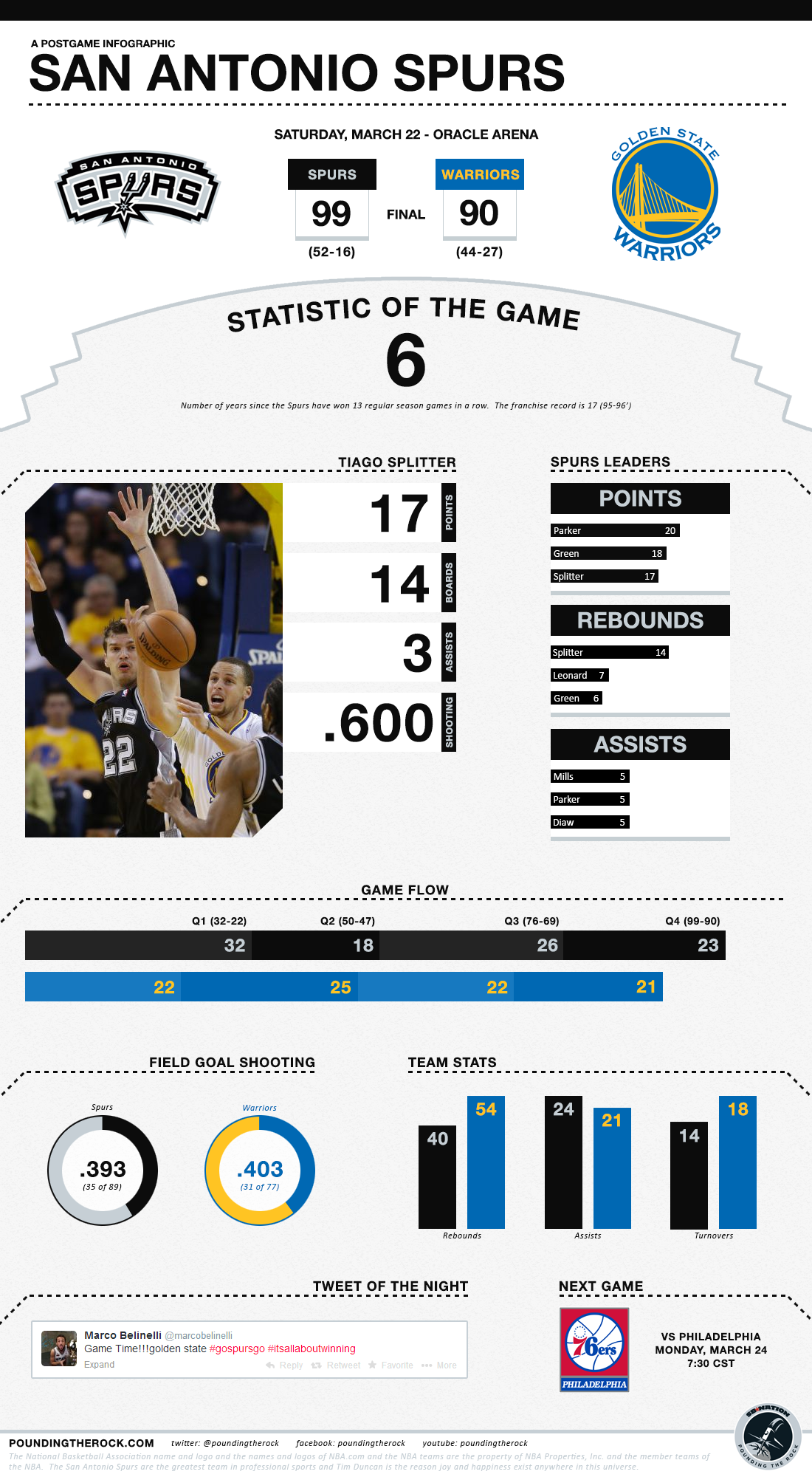 Standings: The Spurs move to 2 games ahead of the Thunder and become the first team in the West to clinch a playoff spot.

Player Tracking: Three Spurs (Tony Parker, Patty Mills, Boris Diaw) had at least five assists in the game while Stephen Curry was the only Warrior to do so.

While Leonard, Diaw, and Mills combined for 8-of-37 from the floor, Project Spurs' Paul Garcia notes that five players still scored in double figures.

In his recap, Nate Parnham of Golden State of Mind writes that, for the Warriors, there's no shame in losing to the Spurs this time of year.

Warriors' Report Card Grades: Warriors World handed out their grades from the game, and to go with many Golden State fans' sentiment throughout this season, Harrison Barnes straight up got an F.

Relive the game through tweets in 48MoH's "What's the Story?"

Warriors coach Mark Jackson on the Spurs: "Hopefully we see them down the road again, but there's a reason why they're the best team in basketball."

Earlier in the week, two Argentinians were on their way to Alaska in a 1964 Fiat 600 and decided to stop by San Antonio for the off-chance of meeting their idol, Manu Ginobili. You can watch the video of it here.

Next up for the Spurs are the 76ers on Monday, who have a pretty impressive streak of their own going. Let's hope both teams continue their usual ways.