Game 2 of the Rodeo Road Trip took the Spurs through the nation's capitol to take on the Wizards. Once again, San Antonio was down by a large margin in the 2nd half. Once again, they came back to win ... only it took a couple of overtime periods this time. Here are the best plays that probably won't make a highlight reel near you.

Share All sharing options for: GIF Breakdown: Spurs at Wizards 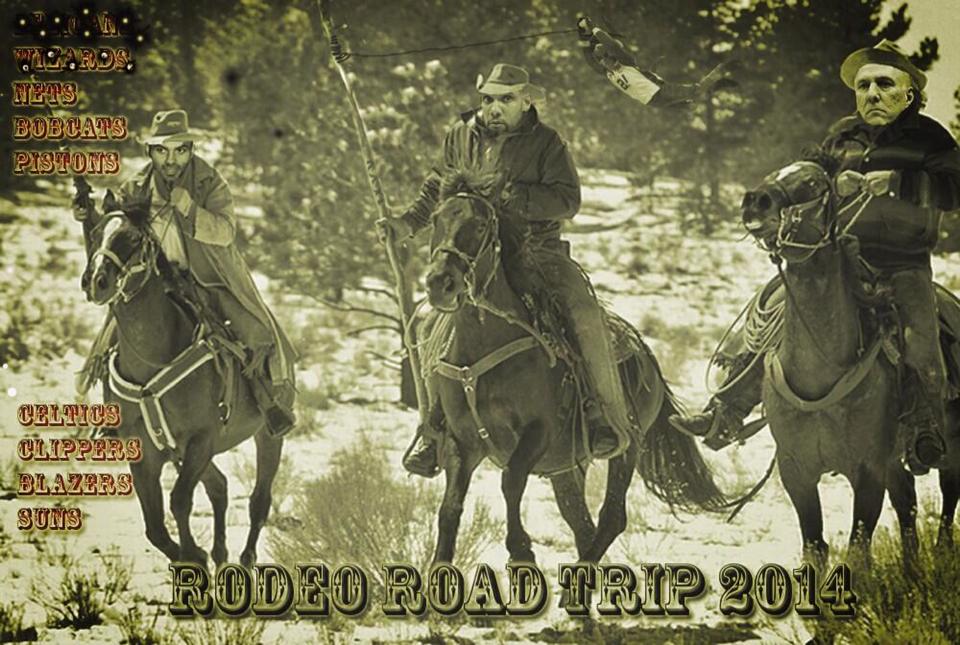 Get great discounts for the game, plus your very own Kawhi bobblehead. You can even stay late and shoot a free throw on the court after the game's over.

When I first joined the staff of Pounding the Rock, back when Wayne Vore was running things, we used to wonder why Tim Duncan would never hand the ball off after receiving a pass on the block and waiting for the wing to clear through the baseline. He'd always fake the handoff and then go to work in the post.

Flash forward five years and Duncan is still awesome, but he's not quite the 1-on-1 threat he once was and the hand-off happens regularly enough that in the below GIF, Marcin Gortat completely leaves Tim to prevent Cory Joseph from having a open drive to the rim, which gives Father TIMe all the space he needs to take a single dribble and overpower Gortat at the rim.

Nando De Colo has been playing quite well, now that he's getting some semi-regular playing time. Here he takes a hand-off from Tiago Splitter, drives from the wing and muscles his way baseline as Kevin Seraphin picks him up. In fact, Nando overdrives to position his defender under the basket, and then he gets an ultra-quick shot off right in Seraphin's face before he can react to it. And as if that wasn't impressive enough, he does it with his off-hand.

In a first for the GIF Breakdown, I'm taking on a play by the opposition -- because it's pretty, it's so pretty. John Wall has the ball and looks to be setting up a pick and roll with Trevor Ariza, but Ariza slips the screen, before Wall can even dribble Cory Joesph into the pick because Wall isn't the playmaker on this play. Wall gets the ball to Nene who immediately makes a gorgeous pass to the cutting Ariza before Splitter can make it to the basket to even contest. This is a beautiful bit of action that's reminiscent of something straight out of the Spurs playbook. And it was just too lovely to leave out.

This play tied the game, and it almost went horribly awry for the Spurs because of some great defense from Nene. Patty Mills comes around a Duncan screen at the three-point line, and he has a full head of steam as he tries to get by the only man between him and an open lane to the basket. But Nene perfectly times a steal attempt, and gets his hand right on the ball. Mills absorbs a significant amount of contact, but is able to roll his body, move with Nene toward the ball, gain possession and make a pass to Duncan -- all while falling down. Once Duncan has the ball at the free throw line, it's a simple floater-ish push shot over Gortat and the game is knotted up at 99.

Anyone who's watched the Spurs for any length of time will recognize this move from Tim Duncan, but what's exceptional about it is just ... how ... far from the basket he is when he initiates this move. Seriously. Often times, when he goes to this, he has at least one foot in the paint. But he's a good six to eight feet further away from the basket on this play, and Gortat is right there with him, but it just doesn't matter. The shot is pure and you can tell Gortat just can't believe that all the work he did to deny Duncan good post position was all for naught.

Here Patty Mills enters the ball to Boris, who makes a move to go baseline but Nene keeps Bobo in front of him which forces Diaw to hold up, and make a crazy pass to Danny Green. Watch his fully extended arm as he whips a sidearm pass to the corner where Danny Green has just arrived. That is completely ridiculous - the timing, the precision, the swish.

Boris uses an unusual but effective passing technique (sometimes referred to as an air-ball) to get Tim the ball in great position. Tim receives the pass/grabs the rebound and is doubled almost immediately. He takes a single dribble and quickly does a little 270° spin right into his patented hook shot. Marcin Gortat, who compared the Spurs to Mozart the last time these two teams played, does a great job of staying with Tim. But Duncan had everything working for him on Wednesday night and the ball catches the front of the rim before softly dropping through the net. I totally understand Gortat's reaction. He didn't give Duncan an inch, but the shot still dropped and that has to be a little dejecting. GIF bonus content--Patty with The Slapper.