Who's on San Antonio's Mt. Rushmore?

Share All sharing options for: Who's on San Antonio's Mt. Rushmore?

Monuments from Around the League

Monuments from Around the League

Earlier this week, there was a good deal of talk around the league surrounding who should be on the NBA's Mt. Rushmore -- as if players from different eras could be compared to each other and quantified in a way that would allow the top four choices to be readily agreed upon by a majority of basketball enthusiasts.

But when it comes to the Spurs, being faced with the arbitrary number of four players to choose -- well, it's quite a bit easier to deal with. While it's definitely possible to argue the merits of including someone else, the case for David Robinson, Tim Duncan, Manu Ginobili and Tony Parker is pretty clear. 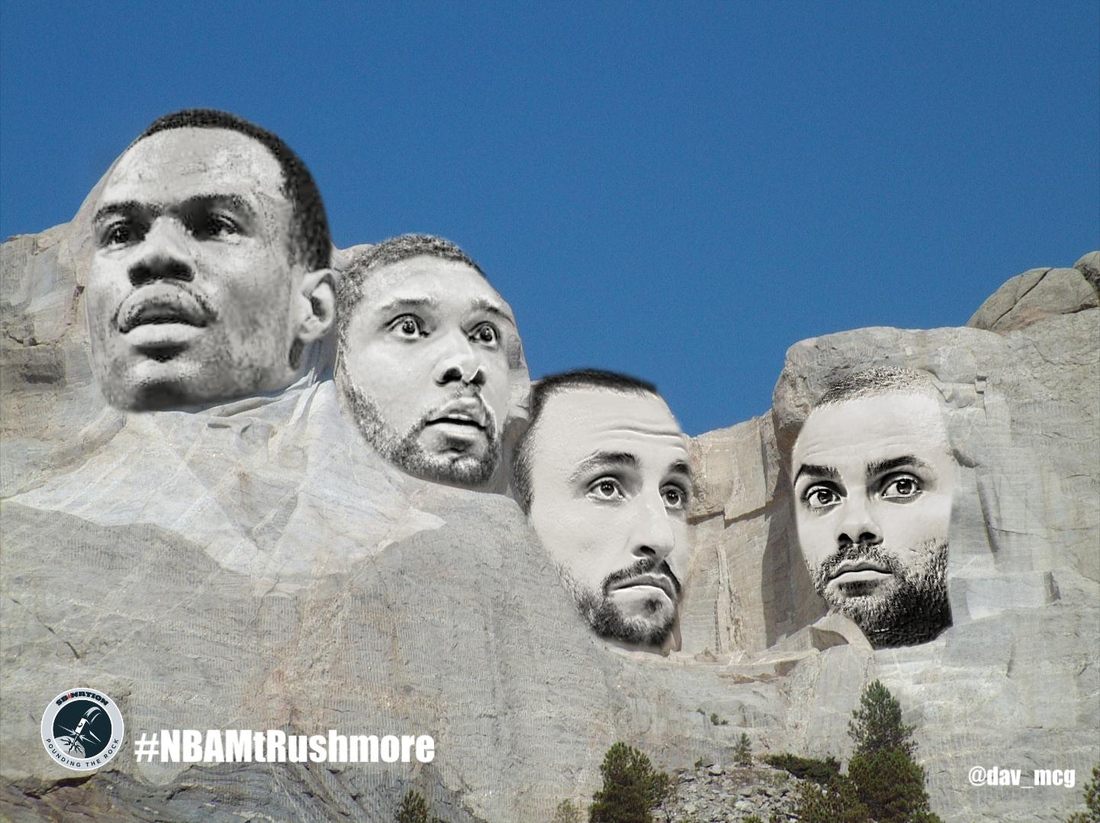 But that doesn't mean we can't discuss it.

Who else do you think should be in the discussion and who would be popped out of the Big Four that @dav_mcg so graciously chopped for us?