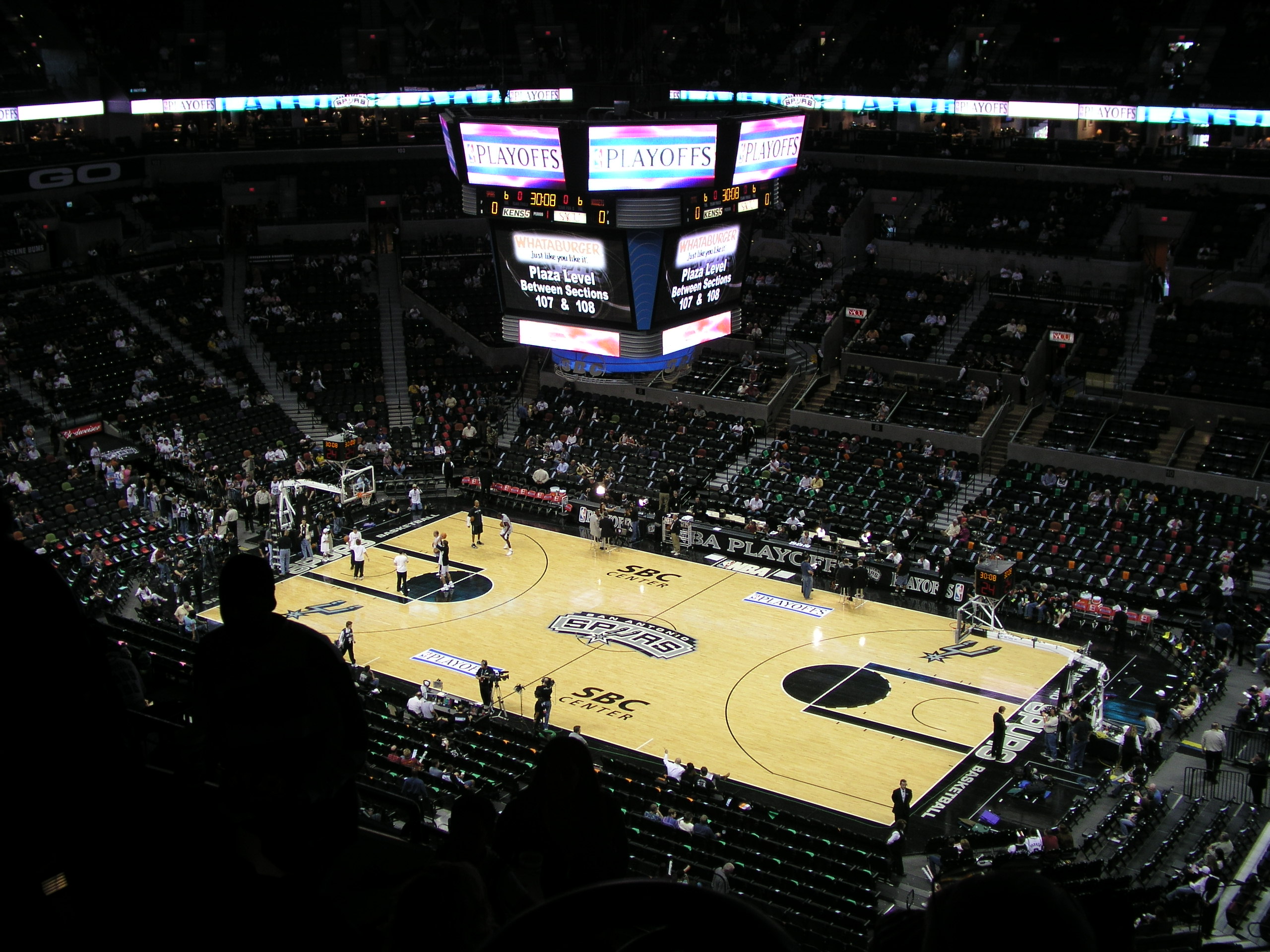 Playoff home court advantage is a topic that gets tossed around a lot. Is it really as important as we think? If it is, why?

In short, with so many winning teams, playoff home court advantage will be difficult to come by in the West. The Spurs, who can obviously come out on top in any game on any given night, may choose to prioritise health over regular season wins by resting key players. There are several ways a fan can respond to this reality.

One is hope: the Spurs have had too many injuries so far. Only four players have suited up for at least 25 games this season: Boris Diaw, Aron Baynes, Danny Green, and Cory Joseph. It is unlikely that they will be the backbone of the Spurs' rotation for the remainder of the season. The return of consistent playing time for the team we saw last June will result in better chemistry, wins, and, hopefully, a climb in the rankings. After all, the spurs are only three games back from the fourth seed!

Another is consolation: many have remarked that a fifth or sixth-seed this year may have home court advantage in the second and third round, because it's perfectly reasonable to expect eight over first or seventh over second-seed upsets given that all teams will be over 50 wins and, therefore, know how to play the game of basketball. Looking at the current standings, neither the Clippers defeating the Grizzlies nor, say, the Thunder beating the Warriors in a 7-game series sounds like an upset. If it doesn't sound like an upset, then by definition of 'an upset', it can't be one.

As legitimate as these views are, I think we might be able to give a better response by looking into what home court advantage is and why it is deemed to be so powerful. Most obviously, it empirically just is. In their book Scorecasting, economist Toby Moscowitz and sports-writer John Wertheim team up to question some of the supposed adages of sports. They calculated that, in all NBA games since the ABA-merger, the home team has a winning record of 0.605. That's all the evidence one needs, surely. Keep in mind that this figure, published in 2011, includes, among others, the hapless 2009-'10 New Jersey Nets, who were 8-33 at home that season. Facts are always accompanied by causal questions. One can speculate endlessly about home-cooked dinners and not having to travel before the game. Moscowitz and Wertheim have observed that how advantageous home court is differs from stadium to stadium and they have shown a correlation between the extent of the advantage and the distance between the fans and the court.

This finding leads to really only two options: fan atmosphere influences either the performance of the players or decisions from the referees. The authors immediately conclude that it must be the latter, and use statistics to back up their conclusion: home-teams shoot 1.5 more free throws per game on average and travelling and charging calls are called 15% more times with advantage to the home-team. I don't question that these statistics are probably right, but don't blame the referees. With over 18,000 San Antonians breathing down their neck, referees may not consciously decide to rule "Spurs ball". Rather, they really thought they saw those fingertips hitting the ball. In general, referee bias is probably subconscious and, subsequently, inevitable. Still, though referees' decisions can seem huge in fourth quarters of close games, it may not tell the whole story. This season, for example, the Big Three are all playing better at home than away. The reason for that may be that, in the early season, being at home is more comfortable. As the season continues, these numbers should approach one another since, for their careers, home court seems to have no effect on these veterans' performance.

The only things I'm comfortable concluding from these observations is that some players play better at home some of the time, and that referees give a small and inevitable advantage to the home team. However, these conclusions are almost negligible. Since switching to the current 8-team format in 1984, the 5th seed has actually won the first round more often than not at 33 out of the 62 games (!!!). The 6th seed has won their match-up in the first round about 28% of the time. Still, championships among the 5-8 seeds are rare, but, from the discussion above, that seems to be a consequence of the usual correlation between good teams and the best records. If, due to rest, the Spurs end up with a lesser record this year, it won't really matter if they are back to playing "Neo-ball" in May, regardless of seed. Looking at last year's playoffs, home court advantage wouldn't have made a big difference in the game 7 119-96 win over the Mavericks, nor would it have made a difference in the five-game walloping of the Trailblazers. In the series against the Thunder, the only close game where referee's decisions could have made an impact was in Oklahoma... and the Spurs won. Good luck convincing me that the largest margin of victory in the finals in NBA history was a product of home court advantage.

Of course, PtR readers that are fortunate enough to live close to the AT&T centre should take every opportunity they can to watch the Silver and Black play and yell "I want some nasty!" at the top of one's lungs. Professional basketball is all about fandom. Still, as long as the spurs are healthy and playing well by the end of the season, I wouldn't worry about where they're playing the games.