After snapping a picture of himself at a monument, Green's thoughtless Tweet offends and is dealt with.

This is why Gregg Popovich probably wishes that none of his players were on any kind of social media at all. With the Spurs in Europe for the NBA Global Games, Danny Green visited the Holocaust Memorial in Berlin and snapped the following picture, originally posted with the below text. 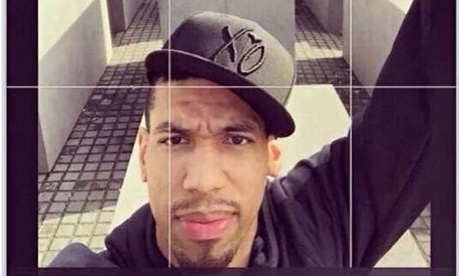 (Screengrab via The Guardian)

"You know I had to do it one time lol #Holocaust"

Obviously, lol'ing at the deaths of millions of people isn't a good idea -- and it's almost certainly not what Green meant to do. But it is what he did. As negative reaction to his careless and insensitive Tweet  mounted, Green first changed the caption to "A lot of history here, more than you could imagine...very sad/tragic things happened #holocaust #berlin" and then eventually deleted it altogether.

Then he followed up with this series of Tweets to apologize, clarify, own the mistake, and apologize again:

I want to sincerely apologize for the insensitivity of my post!

But showed poor judgement...sorry once again

This kind of thing isn't all that frequent among the Spurs, but it's not unheard of either. Last year Tony Parker apologized after he was photographed doing the quenelle gesture after a show in Paris, so it's not just the youngsters who mess up.

But when the mistakes are made, they're cleaned up pretty quickly -- and as far as I'm concerned, pretty well.