These injuries are really taking a toll on the Spurs, who have lost five of their last seven. Tonight the Bulls played their game, and the Spurs were unable to produce consistent offense.

Share All sharing options for: Recap: Spurs fall to Bulls, 96-86

The banged up Spurs started the game with Tony Parker, Nando de Colo, Othyus Jeffers, Tim Duncan, and Jeff Ayres. Jeffers has been with the team for five days and de Colo had played 153 total minutes for the Spurs this season coming into the game. Instead of hammering out the intricacies of the rotation, Popovich was forced to mix and match the eleven players he had available for Wednesday night's game.

The bright side of the Spurs' recent losses

Looking on the bright side of the Spurs' recent losses

Manu went 30 feet to dunk the ball. Unfortunately he hurt his hamstring doing so. The dunk was sweet, so let's look at it and some other nice plays from the Spurs' loss to the Rockets on Tuesday.

The bright side of the Spurs' recent losses GIF Breakdown: Spurs at Rockets

The Spurs' offense struggled in the first quarter, and for most of the first half. The good guys were only able to score 15 points in the first quarter. The Spurs did have a 17-3 run from the end of the first to halfway through the second, and the Spurs opened up an eight-point lead with 4:26 to play after Nando hit a three ball. The Spurs would fail to score for the rest of the period, and the Bulls closed out the half on a 12-0 run. The halftime score was 40-36, and those 36 first-half points are the lowest the team has scored in the first-half all season.

Luckily for the Spurs, they were playing the Bulls, not exactly an offensive powerhouse, and being down four was not too bad, all things considered. The Spurs did have trouble rebounding the ball, especially securing defensive rebounds. The Bulls came up with double-digit offensive rebounds in the first half. The Spurs also missed Tiago Splitter, as the Bulls had success down low with Joakim Noah, Carlos Boozer, and Taj Gibson. Chicago's guards also found pay dirt in the paint against the good guys, and the Bulls finished with 52 points in the paint.

The Bulls may not score the ball too well, but their defense is always solid. The front-office traded away the Bulls' best player in Luol Deng for peanuts after their former-MVP Derrick Rose was lost for the season with a torn right meniscus. The front-office may have wanted the Bulls to tank, but there is no way that Thibodeau was going to do that. So he's doing what he can with the roster he has.

The third quarter saw both teams score at a higher clip than they had in the first half. Unfortunately for the Spurs, the Bulls scored 28 to the Spurs' 25. San Antonio was able to take a couple of one-possession leads around the midway point of the quarter, but the shots went cold and the good guys only scored seven points in the last four and a half minutes of the period. To make matters worse, the Spurs turned the ball over seven times in the quarter on their way to 19 turnovers for the game.

The start of the fourth quarter saw the Spurs go with Ayres, Bonner, Beli, de Colo, and CoJo. That lasted for one and a half minutes and three possessions before Pop inserted Tim, Tony, Jeffers, and Diaw while leaving Belinelli on the floor. The Spurs trailed by 11, but they cut the lead to single digits a couple of times and almost looked like they were going to turn this game around. But Chicago responded every time the Spurs made even a little push. D.J. Augustin and Kirk Hinrich made some tough shots along the way to a ten-point victory.

If you were looking for an offensive game, this was not that, even with the 106 second-half points scored. It was a battle between two well-coached teams that played this game with very different lineups than they had envisioned when the season started. It wasn't a pretty game. To Chicago's delight, the pace was slow and the Spurs got almost nothing in transition.

The Spurs made too many mistakes, and the Bulls took care of the ball. SA had 19 turnovers to the Bulls' eight. With four serious rotation guys out the Spurs cannot turn the ball over that many times and expect to win. The margin of error for SA is very small right now.

Lots of credit to the Bulls. They came out tonight and played hard, dictated the pace, fought for offensive boards, and smothered the Spurs defensively. They didn't let San Antonio go on a run in the fourth, and knocked down some pretty tough looks. I've got a lot of respect for Thibs and his scrappy under-talented team. I hope they win a playoff series.

The Spurs don't have any more games in the month of January. Whew...Hopefully things are as bad as they will be. Tiago could be back as soon as Saturday, and Danny isn't far behind. The days are dark, but reinforcements should come soon.

Your Spurs fall to 33-13 for the season, which is still good for the two-seed in the West. So there's that. 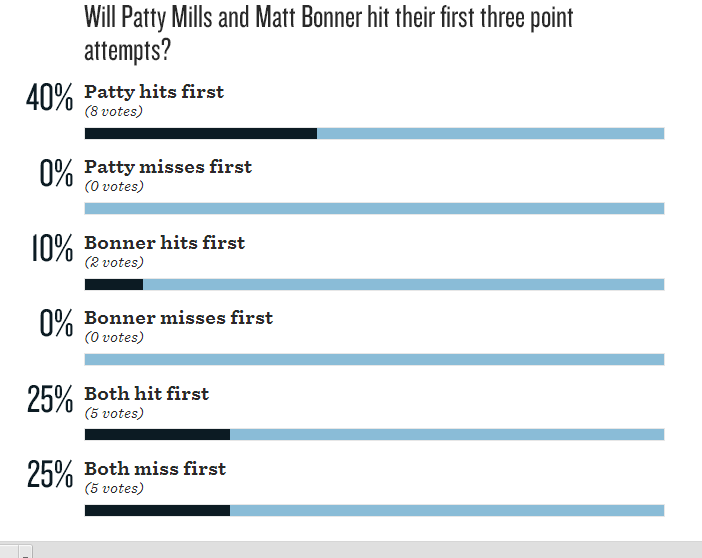 The Spurs host Boogie Cousins, Rudy Gay, and the rest of the Sacramento Kings on Saturday in their last home game for 25 days before they embark on their annual Rodeo Road Trip. Who knows, maybe they'll even have the services of Tiago Splitter. Danny Green will return soon, and the good guys will be back to their winning ways before we know it. For the Spurs at least, January is over. Taking a step back, the boys are really in a pretty good position. Sure, it's been hard lately, but the future holds the most exciting part of the regular season, and the Spurs' current injury woes will be in the rear-view soon enough.
On a completely unrelated note, I heard that a man stabbed and killed another man because the first man was upset that the second man said, "only prose is real literature." Russia is a wild place.
Some haikus
The injured Spurs fight
It's quite tough to win when hurt
Splitter, come back soon
Tim and Tony tried
The good guys just needed more
Thibs is a fine coach
I had lunch with my old man, who's a fine poet,  today. We had Chinese.
Four of Six games lost
Father asks, what's the problem?
"Please pass the soy sauce"