The Spurs again failed to beat a contending team.

Share All sharing options for: Recap: Spurs lose Kawhi. Less importantly, they lose to the Thunder, 111-105

Quick Note: Unfortunately, my original recap was lost due to unknown technical difficulties. It's two in the morning now, so you guys get the truncated version. Don't worry, there's still the Rehash, and there will be a GIF Breakdown tomorrow. 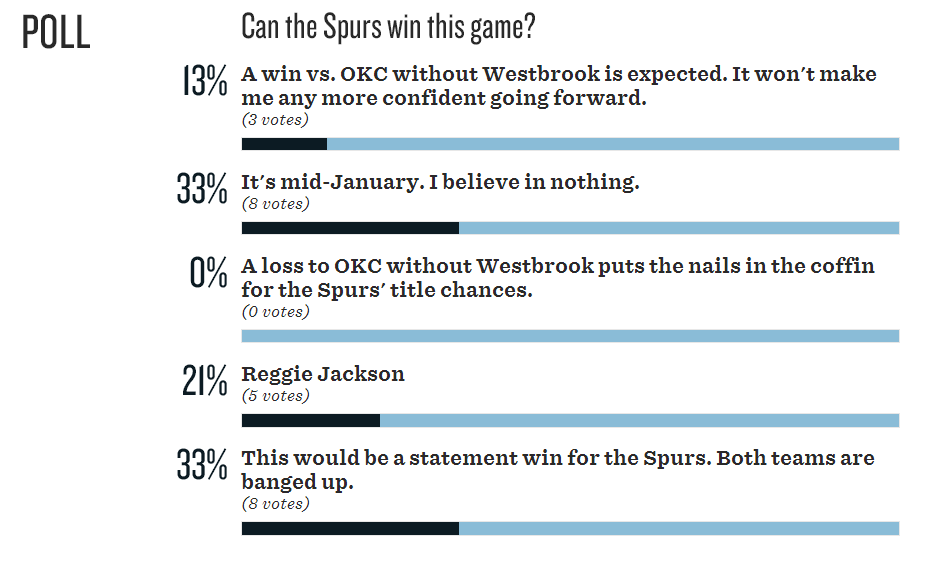 You know what else is annoying? Derek Fisher. No elaboration is needed.

I'm filling in for Fred Silva tonight, so let's do a Game Thread Recap. Here we go, your comments are in BOLD, and my thoughts are not.

There you go, folks. Goodnight.

Really though, Derek fisher is a terrible person. 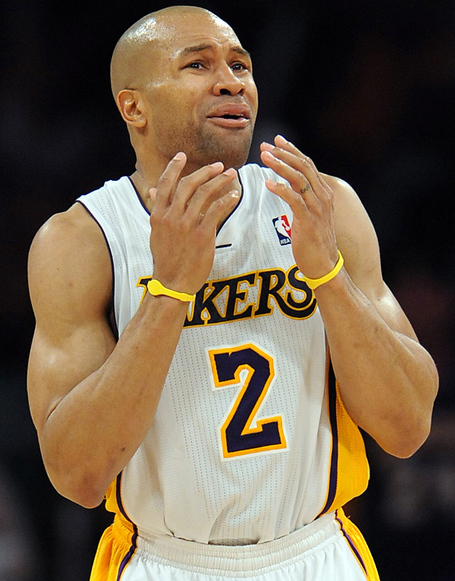 I BELIEVE IN NOTHING!

No Donny, these men are cowards.

Never fear, I am wearing my 1999 championship t-shirt tonight. We should have this one.

I think it's time to wash it.

Jeff Van Gundy just mentioned pick and roll defense being a concern for the Spurs. How timely.

lol . That was totally awesome: The local broadcast was playing the Phantom of the Opera music while showing Bonner :-p 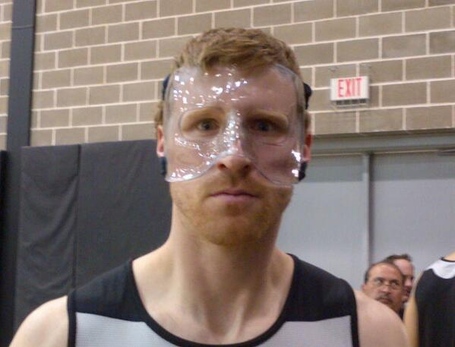 I wish we had Danny this game...

The Spurs' lack of athleticism hurts their defense

The Spurs boast one of the best defensive numbers in the league, but that doesn't mean they are without weaknesses.

In this new segment called "More of this, please" we will be analyzing plays the Spurs should probably use more often. To start, let's take a look at a pretty 4/5 pick-and-roll between Boris Diaw and Tim Duncan.

The Spurs' lack of athleticism hurts their defense More of this, please:The Diaw-Duncan pick-and-roll

Did ya'll see this quote from Mirza Teletovic:

Jason Kidd will be one of the best coaches, for sure - the new Gregg Popovich.

You said it, man.

Durant and Jackson combine for 6-6

I think Pop told Tony to wake up during that timeout

Tony was scoreless before the timeout, and finished the quarter with 11.

What the...even Perkins is scoring.

Perkins hit a well-contested shot over Duncan. I fell out of my chair and my girlfriend told me to shut up. I may have been yelling. Hard to say for sure.

Of course, Perkins did shoot a wide open 12-footer that barely grazed the rim. The AT&T Center laughed at him. He didn't tally another point, but did commit fouls, and was called for five of them.

Spurs will fall behind by 20. They'll fight back in the third quarter and tie the game at the beginning of the 4th. Then OKC will go on big run and the Spurs will lose by 11. It'll be chalked up as a moral victory because Splitter and Green were out but the Spurs were able to tie it that one time near the end.

Please DO NOT call a game in the Game Thread. Even jokingly. That's a no no.

Oh [shoot], Fisher is in the game

Have I mentioned how awful Fisher is yet? That guy is the worst. I'd rather watch Thunderstruck than have to sit through a game where Fisher plays.

Has anyone tried to sacrifice a chicken to get our guys out of their funk against these contending teams?

Our buddy, day late, provided score updates throughout the game. There are many Pounders who aren't able to watch the game, so this is a big help. Thanks!

Call me crazy, but I think the Spurs' players should get some of those rebounds. They seem useful.

The good guys were out-rebounded by eight, and they allowed OKC to come up with 11 offensive boards. So yeah, they do seem useful.

Another three by Diaw gives the Spurs their first lead.

Well look at that. The Spurs are making a game of it. The Game Thread exploded with 30 comments praising Boris. BoBo for MVP!

Gino finished out the half playing great D on Durant. KD was visibly upset and then he whined to the refs. Something about The Manu manipulating the refs. It was fun to watch Gino take on the MUCH taller Durant. Manu is such a gamer. Still, the Spurs trailed 55-53 going into the half.

Any doctor here who could tell me if Kawhi's injury is serious or not?

Yes, because Google's been a lying [lady of the night] to me lately.

With no small forward available Pop went with Diaw, Duncan, Beli, CoJo, and Parker to start the second half.

Indeed. They started the quarter on a 10-2 run. Things were looking up.

This Frenchie never backs down!

Tony Parker had a great game, finishing with a game-high 37 on 22 shots. He was out there competing, trying to win it for his team, but OKC had all of the answers.

I really don't like feeling the way I do about fellow human being Derek Fisher.

Just by watching this game  I thought Timmy was scoreless, and then I saw the box score. Dude has 13 points and 9 rebounds already.

Timmy with the block!

Tim Duncan had a rare in-the-air block against Durant when KD was attempting to kill the hoop. The meeting was so violent that KD's shoulder was visibly bothering him for some time after this. Unfortunately, Cory Joseph caressed Durant's arm and was called for a foul before TD's block. Still, it was awesome to see the veteran go up and deny KD with such authority.

The Spurs ended the quarter and began the fourth with this lineup:

Man, the Spurs are ridiculously banged up.

I now know why we have so many hand injures - Pop makes them cross their fingers while playing defense.

In the between quarter interview Pop was asked how to get stops down the stretch against OKC. His response:

You cross your fingers.

Nope. He's the three-foot wave you didn't notice as you're trying to secure your surfboard. I've never actually surfed, but I did trade my skateboard for a surfboard when I was like eight. My mom made me get the skateboard back before I got to use the surfboard. Kelly Slater needs to thank me. I would've killed it. The ocean and I are like Pop's fourth-quarter defensive strategy against OKC.

Fisher must be teaching Reggie how to be a Spurs killer.

You must be trying to hurt me deeply. Congratulations, mission accomplished.

Perkins is hard to look at.

AND his fake-tough persona is stupid too.

I'm so stressed out right now.

We played hard and well for three quarters, w/o our best wing defender. I can't complain about how we played, [the Spurs were] clearly outmatched.

I don't like excuses, I don't like complaining, and I don't like losing. Really though, playing the second half of a game without three starters against a team as good as OKC and getting a win is an almost impossible task. Still the Spurs failed to beat a contending team and fall to 32-10. The one-seed in the West that seemed to be there for the taking by the Spurs now seems wide-open with Kawhi out for who knows how long. I mean OKC, led by the man who could score on Jesus, is playing so well without Westbrook.

Now that I've had hours to process the game here's where I'm at.

If you want to check out the perspective of the Thunder fans you can go to Welcome to Loud City.

Next up for the Spurs is the Atlanta Hawks on Friday and then the Spurs play the Miami Heat on Sunday.