What Happens When Tim Duncan Retires?

The day will come soon enough when the sky darkens and the Riverwalk runs red with blood. What can Spurs fans expect when the Big Fundamental hangs it up for good?

Share All sharing options for: What Happens When Tim Duncan Retires?

It's every Spurs fan's biggest fear. What will we do when the GOAT PUFF hangs up his high tops and calls it a career? There are certainly several legitimate options available. Sign an up and coming power forward and hope he develops into half the player that Timmy is (or was in this hypothetical). Tank a season and hope to hit the lottery, again. Put the onus squarely on Tony Parker to carry the team and have the entire city get on its knees to beg Pop not to walk off into the sunset with Tim.

Thanks in large part to the worst team in the NBA, the Spurs won in a blowout, as the bench came through to demolish the Bucks in the second half.

Why can't the Spurs beat Portland?

Yes, the Spurs lost another "statement game." The good news is we'll all look back on this and laugh after they vindicate themselves against the mighty Bucks Sunday night.

But let's think outside the box for a minute. You probably don't know it, but back in the day I could pound the rock and dish the dimes and all that stuff. I played power forward and center for my high school team in West Texas and we almost made the playoffs once. I'm almost 6'5" and if I started practicing tonight, I could probably be in decent enough shape to put in a good 15 minutes a game two years from now.

Before you get your mind blown, though, there are a couple of housekeeping items to address:

The day started well as I dropped 16 in the rookie challenge. Kawhi Leonard and I were playing a mean two man game against those guys that didn't know what was coming. I impressed the Knicks who were interested in taking me with the 17th pick. In the interview with the GM though I told him I'm not a big city guy because I really didn't want to play for that dumpster fire of an organization.

The Indiana Pacers were interested in me with the 15th overall pick but I told them I'm a big city guy and had no desire to play in their podunk state.
The Charlotte Bobcats were next but I threw them off my trail when the GM asked what my plans were once I got my first paycheck. I told him I gotta take care of my boys.

So on draft day, the Pacers took Kawhi and I slid to the 22nd overall pick when the Denver Nuggets selected me. 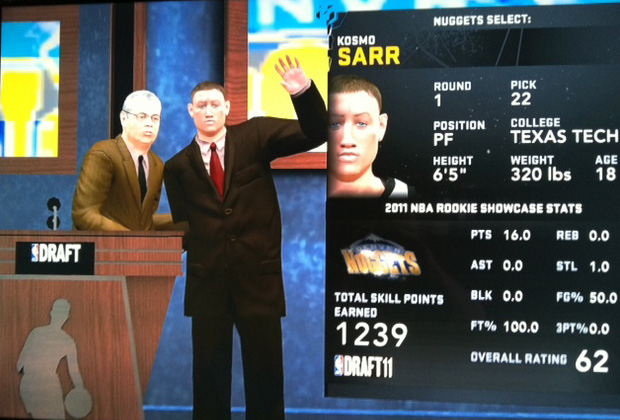 I had to play in that crap hole of a city for five games before I could request a trade to the Spurs, and my dreams came true when it was granted. I was on my way to San Antonio!

So, enough of the buildup, let's get to it. Behold your future, San Antonio.

We'll run a special play for Tony where I'll distract the defense by jumping behind the bench and hiding, leaving him wide open for the 15 footer.

We've also got some special plays on defense. In this one, I walk around setting screens. While I'm on defense. Which confuses the Houston Rockets so much they can't even make a basket.

Next up is a favorite play of mine, and one that highlights my basketball IQ. If we're on defense and the shot clock is winding down, I high tail it down the court yelling SNOWBIRD SNOWBIRD SNOWBIRD, which leaves me wide open, every single time. Unless they score.

Of course I'll keep great relations with the media. Watch this sick steal, then fundamental pass to Manu on the fast break while I go show Sean Elliott my shoes.

Of course, since I've been out of the game for so long I'll have to have an agreement from Pop to let me get a drink of water whenever I want, which shouldn't be a problem.

This has always been one of my favorite offensive plays. Watch as I do the spin cycle until freakin' Danny Green messes it up like always.

So there you have it Spurs fans. Absolutely nothing to worry about when Timmy retires.

Our next big thing will come in the form of KOSMO SARR. He's 6'5", and 320 pounds. Can't jump. Not a great shooter. Can't defend. Pretty slow. No stamina to speak of. But he has a mind like an iron trap and a heart as big as the AT&T Center. He's me. He's Kosmo Sarr. 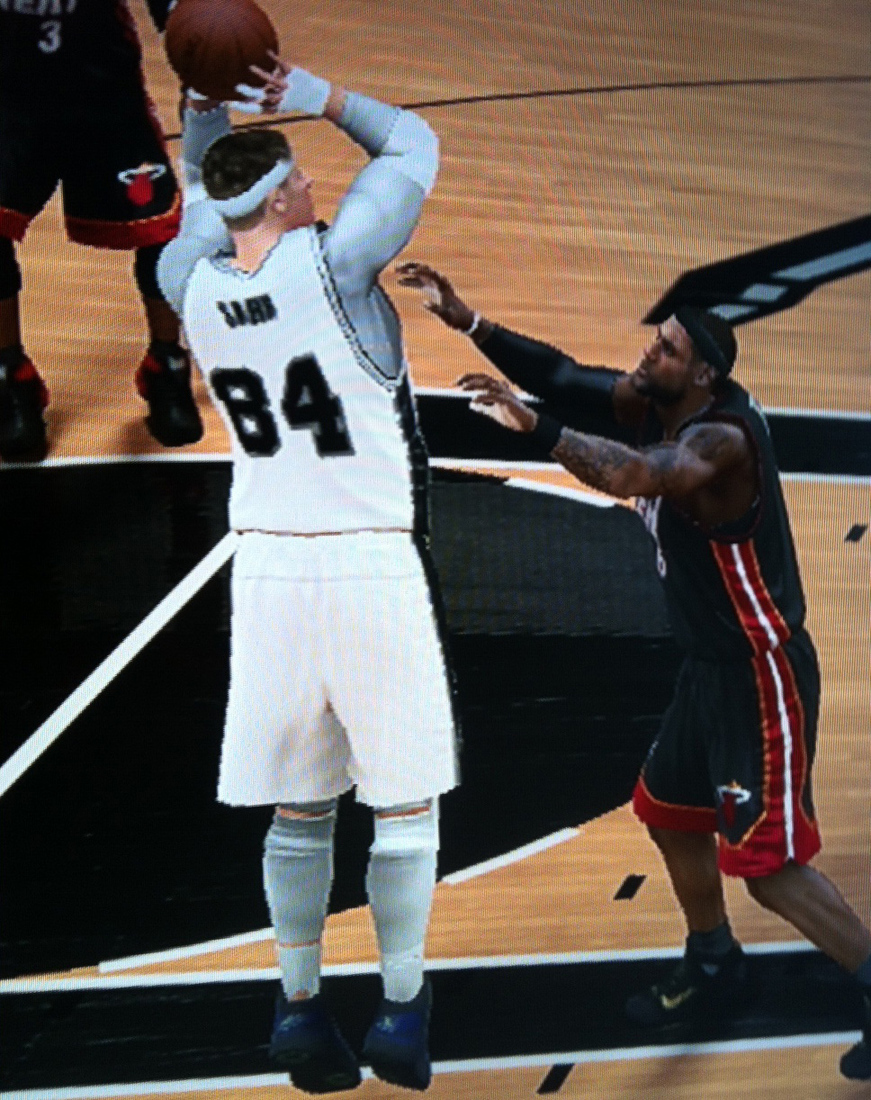 I've gotta go do some burpies and curls now.

Up down, up down. Left right, left right.