Explaining the divergent career paths of Tony Parker and Allen Iverson with just one word.

In late May and early June of 2012 I spent a few weeks in Charlotte, North Carolina with a handful of co-workers for some company meetings. We stayed at the Hilton out on the edge of town not far from the Charlotte Motor Speedway. At the end of the day we'd gather at the hotel bar and watch the Spurs in the Western Conference Finals against the Oklahoma City Thunder. Things were rolling along nicely with the Spurs up 2-0, riding a 20 game winning streak and on track for a Finals matchup against the Heat.

Parker's use of the quenelle gesture and apology

Tony Parker is one of the French athletes who is having to explain their association with the comic Dieudonné, and their use of the gesture he invented.

Then the wheels fell off.

Oklahoma City ran the Spurs out of the gym in winning four straight and sent the Spurs back to San Antonio with seemingly more questions than answers. Coupled with the first round upset by Memphis in 2011, Spurs fans began to wonder if the window leading to a 5th championship was finally shut. Tim looked old. Manu looked old. And then there was Tony. Watching James Harden and Russell Westbrook and Kevin Durant fly up and down the court, yes, even Tony looked old.

After the game six loss, I felt a sense of sadness for an NBA point guard.

But it wasn't for Tony Parker.

You see, this Hilton in Charlotte was the place to be. We saw Dan Marino at the bar one night. Saw a few NASCAR guys on another. And, for a brief period of time, this particular Hilton was home to Allen Iverson.

I've never been able to find out exactly why, but Iverson lived at the Charlotte Hilton during the summer of 2012. He parked his Bentley right up by the front door. Sure it was an inconvenience to guests trying to check in, but it was never moved. He'd saunter down to the bar with his entourage and a place would be made for him. Anyone that approached him would be greeted with a surly, but somehow inviting, "Wassup mother f****r."

Then they'd be off to who knows where. There was a Hooters nearby and a few shops and college bars were within walking distance. Maybe they'd head over to Applebees for some apps and Cape Cods. But sometimes The Answer and his boys would just go sit out in the lobby, in what had to be a startling vision for anyone checking in, not aware of the hotel's most famous resident.

The Tragedy of Allen Iverson 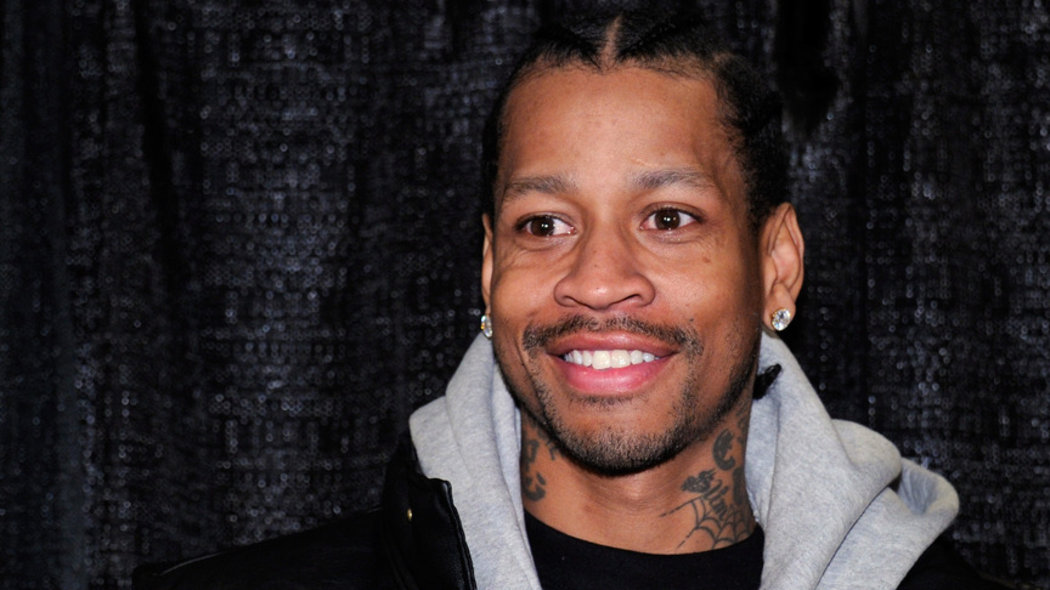 He seems totally unprepared for his greatest challenge: life.

On more than one occasion we came back to the hotel bar after a night out on the town to see one of the most exciting point guards to ever play in the NBA passed out on a bench in the parking lot. So much for the entourage, I guess.

Watching Tony Parker answer questions after the win over the Sacramento Kings on Sunday night made me think about that summer in Charlotte, and the contrast between Parker and Iverson. To clarify, this is by no means an attempt to denigrate Allen Iverson or portray Tony Parker as a saint. Both have their demons, as do we all. In fact, Tony recently found himself in the headlines for a controversial gesture he made in a photo.

On the court though you can't question their prowess. In his prime, AI was an exhilarating, electrifying playmaker with the ability to completely take over a game. Tony continues to do that almost nightly.

But their approach to the game, and how they prepare for it, is where the similarities end. Everyone remembers the famous "We talkin' bout practice?" press-conference from 2006. Compare that with Tony's response when asked about the critical 3 pointer he made down the stretch to seal the win over the Kings.

The NBA is a fraternity, and it's players and former players have a brotherhood and share a common bond that most of us will never understand, so in no way was Tony's answer a jab at Iverson. But it's telling nonetheless. Two point guards on two different paths because of one word.

So on that warm night in Charlotte 18 months ago I watched the Spurs' season end. Allen Iverson was there, watching too. I don't know what he was thinking, but I felt a sense of sadness for him. And I was also wondering if I'd seen the end of a glorious run for the Spurs. Fortunately, it wasn't.

We all know the story. Led by Parker the Spurs made another run in the 2013 Playoffs and were seconds away from a 5th title. They've gotten off to another hot start in the 2013-2014 season and are positioning themselves for another crack at it all. In the meantime, Allen Iverson's life has sadly spun out of control. A man once at the top of the NBA hierarchy is now lucky if he can call a Hilton home for a few weeks at a time. I hope that Iverson can figure things out and find a measure of happiness. And it would be ludicrous to think that one's opinion about the importance of "practice" can lead to a difficult life.

But as a fan, if given the choice between practicing the 45 or scoffing at it, I'll take Parker's approach every time.

Of course, several factors play into Parker's success. Suiting up alongside two other future Hall of Famers every night is nice. A little luck along the way helps too.

But so does practice.