Pathology of the Spurs: Part 5 - Popovich and the system

The fifth installment of our continuing series explaining the culture of the Spurs and just how it came to be.

Share All sharing options for: Pathology of the Spurs: Part 5 - Popovich and the system

Once Pop was named general manager, he had his mandate in San Antonio to permanently shape the organization as he saw fit, with little interference from the media be it local or national. Really, Bill Belichick of the New England Patriots of the NFL gets the credit for being the prominent totalitarian gatekeeper among American coaches, the monarch all wannabes model themselves after -- closing off practices, fudging injury lists and guarding transactions involving the 53rd man (or in the case of the NBA the 15th man) on the roster like state secrets. But the truth is that Pop has a good two years on Belichick when it comes to this stuff and the Spurs have fared far better at protecting their interests, and hiding their secrets from the media, than even the Patriots have.

Kevin O'Keeffe of the San Antonio Express News (who, it must be said, seemed to have an axe to grind) took on Pop before eventually leaving town, and no one who's covered the team since has challenged Pop in any substantial way.

Not that there's been all that much to challenge, relatively speaking. Not only has the team won three more titles under Pop, but they've generally been contenders every season since 1998, a fact that Pop attributes almost entirely due to the presence of Duncan -- which is mostly accurate. That Duncan's temperament, attitude and general disdain for fame is so closely synced with his own has worked out incredibly for Pop, and there really isn't a better fit in the annals of NBA history for all the things he would want in an ideal player. Not Michael Jordan, not Bill Russell, no one. From work ethic, to the way he interacts with teammates, to his approach on the floor and off, Duncan is Pop's view of the perfect player and through him he's been allowed to build the empire outward. 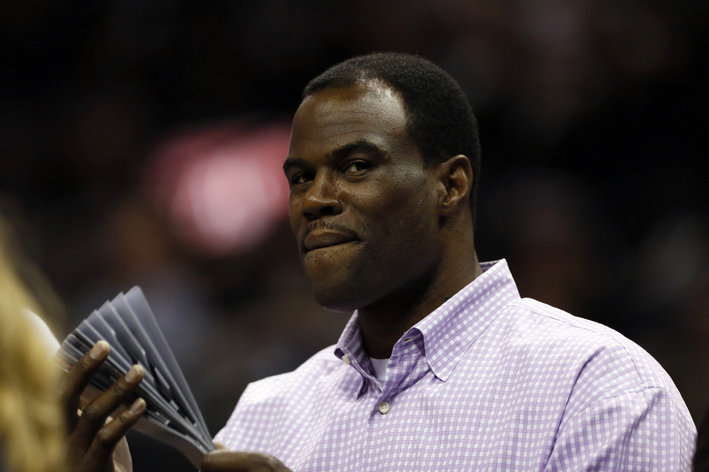 If anything, the continued success of those early years, from 1998-2001, before Tony Parker and Manu Ginobili arrived on the scene, enabled Pop and the rest of the front office to keep scrambling at the bottom of the draft, to keep expanding their net globally, because the lottery wasn't available to them and guys like Kobe Bryant, Tracy McGrady and Kevin Garnett were never going to find their way over to the roster either. The other GMs were just too good at identifying that kind of domestic talent early on.

Neither Parker nor Ginobili were ideal for Pop the way Duncan was. The former was too young, too raw, had a selfish bent, wasn't always committed to defense or to passing, and was susceptible for the trappings of celebrity at times. The latter, meanwhile, had a team-first attitude and was malleable enough to play the defense Pop wanted almost from day one, but his limited stamina and his reckless style of play made him susceptible to injuries and he had a wild hair in that humongous nose. Both were extraordinarily talented, competitive and driven, and those are three things you can't teach or coach into players. 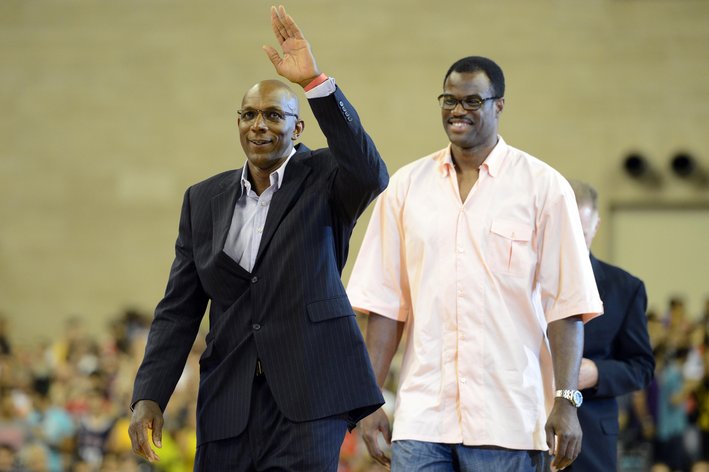 For a decade now, Pop and his three stars have been good enough to contend in the shadows, beneath the national radar, lurking every May and June to the consternation of NBA commissioner David Stern and countless television executives. A couple of times they faced one-man happy-to-be-here Eastern Conference teams in the Finals and those series were short on drama and excitement. A couple of other times they played in Finals that went the full seven games against the defending champion, and while only one (maybe none) of those series will stand the test of time historically, both should for anyone who is an objective basketball connoisseur.

The incarnation of the Spurs the past couple years has been one of necessity as Duncan and Ginobili have lost some quickness and athleticism and fellows like Robinson and Bruce Bowen have long since retired. Also, rule changes instituted by the league have made it all but impossible to play perimeter defense without aggressively double-teaming, and it's changed the dynamic of the game to a wide open offensive style -- dependent on three-point shooting and drive-and-kick; far less dependent on the post game and the inside-out offense. Pop no doubt prefers the 85-74 games of years past, but there's no question this version is more pleasing to the eye overall and to his credit he adapted and always stayed ahead of the curve. He came within an eyelash of winning a fifth title with his best player being 37, his second best severely compromised by a hamstring injury and his third best only able to summon a semblance of his former greatness every fourth or fifth night. 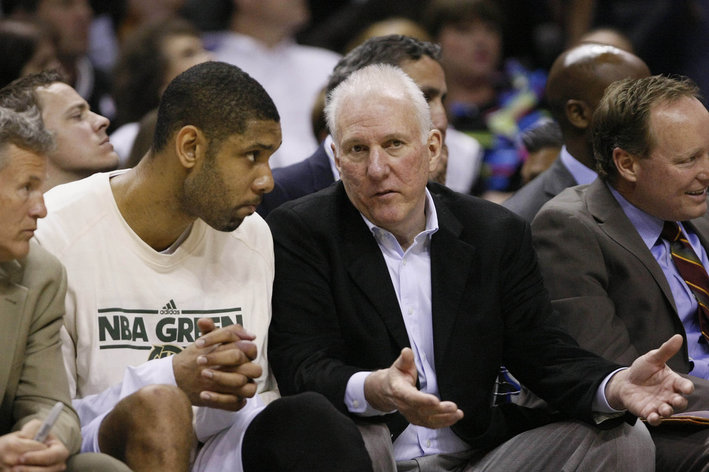 Through it all Pop persists, aided greatly of late by another diamond in the rough in Kawhi Leonard, who like Duncan would just as soon prefer to play the games in an empty gym. He's everything Pop could want to complement his big three, a lengthy, tireless, springy youngster who can guard multiple positions, rebound, play without the basketball while knowing precisely what to do with it if it comes his way. Like the others he's also talented, competitive and driven. Leonard might singlehandedly tempt Pop to stick around a couple of years longer than he'd planned, even after Duncan, the Darth Vader to his Emperor Palpatine, hangs 'em up. (I guess that makes Leonard Luke Skywalker? I dunno.)

Have the years and the success softened the man? Without a doubt. He doesn't use the media to send messages to his players or to pick fights, and there haven't been too many players or coaches of late who left the team under a dark cloud, though of course not everyone is always happy with their roles. Generally guys like playing for Pop, and if they begin to chafe, his three lieutenants get the newbies in line. As far as the games go, Pop is still as competitive and forward thinking as ever, and he still coaches like it means as much to him as it always did, which is commendable. He doesn't mail in games, so much as experiment within them with different strategies and lineup combinations. There's a method and a reason for everything, even if we can't always see it (and he sure as heck won't explain it).

Pathology of the Spurs: Part 4 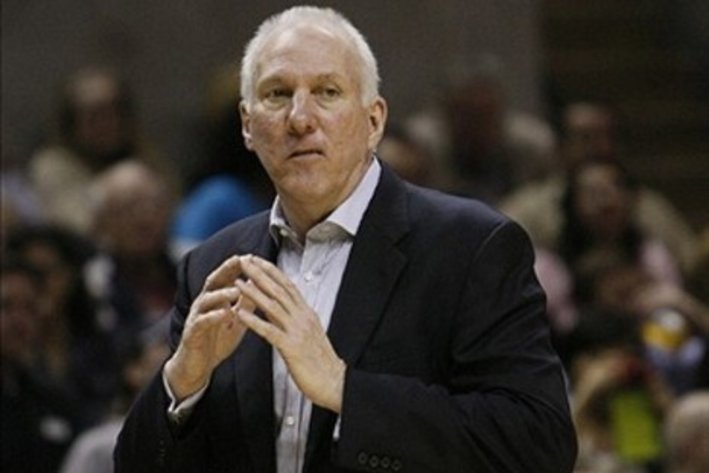 Is Pop perfect? No, and he'd be the first person to tell you he's not. However, what he's built in San Antonio, by hook or by crook, is absolutely remarkable and we're all better for it as basketball fans in general and Spurs fans in particular. Are there certain things about him I'd change? Absolutely. But there's no coach in the league I'd rather have, that's for sure. Pop is the Spurs every bit as Duncan is, if not more. He's a living legend.

He's also one tremendously lucky bastard, as we'll see as the series continues.