A smorgasbord of Spurs summer imagery

From a Splitter portrait/caricature to Terminator-styled Big Three poster, to Kawhi Leonard showing off his baseball acumen, here's a number of images to keep your Spurs fix going through those hot August days.

Share All sharing options for: A smorgasbord of Spurs summer imagery

It's a smorgasbord today. A little this, a bit of that, and a whole lot of the other.

First of all, you might have heard that Kawhi Lenoard was fortunate enough to be selected to throw out the first ball at a Padres game, and you may have even seen this image of him doing so, but did you happen to notice the size of his hands in relation to that tiny-looking baseball he's throwing? It's ridiculous, isn't it? Also, check out the fiesta-themed Spurs cap. 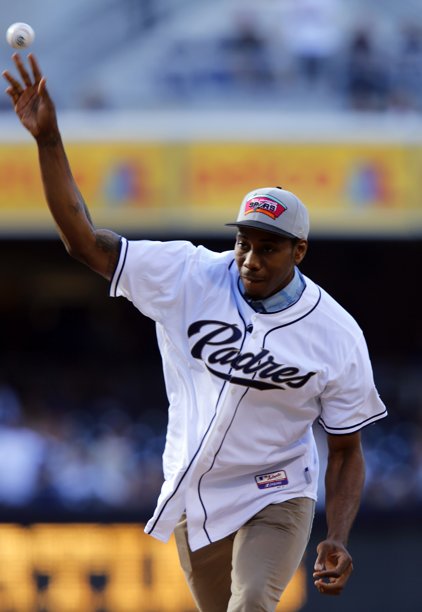 Here's another one that the Spurs put up on their Facebook wall, in which you can not only see the footwear Kawhi was sporting, but you can also take a guess as to the kind of cell phone he uses. (Yes, it's not just during the season that I over-analyze tiny details. It's a year-round thing. You're welcome.) 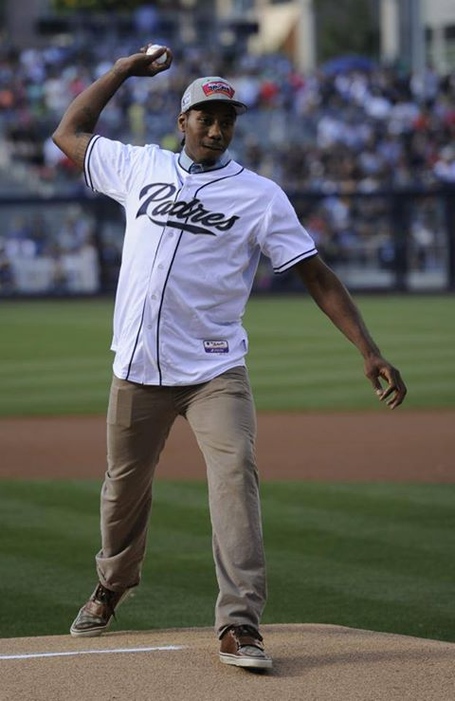 There's this video of Kawhi Leonard doing awesome things in the playoffs. Be aware that there's about a minute of prologue that you can feel free to skip.

Now it's my pleasure to introduce you to the work of VicT82, who will be helping us out when cool images are needed, and even when they're not but are definitely appreciated. As is the case for the below Terminator-inspired Big Three poster, suitable for hanging in anyone's James Cameron/Spurs co-themed cave. 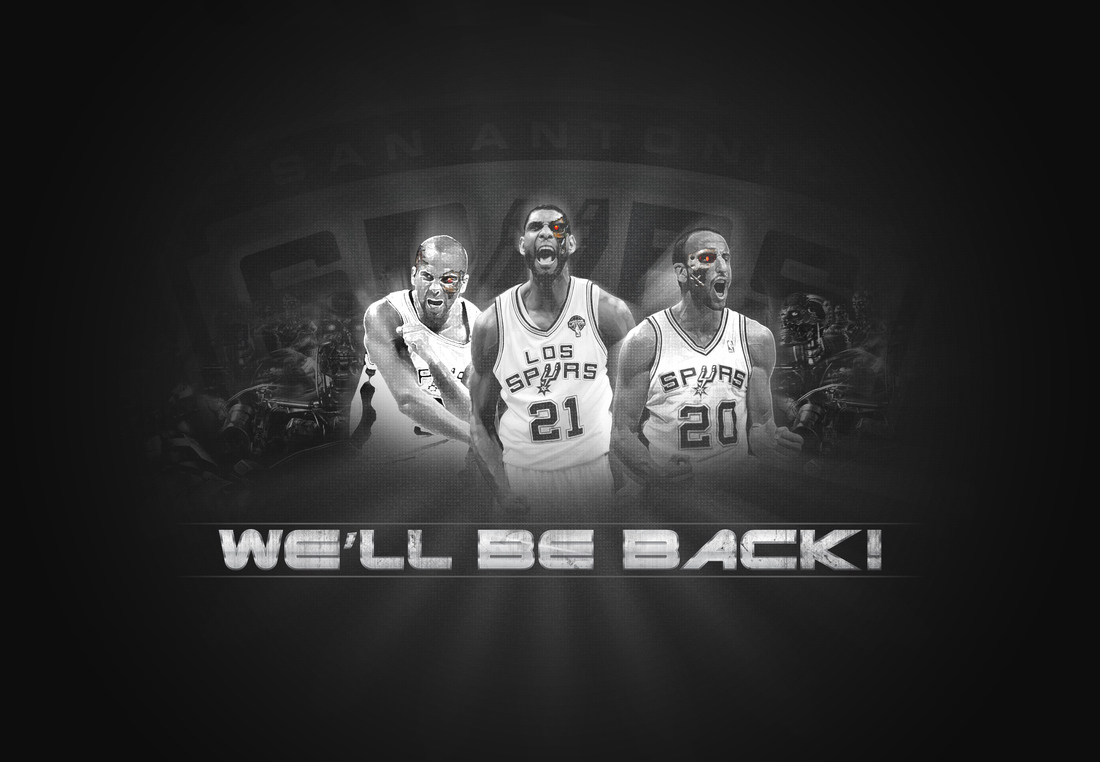 Breaking Bad fans should be on the lookout for more stuff from him. Soon.

Then there's this really nice wood-cut styled image that Project Spurs posted after Tiago tweeted it. UPDATE: And thanks to long-time reader and contributor janieannie, we now know that the Tiago illustration is the work of Brazilian illustrator Antonio de Padua C. Neto. He has done other basketball players as well (Kobe, LeBron, Jordan Harden). 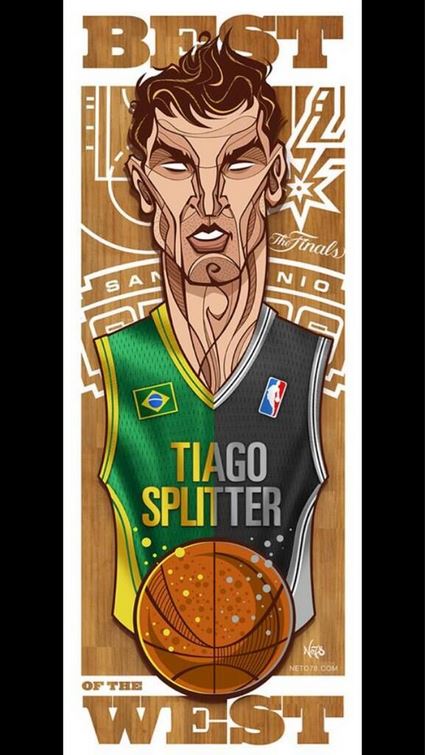 Go check out his awesome work on his website, neto78.com which also has close-ups of many of the details from this image.

That's all for now, as I get back to work writing the post that you guys voted for.