Manu Ginobili will play for Spurs for two more years

Share All sharing options for: Manu Ginobili will play for Spurs for two more years

And with this one tweet of a single sentence -- 18 words plus a hashtag -- Manu Ginobili announced that he'll be playing for San Antonio for two more years.

Thrilled to announce that as I always hoped, I'm gonna stay with the @spurs for two more years. #gospursgo.

It's the kind of news that would have brought universal joy across the whole of San Antonio; a message that would have made every Spurs fan glad ... except for the last fifty-four and a half minutes of the 2012-13 season. If the Spurs close out Miami in Game 6, then no one is calling for Manu to retire. If the Spurs hoist the Larry O'Brien trophy for the 5th time, who would be calling for our Argentine to do anything but sign as quickly as possible? 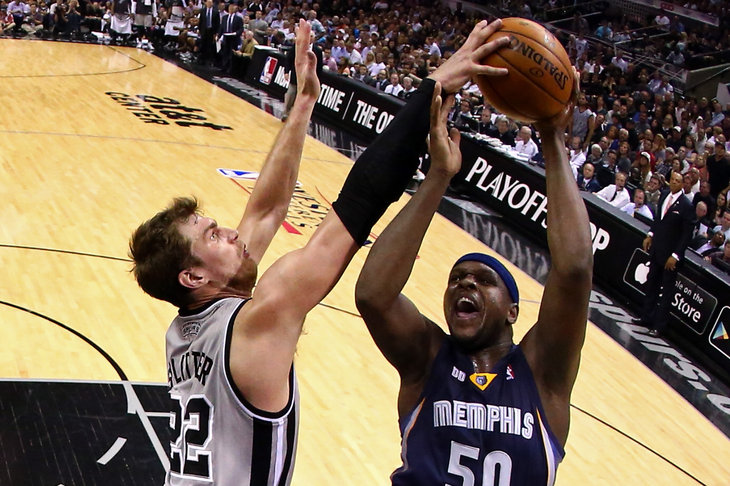 Exploring the reasons why the Splitter signing will work for the Spurs next year, and three more afterwards.

But the Spurs didn't get Number Five, and so Spurs Nation is reacting with a certain amount of ambivalence to the thought of more Manu. After filling the AT&T Center with chants of "Manu! Manu!" as recently as Game 5 of The Finals, it's not uncommon (for what's probably the first time in his career) to hear Spurs fans voice negative reactions about the the all-purpose guard's return.

The signing definitely points to PATFO and Manu both believing that the lefty still has something left in the tank. And I know that I've seen enough from him, and from the front office, to readily give the benefit of the doubt while looking forward to an excellent chance of celebrating playoff win # 117 for Tim Duncan, Tony Parker and Manu Ginobili.