What are the Spurs to do after missing out on Kirilenko?

The Spurs have some minor concerns at some back up spots and after re-signing Splitter and Ginobili it's only natural to wonder whether or not they will earn their new contracts. But those are just marginal problems that should be easily solved

Share All sharing options for: What are the Spurs to do after missing out on Kirilenko?

After re-signing the most important of their own free agents and adding Marco Belinelli and Jeff Pendergraf, the Spurs seem to have gotten marginally better. The most pessimistic might point out the uncertainty at the back-up small forward and point guard spots and wonder if these deficiencies might not be crucial flaws. Similarly, it's easy to wonder what can be expected from Manu Ginobili as he ages, as well as Tiago Splitter now that his first large contract has been signed. I have to say, after looking into those potential problems, I feel optimistic that the Spurs are on the right track.

Not getting AK hurt but the Spurs are still contenders

Andrei Kirilenko would have been a very good addition. He can play both forward positions and is a plus defender, which would have provided the Spurs with a lot of lineup versatility. Alas, it didn't happen. He gave the Nets a discount and signed for a measly $3 million a year after the Spurs were reportedly trying to find a way to offer him $8 million. Fortunately, he would have been more of a luxury than a necessity. 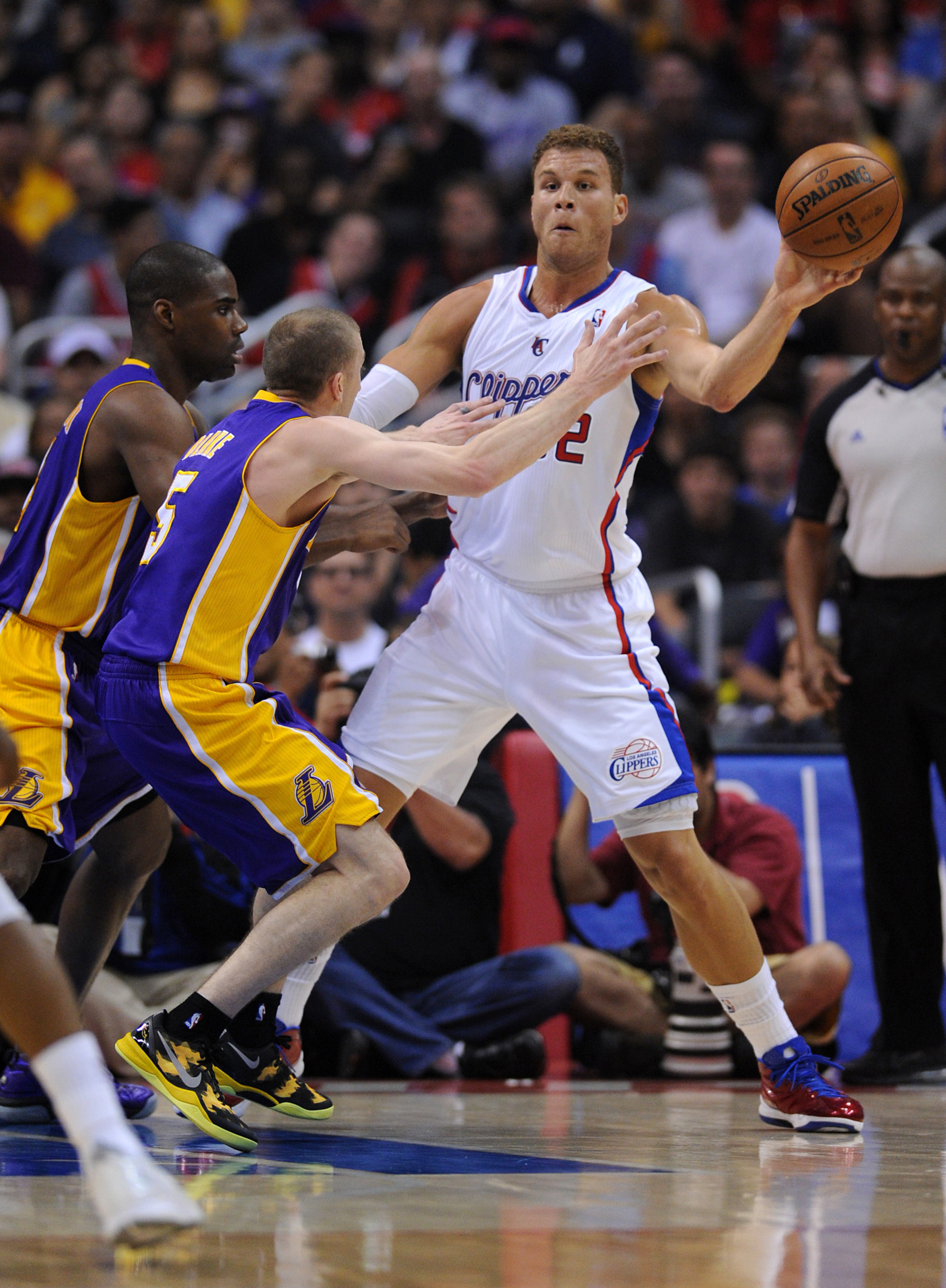 Castigating the Clips, LOLing at the Lakers and "Meh" over Miami, Minnesota, Milwaukee and Memphis.

Kirilenko's greatest asset is his ability to slide up and down between both forward spots while providing disruptive defense, solid rebounding and decent offense. Guess what? The Spurs have Kawhi Leonard, who can do all of those things. Of course it would have been great to have both of them wreaking havoc out there, but it's not like adding AK was essential to plug a glaring hole. Boris Diaw, as he showed when guarding LeBron James in The Finals, can defend quicker players for spot minutes, and with Splitter secured for the next few years, the Spurs will likely go big whenever possible.

So don't worry, the Spurs will be fine. Especially considering...

Back-up small forwards are not hard to find

I've mentioned before that the lack of a true small forward is not really a problem because the Spurs will likely give those minutes to Green, like they did last season. As long as Kawhi is healthy, there is nothing to worry about.

Still, at the moment the Spurs have an open roster spot, and if they decide to fill it with a small forward there are lots of options, from Summer Leaguers like Deshaun Thomas and Hollis Thompson to veterans like Mickael Pietrus and Dahntay Jones. There are even some interesting possibilities out there involving trades. The Wizards have reportedly showed interest in DeJuan Blair in a sign-and-trade and, considering they have Otto Porter and Martell Webster to fill the SF spot, they could be willing to offer one of Trevor Ariza or Cris Singleton in return. It would be hard to match salaries with Ariza if only Blair is included. Singleton, on the other hand, is cheap enough to give a shot considering his defensive potential and good physical tools.

Another potentially intriguing scenario involves Hedo Turkoglu now that it's been reported that the Magic might consider buying him out. It's possible Hedo simply has nothing left in the tank. He only played 11 games last season and was terrible when he was on the court. After getting paid, Turkoglu seemed to check out and not even a trade to the Magic (who were playoff-bound at that point) was able to snap him out of his funk. Then again, something similar could have been said of Boris Diaw before he found his game with role in San Antonio. And it's not like a lot would be asked of Hedo; just to fill the small role Stephen Jackson had last season. If Turkoglu agrees to sign to a minimum salary, the gamble might be worth it. And if he doesn't work out, he can be waived at little cost.

Believe it or not, Manu and Tiago could be better next season

In case you didn't know, Splitter and Ginobili will not play with their respective national teams this summer. That could allow them to focus on honing their skills and/or getting their bodies into great shape. Both guys could stand to get a bit stronger and the rest they will be getting could play a huge part on how durable they will be next season. The last time Manu Ginobili didn't suit up for Argentina, he played 80 games, started 79 of those and logged a career high in total minutes. Oh, and he was 33 at the time so it's not like he was so much younger then. I'm not banking on Manu having as great a season as he had in 2010/11, but the upside is that the Spurs won't need him to. They just need him to be healthy and focused. Manu will never be Young Manu again, but this summer he has the chance to get ready to be the best possible version of Older Current Manu.

Tiago on the other hand, has a lot of room to improve, especially in the post. Last season's 0.83 points per possession, in a decent amount of attempts, had him ranked 77th in the league, so he could definitely improve his counter moves and finishing ability with those weird jump hooks of his. Strengthening his lower body would also help tremendously when backing other guys down. Defense will always be Splitter's calling card but at 28, this might be the perfect moment for Tiago to sharpen up a couple of go-to moves. Splitter has been playing professionally since he was 15 and has always been a hard worker, so I'm not worried about his work ethic. I expect him to relish this opportunity to take the summer off from competing and use it to develop his game further and come back a better player.

Getting a veteran point guard to run things when Tony rests would have made some sense, but the Spurs didn't seem interested in doing that. That means they are likely confident one of Patty Mills, Cory Joseph and Nando De Colo can man the spot.

I've been wrong before, but I think Mills has been in the league for a while now and has some pretty established strengths and weaknesses. He can provide instant offense but he is neither a steady floor general nor a creative playmaker, which is likely what the Spurs want out of a PG to ease Manu's playmaking duties.

But both Joseph and De Colo might become viable options with some reasonable improvement. Nando is 26 already but he has only been in the league for a year. Look at the numbers from De Colo and Dragic on their first year in the league. They are eerily similar but De Colo's are slightly better in some key areas, likely due to his maturity. Now, De Colo definitely has less potential than Dragic, so I'm not suggesting their career trajectories will match. But Dragic, just like De Colo, had a hard time adjusting to his role in limited minutes behind a star point guard. If De Colo can make a jump in production similar to the one Dragic experienced in his second season, he would make a perfect back up PG.

Joseph is entering his third season, the one where most players sink or swim. He showed poise at the end of last season but seemed a little overmatched at times in the playoffs. So far this off-season, Joseph has looked great in Summer League and seems to be adding a more polished offensive game to go with the defensive awareness and leadership potential that earned him a spot in the rotation last season. He won't likely become a starting caliber point guard for some time if ever, but he could play a role as early as next season off the bench. I have more faith in this happening than De Colo making a Dragic-like jump, but if both happen, a perceived weakness could turn into a strength. Of course if nothing else works, veteran PGs are always available once the season is underway.

The success of the Spurs' season doesn't hinge in any of those situations. How healthy Tim Duncan is, whether or not Tony Parker can maintain his level and how big of a leap Kawhi Leonard makes are exponentially more important questions the Spurs wait to see answered. Health, as always, is the Spurs real concern and the stars' age is their main weakness. But at least the smaller problems don't seem to be particularly concerning at this point. So let's enjoy Summer League for now and look forward to another season of continued health.