The most heroic players. The most acclaimed franchise. The most ambitious playoff run.

The genesis of this project can be traced back to a May 2010 epic playoff preview. The images in that preview left such a lasting impression on me, that several ideas started bouncing around in my head because of it.

Three years zipped by and all the while my muse has screamed at me to get this idea off the ground. It wouldn't leave me alone. Pushing a few pixels around photoshop just wasn't going to cut it. With everything that had happened to me outside Spurs fandom, I couldn't figure out how or when I'd be able to tackle this. I didn't think something like this would ever take shape. 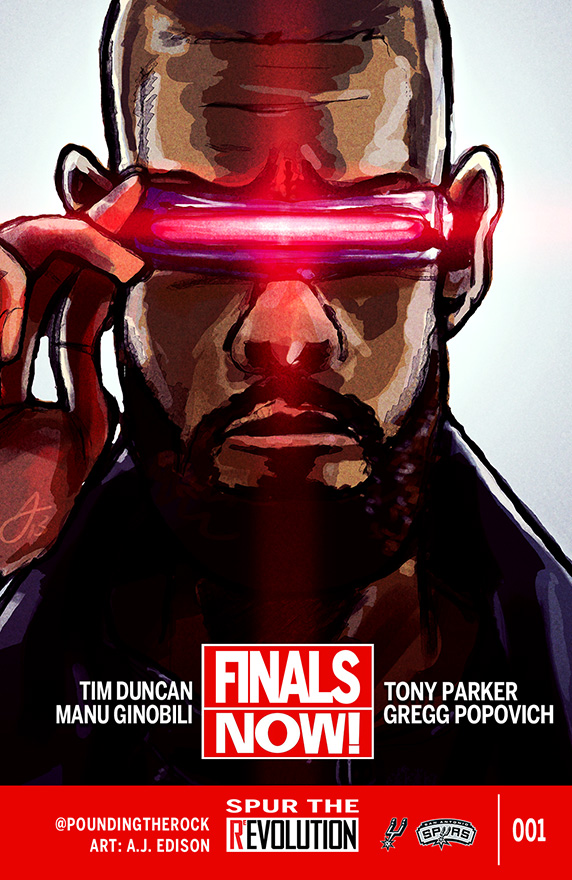 The stoic mutant leader of the Spurs always has his 'eye' on the championship prize.

Issue #2: Battle for the Crown 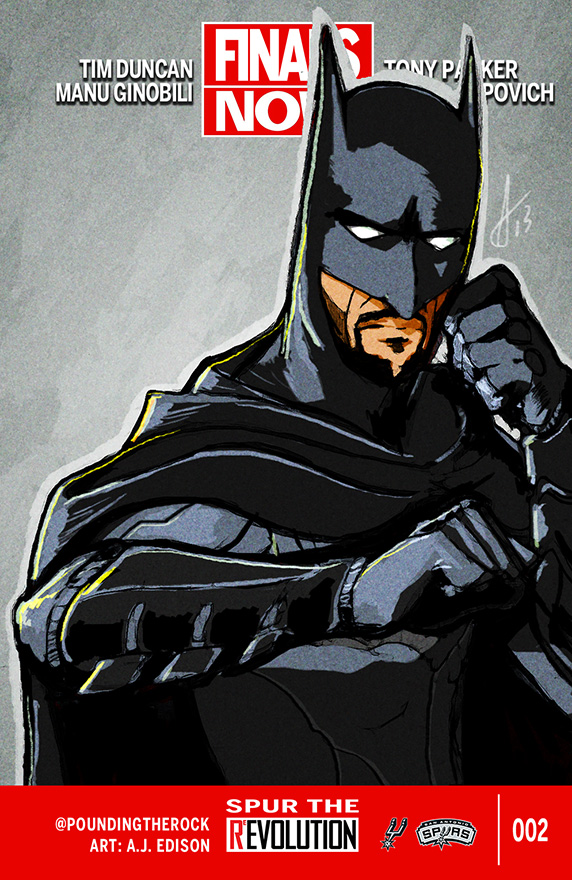 The Dark Knight Ginobili. He's the hero San Antonio deserves and the one it needs right now.

That was fun. I haven't been this excited about a project in a long time. It's been an exhausting week, but that's a good because I needed to 'tone up' anyway. It's just a relief to finally get the ball rolling. Thanks for reading, £ers. Hope you enjoyed part one and look forward to the rest. GSG!