Spur Wars - Round IV: Return of the Finals

The playoffs are upon us: which means that the staff of Pounding the Rock, in the spirit of the very first Epic Preview, continues the Spur Wars by photoshopping players onto the bodies of famous fictional characters, letting the Bantha chips fall where they may. The first round's hope was successful, and the second round's return strike was avoided, the third round's Empire-assisted Grizzly-attack was stymied, which brings us to the last installment of our story. May Lucas (and the big anthropomorphic mouse) have mercy on our Spurs.

Share All sharing options for: Spur Wars - Round IV: Return of the Finals

The rebel Spurs, having already defeated the Lake Star, outmaneuvered the Imperial Jumpshooters at Gold City, and annihilated the behemoth at JabBo's Palace, now face their biggest challenge in the recently constructed (and most expensive) Heat Star. Emperor Palpastern hopes his latest weapon will bring about the final destruction of his most hated nemesis, the Small Market Alliance... 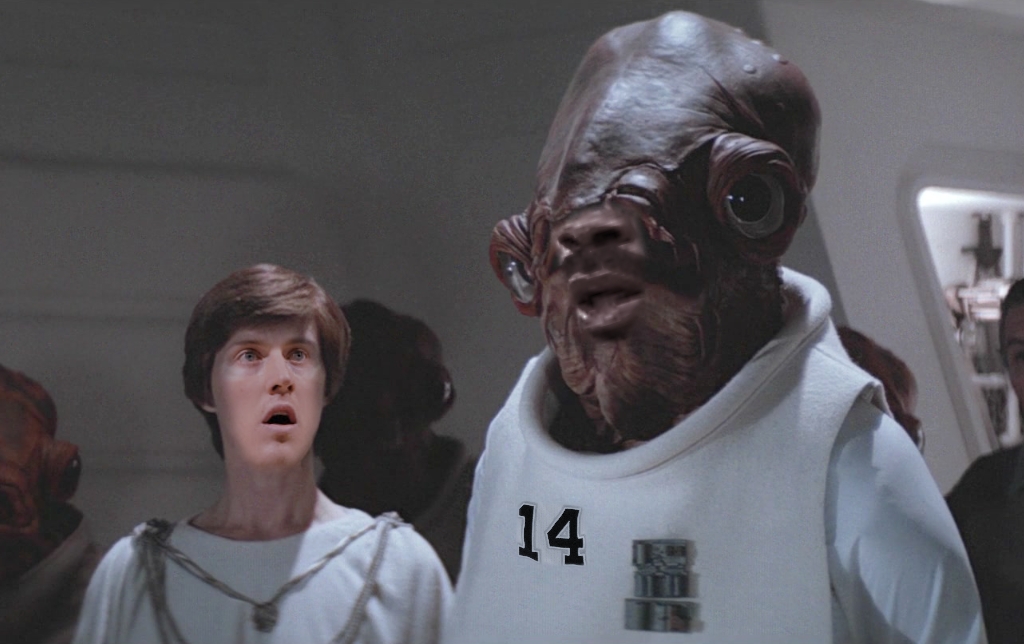 The Playbook for the new weapon has fallen into the rebels' hands. Tony SkyParker rejoins the rebels, as Mon Baynma reveals the audacious plan. Admiral Gackbar explains the two-pronged assault: the rebel fleet, led by Lando McGradian, will attack the Heat Star and a strike team, led by Manu Solo, will travel to the moon of Florindor and deactivate the shield protecting the colluded Heat Star.

The strike team lands on Florindor only to be discovered by the hot-headed, excessively tattooed Sebirdman and the bounty hunter Rango Fett. A fast break ensues, with Princess Tia and Tony chasing the fighters through the forest. 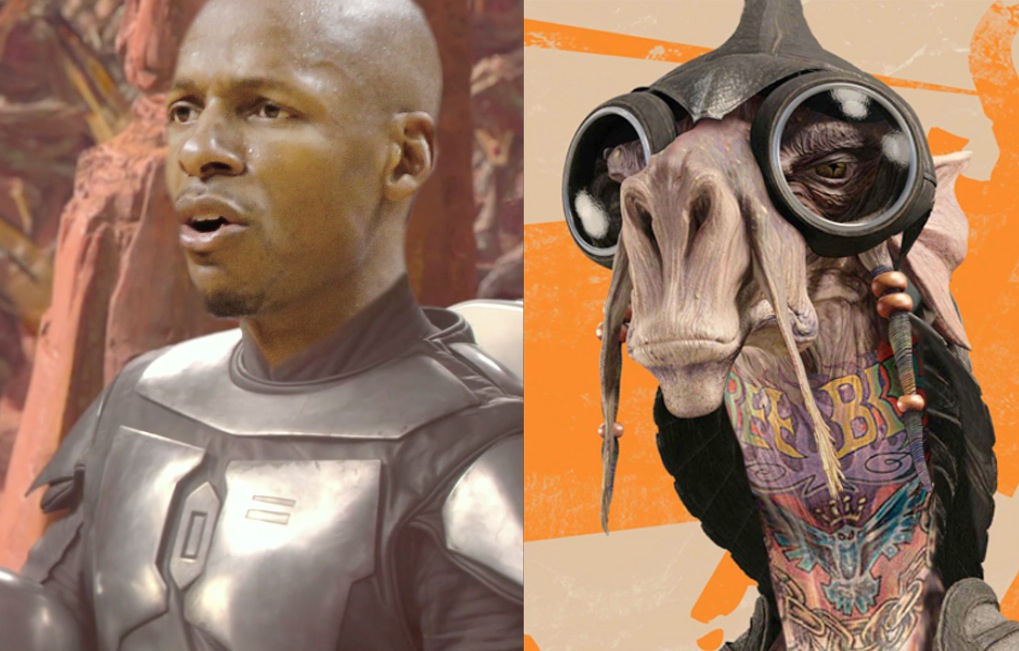 Rango attempts to strike at Tony from long range, but his speeder shows its age and falls apart. Meanwhile, Sebirdman loops back around and flagrantly knocks Tia off her speeder. She falls unconscious, only to be found by the excitable Wicket, who rescues the princess by knocking out the mohawked jumper with his energetic towel waving. 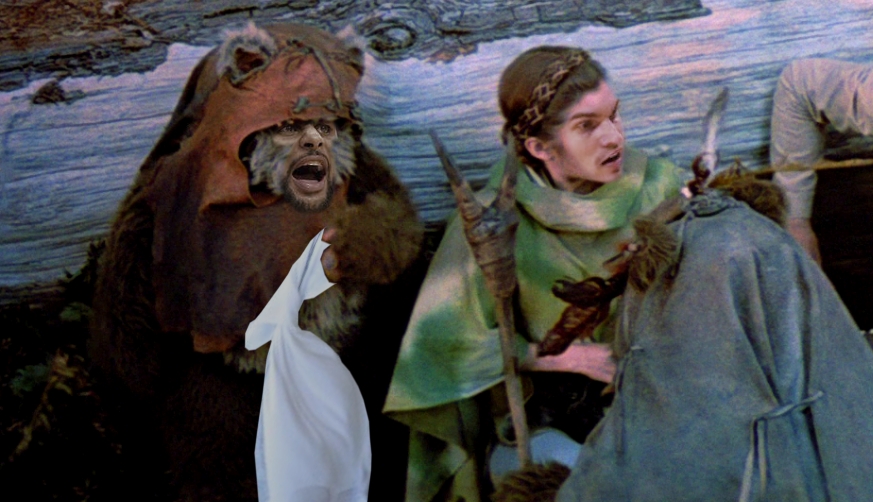 When Tony, Manu, Diawbacca and the droids are captured, all the towel-waving natives are startled upon seeing C3-Kleo and proclaim him a (basketball) god. His companions are taken prisoner, with Manu set to be the main course at dinner! SkyParker uses The Zone to elevate C3-Kleo and show off his "great defense". Wicket and his friends grant the team honorary status in the Game Day Bala tribe and join the fight against the forces of The League. But Tony SkyParker decides now is the time to leave Florindor and face the cyborg General Jamesievous and Emperor Palpastern. 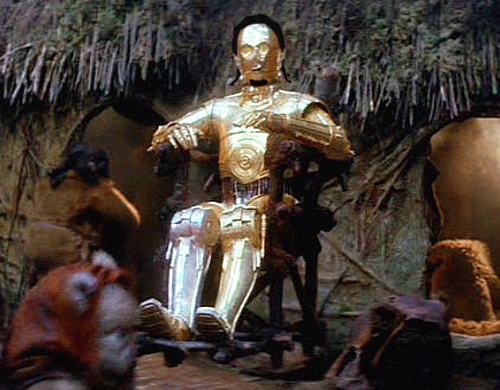 In the Millennium Coyote, General McGradian leads the Rebels in the attack on the Heat Star, not knowing that the shield is still intact. At the last moment, Admiral Gackbar remarkably senses a trap and commands the fleet to break off the assault. Lando, along with Bonn Nunb, begs the commander to give Solo more time to bring down the shield.

Solo's strike team is captured by Imperial forces, but a surprise long-range attack by Wicket and his Balas free the Spur rebels for an assault. Manu, Tia and the droids are pinned down by enemy fire, desperately trying to break into the bunker to bring down the shield. 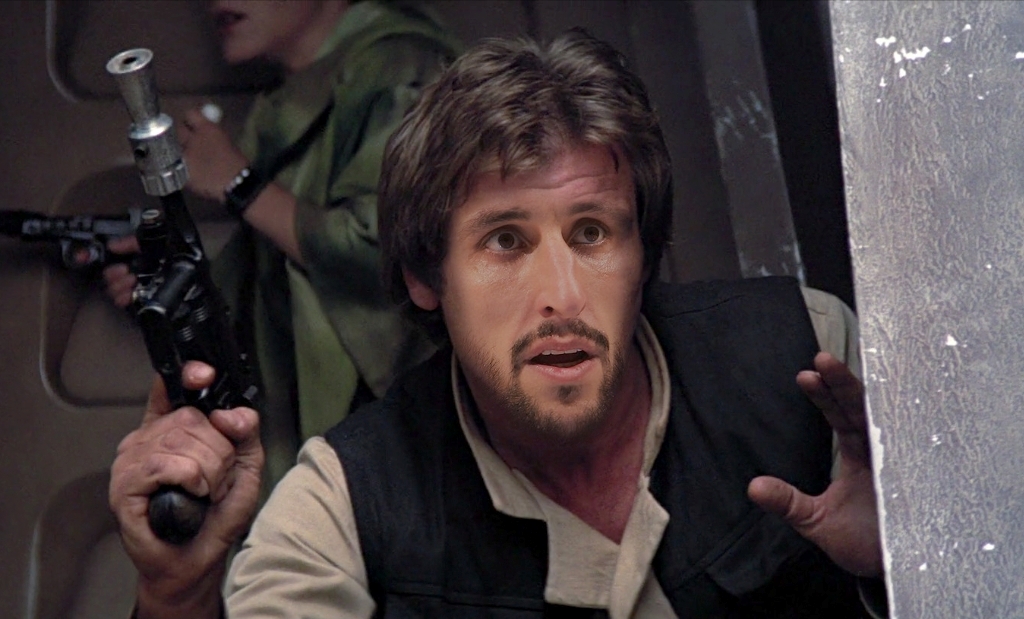 Inside the bunker, the cerebral Count Battiku and his assistant Spotto, a mechanic and slave-trader, direct the Imperial Jumpshooters to open the blast doors, unaware that Diawbacca has taken over the artillery. Battiku is thus forced to give up his superior defensive position.

Once they have breached the bunker (with the help of trusty droid D2-B2), Manu Solo and his strike team smash the controls for the shield protecting the battle station. They discover JarJar Bosh hiding in the shadows of the machinery, but the annoying alien proves to be only a minor obstacle, easily pushed out of the way by the baguette-loving Diawbacca. 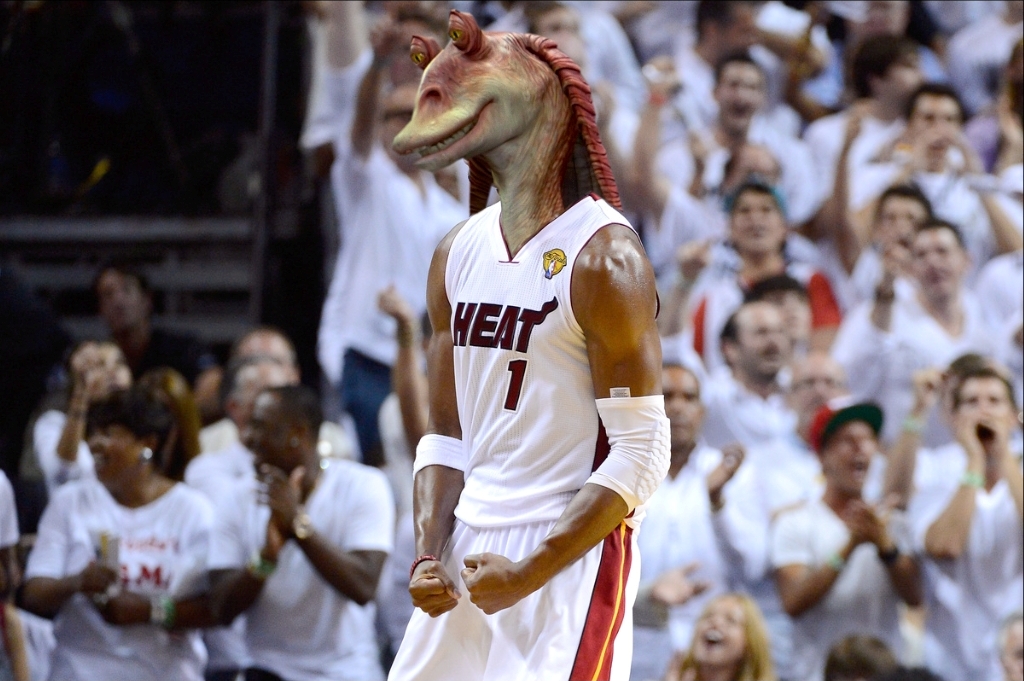 Meanwhile, the Emperor tempts SkyParker to give in and join the dark side of The Zone. Palpastern entreats Angry Tony to replace the old MVP, but the poing guard refuses and declares himself a Spur Knight forever. 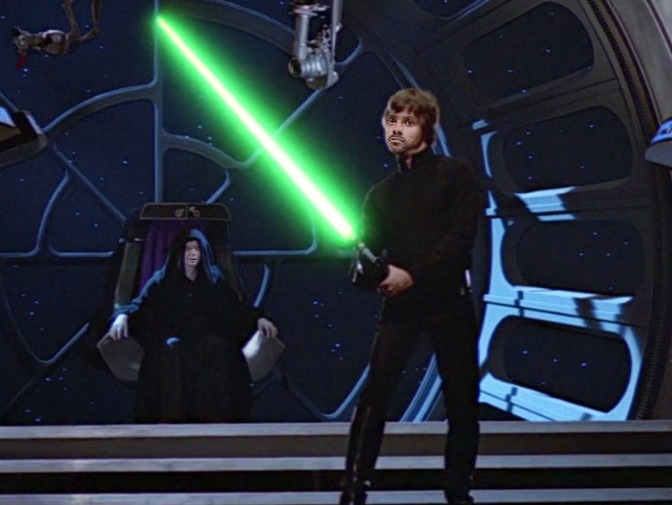 Suddenly Darth Wade appears, flashing his light saber to distract Tony from Palpastern. The Dark Lord tries to bowl over SkyParker, but the Spur Knight spins past the dark lord and defeats the hooded Sith by striking his weakened knees. 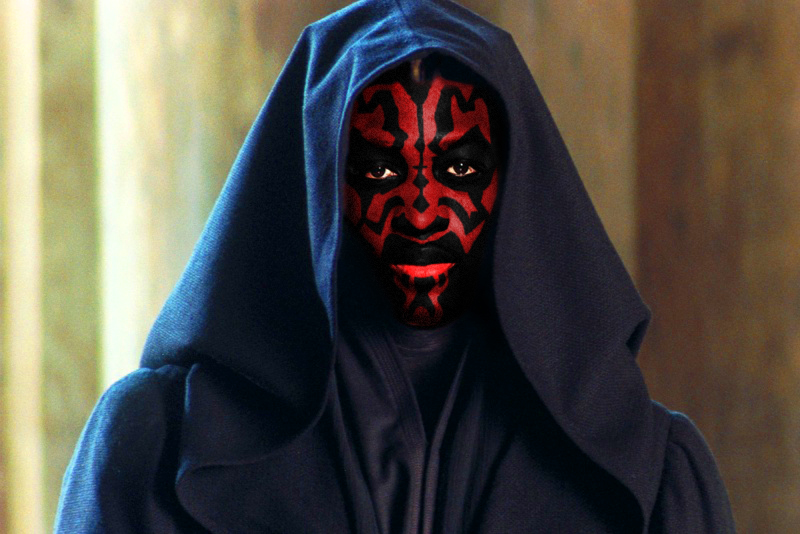 Suddenly, the hulking General Jamesievous joins the fray, threatening to turn the Spur Knights to the dark side of The Zone. Angered, but still holding himself back from the dark side, Tony attacks the monstrous cyborg. SkyParker's quick crossover severs the General's hand. 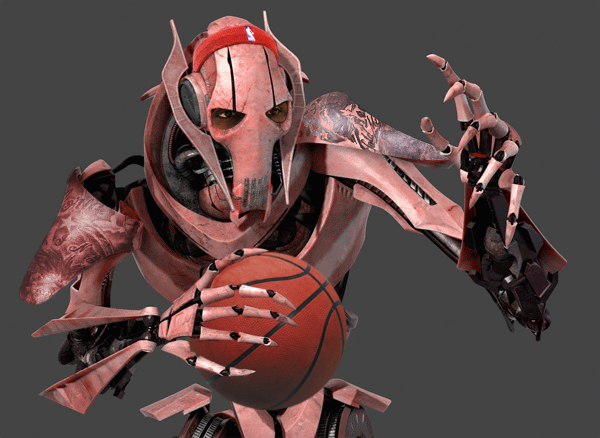 The Emperor's anger knows no bounds. He finally attacks SkyParker with his "expert" lightning. Tony withstands the assault, eventually picking himself up off the court. The Wee Frenchman weaves his way through the bolts, using his speed to throw Palpastern off-balance and send the villain careening into the abyss. 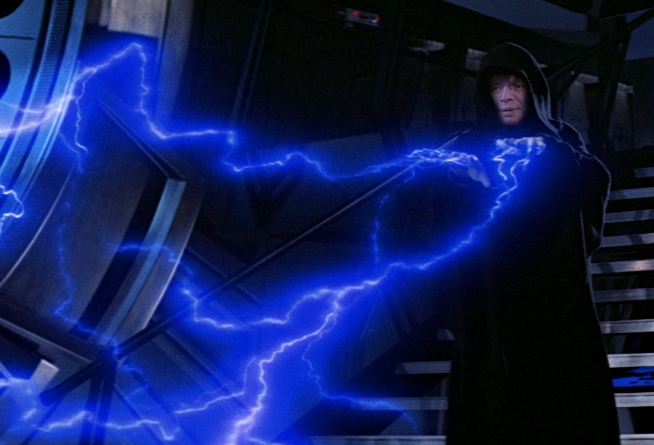 While Tony and the Emperor are battling, the Rebel fleet again attacks the Heat Star. Wedge Greentilles and Cor Josephca lead the offensive. With the shield destroyed, the pilots harness their long-distance accuracy and target the weakness of the Heat Star, destroying the battle station from within.

Tony escapes from the exploding Heat Star and reunites with his team. He sees the spirits of Obi-Tim and YodaPop watching the celebration of the Small Market Alliance victory. SkyParker joins his friends, toasting the Spur Knight victory (with an A to Z cabernet). 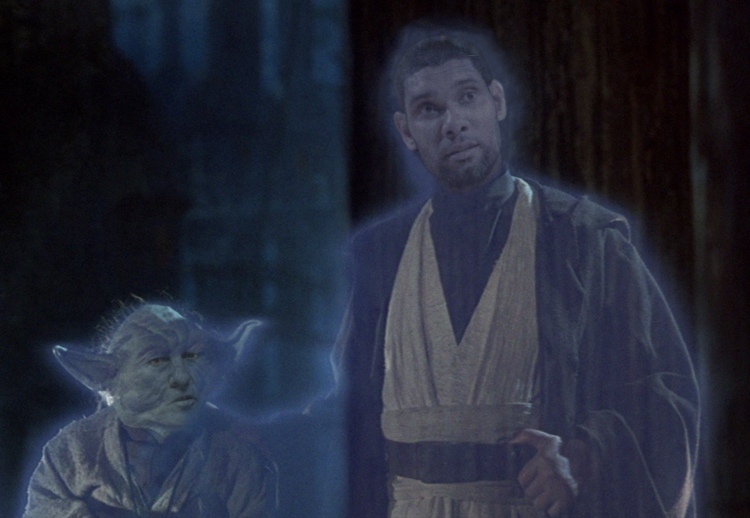 Story - CapHill (Why must you ruin my childhood memories, George Lucas? Why?!? )