The five stages of grief

There have been a lot of posts on PtR recently dealing with pain and recovery, but there's just one more to serve as an example for any fans who are still struggling to get through any of these stages.

Share All sharing options for: The five stages of grief

Thanks to everybody that recommended and commented on my previous post. It was really entertaining to hear all the stories that all of you shared, especially in a time of great despair.

Speaking of great despair, how is everybody doing? Good? Not so good? Still feels like you want to crack open some skulls? That’s perfectly alright; don’t rush it if it doesn’t feel quite right. Just don’t bash in someone’s head, most countries consider that a felony or at the very least, rude. Fred Silva wrote an interesting piece, Exploring Bill Simmons’ "Levels of Losing", and while many people might not have the same level of losing, we all still have one thing in common -- heartbreak. It was like a jackknife through the chest the way everything went down and I’m sure any true fan can relate. I don’t how it went down where you live, but where I’m from, it sucked. Big time. I mean, detractors didn’t just pour salt to the wound, they shoved thumbtacks and doused it with lime. If it weren’t for a supportive girlfriend and turning a blind eye to any and all NBA-related articles, I would’ve just lost it. Well, maybe not completely but still, I wouldn’t be in a right frame of mind. Ethically speaking.

For my first piece, I decided to write about things on the homefront. This time around, in the spirit of globalization, I want to post about something Elisabeth Kübler-Ross introduced years ago: a model that outlined the stages a person goes through when suffering from a loss. Sure, what we collectively suffered isn’t equivalent to death (even though LatinD gave an elegy) it still can be difficult to deal with nonetheless. I wrote my reaction to the outcome of the season at each stage, as I progressed through them. 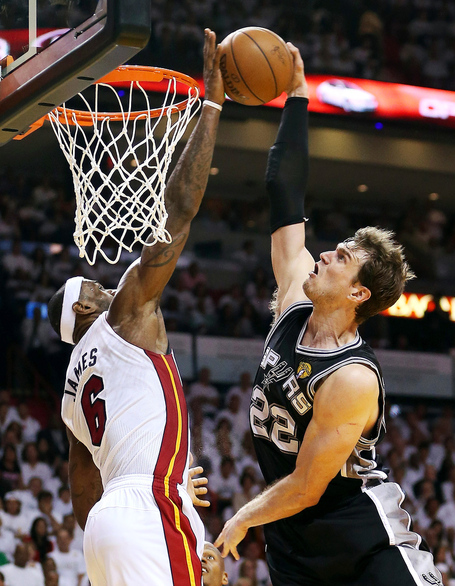 My phone keeps on blinking, notifications of messages from every imaginable network. Oh if only IFTTT could automate a "Thanks, man" reply for every consoling or encouraging message while filtering out bragging messages. Why did my mother suddenly appear when the Heat led by 6? Was it some kind of omen that the Spurs wouldn’t be able to recover? I just wish she would leave the room for a bit so I can be alone.

What? Oh, it’s over? I thought there was still time on the clock. It can't be over. There has to be another game? So they didn’t call that a foul? I was sure there was a stoppage. So that was it? Game over. NO WAY. There has to be an appeal. It can't end like this. The Spurs are supposed to win. I demand the Finals be extended to a best of eleven series immediately! 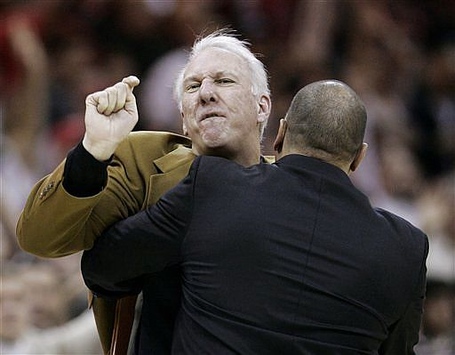 Stupid Miami!! Of all the teams to lose to, why them? The standard bearer for all things excessive!!!! I can’t believe it! Oh and these "Heat fans," they feel so high and mighty now! Where were you when, the Heat only qon 15 games, huh? Where were you when LeBron was nightly tossing chalk up into the air in Ohio? Where?!

And reading all these messages from my friends only makes me more furious:

haters, tanggap tanggap din pag may time. (TRANSLATION: "haters, deal with the fact that we won, when you have time.) just stop the hatin and start appreciatin. you know what I'm sayin? HAHAHA.

No, I don’t know what you’re "sayin." Just because your team won doesn't mean that I'm going to start singing their praises. Would you have written an ode to the Spurs if Miami hadn't gotten so lucky at the end of game 6?

Are you a Heat (fan)? Because you’re full of it! 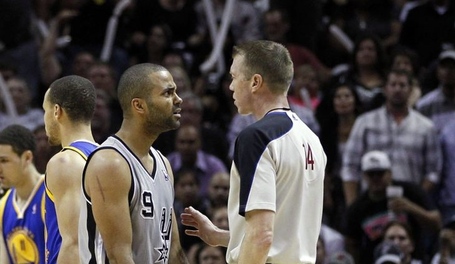 This isn’t over. I'd give a year off my life for each of the Big Three to have one more excellent year left in them. I mean, look at the teams that bowed out: the Lakers (a.k.a. Miami Heat: West), the Warriors (up and coming team following the Thunder model), the Thunder (undoubtedly the most gifted Western team this season that seemed to crumble in the absence of Westbrook), the Grizzlies (a team that’s more or less in their prime) and the Pacers (Warrior-young, Grizzly-gritty). Those are all great teams, with amazing depth, and the Spurs managed to outlast them all. Please let the Spurs not be way past their prime. Let there be some way that Timmeh didn’t simply drink from the fountain of youth, but could be practically sweating it! 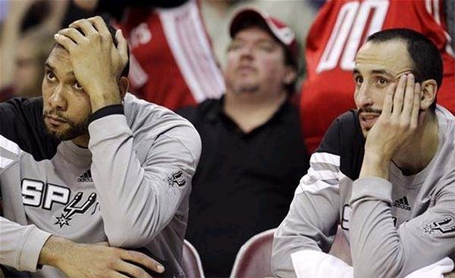 My sleep pattern is out of whack and my appetite isn’t any better. I have that feeling that I want to go home, even though I am at home. I want to sleep all day and forget this season ever happened. I just want to forget that I ever became a fan of the Spurs. 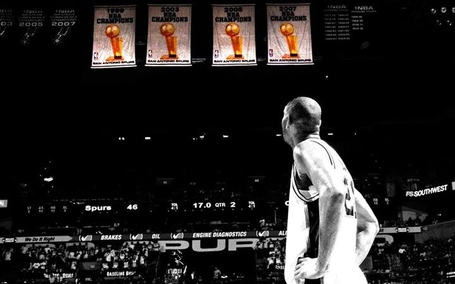 It is indeed a bitter pill to swallow but we just have to accept that that elusive 5th championship is still yet to be realized. I think it was especially hard to stomach that Timmy got defeated for the first time in the Finals. It could’ve been worse, they could’ve raised their trophy on our home floor. So, maybe we could take a little comfort in that. There’s no sense in mulling over what-could-have-beens, no reason to indulge in conspiracy theories.

We lost, it’s hard, it’s reality. Life is hard, why should the feeling about the outcome of the Finals be any easier? Manu said it best when he shared his two cents. If Manu could get over the hump why can’t we? As they say here in the Philippines, "bilog ang mundo." The earth is round, sometimes we’re at the top, other times we’re at the bottom that’s just the way life goes.

What these Heat "fans" just don’t get is that the loss wasn’t just a loss to us. If fates were reversed and their "beloved" Heat fall, they would just accept defeat and move on. Just like that. I mean, they would whimper a little bit, praise LeBron and maybe Wade, blame Bosh, and then move on. No sleepless nights, no lost appetite, nothing. They just get to have their egos bruised a bit whenever they get called out for the Heat blowing their chance for a back-to-back championship and that’s it. "It’s just a game," that’s all they’ll ever say.

They’re not all bad. 1 in 20 Heat fans took the time to commend the Spurs on an amazing series, I just couldn’t bring myself to personally congratulate them on their win at the time. In my mind, these people are the true fans of the Heat, or at least of LeBron.

The Spurs will have a solid year next season, no doubt about it. It’s an even year, so there’s no telling how it’s going to go down. If there’s one thing we can count on, it’s that the Spurs are going to improve, or at least not wither away to obscurity.

This sure was cathartic for me. I do feel better. If any of you Spurs fans went through these stages; know that you are not alone. Take your time to let the wounds heal and everyone in the Spurs family is going to be waiting on the other side. Some, like me, experience this for days while others experience everything in the final seconds of Game 7. Heck, some might have still be stuck in denial. Post your comments recounting your own experiences and where you are right now. There is no embarrassing experience, only experience.

I don’t know about you guys, but what’s going to echo in my ear until the next season begins isn’t that ball clanging off the rim, not LeBron’s video message, not the whistle for Manu’s turnover, not even Tim Duncan’s now infamous slapping the court, no. It’s going to be the crowd at AT&T and all over the world collectively chanting "Manu! Manu!" Cheering, "Go Spurs Go!"