A message from a Spurs fan to the GOATPUFF.

Share All sharing options for: An open letter to Tim Duncan

Imagine an alternate universe in which you you signed with the Magic back in 2000. You used to conserve your efforts on offense with brilliant but fundamentally boring moves that maximized your potential on defense. Well no more of that! When you aired your decision to move to Orlando by eating an orange in front of Bryant Gumbel on live TV, Grant Hill set his AOL IM status to "Dunk City, baby".

You were now dunking so flamboyantly that defense was a mere afterthought. And this made the Magic's defense laughable, but who cares? Dunks and highlight reels bring in dollars and they came pouring in. In 2001 Nike made a poster the size of a building across from the Magic's Amway Arena. It was a picture of you with your arms in the air as if you were Jesus Christ himself.

Then came Dunkin Donuts. You were an obvious fit for them. The "Tim Dunkin" commercial aired during Super Bowl XXXVI, and was a massive smash. It had you slamming donuts into giant hoop shaped cups of coffee. Everywhere across America kids were taking donuts and mimicking your trademark spin dunk right into a glass of milk splashing dairy product everywhere and enraging millions of parents...

Alright, I have to stop there. It is just too preposterous to imagine this universe any longer. See, you are great. And the greats in sports are always involved in two simultaneous struggles. The first is against their opponent on the field, and the second is against an adversary off the field. For heroes like Jesse Owens, Jackie Robinson, and Bill Russell that enemy was ignorance. With each sprint, each home run, and each championship they made the ignorant uncomfortable and furthered the fight against institutional racism. Legends like Muhammad Ali fought the world. 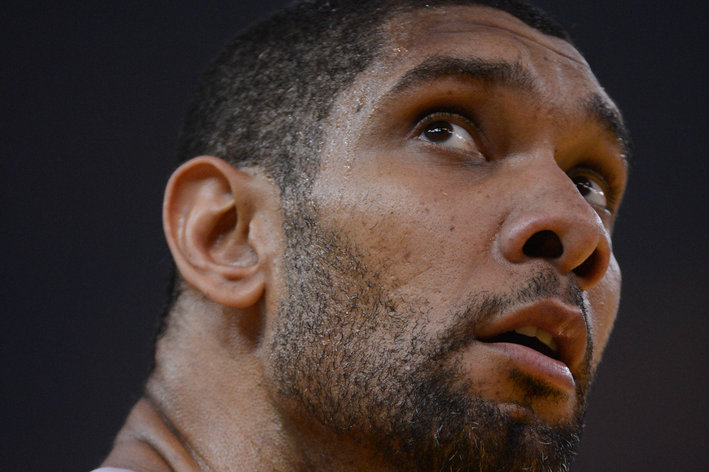 Wrapping up the Spurs' 2013-14 season with pictures, videos, thoughts and feelings from the playoff run and the last two games in Miami.

Then there are the lesser known heroes like the athletes at the Special Olympics. The mere fact they are expressing joy on national television is a slap in the face against the prejudiced. The enemy of today's professional sports is at times obvious and subversive. It is the monetization and over-dramatization of athletics. Some athletes help exacerbate this vile infection, while others choose to fight against it.

You, Tim, are the embodiment of the latter, while LeBron James is a living, breathing Nike commercial.

With each Heat victory the swoosh's bottom line improves. But each time you and your team advance in the playoffs someone in Beaverton screams. They've tried to "sell you", and you went through the motions. But much like when you dunk, you didn't seem all that interested. You basically say, "Buy this stuff if you want to, but I don't really care because I've got to get back on defense." So whether it is by design or accident, you make basketball a less noisy and more beautiful sport.

Your lack of drama isn't just unique, it is inspiring. Your philosophy seems to be "Just shut up and play the game." This can be applied to any occupation. In the workplace, it is infinitely better to not let emotions surface and just do your job the best you can. The best revenge against a rigged system is success, and you have been swimming in success in a system designed for people much, much different from you.

There are all sorts of dizzying statistics that point to your consistent magnificence. But the most impressive statistic is: 1. The number of teams you have unwaveringly played for. Prior to getting swept by you and the Spurs, Nike rolled out a new slogan for LeBron James. "We are Witnesses." Well I think I speak for all Spurs fans when I say "We are Lucky." We are lucky to have seen you play basketball.

The saddest part about this season was not game six, or that the Spurs lost the championship the next game. It was your press conference after game seven. You are someone who rarely shows emotion, and there you were in front of a million viewers visibly disappointed. It affected Spurs fans more than any loss could have. It was Timmy, our beloved GOATPUFF, utterly dismayed. 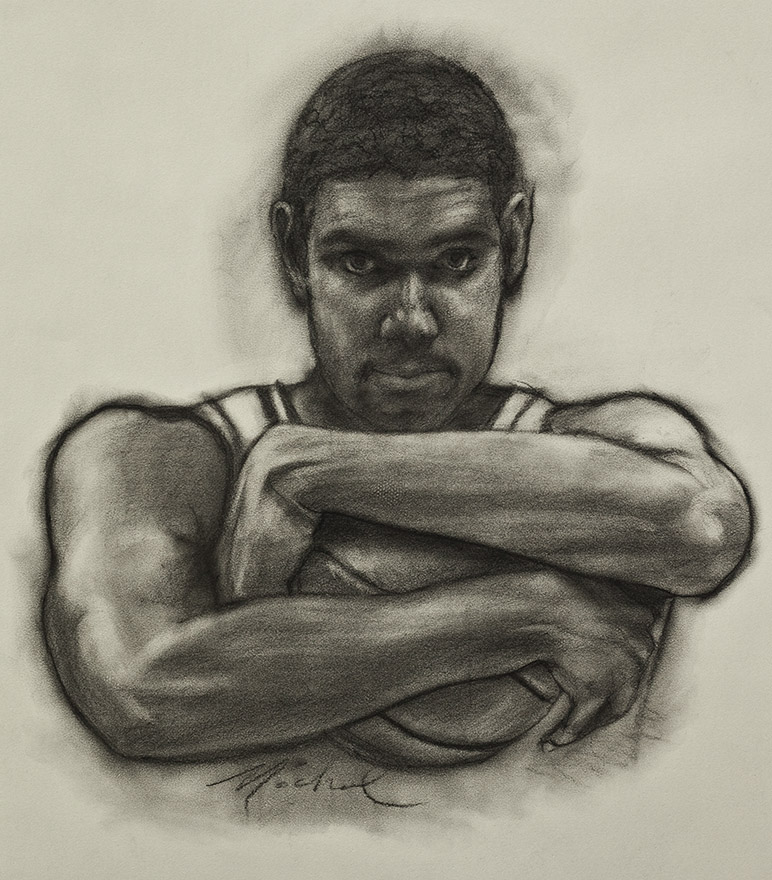