Spurs fail to close it out, will have another chance on Thursday

The Spurs couldn't close the Heat out in their numerous chances and lost 103-100 in overtime. Now they will have to earn the championship on a winner-takes-all game seven.

Share All sharing options for: Spurs fail to close it out, will have another chance on Thursday

That one hurt. Badly. The Spurs wasted so many chances to put the Heat away, not to mention a vintage Duncan performance. I'm still processing what happened so don't be shocked if you see me veer into gloominess from optimism, and back again in the course of a single paragraph. I won't tell you to put this one behind us since we don't need to. We are not players so how we deal with this loss won't affect how they do in game seven. But I'm personally going to try and forget this one as soon as I finish this recap.

The Spurs tried to establish Duncan early on, like they do most games. But it was clear from the start that this was not just another game for Duncan. Timmy scored 12 first quarter points and was the Spurs' first option, with Four Downs called early and often, just like the old days. With Ginobili reverting back to less than stellar form and Parker focusing on distributing, Leonard provided the secondary scoring with eight points on only four shots. But with a surprising scoring outburst by Mario Chalmers and some balanced scoring from the starting lineup, the Heat finished the first up two, 27-25. 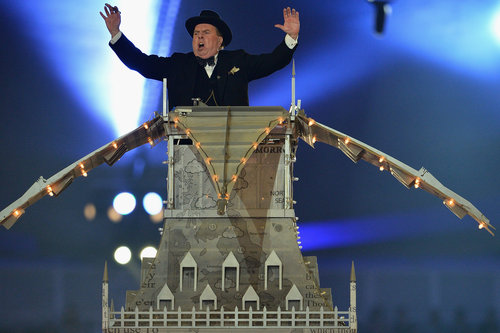 So the Spurs lost a game they had in hand. So one more free throw here, one more rebound there, would have iced it. So there were questionable decisions by players, coaches and refs. So San Antonio is on the road for Game 7. So what? There's one more game to play. The Spurs are not giving up, and I don't plan to either.

The Spurs' offense started the second quarter sloppy, with Manu Ginobili rushing shots and passes. That played right into the Heat's strengths. Fortunately, Manu's four turnovers only resulted in three points for the Heat. Miami took a small lead and held it for most of the quarter despite Boris Diaw doing a phenomenal job on Lebron James for the second game in a row. After that slow start by the Spurs, things returned to the way they were in the first quarter. Duncan kept providing steady scoring and the Heat's offense relied on contributions by the role players. But San Antonio‘s defense kept tightening up and the Spurs went on a 11-0 run to finish the half. Going into the break the lead was 50-44, Spurs.

Dwyane Wade didn't start the second half but he checked in soon into the third quarter. Once again, the Heat had balanced scoring while the Spurs seemed to depend on one of their stars to put points on the board. Parker did score nine points but it took him nine shots to get there. Slowly but surely, however, the Spurs built their lead until it reached 12 after a Neal floater with a minute to go in the third.

The Heat quickly cut the deficit down to five in the fourth quarter. Splitter scored two buckets to stop the bleeding but the Heat were not conceding. With Duncan exhausted, James took over with 16 fourth quarter points. That was enough for Miami to score 30 for the quarter and erase the Spurs' lead. The Spurs' offense ran out of gas and the good guys simply hoped the effort from earlier would be enough to win. But the Heat took the lead with 6:03 to go and kept it until Parker tied it with a wild three pointer with the clock running out.

The Spurs regained the momentum and with another Parker jumper seemed well on their way to the title. Ginobili hit a couple of free throws with 37,2 to go after a Heat turnover but missed one of two the next time around. James took a three, missed but then hit one after Miller secured the offensive board. The Spurs were still leading by two and had the ball. The inbound went to Leonard and he was fouled. Kawhi missed one of his two free throws, opening the door for the Heat. After a missed James three, Chris Bosh pulled down the board and found Allen in the corner. The Spurs closed out well but the best three point shooter in NBA history let it fly and tied it to force overtime.

It seemed unlikely for the Spurs to pull this one out in overtime after their stars had spent so much time on the court and the exhaustion was readily apparent. A completely gassed Parker couldn't get going at all, missing all four of his shots and one out of two free throws. But the Spurs have one budding star that is 21 and it was Kawhi Leonardwho kept them alive with four points. Unfortunately, the Heat just had answers on this one and with game hero Ray Allen scoring four on his own, doubled the Spurs' output in the frame. Game seven it is.

Alright guys, let's get ready for game seven. We should all remember that fans of every other team would kill to be in our position. The Spurs can absolutely beat the Heat in Miami, even after having their older players on the court for extended minutes. So let's keep the faith and hope for a better performance and some lucky bounces.