Who is the real LeBron Stopper?

Somebody finally found a way to stop LeBron James and the Heat. And it's not who you think.

Share All sharing options for: Who is the real LeBron Stopper?

Turns out Dwyane Wade is the most important player in the finals this year. Sure, basically all you hear about is LeBron James for the Heat. And no, you don't see Wade dominating the game or running up gaudy box scores. He is not playing well offensively, and his defense is worse - although it doesn't show in the box score. His team is currently down 1-2 and has lost home court advantage. Wade is being outperformed by BENCH players at this point. But I believe he is having more impact on the outcomes of games than any other player, coach, GM or ref. Let me explain.

Of course there is his on-court performance. Who is he guarding most of the time? Danny Green. Who is the leading scorer in the NBA finals? See previous answer. Inconceivable. He also puts in time on Gary Neal. Hmm. Seems I heard something in the news about Neal lately. Something about Buckets. I heard an interesting statistic today that said that the Heat point differential (how much they score vs how much their opponent scores) per 100 possessions was like 12-14 points higher when Wade was off the court - not just in these Finals, but in the entire playoffs. And many would argue that he is playing worse now than he was a few weeks ago. That is huge. Dwyane is absolutely KILLING the Heat on the court.

Wade has single-handedly killed all of the joy, unity, harmony, and accompanying synergy that the Heat had.

But worse, I think Wade has single-handedly killed all of the joy, unity, harmony, and accompanying synergy that the Heat had. And on a separate, but related, note, he has completely destroyed LeBron James. The LeBron James that we're seeing on the court is not a result of expert defense by Kawhi and others; it is not because of a grand master defensive scheme, although both have been good. The best basketball player in the world was wandering around on the court during Game 3 as if he didn't know what to do - because he didn't. Oh, he knows how to play the game. He even could figure out how to work against the defense that he is seeing. It's worse than that. It's a mental/emotional/social thing. No, the lights aren't too bright for him. No, he isn't a choke artist. No, he doesn't lack heart, or drive, or energy, or urgency, or a sense of the moment. What he lacks is confidence - not in his shot, or his game or his abilities, but in what he SHOULD do on the court. Let me explain how I think this happened.

It could be argued that Wade IS the Miami Heat. He IS the franchise player in Miami, and has been for around a decade, or "forever" in modern day basketball terms. They built everything around him. Wade OWNS Miami. Bosh and James are mercenaries - hired guns. The big 3 was born. Or the "new big 3" was born. But as time went on, the story became less and less about the big 3, and more and more about LeBron and Wade. And then, more and more about LeBron. Wade was an afterthought. Wade doesn't like being an afterthought. It's WADE's team! He gets to be announced LAST before each home game, the place of honor. LeBron is just the contractor. It's not his team. Yet he is the one racking up awards and acclaim. How dare he and everybody else steal Wade's thunder, Wade's spotlight, act like it is all about LeBron, act like it is LeBron's team? Wade has an ego rivaling any other in the NBA. So, you can imagine a growing resentment the last couple of years, but especially this year. But the Heat were winning, until recently, and winning covers up a lot of problems. With LeBron putting up gaudy MVP stats, and the role players playing pretty well, losses in the playoffs had to be blamed on someone. Bosh and Wade are getting paid $17M per year - the same as LeBron. Fair or not, criticism has rained down on Wade, and it hasn't been gentle or kind. Wade has lashed out in kind - and most of his criticism has been leveled at LeBron.

LeBron seems to be a nice enough guy. There are some people out there that do what they think is right regardless of what the world thinks. They don't seem to need need affirmation like the rest of us. Michael Jordan is one of those guys. Michael Jordan didn't care if he was liked or a villain, didn't care who he pissed off, or what SportsCenter said, or about legacy, or whatever. He cared about winning. He was a remorseless, consciousless killer. He had an idea of what he thought he had to do in any particular game, or game situation, and he went out and tried his best to do it. LeBron is not one of those guys. And it is ok to not be one of those guys. Most of the time, I'm not one of those guys. If you guys criticized everything I wrote, I wouldn't write. So you see, LeBron is just like me, both strong, yet sensitive guys, although one of us is one of the greatest athletes in the world and the other has broken a toe exiting the shower - twice. LeBron needs affirmation. LeBron wants support. LeBron doesn't want to be a villain. LeBron wants to be liked. LeBron wants to be liked by you and me, but especially by his teammates. He wants their affirmation and support. LeBron doesn't want them to think he is a ball hog, or a free lancer, or a glory seeker. And yet, Wade has come out and accused him of all of that. Team chemistry has been blown to a very hot place (Phoenix, probably). LeBron's confidence has been shot to pieces. James was carrying this team on his shoulder, and doing an amazing job. This team was historic - and Wade basically discredited all of that. Imagine if Duncan did that to Parker. Or if Robinson had done that to Duncan. Of if your parent had done that to you. Or maybe you don't have to imagine. 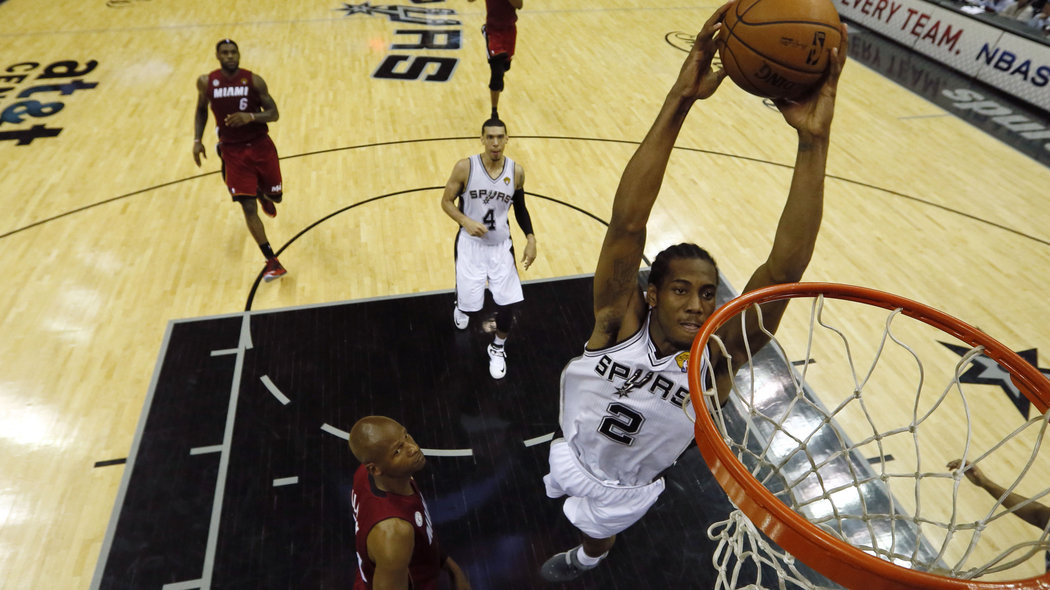 Can the Spurs repeat a masterful Game 3 performance?

LeBron is lost. He doesn't know which way is up. He busted his butt in Game 1, doing everything he could BUT score. He was flying around on defense, sucking up every board, handing out assists. They lost. Enough to satisfy Wade? Enough to get Wade's approval? Nope. James doesn't have a clue what he is supposed to do to satisfy Wade, the elder statesmen of the Heat. On offense, the Spurs are making one thing inviting for him - the outside jump shot. Taking that shot every time it is open would play right into the narrative that he is a ball hog, that he is looking to run up stats, that he is trying to do it on his own. He wants to win, but he wants the team to be behind him. And Wade is not. That's why he looks so confused. He doesn't know what to do to satisfy Wade, to please Wade, to have Wade approve of his play. Because there is only one thing that Dwyane Wade wants, and LeBron can't give it to him.

In my opinion, Wade is not content with winning if he is not getting his touches, and stats, and the acclaim that goes along with them. He doesn't want an "along for the ride" ring. He wants an "I was the star" ring. He wants to play better. He wants to be a great in these finals. Yes, LeBron is LeAwesome. Against a lesser team, LeBron might be able to prop up Wade, to get him a bunch of easy buckets in transition or even a half court set, could tip out rebounds to him, and basically get him a star's stat line. James could beat the other team and play nursemaid to Wade. But against the Spurs, I don't think that is possible.

Wade has killed LeBron's game, and the Heat. Spoelstra could try to take over this situation, but I don't think he knows how to deal with Wade's ego except to appease. Does Spoelstra have enough respect of the stars to tell LeBron what he wants him to do and have it trump Wade's opinions or to sit Wade on the bench without causing a serious revolt? Maybe Pat Riley could. It possible that James and the Heat bounce back. We could see LeBron reborn. This could be a turning point in his career where he takes on a more Jordan-like devil-may-care attitude. Game 3 could have triggered a complete mental makeover and he could say, screw Wade, I'm going to go out and win this game and let the pieces and stats fall where they may. Or Wade could be conciliatory, encouraging LeBron to do better than any other man on the planet can do, and maybe that would be enough for the Heat to win. But we could see dazed and confused LeBron again. We could see "I'm going to be passive because this is Wade's team and I don't want to steal his thunder or earn his disapproval, so I'll follow his lead and wait for him to take over and support him however I can" LeBron (i.e. 2011 Finals). If that happens, Wade should be castigated by the sportswriting community, but that's not likely to happen. So I can't wait for Game 4.