The Spurs rode their role players into victory, now lead 2-1 in the NBA Finals

Who needs the Big Three? The Spurs' role players showed up to play in game three after suffering a blowout loss in Maimi. Leonard, Green and Neal combined for 65 points as the Spurs routed Miami in their first game at home in the Finals.The Heat's big guns were ineffective as well but the difference was only Mike Miller contributed much offensively.

There were a lot of questions looming after the Spurs dropped the second game of the series in Miami. Questions like, had the Heat simply figured out the Spurs? Was Manu Ginobili done? Would the Spurs' role players come through and be a real advantage or fold like last season? This game answered all those questions in a way I'm sure every Spurs fan would find satisfying.

The Spurs started executing better on offense, moving the ball from side to side looking for holes in the defense. They were patient but decisive and had the benefit of a red hot Danny Green turning everything he touched into a three pointer. Ginobili had two early drives to the basket that foreshadowed it was going to be "one of those nights" for the Spurs and the oft maligned Gary Neal provided some much needed scoring punch off the bench. 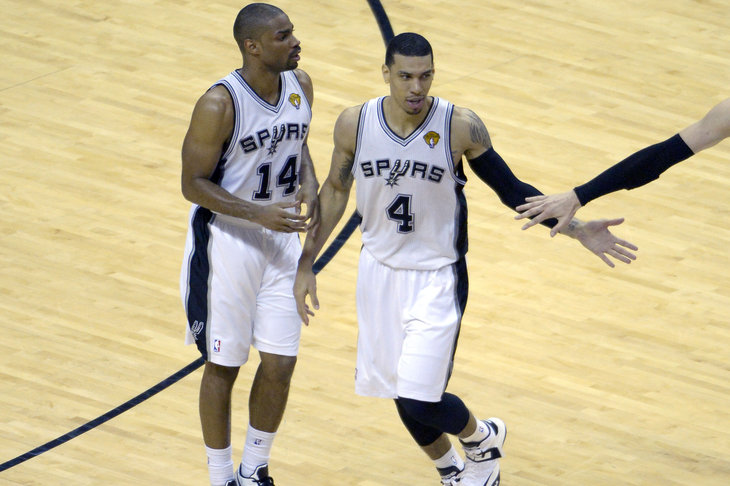 On a record-setting Tuesday night for the Spurs, here's an on-the-scene look at a number of things you didn't see on the broadcast, as well as a guess at just what was behind that epic shooting binge.

Meanwhile, Miami couldn't find consistent offense in the half court. Points off turnovers kept the Heat in it early but when the Spurs started taking better care of the ball, the buckets just weren't there. Green and Leonard gave Wade and James all the space they could have asked for to pull up off the dribble and closed down the paint with the assistance of the rest of the team. Only some Mike Miller three pointers off secondary breaks hurt the Spurs but that clearly wasn't a sustainable strategy.

Then on the third quarter the Spurs run away with through fastbreaks and three pointers, not unlike how the Heat did it in game two. A barrage of points from every spot of the floor followed and when the dust had settle the Spurs led by over 20. After that, it was just a formality.

The Spurs achieved the third largest point differential in a Finals game and with this win they now lead 2-1 and could finish it at home if they win the next two.