Spur Wars - Round I: A New Hope

It's time for the Playoffs, which means that the staff of Pounding the Rock, in the spirit of the very first Epic Preview, gathers its resources, chooses a theme and photoshops players onto the bodies of famous fictional characters, letting the chips fall where they may. This year, in honor of the Spurs' first postseason meeting with the Lakers since 2008, we've chosen Star Wars. May Lucas (and the big anthropomorphic mouse) have mercy on our Spurs.

Share All sharing options for: Spur Wars - Round I: A New Hope

It is a period of civil war. The rebel Spurs, striking from a hidden base deep in Bexaraan, have amassed four championships against the evil Galactic Empire. During the latest battle, rebel players managed to steal secret plans to the Empire's ultimate weapon, the Lake Star, a glitzy space station with enough star power to destroy an entire league. Pursued by the Empire's sinister agents, Princess Tia races home aboard her starship, custodian of the stolen playbook that can save her team and restore freedom to the league... 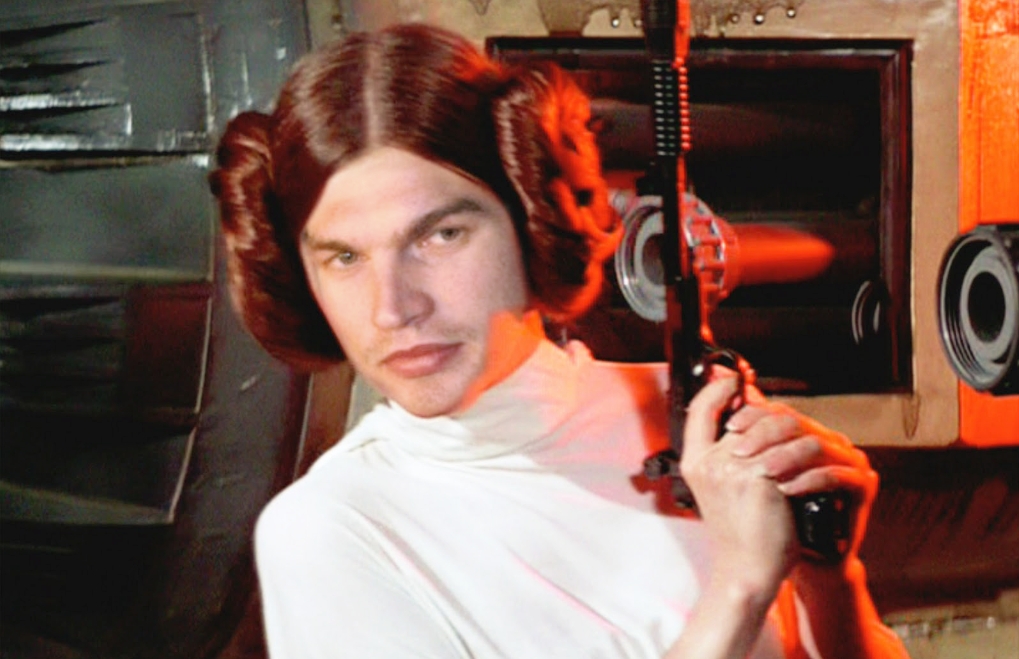 The Galactic Empire under Emperor PalpaStern controls the league with an iron fist. However, small markets resist. With capture imminent by Imperial forces under the command of the evil Darth Bryant, Princess Tia stores the stolen playbook in the memory of the droid D2-B2, along with a message for the recluse Spur Knight, Obi-Tim Duncobi. The barrel-chested droid then flees to the desert planet San Antooine with his fellow droid, C3-Kleo. After landing on the remote planet, the droids are quickly captured by jabbering referees, who sell the duo as equipment managers to local ballplayers, which include the restless youngster, Tony SkyParker. 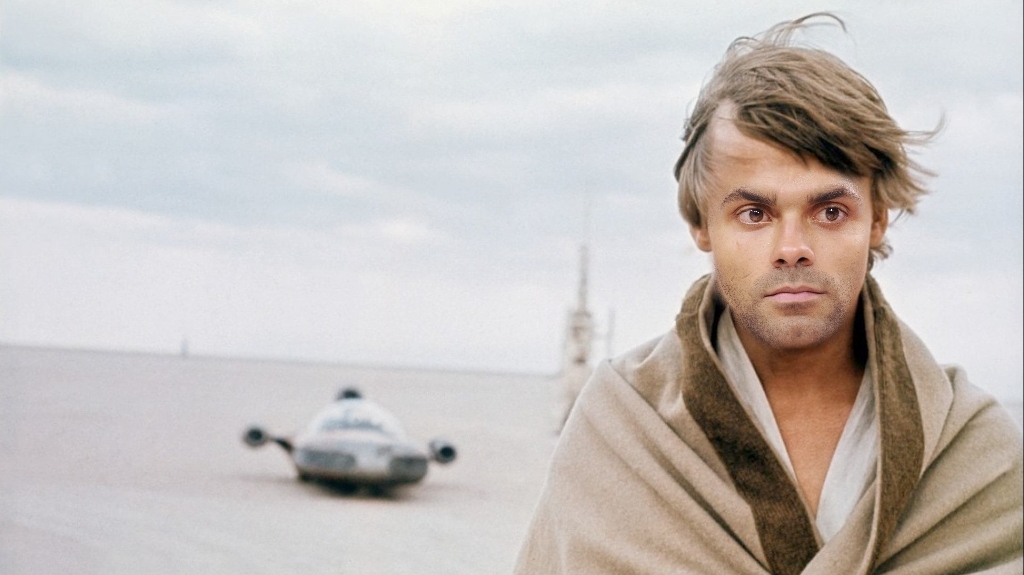 Later that day, while trying to teach D2-B2 the finer points of the floater, Tony accidentally triggers the message from Princess Tia, who implores, "Help me, Obi-Tim Duncobi. You're my only hope." The only Duncobi that Tony knows is the old ballplayer named Tim who lives in a nearby media-blackout cave. The next morning, Tony discovers that D2-B2 has escaped to seek the elusive Obi-Tim. While searching for the mischievous droid, Tony and the emotionless C3-Kleo are attacked by the Mav People. The old Tim Duncobi comes to their defense. 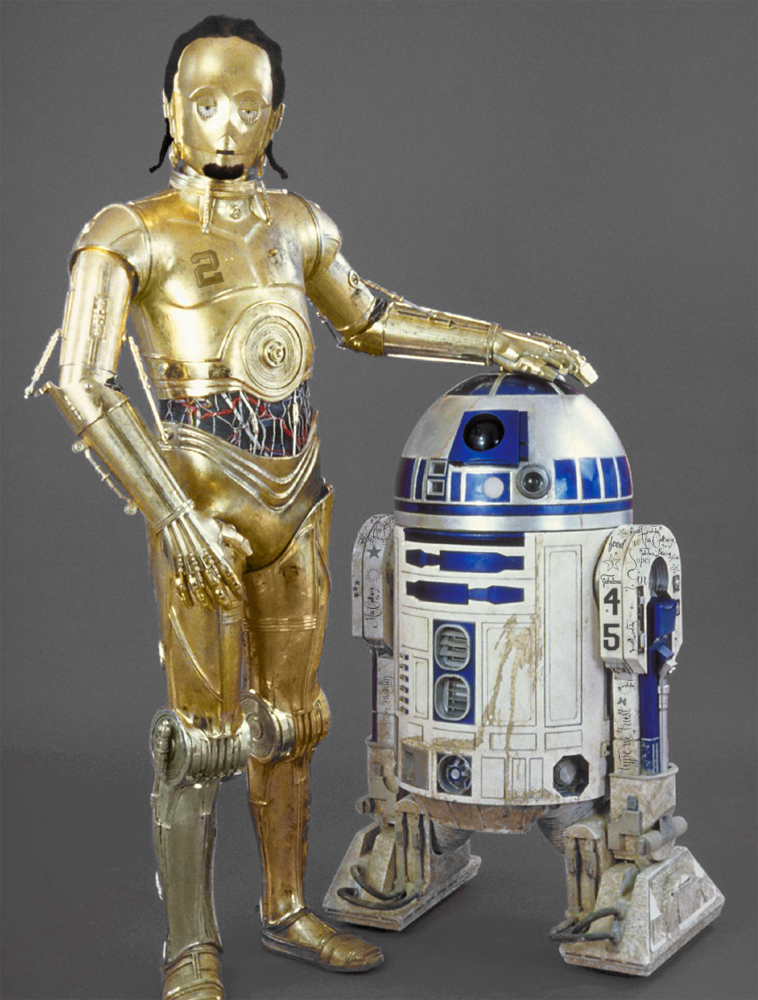 Upon meeting the young SkyParker, Duncobi reveals himself as Obi-Tim, and tells Tony of his days as a Spur Knight, a faction of fundamental ballplayers that were wiped out by the Empire. Tony learns that his father was also a Spur Knight, before being betrayed and defeated by Darth Bryant, who had turned to the dark side of The Zone. After relaying this history, Duncobi gives SkyParker his father's old light saber, with the hopes that the young man will train in the ways of the old-school ballers. 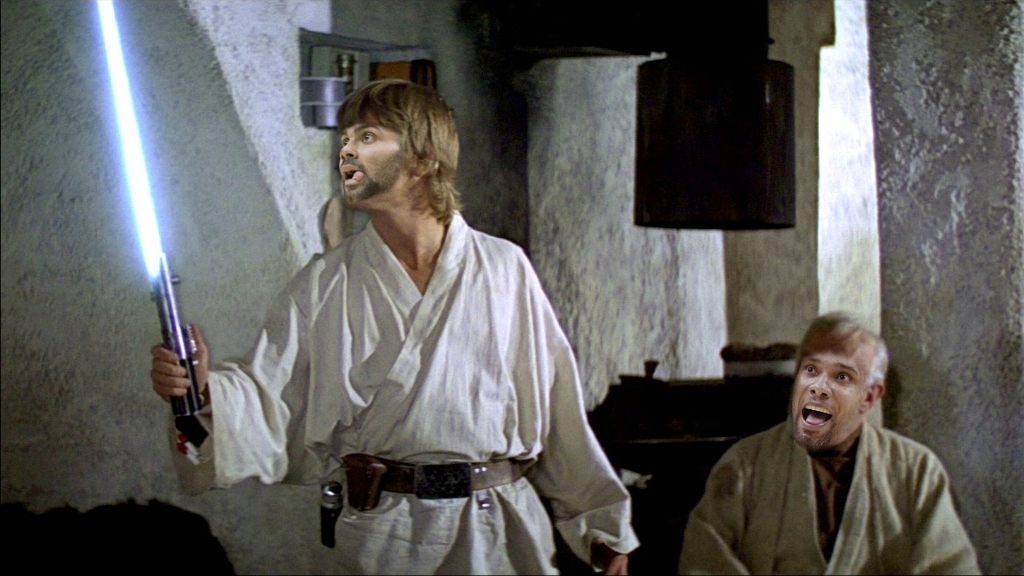 Obi-Tim retrieves Tia's message begging him to take the stolen playbook to her home planet of Bexeraan for use by the Small Market Alliance. He asks Tony to come along and learn the fundamental ways of basketball, The Zone. The young SkyParker refuses. But upon discovering the annihilation of his local team and ball court by Imperial Jumpshooters in search of D2-B2 and C3-Kleo, Tony changes his mind. He, Obi-Tim, and the droids head to Cuban's Cantina, the armpit of the galaxy, to find transport to the planet of Bexeraan. Here the group meets the unorthodox shooter, Manu Solo, who agrees to help for a price of 17,000 alfajores. 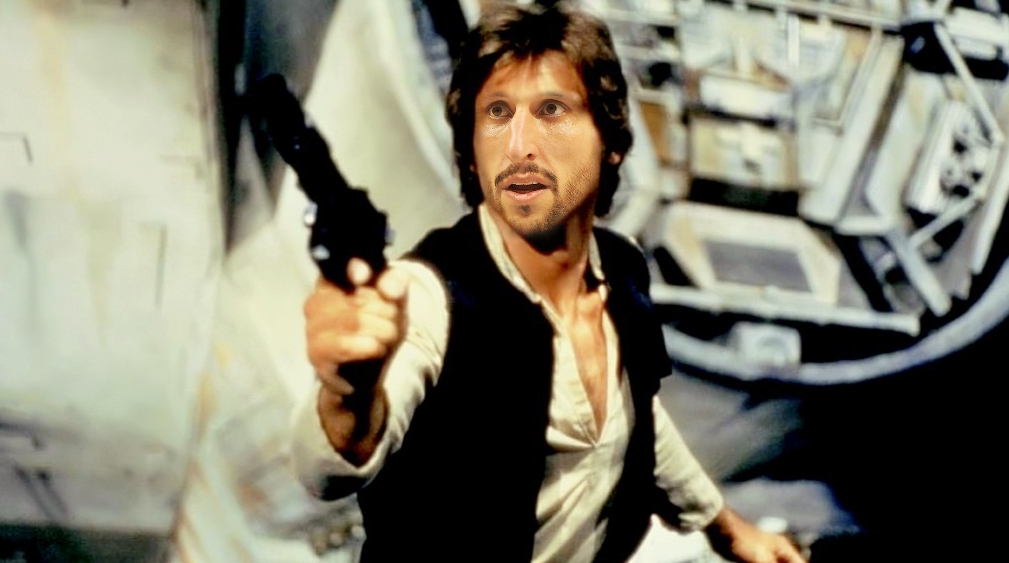 While trying to add Solo to the team, the gunslinger is accosted by the Lakerian bounty hunter, Metto, who wants to collect the bounty on Solo's head from his boss, JimBussa the Hut. The crazy bounty hunter throws an elbow that is quickly countered by Solo's deadly three-point shot. After barely escaping the Imperial forces, the team, along with the first mate Diawbacca, board the Millenium Coyote for the road trip to Bexeraan. On the way, Obi-Tim starts to train young SkyParker in the ways of the Spur Knights. 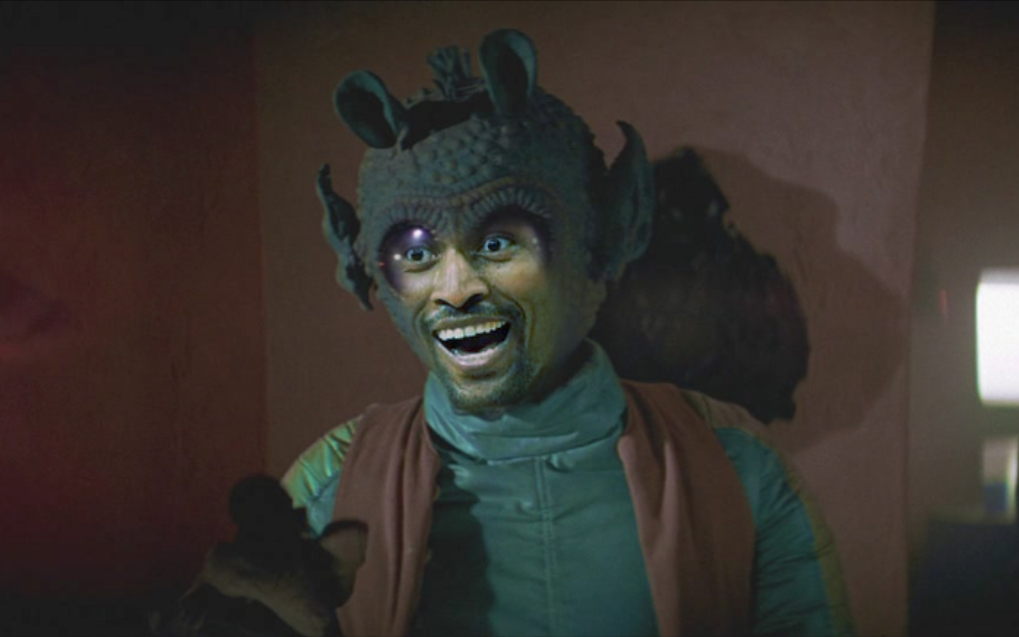 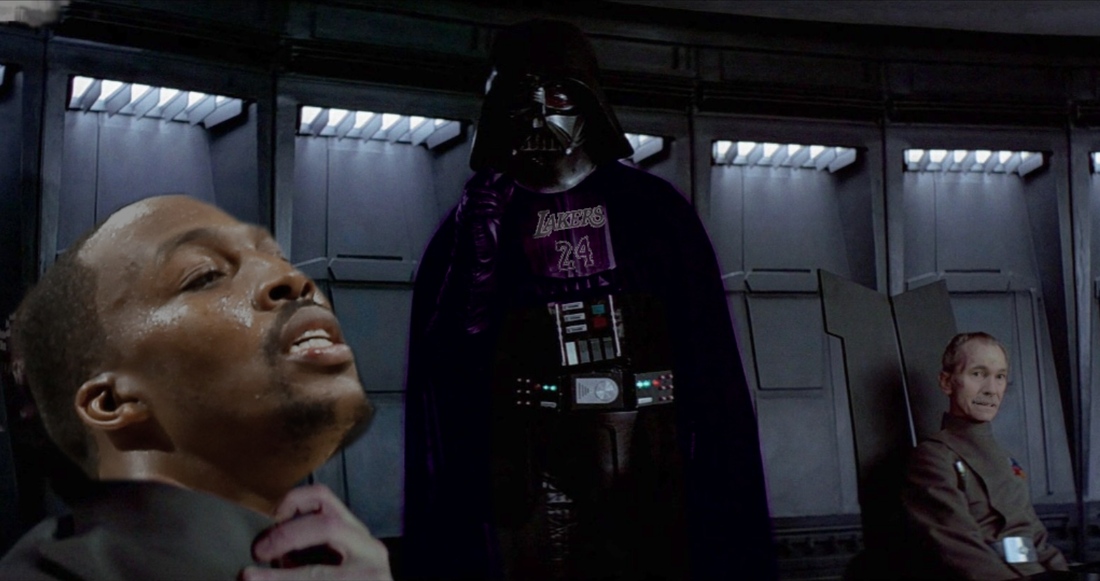 To pressure Princess Tia into revealing the location of the Small Market Alliance hidden base, D'Arkin, a proponent of offensive prowess (not defensive strategy), calls for the destruction of Bexaraan as a demostration of the battlestation's starpower. Unaware that the planet is already gone, Obi-Tim's group arrives in a field of floating tumbleweeds. The Coyote is captured by the high-powered media beam and pulled into the Lake Star. 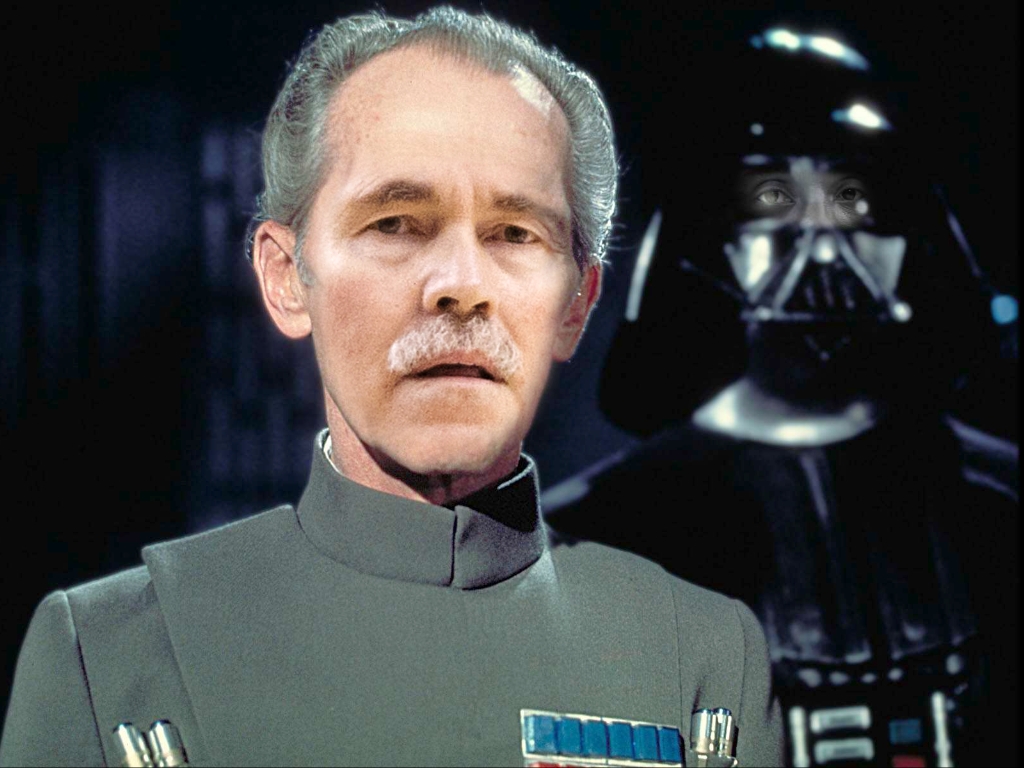 From the Coyote's Euro-smuggling compartments, the team ambushes an Imperial Jumpshooter scout team. While Obi-Tim goes off to disable the media beam, D2-B2 discovers that Princess Tia is imprisoned on the Lake Star. SkyParker convinces Solo to rescue the princess with the promise of a championship reward. The team finds the prisoner, but is trapped before they can escape. Princess Tia uses her reverse layup shot to blast through the defensive wall. With the timely intervention of D2-B2 and C3-Kleo, the team escapes the trash of Los Angeles and hurries back towards the ship. 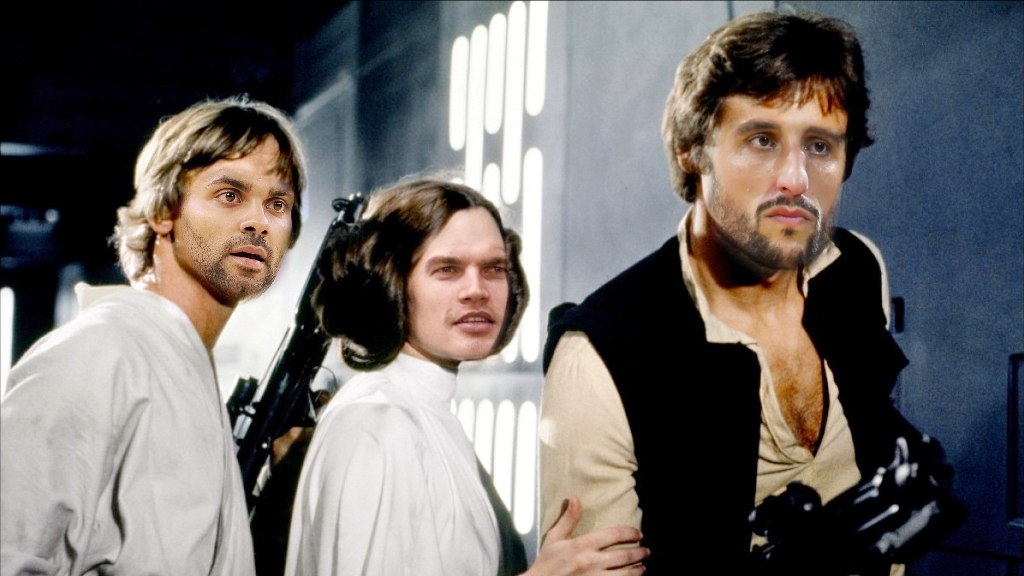 After disabling the media beam with his deadpan stare, Obi-Tim meets his long-time nemesis, Darth Bryant. For the good of the Small Market Alliance, Duncobi allows Darth Bryant to strike him down, foreseeing that his fall will make The Zone even more powerful. Tony sees Obi-Tim's demise from afar, in agony over his mentor's untimely death. The team escapes the Lake Star with the help of a few well-placed jump shots by SkyParker and travels to the hidden base on Banner IV. 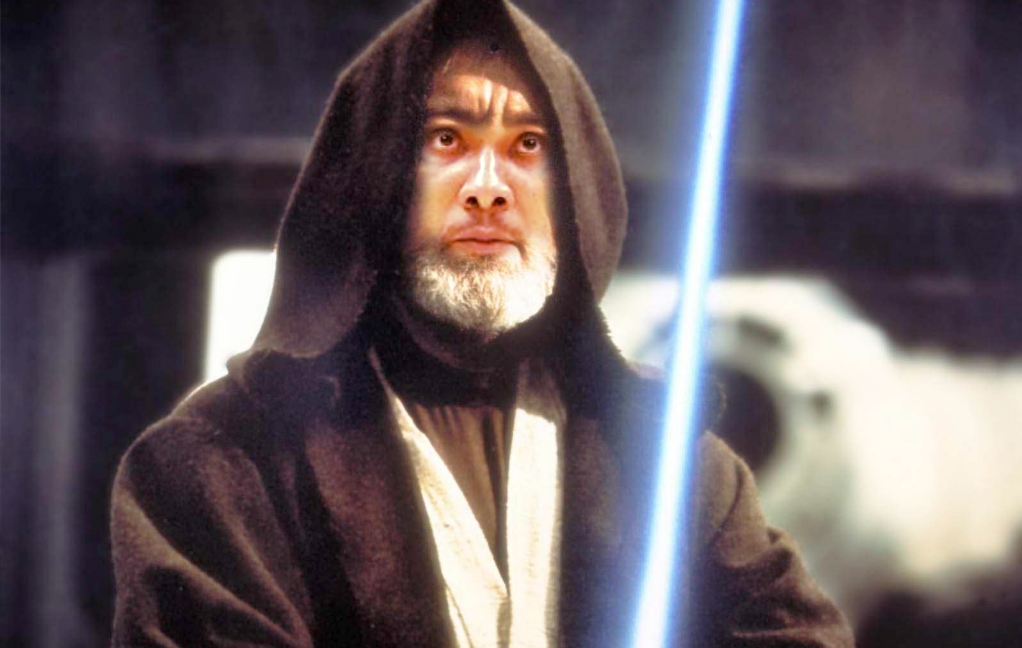 The Small Market Alliance analyzes the stolen playbook and discovers a vulnerable spot in the Lake Star. They concoct an audacious plan and launch their attack. Despite the onslaught by the rebel players, the Lake Star's defense holds with the help of dagger shots from Darth Bryant and his Imperial Jumpshooters. Soon, the only players left to mount an attack are SkyParker and the sharp-shooter wingman, Wedge Greentilles. 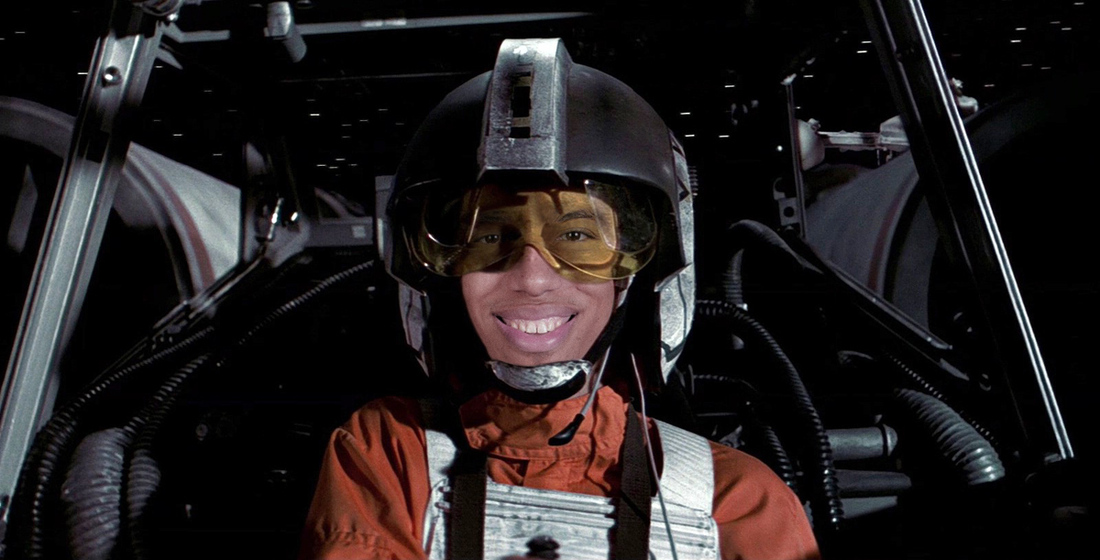 SkyParker prepares for one last fast break, but Darth has Tony in his sights, ready to take out the remaining threat. Manu Solo returns at the last second to steal the shot and send Darth Bryant careening through space. As Manu provides cover fire, SkyParker runs through the trenches. Seconds before the Lake Star can fire upon Banner IV, Tony sees the soft spot in the defense. With the words of Obi-Tim running through his mind, young SkyParker uses The Zone and shoots a teardrop, starting the chain reaction of destruction. Much to the surprise of the last officer on the Lake Star! 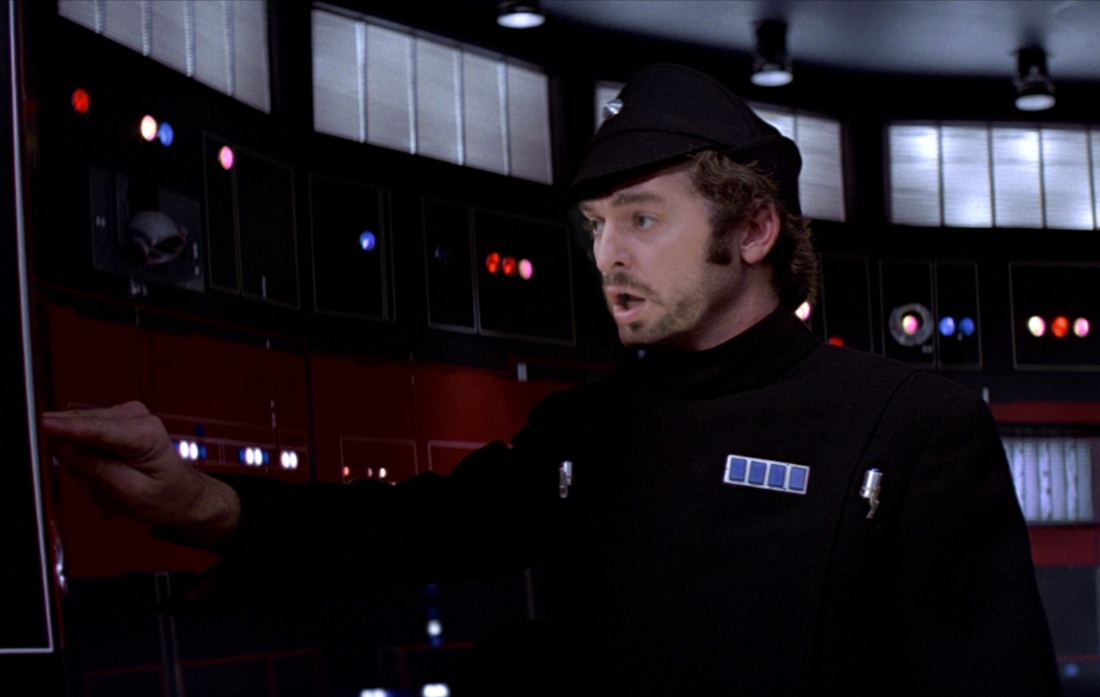 The Alliance celebrates on Banner IV, hoping this is the first step towards another championship. Tony SkyParker and Manu Solo are both awarded places on the All-Star team.

But little does the Small Market Alliance realize the evil genius of Emperor PalpaStern, who is already planning the construction of an even greater weapon of destruction, The Heat Star. Will the rebel Spurs prevail? We can only hope. 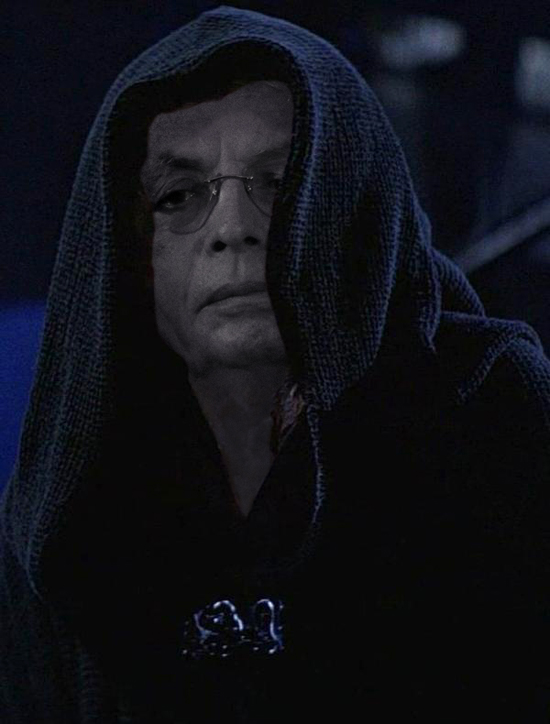