The AT&T Center was finally filled to near capacity, and the crowd was loud. It was the first Noche Latina, the Spurs in their white Los Spurs jerseys and the Bulls in their red Los Bulls. Plenty of Latin music filled the air during timeouts (if you can count Living La Vida Loca as Latin). Manu's parents were in attendance (but never saw little Dante with his arm in a cast). I guess it was a night meant for him to have a special game to remind us all of his greatness. He finally returned to fearlessly driving to the rim, and Chicago seemed unable to do too much to deter him: 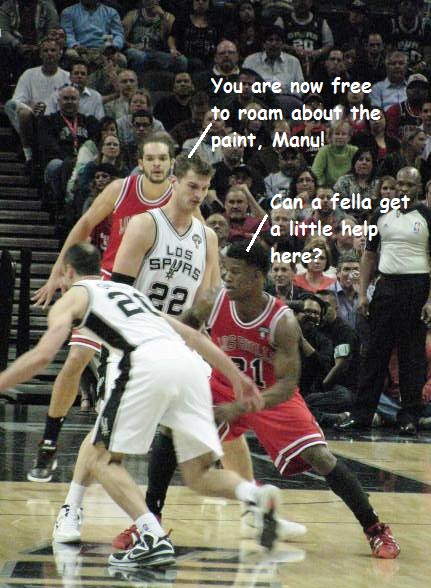 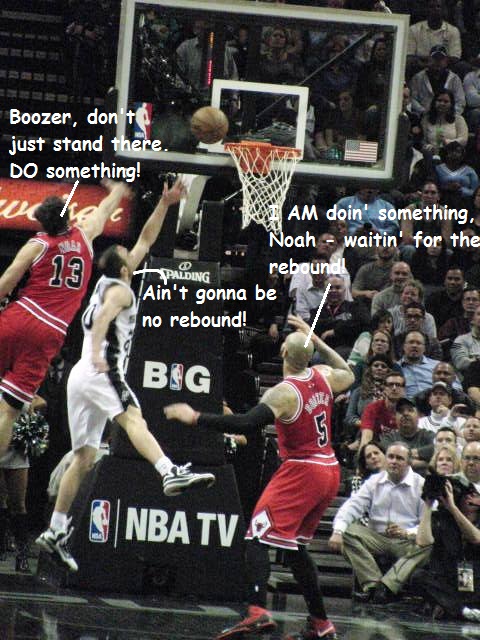 Cory Joseph got another start, and looked more and more comfortable with the offense. 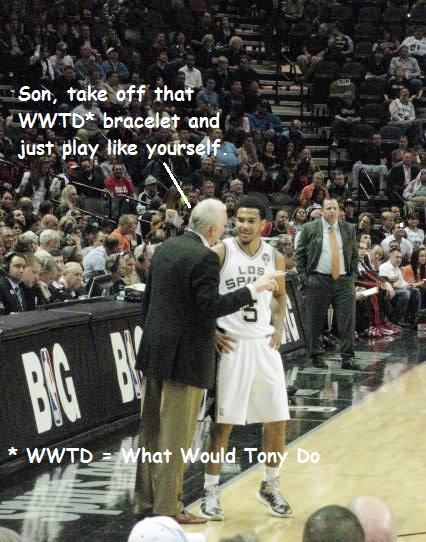 Patty Mills and the Spurs finally unveiled the rally towels tonight, selling the towels and t-shirts illustrating the various techniques to benefit the Silver and Black Give Back (the Spurs charity). Interesting, the towels are grey. Peter Holt hates white towels (the white flag of surrender), especially after a sponsor gave away white rally towels a few years ago during the playoffs, and the Spurs lost. 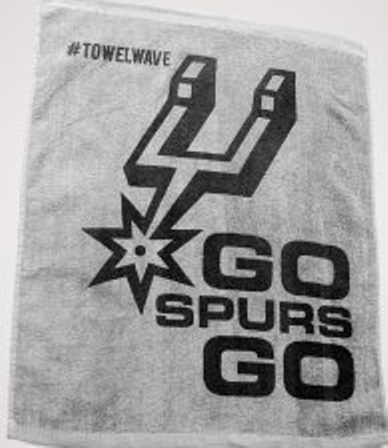 Patty also did a video demonstrating the various techniques of towel waving. Here he demonstrates how to properly holster your towel when it is not in use. The towels tonight were black, and Patty looked a bit alarmed when he asked the towel boy for one before the game. They are usually white. He also didn't wave his towel as much tonight, partly because of his playing time, but also because the Spurs suited 13 for the game, and Tony, in his suit, sat on the front row. Patty had to sit on the floor on the baseline when he was not in the game. 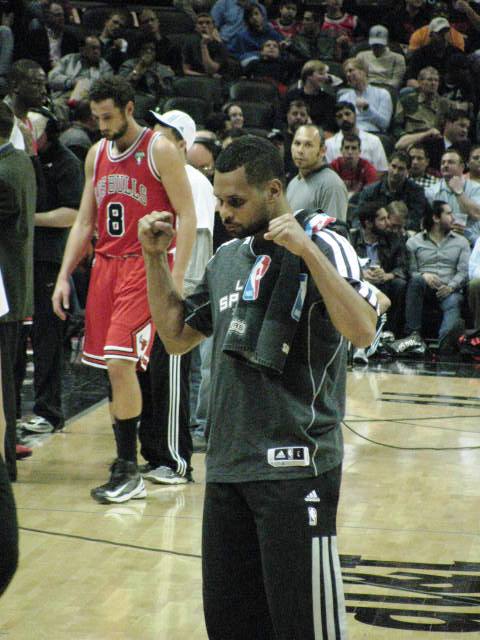 I'm sure many fans had circled this game when the schedules came out, hoping to see Derrick Rose back in action against Tony Parker. Here's what they got instead: Cory Joseph v. Nate Robinson. 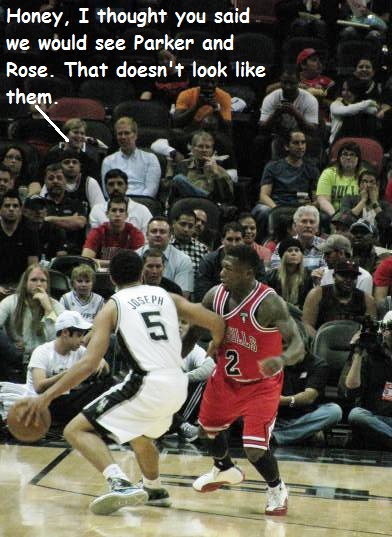 Noche Latina is a not very veiled attempt by the NBA to sell more merchandise (it works - I have a Los Spurs Jersey and t-shirt), but what do you think? Would these jerseys sell in the Fan Shop? Incidently, I did not see the bat in the arena tonight, but Manu wanted no part of those heroics this time. 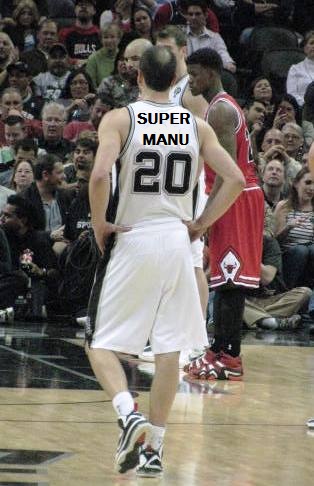 As Manu sat in front of the NBA poster waiting to enter the game, I was reminded of something Spurs' broadcaster Bill Land said to me when we were talking about him after a game: "What a perfect role model he is for what an NBA player should be on and off the court." So true! 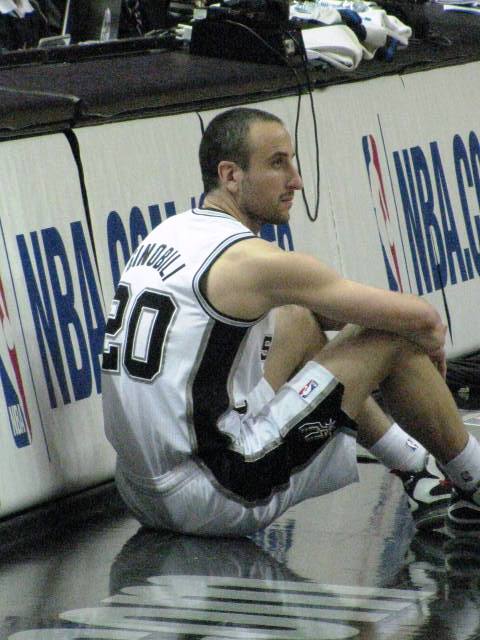