Just a little sarcasm from this one, some observations on a ref's pre-game attire, and comments on professional autograph seekers. I also got some nice shots. Let's begin with one showing the long arms and huge hands of Kawhi as he stretches to grab this defensive rebound. 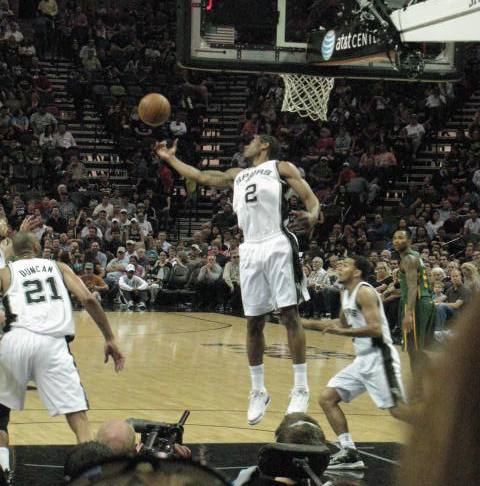 Tony seems to have no problem elevating on his ankle as he seems to float high in the air after making a cross court pass. 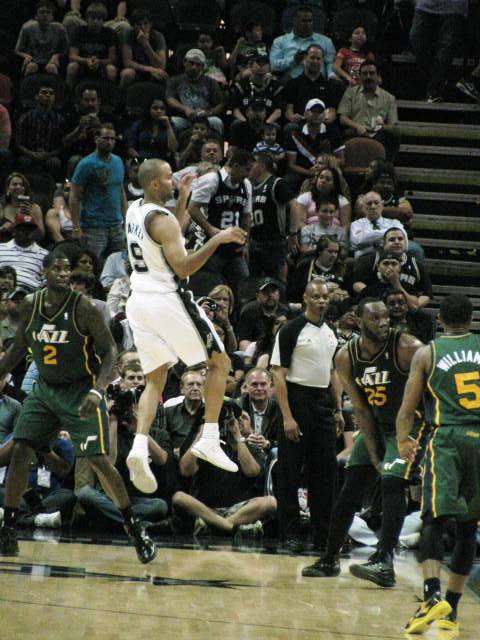 Tiago closes fast on Jefferson, causing him to miss this shot late in the game. 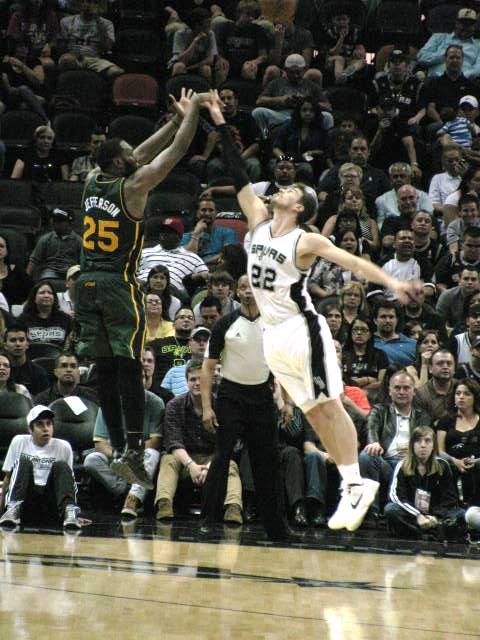 We haven't seen much of referee Monty McCutcheon at the AT&T this season, but it's always a treat to check out his attire when he comes out pre-game to check the equipment at the scorer's table. He always wears a colorful suit and a bowtie. This one looks almost like a zoot suit. You'll never see this on TV, folks, and I doubt if you would have expected such attire on a ref. The only thing to rival him this evening was Express News sportswriter Dan McCarney's white sport coat, which was too blinding to photograph! Dan related that he has quit wearing his black and white wingtips because Danny Green said they reminded him of the shoes he wore to his high school prom. 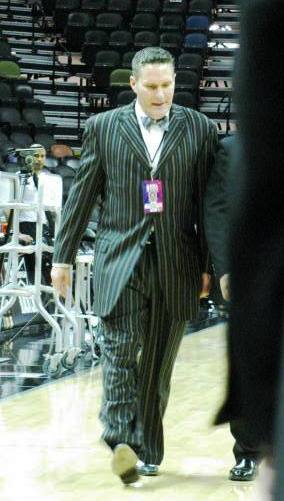 I did not observe any toes to the forehead maneuvers on the bench tonight, but did see Manu doing a seated high kick. No one else tried it. 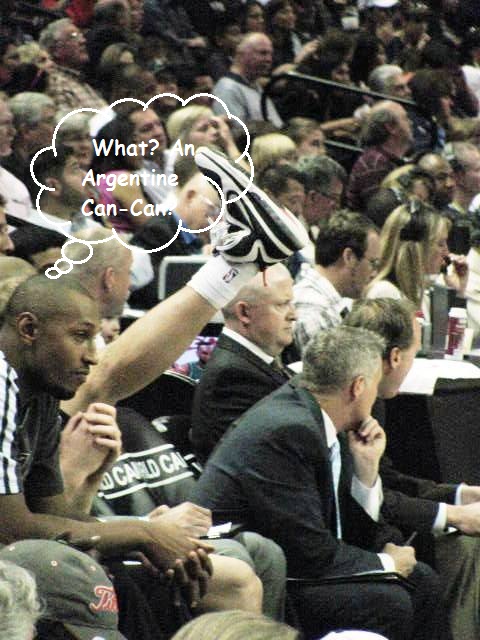 Patty Mills was busy waving his towel and encouraging his teammates in this one, his only role in the game. I saw this pose several times, usually on a shot by Kawhi. Anybody know what this is? 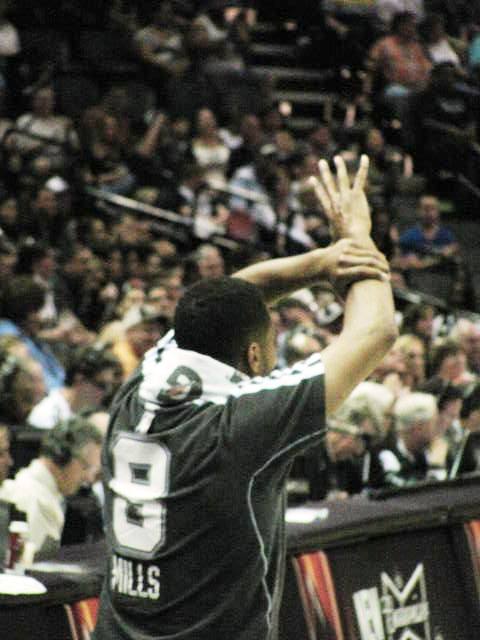 And finally, this guy in front of me was wearing a Tim Duncan jersey autographed by Manu Ginobili - no other autographs on it. The autograph area is a writhing sea of humanity before every game, but I'd venture that at least one-third of those who are there are present almost every game. I asked one of them about his portfolio of 18x24 inch posters of the guys - where he got them (a buddy who was also in line prints them), was he aware of copyright laws (oh, they're all over the Internet), and what was he going to do with them (he runs charity auctions for some 30 groups, like Boys Clubs and Youth Basketball groups, and auctions them, taking 50% of the auction price as his fee - YIKES!). I have seen his buddy at almost every game. These guys buy premium seats so they get in two hours early - I guess it's deductible as a business expense. 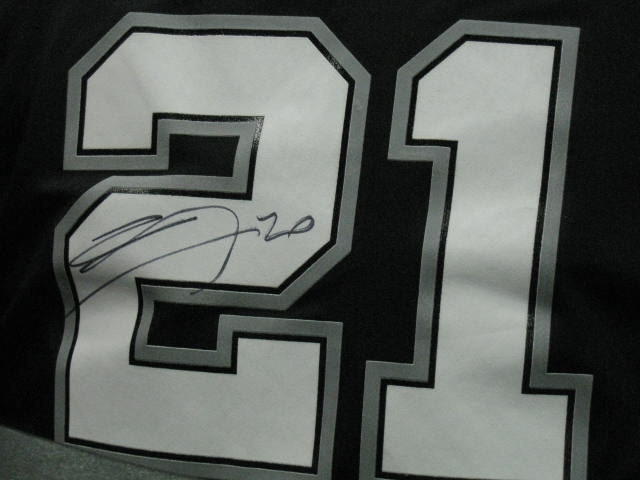