Among other things in this game, the "let's try and touch our toes to our head like Manu" game continued on the bench: 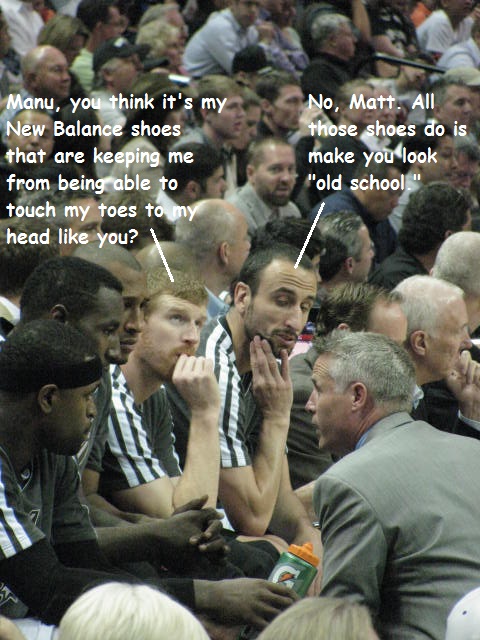 Boris eventually succeeded in touching his toes to his head, but lacked the style and grace of Manu: 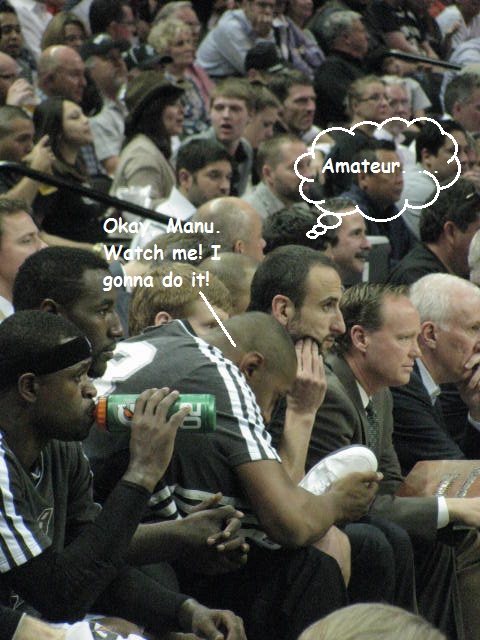 The return of Richard Jefferson to the AT&T Center - when he entered the game, he was greeted with boos. 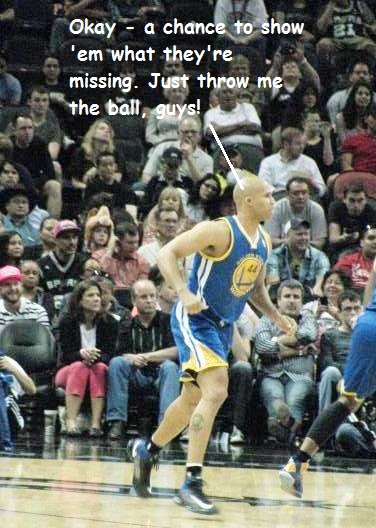 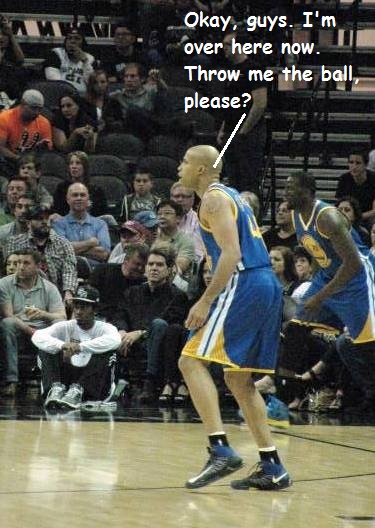 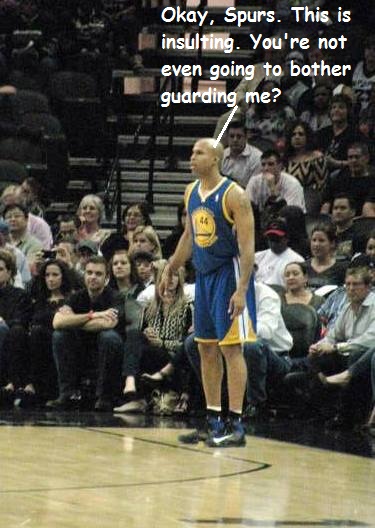 Manu became increasingly frustrated with the lack of calls and made his case to all three refs at some point in the game: 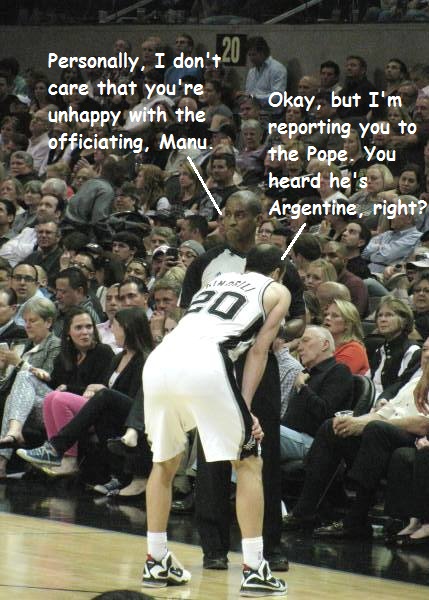 Pop also had several conversations with the refs - here he demonstrates how a Warrior moved under one of his guys: 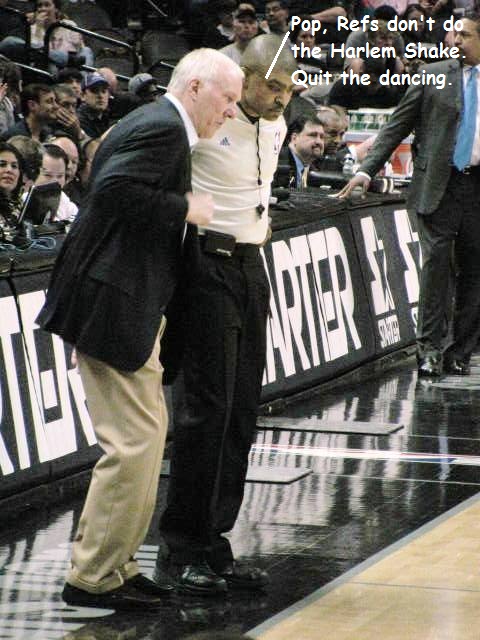 The conversation seemed to end on a good note: 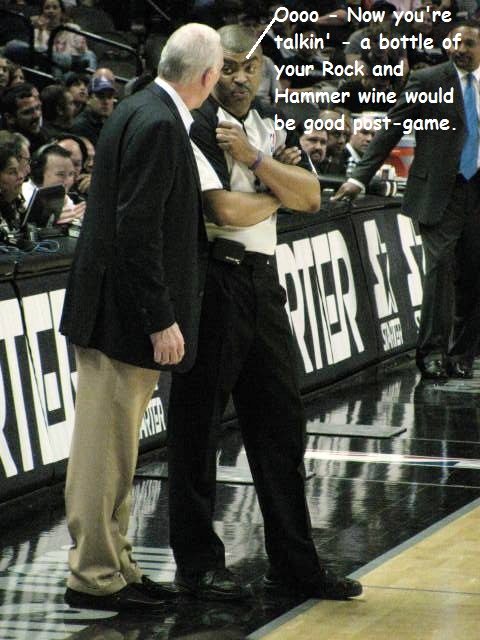 This is an amazing drawing by a Japanese woman attending the games this week. She has managed to get most of the Spurs to sign it over two games. She and her husband first attended a game two years ago, but missed last year due to the birth of their child. They are back this season, with their little boy. 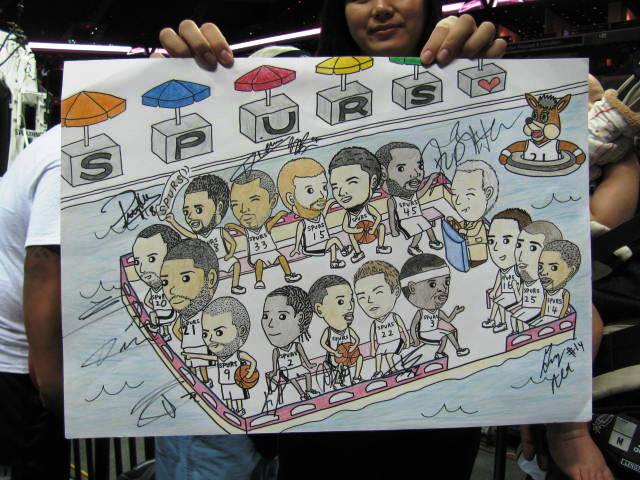